FIRST WATCH: It was in the Cards for Zenescope 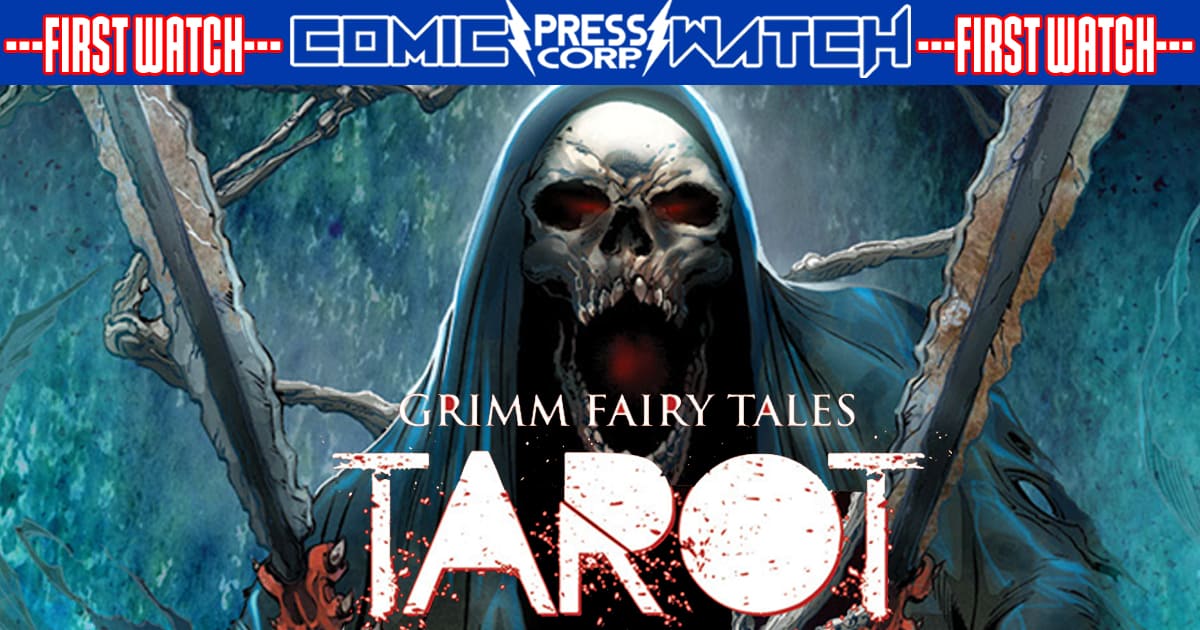 The mystifying Order of Tarot has been foreordained as it peers out from the darkness with its sights set on ruling the Realms of Power. With the courts of Swords, Cups, Wands, and Pentacles fulfilling everything he dictates, the Emperor is ready to catapult his assault on the Grimm Universe. The only thing that threatens his path is a wildcard named Talisman. 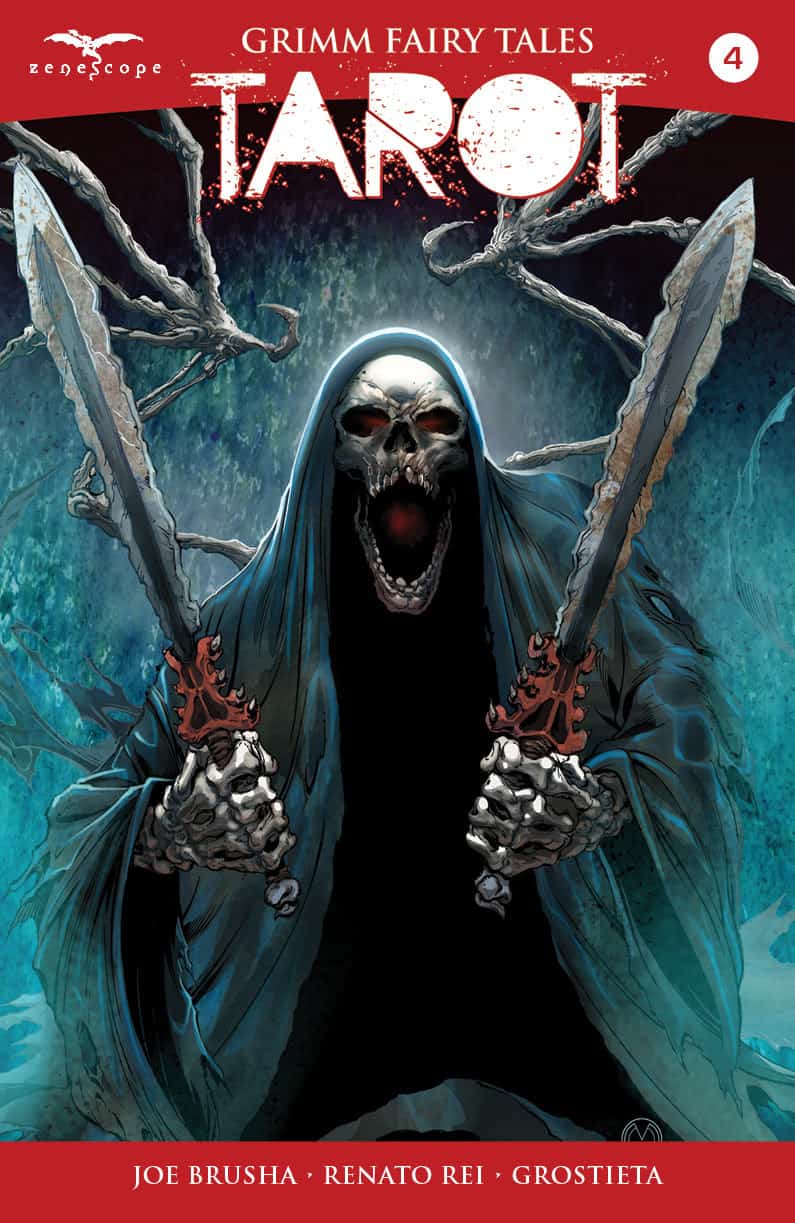 Grimm Fairy Tales: Tarot universe is within the court of Tarot, a magical universe, where cards we gaze upon to lead us on our righteous path now physically control their own fates. From the ferocity that drives the beautiful Empress to the malicious contrivances of Tarot, the artwork is superbly satisfying as ideologies of a mystical power are humanized, and demonized, but are able to precisely represent the true path they must follow. Will The Talisman emerge victoriously and escape his destiny of being Tarot’s servant? Or has Tarot already began to reign supreme as he watches his plan unfold before him. 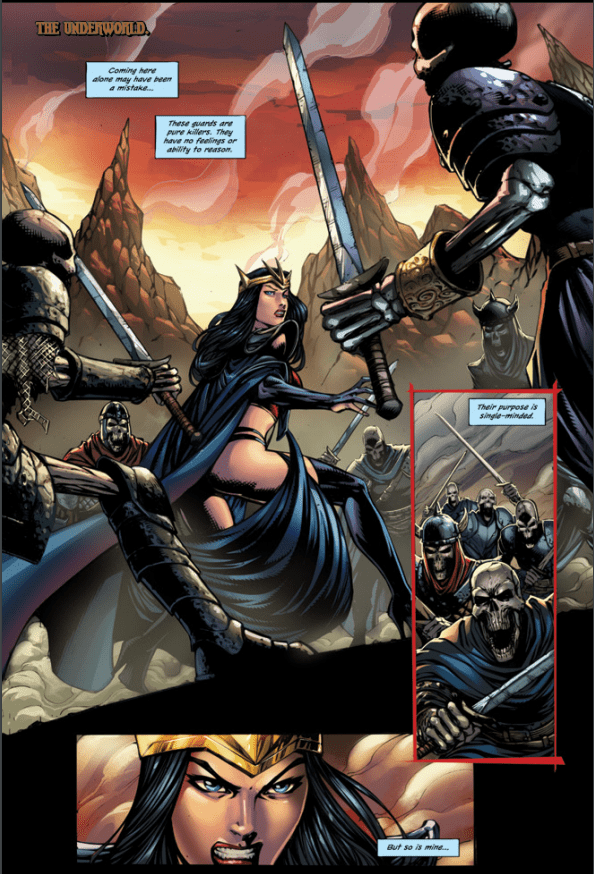 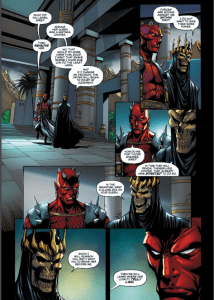