This June, The Sentry is returning to the Marvel Universe, along with writer Jeff Lemire (Moon Knight) and Kim Jacinto (Avengers: No Surrender) in an all-new story! “Having made his dramatic and unexpected return in Donny Cates’ DOCTOR STRANGE story, it was a no-brainer for us to move ahead on an actual SENTRY series!”

“It was my great fortune that Jeff Lemire was eager to lend his talents to the project, as it will live in the sort of off-kilter head-space that his MOON KNIGHT and Black Hammer projects exist in,” said SVP and Executive Editor Tom Brevoort. “And Kim Jacinto, fresh off of AVENGERS: NO SURRENDER is the perfect artist to help visualize the worlds of this shining champion who’s also got a dark underbelly.”

Speaking about the Sentry, Lemire said, “The Sentry is a fascinating character…I absolutely loved the original Sentry series by Paul Jenkins and Jae Lee when it first came out, so I jumped at the chance to write the character. The Sentry has a lot of emotional depth and a lot for me to dig into in terms of the psychology of the character.”

The Sentry’s dark side is more tangible and aggressive than most people’s. It manifests as the evil supervillain force called The Void, who seeks to undo all the good that Sentry does. Lemire hints that the Void – who is currently locked in Doctor Strange’s closet – will remain Sentry’s shadow in the new series. 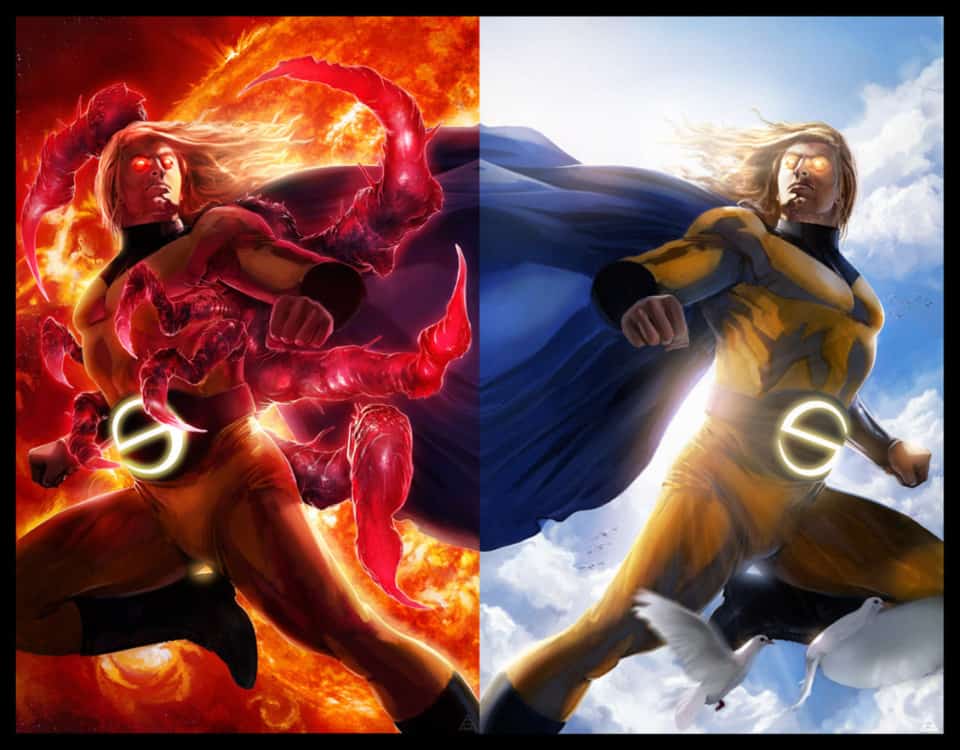 “You cannot have The Sentry without the Void,” Lemire says. “But what I was very conscious of was not simply retelling the same stories that had been told in the past with Sentry and Void. I want to see their relationship and their characters evolve and go in new directions.”

The Sentry series will pick up some time after Sentry’s appearance in Doctor Strange. “Bob will begin to reconnect with the rest of the Marvel U again,” Lemire says. “In fact, our series will start a few months after the events in Donny Cates’ Doctor Strange, and Bob will already be reintegrated into the Marvel Universe a bit more.”

Jacinto says of his visual approach to The Sentry that “We are going with the traditional Sentry look but we have some surprises in store too.” One of those twists is seeing the Sentry active in two different universes, distinguished by Jacinto’s art vacillating between “a bit clean to dark and gritty.” Jacinto says its a challenge, but “drawing different realities are fun and sometimes fun takes out the challenge.” Lemire has dealt with one of Marvel’s more mentally unstable characters before during his run on Moon Knight, but he says the Sentry requires a different approach.

“Well, it’s is different since Sentry and Moon Knight both have very different issues,” Lemire explains. “In both cases, I wanted to craft a narrative structure that reflected those mental health issues and both series deal with multiple realities reflecting the inner landscape of the characters, so I suppose you could draw a comparison there. But The Sentry is not a retread of what I did in Moon Knight. But I did want to create a story filled with mystery and psychological depth like I did with Moon Knight.”(Comicbook.com)