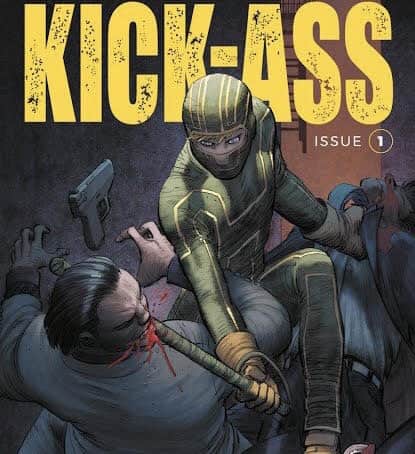 Mark Millar and artist John Romita Jr. first published Kick-Ass in 2008, with the idea, What if a high school kid tried his hand at being a superhero?  Now, 10 years later, Millar and Romita are returning to Kick-Ass, but this time, there’s a new hero under the mask.

The Kick-Ass mantle has now passed from Dave to a black woman named Patience Lee. As a veteran and a mother, Patience hails from quite a different background than Dave. In order to understand where she’s coming from, EW caught up with Millar ahead of the new Kick-Ass comic’s debut next month. 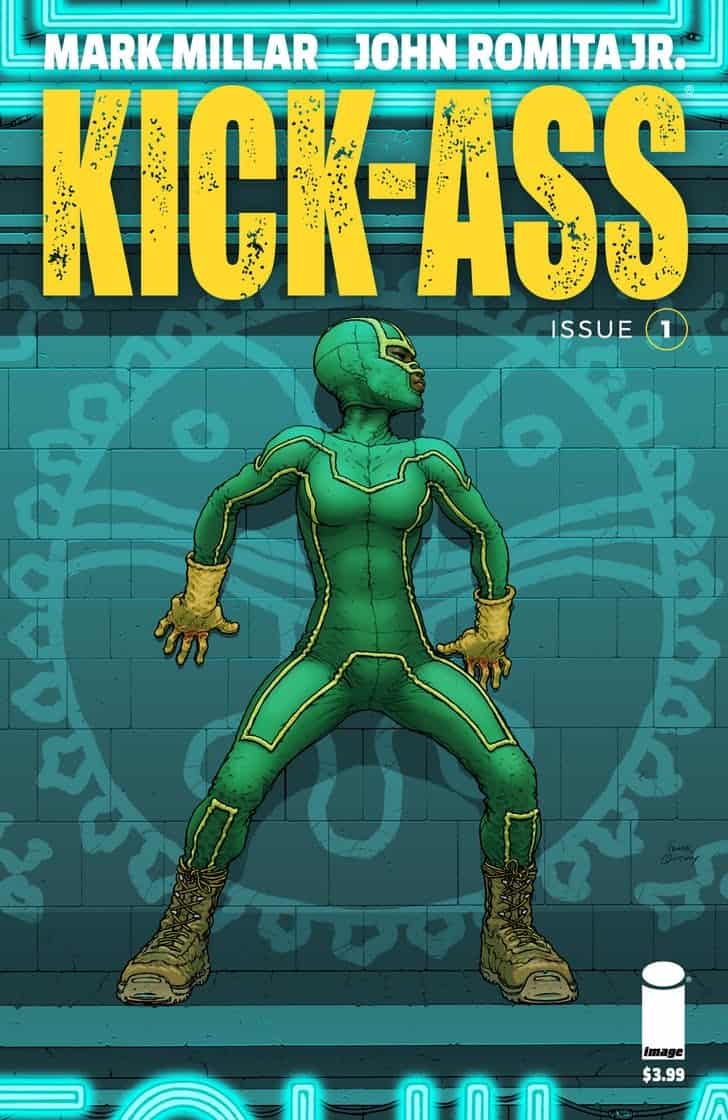 Recently, creator/writer, Mark Millar told Entertainment Weekly, “It’s like slipping into a warm bath.  I don’t know what it is about Kick-Ass as a concept, but it’s caught on like no other.  We had a movie within two years of the comic coming out, sequels, toys, clothes, Pez dispensers.  We’ve done over a million copies of the Dave Lizewski storyline around the world, and the books just keep on selling.  I never wanted to stop writing it.  I just had other things I wanted to do at the same time and unfortunately not terribly fast.  But it’s nice to get back and write a story that had been in my head a long time.  Kick-Ass was always a legacy character for me.  It’s like Doctor Who or The Flash or Green Lantern or James Bond in that it should be rebooted every once in a while with a new face. The same thing should happen again in five years.” 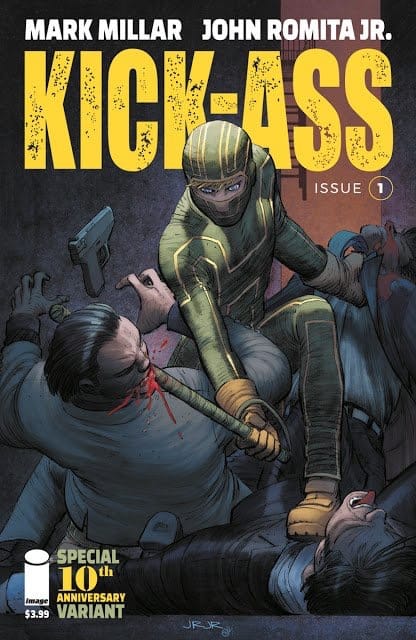 Talking about what separates the new main character, Patience Lee from older Kick-Ass Mantle holder, Dave Lizewski, Millar said, “The big difference is that she’s immensely capable.  I have a lot of fun playing with this in the story because Dave Lizewski was a good-hearted, ordinary loser who came home every night with broken ribs or a black eye and wasn’t especially well-trained. He just had good intentions.  Patience is completely different in that she’s just back from Afghanistan and finds her life in a very unusual situation, one in which it makes sense for her to suddenly be dressing up in a green wetsuit and carrying a couple of sticks at night.  Their personalities are just completely different, and being in her 30s and a mother gives the whole thing a completely different edge too.  This is a military vet as opposed to a bored schoolboy, and she feels more in keeping with the more capable hero archetype of this decade.  The ’70s lead was a man in touch with his feelings, the ’80s leads were hard-bodied and one-dimensional, the ’90s leads were animated funnymen, and the noughties leads were nerds.  I hadn’t even realized it until I’d written it, as these things are very subconscious, but the nerdy Dave just feels wrong for now, and the very effective, meticulous Patience just feels right.  It would be boring seeing a teenage superhero just screwing up again.  Seeing someone who’s really good at this and wearing that costume is actually really exciting and gives the comic a really different flavor, especially where we go with it.” 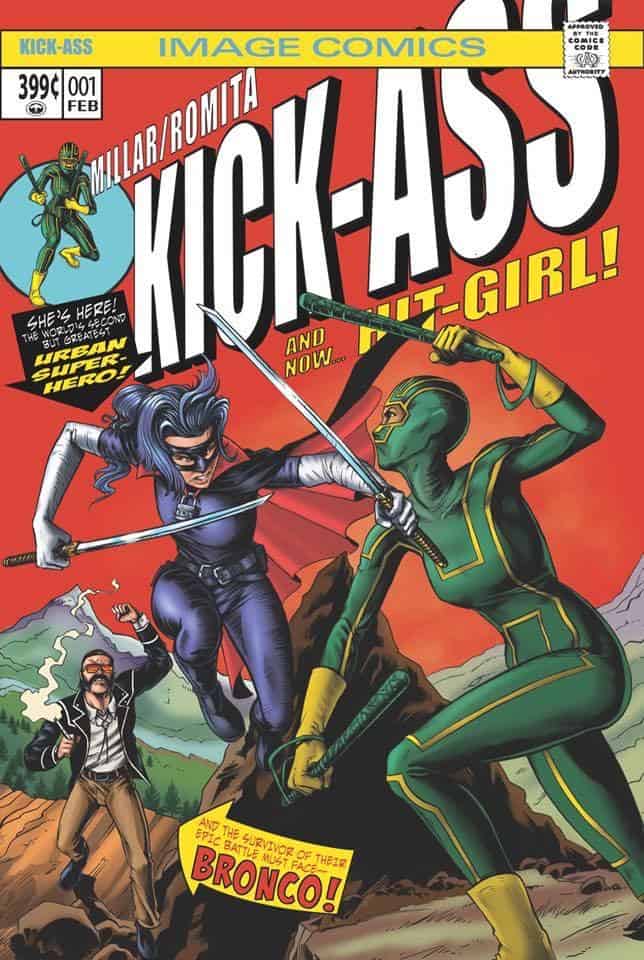 Millar also spoke to how Patience goes from serving in Aphganistan to being a Superhero, saying “There’s something a little bit super-heroic about public service jobs, whether it’s fire-service, police, medics or military.  You wear a uniform to stand out from the crowd, you tackle emergencies, and you’re not always known by your real name, prefixed instead by Doctor or Lieutenant or whatever.  So it seems a natural fit for her, a logical career progression, but that’s one of the big mysteries in the story because she’s not actually a comic fan and has her own reasons for doing this.  She’s completely different from Dave in that regard, and people are going to be surprised by what we’ve done here.  It’s completely fresh.” 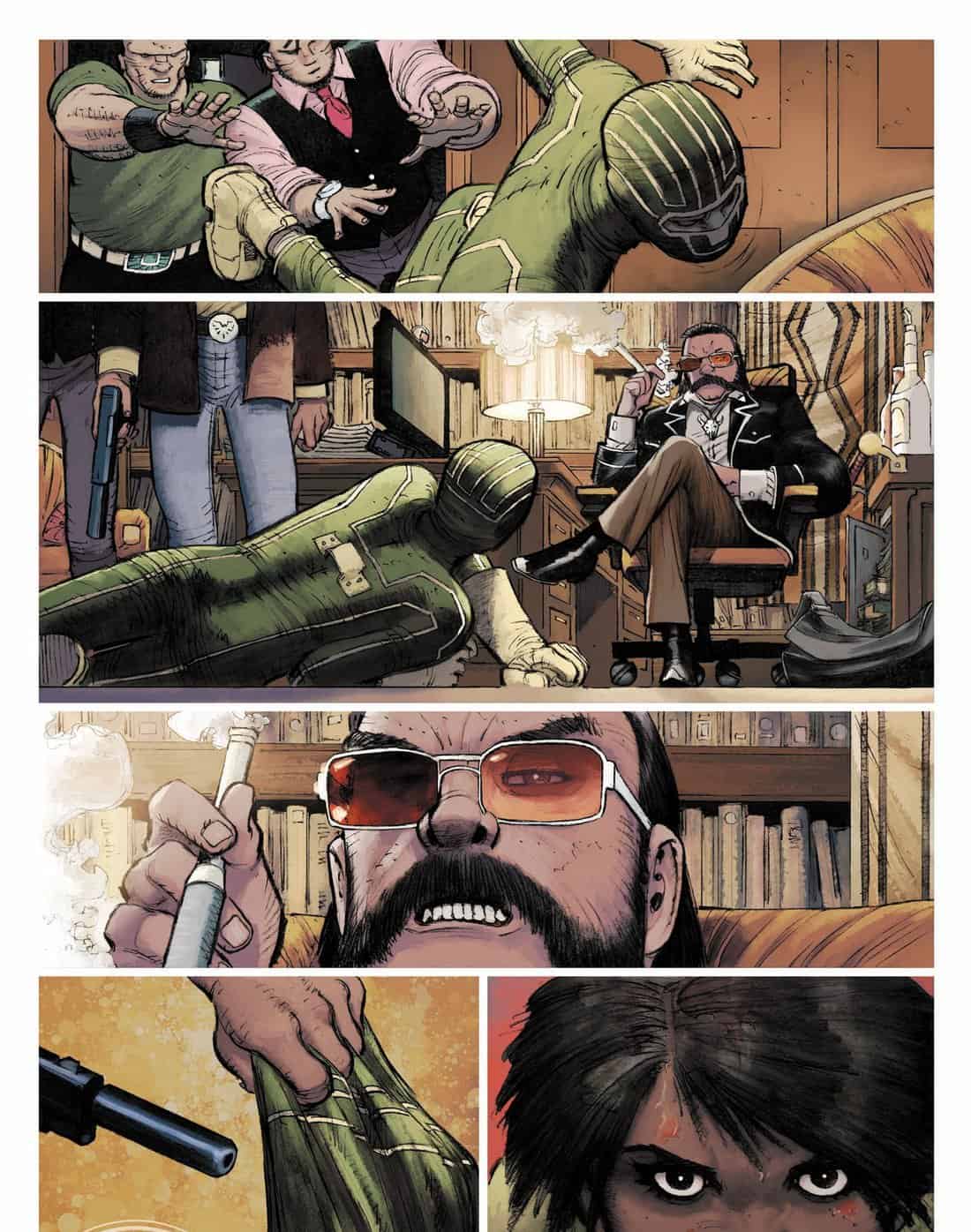 The most impressive quote that really stuck out was speaking to the level of violence because Patience is trained, a military veteran who’s seen action in Aphganistan, “Millar. Romita. Kick-Ass. I can guarantee absurd levels of violence with those ingredients.” 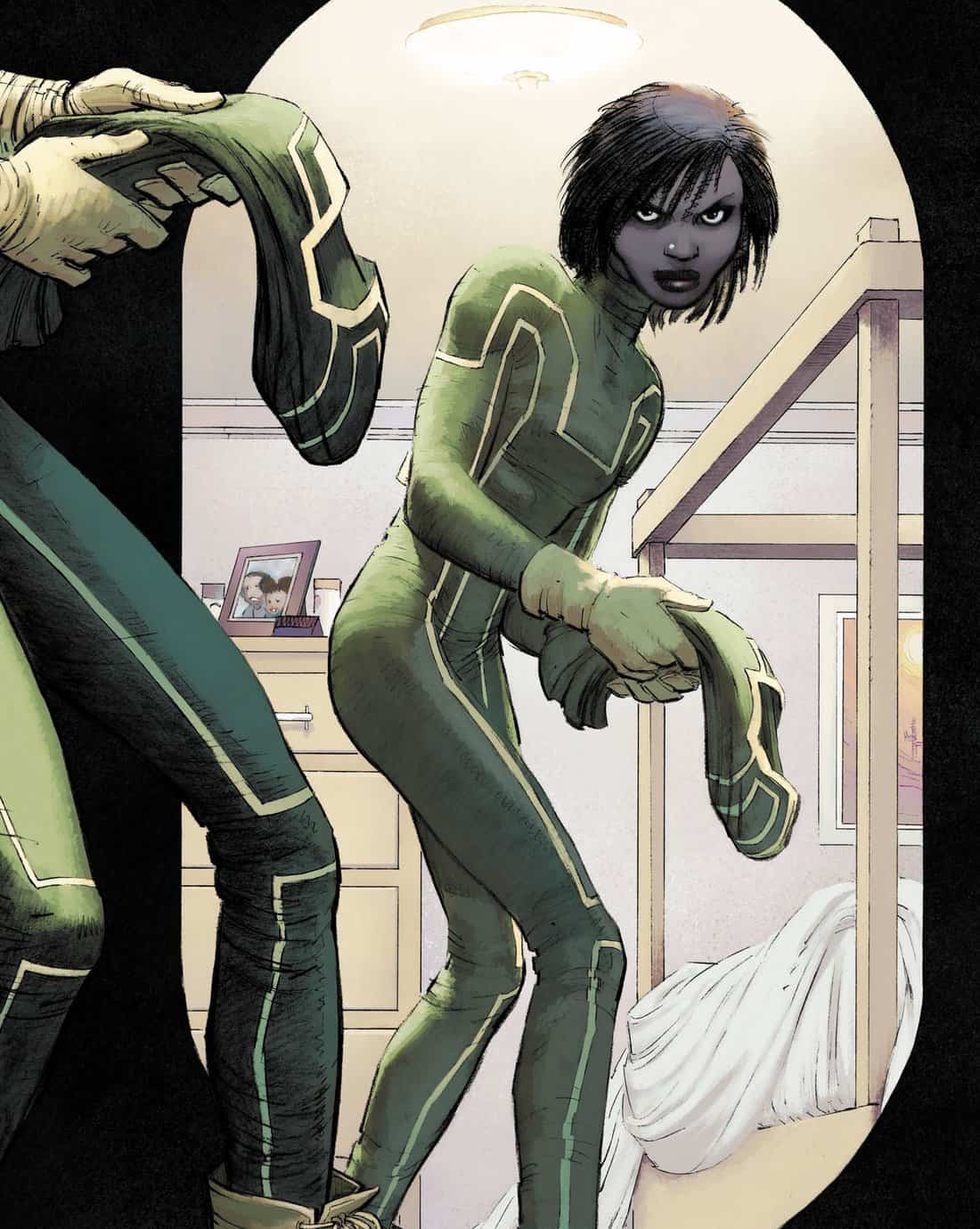