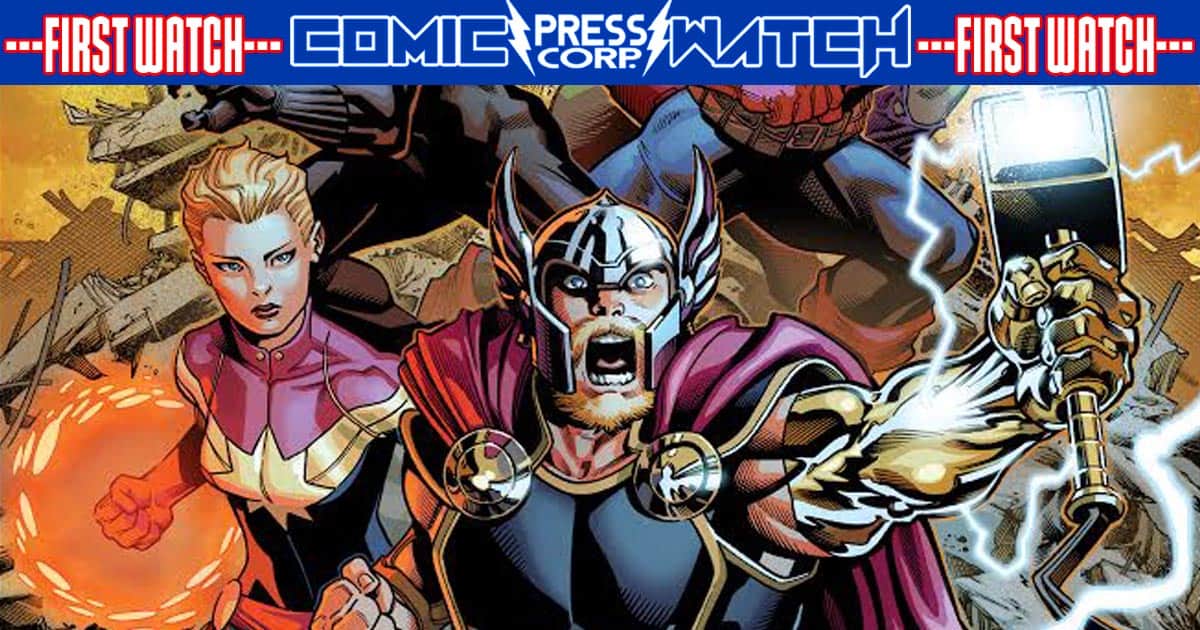 Marvel Comics will be kicking off a relaunch of almost their entire superhero comic book line this May, with new creative teams, new series, new directions, new beginnings, all starting with Cates and Stegman on Venom and a new Avengers series by writer Jason Aaron and artist Ed McGuinness reportedly acting as the flagship title.

“Over the next couple of weeks, we’ll be rolling out new beginnings for a few of our key franchises—new creative teams, new starting points, new storylines—all the big stuff that we’ve been building towards since LEGACY began,” says SVP and Executive Editor Tom Brevoort. “This isn’t a clearing of the slate—while these new starts will kick off with new #1s, we’ll be maintaining the classic LEGACY issue counts as dual numbering on these titles as well. Oh, and don’t read anything into not seeing a character on the Jim Cheung piece…we can only squeeze so many characters onto there without killing poor Jim!” 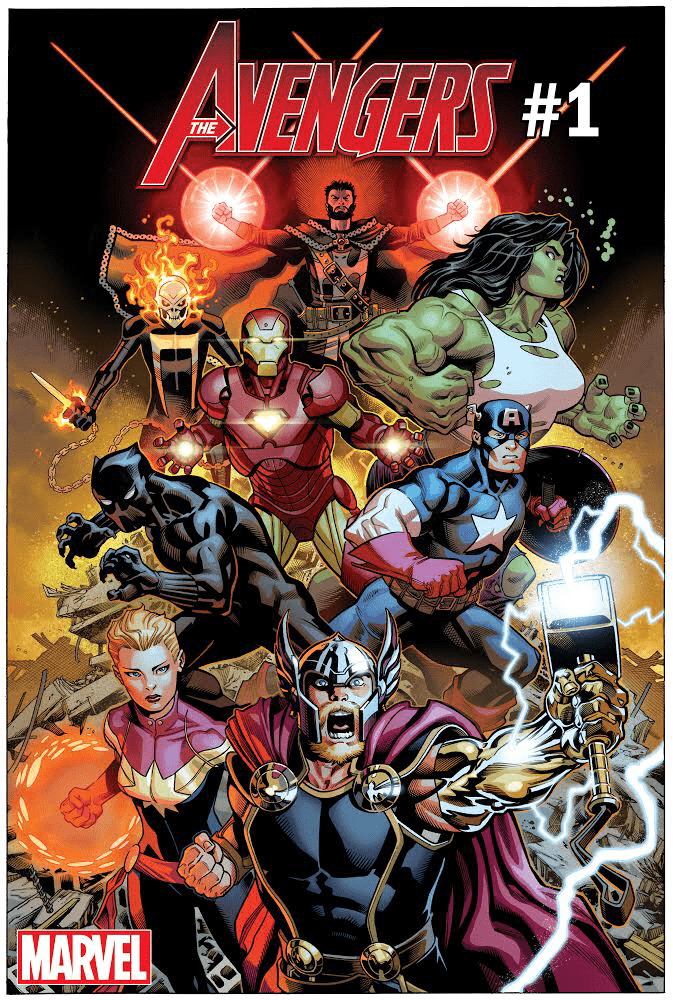 Brevoort continues, stating he wants the Avengers — and the rest of Marvel’s new comics — to get off to a fresh start, and nothing does that better than a new #1. This means that the return to legacy numbering done as part of last year’s Marvel Legacy relaunch will be going away. Brevoort did express an interest in keeping the legacy numbering around in sub-ordinate fashion for select titles, but ultimately he favors keeping things as clear and unconfusing as possible for readers. 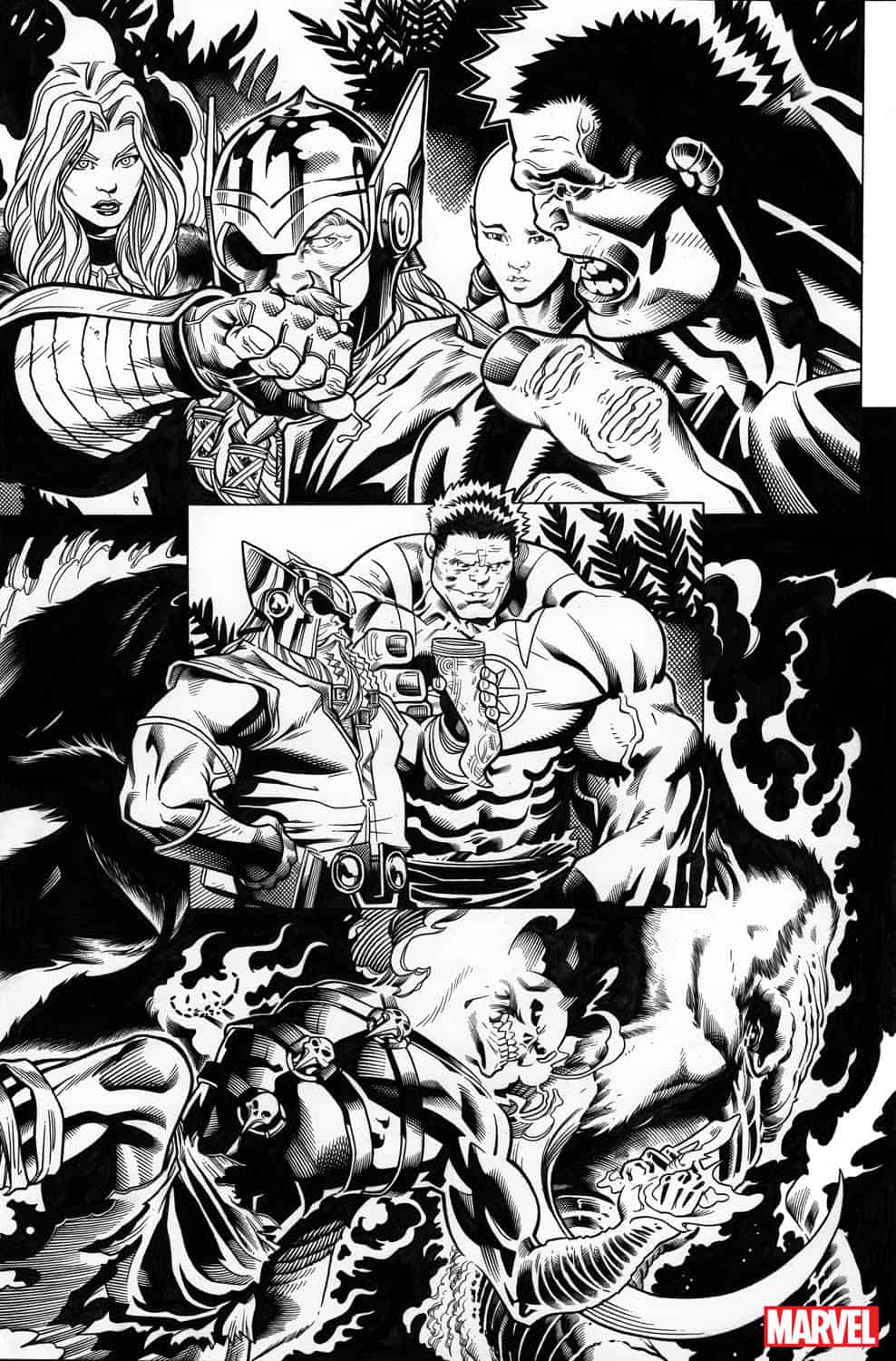 The new Avengers series will ship 18 times a year and be the single Avengers title going forward. For years Marvel has had multiple Avengers books that made up a sizable chunk of their publishing line — New Avengers, Uncanny Avengers, Secret Avengers, etc. — so this comes as a big change. It won’t come as a surprise to current readers of the Avengers because January’s Avengers #675 saw all Avengers monthly books merge into one weekly Avengers series for a story called “No Surrender.” That story tears the Avengers down to their foundation and results in a death of Avengers, which sets the stage for the new team you see on the cover to the upcoming Avengers #1. The lineup includes the “Big Three” of the Avengers — Thor Odinson, Steve Rogers, and Tony Stark — united once more for the first time in years. In addition to the Big Three, the rest of the roster features Captain Marvel, Black Panther, Ghost Rider (Robbie Reyes), Hulk (Jennifer Walters) and Doctor Strange, who will only be on the team for a limited time in a “rotating slot.” 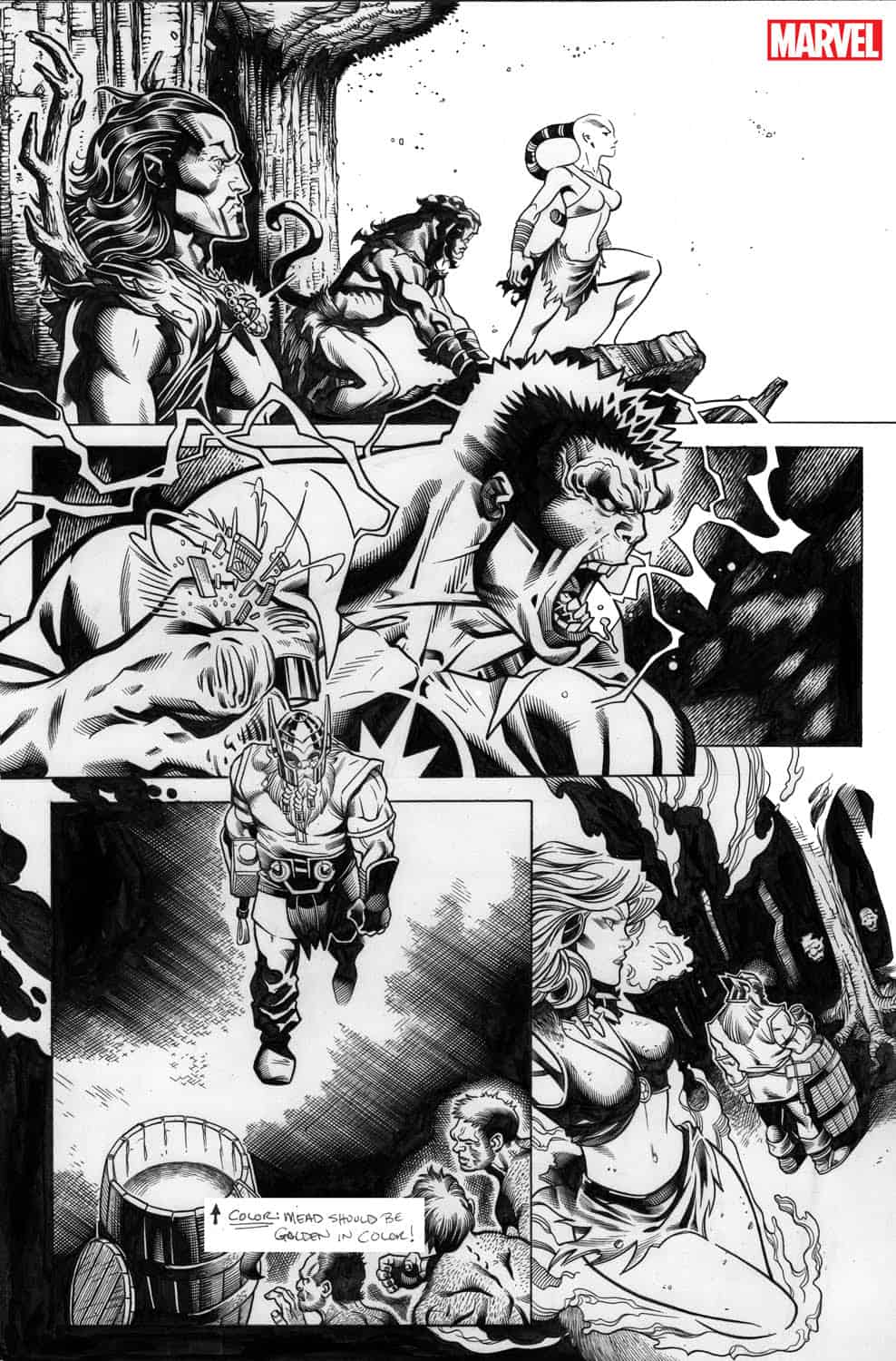 The series will borrow the storytelling format of Aaron’s run on Thor that bounces back and forth in time to tell stories about the character in different eras. For the Avengers, this means shifting between the present day Avengers and the prehistoric Avengers from 1,000,000 B.C. that were introduced by Aaron in last year’s Marvel Legacy #1. The threat that ties these two stories together is the Dark Celestials, which are 2000-foot tall space gods. (Loki was also a part of the story, so expect him to be up to no good, as usual.) 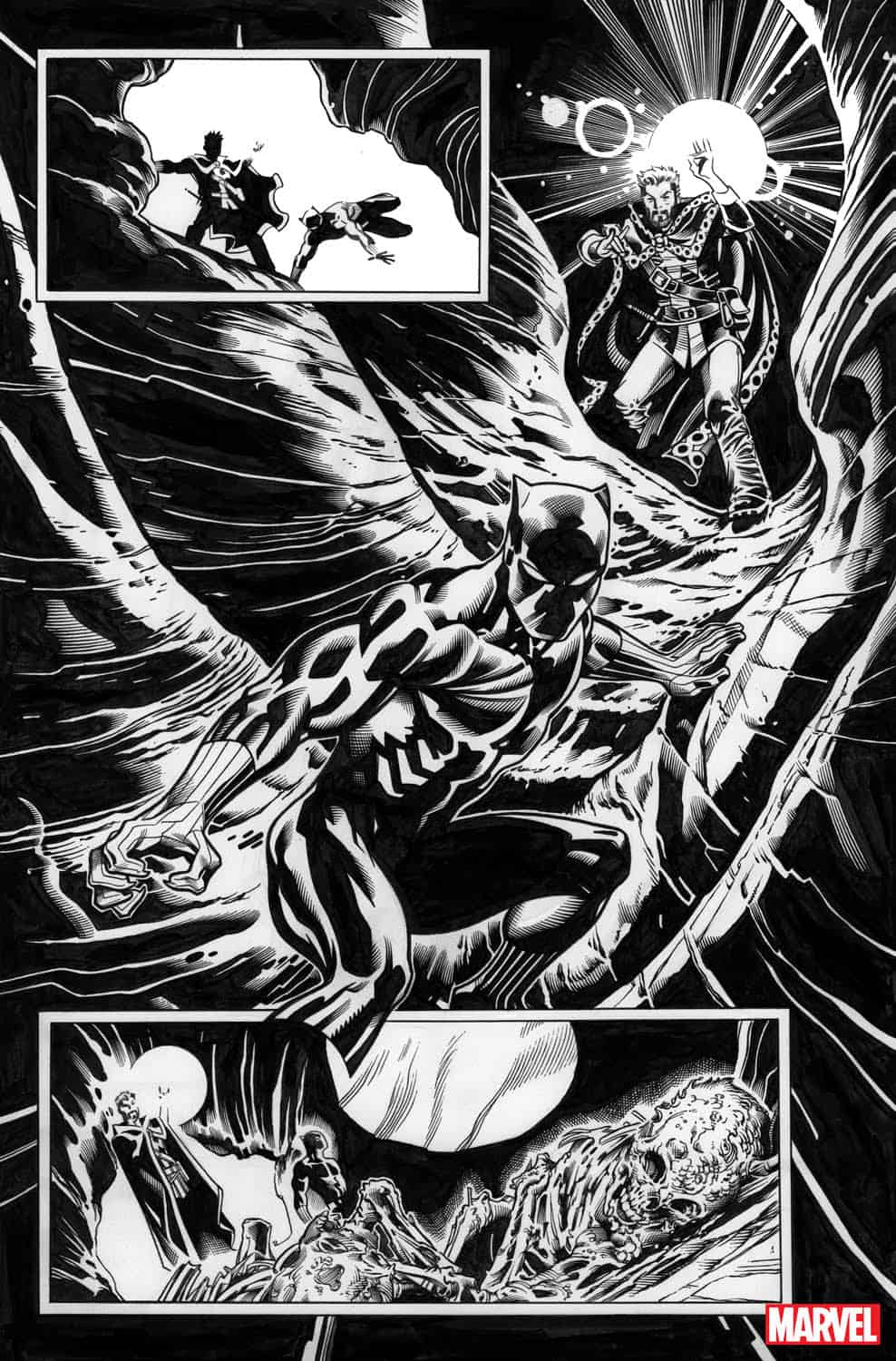 “We wanted to get back to a small, core lineup. With big, iconic characters at the heart of that,” Aaron told IGN in a phone interview. “So we get Steve, Tony, and Thor Odinson back together at the heart of this new team, and the rest of the team we build around them over the course of the first arc. My aim with this series is basically, if you only read one Marvel comic — not that you should read just one Marvel comic, but if you did — if you picked this book up, this would show you the landscape of the Marvel universe issue after issue. We want to feature the biggest characters and go to the coolest, most exotic locations around the Marvel Universe.” 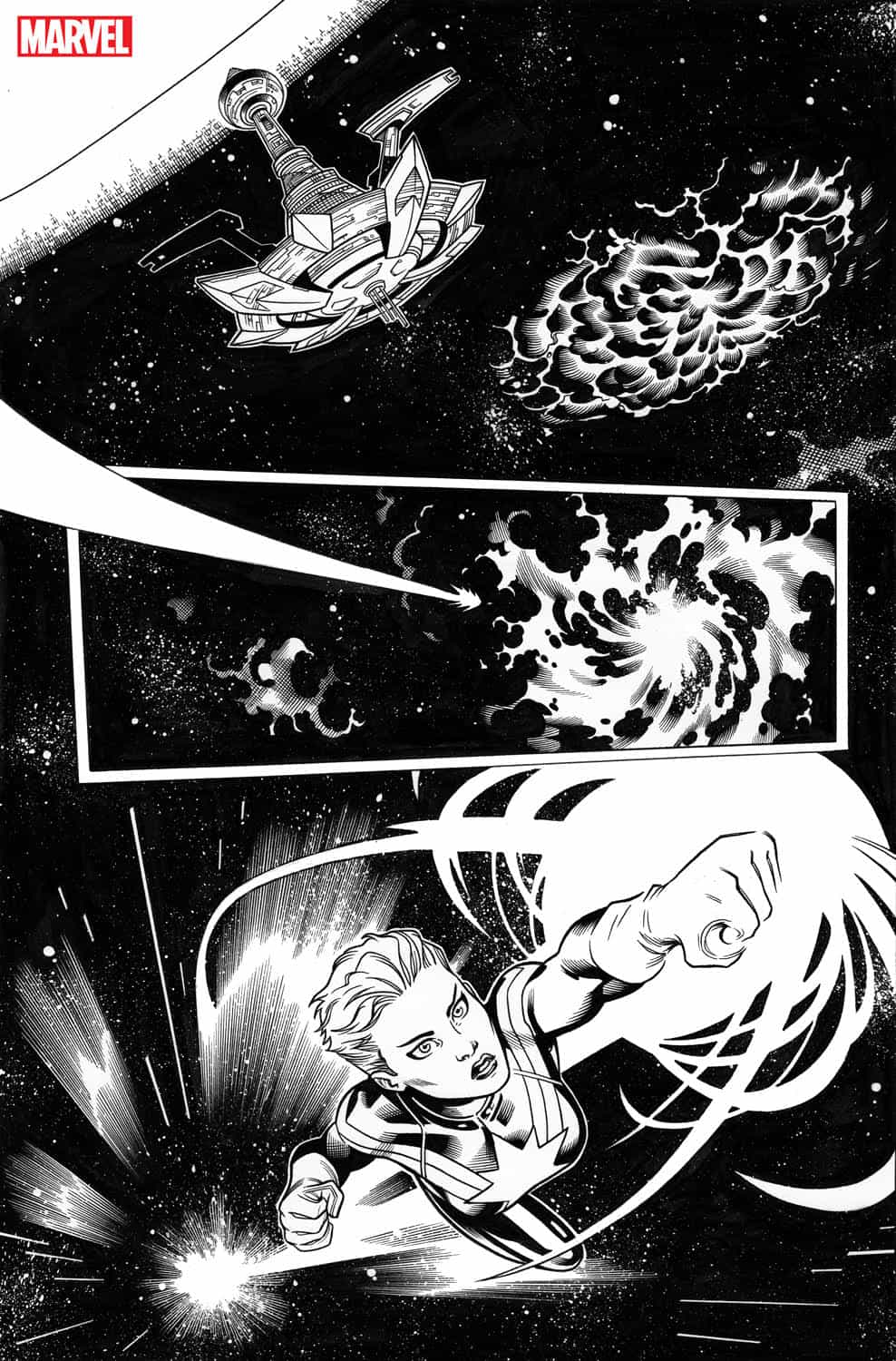 Though Marvel is starting fresh with this new Avengers #1 comic, the characters themselves will be bringing some baggage with them. Given that the last time Carol Danvers saw Tony Stark was when she was knocking him into a coma at the end of 2016’s Civil War II, Aaron acknowledged that the two won’t be on great terms when they see each other again, jokingly adding, “They’re not exactly all warm and fuzzy with each other.”(IGN)