THOR #1, written by Jason Aaron with art by Mike Del Mundo, sees the start of a new mission for the God of Thunder. The artifacts of Asgard have been scattered across the Earth, and to reclaim them, Thor will have to face some ugly truths…Like the production cost of hundreds of new hammers! And he’ll need every last one of them if he’s going to stop the unstoppable when none other than the Juggernaut joins the fray. 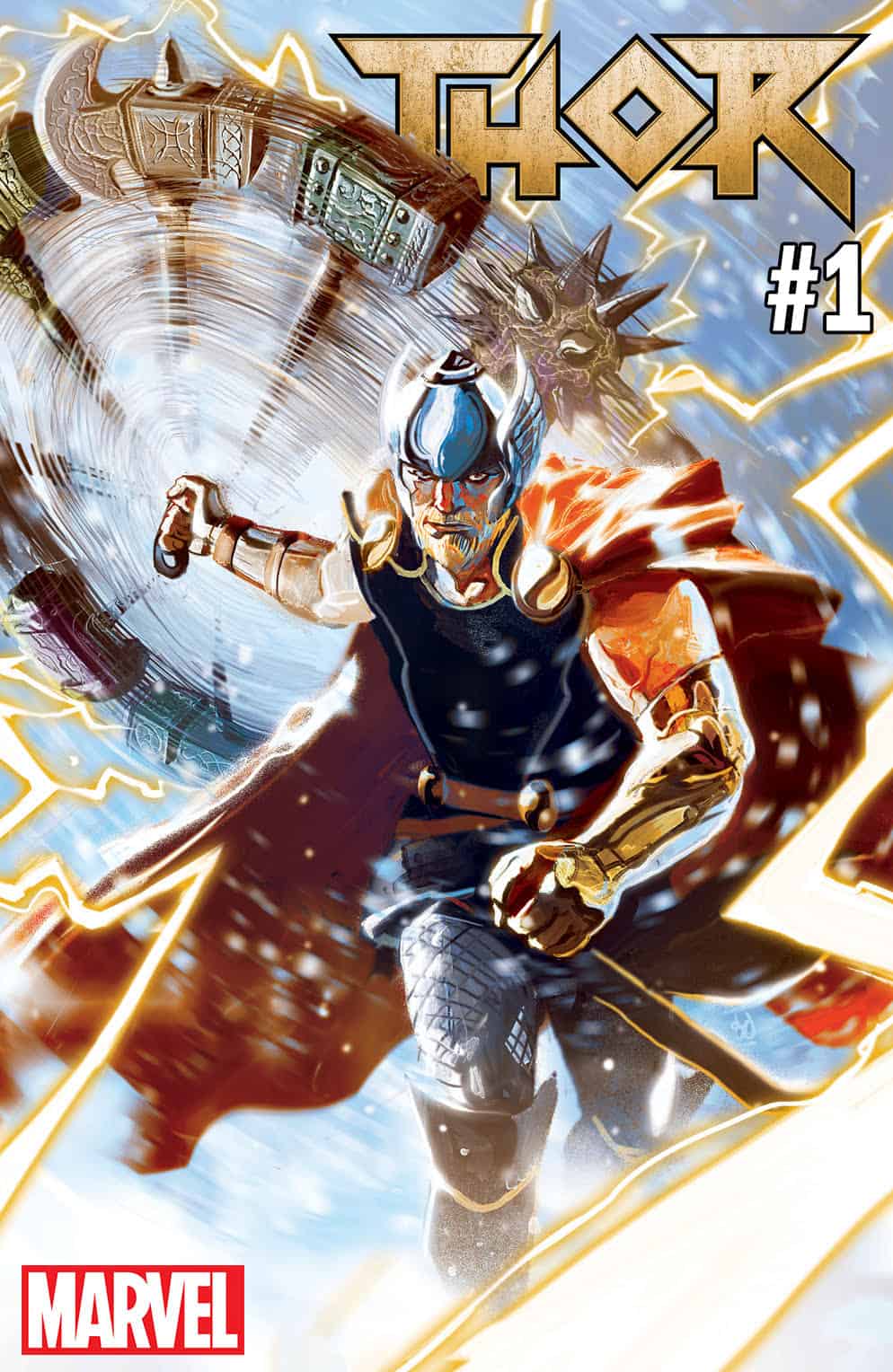 “With these new #1 titles for some of our key franchises, we’re going to bring big, new and exciting stories to our core characters,” said SVP and Executive Editor Tom Brevoort. “And rest assured — the modern characters you know and love aren’t going anywhere. Their stories will continue in the Marvel Universe with more epic milestones. You won’t want to miss what’s coming…we may even have a Thor 800 when the correct time arrives!”

Emerging from his landmark run on MIGHTY THOR, Jason Aaron is ready for this fresh take: “On the one hand, I still feel like I’m writing the same Thor story that began six years ago in the pages of THOR GOD OF THUNDER #1. But at the same time, GOD OF THUNDER had a very different look and feel and focus than Jane Foster’s story,” he explains. “And even though Thor Odinson is now reclaiming his mantle, this new volume will also be going in a very different direction. Thor has a completely new status-quo. Actually, the entire landscape of his corner of the Marvel Universe has been changed in the wake of the ‘Death of the Mighty Thor’ arc in MIGHTY THOR. But there’s still a War of the Realms raging, and Thor isn’t looking to stand on the sidelines.” 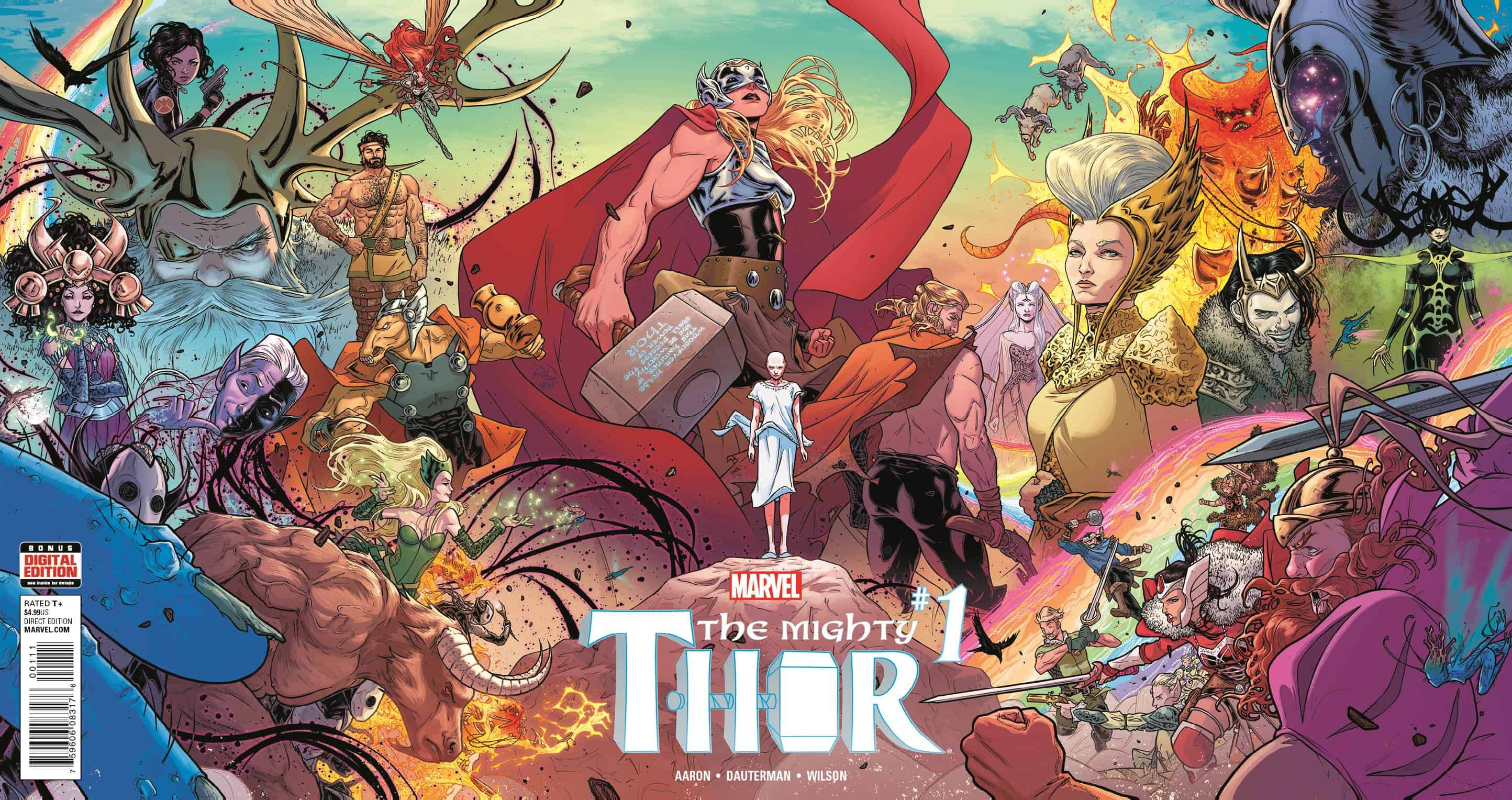 ‘The Marvel Universe has been changed in the wake of the ‘Death of the Mighty Thor’ arc.’

Aaron continues, “The thing I’m most excited about though is getting to work with Mike Del Mundo again. I loved the beautiful craziness he brought to the page when we did WEIRDWORLD together, and things are even wilder and more beautiful here. There just aren’t many artists in comics today whose work I love and admire more than Mike’s, so I feel incredibly fortunate to be launching this new direction for Thor with Mike by my side.” 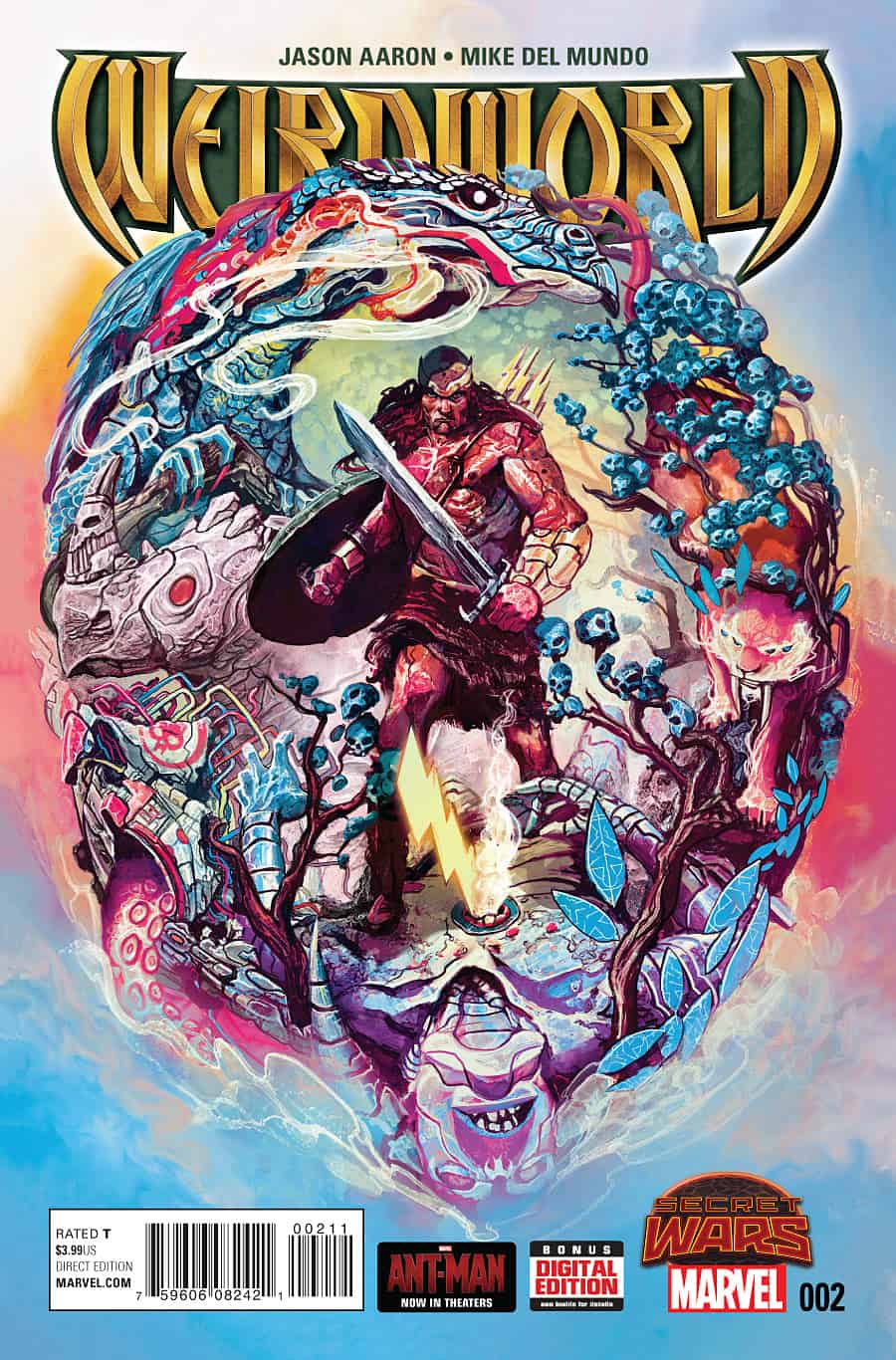 And Del Mundo is ready for the action as well: “I’m super excited about this new journey! Working with Jason on WEIRDWORLD was so much fun and badassery and I’m getting that same excitedness and feels with this new THOR series—with added thunder!”

Prepare for THOR #1, by Jason Aaron and Mike Del Mundo, on June 13! And stay up-to-date with all the exciting news coming from Marvel Comics at ComicWatch!