FIRST WATCH: Marvel is releasing a special Facsimile edition of the 1977 STAR WARS #50! 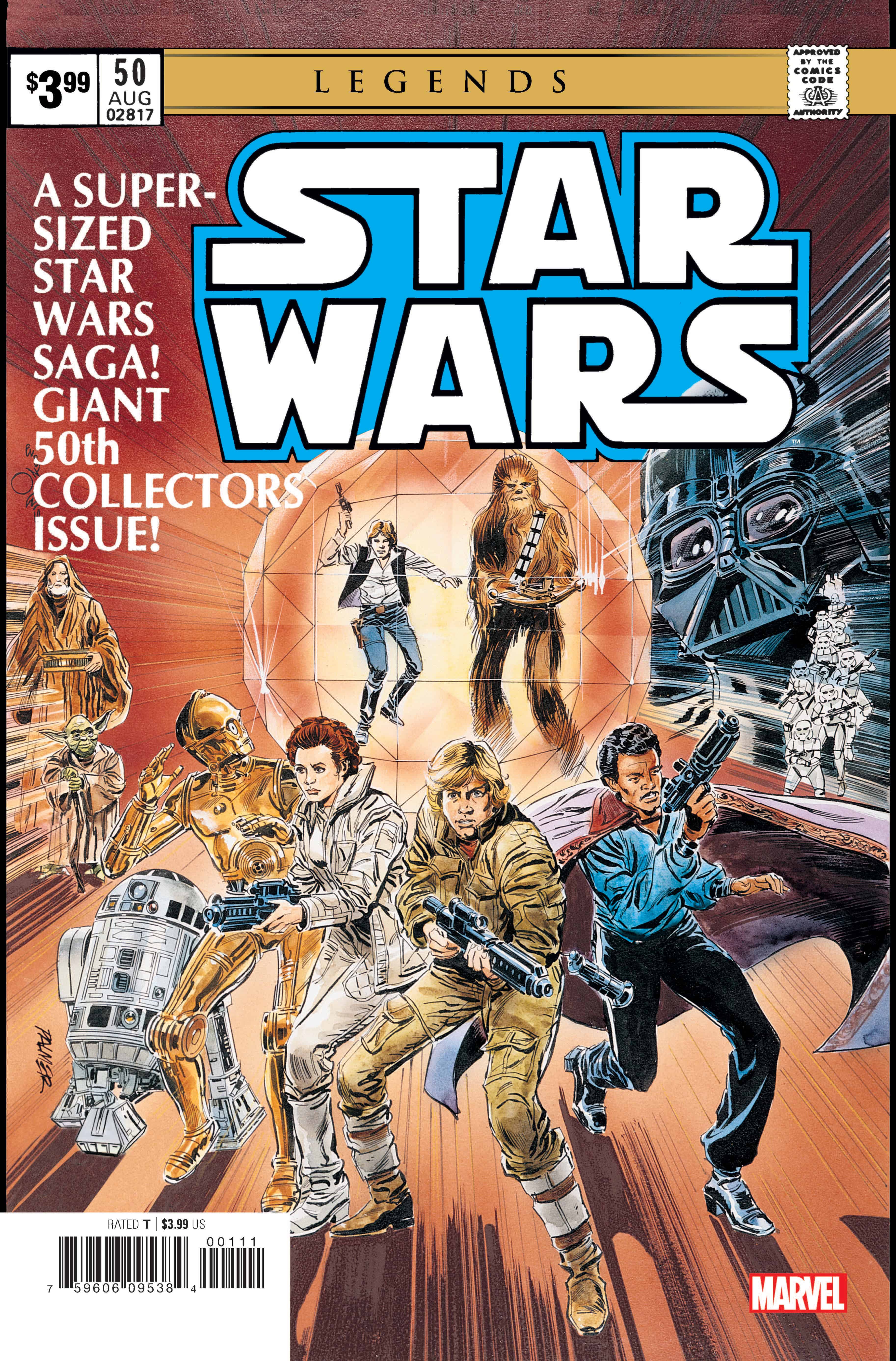 With new stories of original series characters such as Jaxxon, Amaiza, Domina Tagge, Valance the Hunter, and more, STAR WARS #108 acts as a direct sequel to Star Wars #50 – making this a truly epic 80th Anniversary celebration!

“So many true comic legends worked on those books- Archie Goodwin, Roy Thomas, Walt Simonson, Howard Chaykin, Al Williamson, David Michelinie, Klaus Janson, Jo Duffy, and so many more. It’s pretty overwhelming to think about, actually. What they made was the product of a very different time in comics, and it’s something modern audiences aren’t really accustomed to. So while it would be fun, if a little humbling, to try and just impersonate them, we wanted to do something a bit different, something that would appeal to classic and modern fans alike,” Matt Rosenberg told Comicbook.com of writing STAR WARS #108.

Relive the dazzling legends of long ago and a galaxy far, far away in Marvel’s original Star Wars series with STAR WARS #50, and this May, get ready to dive into all new adventures of your favorite characters when STAR WARS #108 hits comic shops!

FIRST WATCH: Marvel is releasing a special Facsimile edition of the 1977 STAR WARS #50!