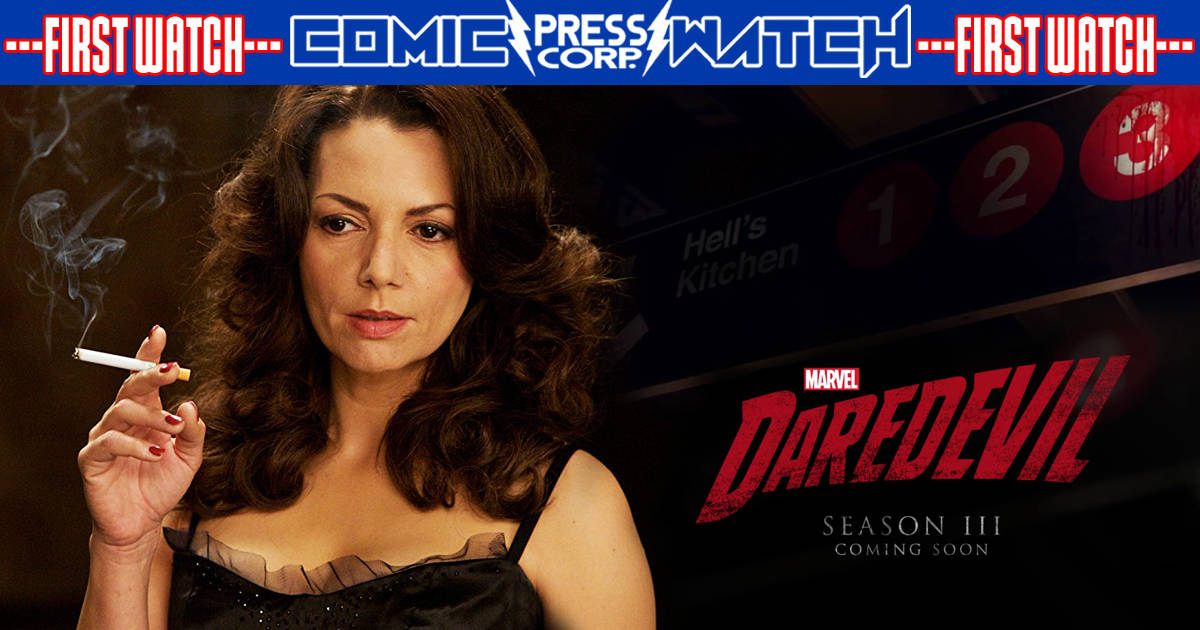 Season three of Marvel’s / Netflix’s Daredevil keeps on getting stronger as word of the return of The Kingpin, William Fisk played by the ever so talented Vincent D’Onofrio, spreads across Hellskitchen, a second wild card is dealt, this time in Matt Murdock’s favor. Joanne Whalley joins Season three of Daredevil, no official release date announced yet, but this news is so big you would have to be blind to miss it!

“We are big fans of Joanne’s work and are fortunate that someone of her caliber will be joining our already talented family,” said Marvel TV’s Kingpin and Daredevil executive producer Jeph Loeb

The iconic actress, Whalley, is set to play none other than Sister Maggie, who debuted in Daredevil  #229 (April 1986).  Sister Maggie was created by Frank Miller and artist David Mazzucchelli, a woman who gave her faith to the Catholic sisterhood only to find her way back to the devil. Why would a woman of faith help save the life of a vigilante? Sister Maggie’s faith runs deep inside her soul, but blood is thicker than the water she uses to tend to Daredevil‘s wounds. Will this Scandal(ous) sister of the church be able to fit into Matt Murdock’s dangerous life? Or is she the piece he was always looking for?

Continue watching with us as we keep watching the rooftops for Daredevil Season 3!