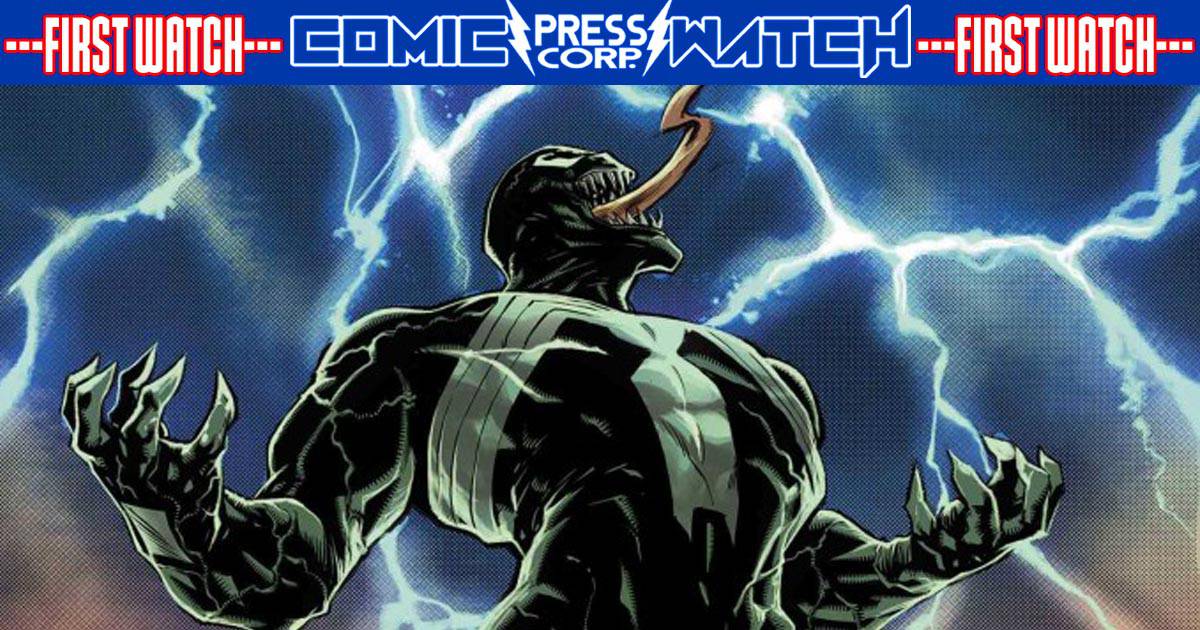 This May, Marvel Comics fresh reboot will begin with the launch of Venom #1 from Donny Cates (God Country, Babyteeth) and Ryan Stegman (Amazing Spider-Man: Renew Your Vows, Uncanny Avengers). Eddie Brock has recently been protecting the streets of New York City, but this new series sees Venom tasked with taking on a 1000-year-old primordial threat. 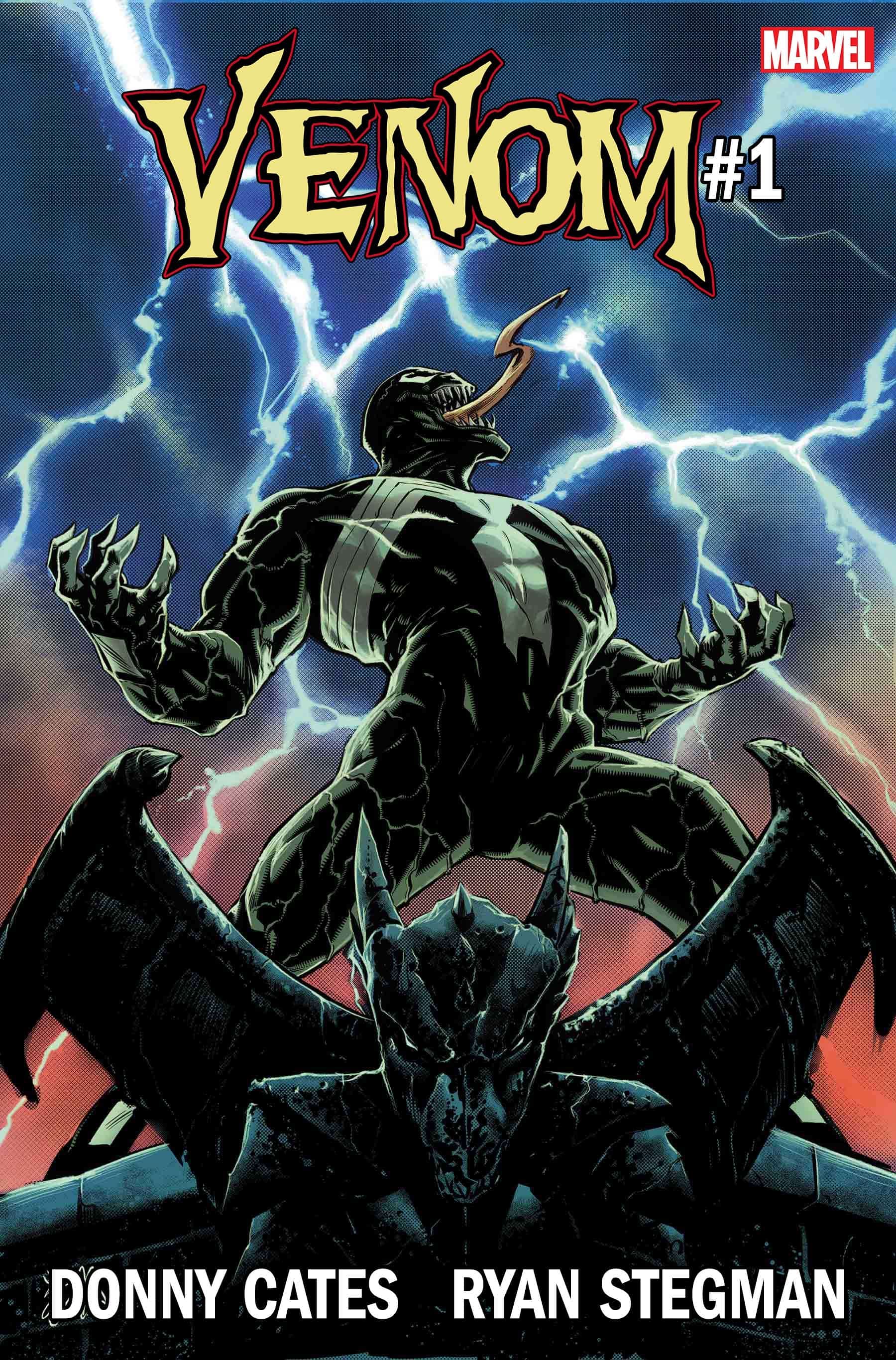 “Over the next couple of weeks, we’ll be rolling out new beginnings for a few of our key franchises—new creative teams, new starting points, new storylines—all the big stuff that we’ve been building towards since LEGACY began,” said SVP and Executive Editor Tom Brevoort. “This isn’t a clearing of the slate—while these new starts will kick off with new #1s, we’ll be maintaining the classic LEGACY issue counts as dual numbering on these titles as well. Oh, and don’t read anything into not seeing a character on the Jim Cheung piece…we can only squeeze so many characters onto there without killing poor Jim!” 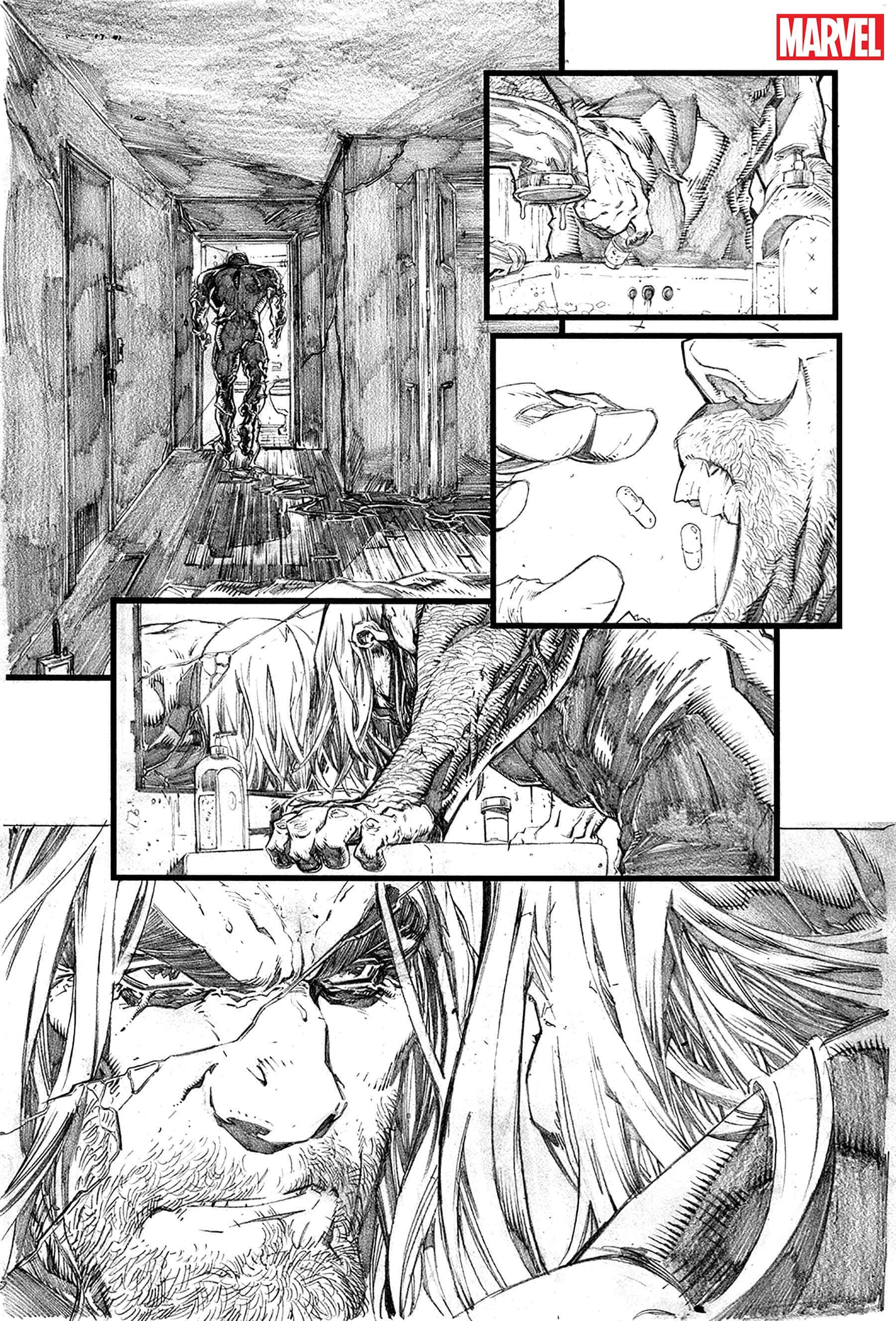 “It’s unlike any foe Eddie, or the Symbiote has ever faced,” Stegman tells ComicBook.com of this emerging evil. “It’s something that’s incredibly old, and unbelievably powerful with ties to not only the symbiote’s dark past but the Marvel Universe itself. This is a horror story thousands of years in the making…..That being said, this is a story that you can jump RIGHT into with our first issue,” Stegman says. “If you’ve ever wanted to come read about Eddie Brock and his handsome fanged friend, Venom #1 in May is the PERFECT jumping on point!” 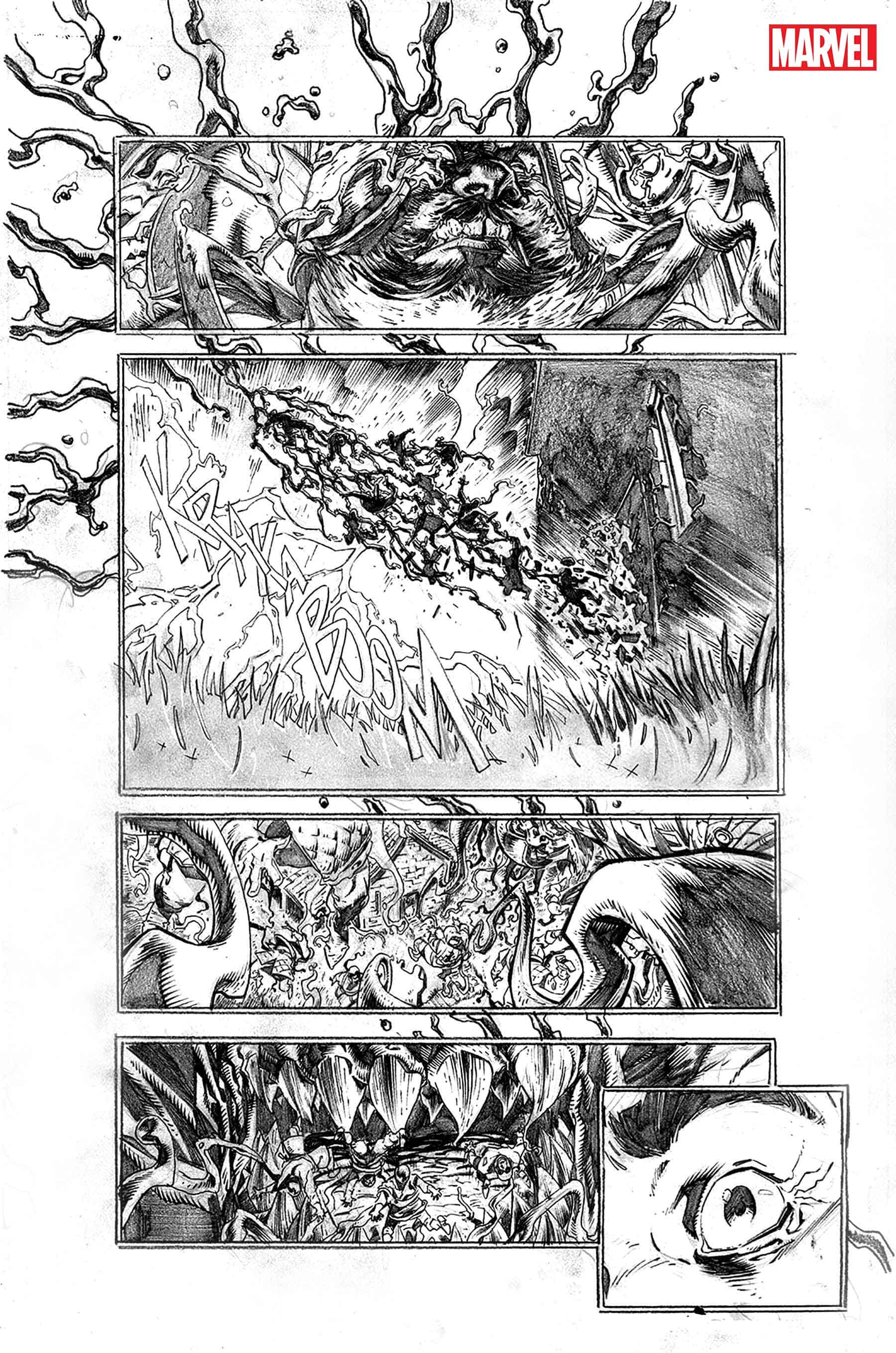 Eddie’s very relationship with his symbiote partner is on the line in this fight. Cates tells us that Eddie isn’t exactly at a high point in his life even when the series begins.

“Things are not great for Eddie as our story begins,” Cates says. “Something has happened to his other that….well, I don’t want to spoil too much, but for the first time in a very long time, Eddie is scared of his own shadow. Something is changing between them. And it’s…disturbing, to say the least. But I wouldn’t necessarily say that it’s a symbiote-focused story really. The greatest Venom stories, to me at least, are a mixture of the alien outside and the human inside.” 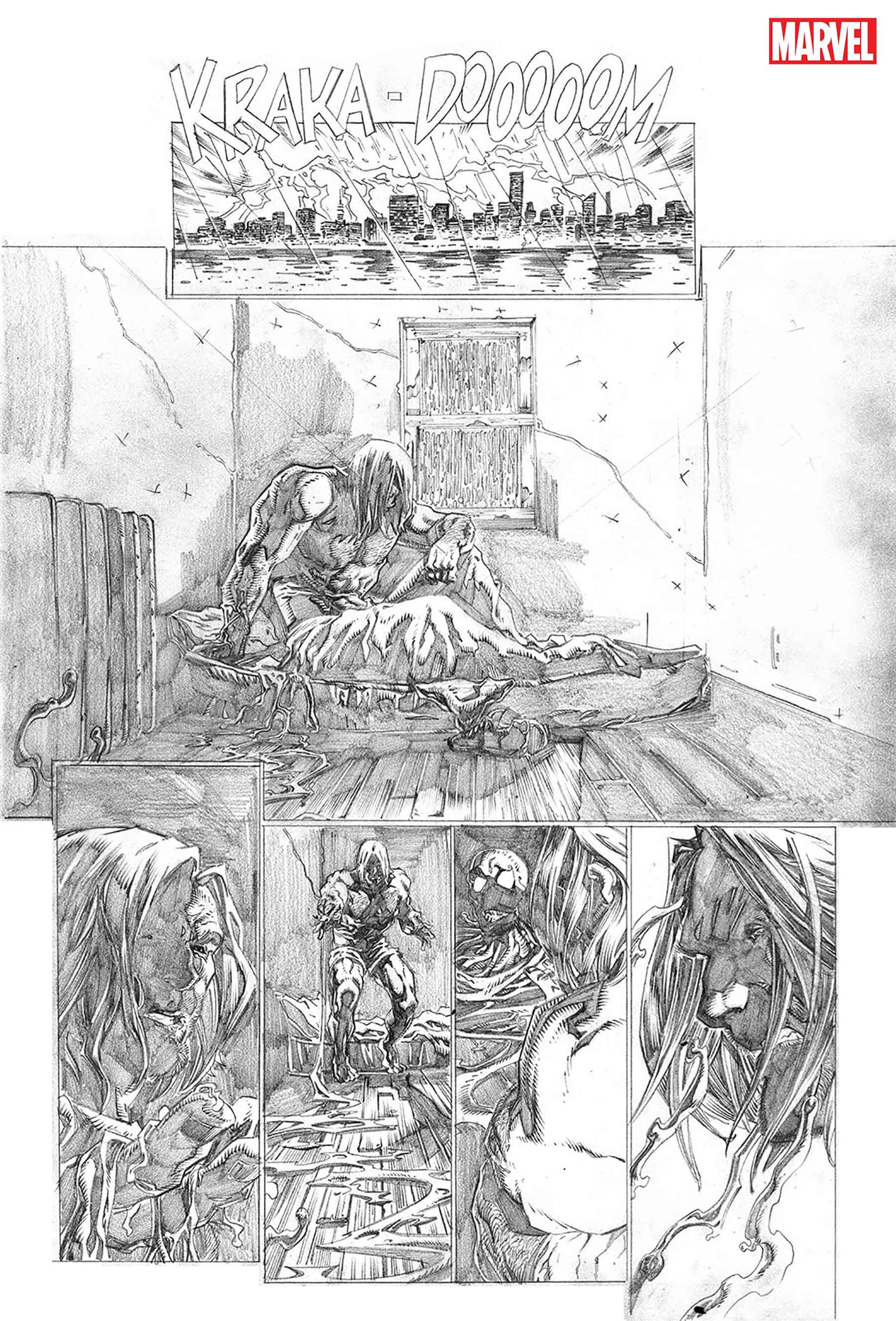 “And that’s something that’s incredibly important to Ryan and I,” Cates adds. “We’ll be delving into what makes Eddie tick as much as we’ll be uncovering the mysteries of his other. Both of these characters have so much darkness in their past, you know? There’s a reason they are attracted to one another the way they are. There’s a reason they need each other.”

Stegman says he’s looking forward to putting his visual stamp on a character he describes as “the greatest comic book costume design of all-time….The teeth!” Stegman says. “That mouth on a black field is just terrifying and so memorable. I think it’s also a testament to the greatest comic book costume design of all-time, Spider-Man. Venom takes those eyes and then goes to the next level.” 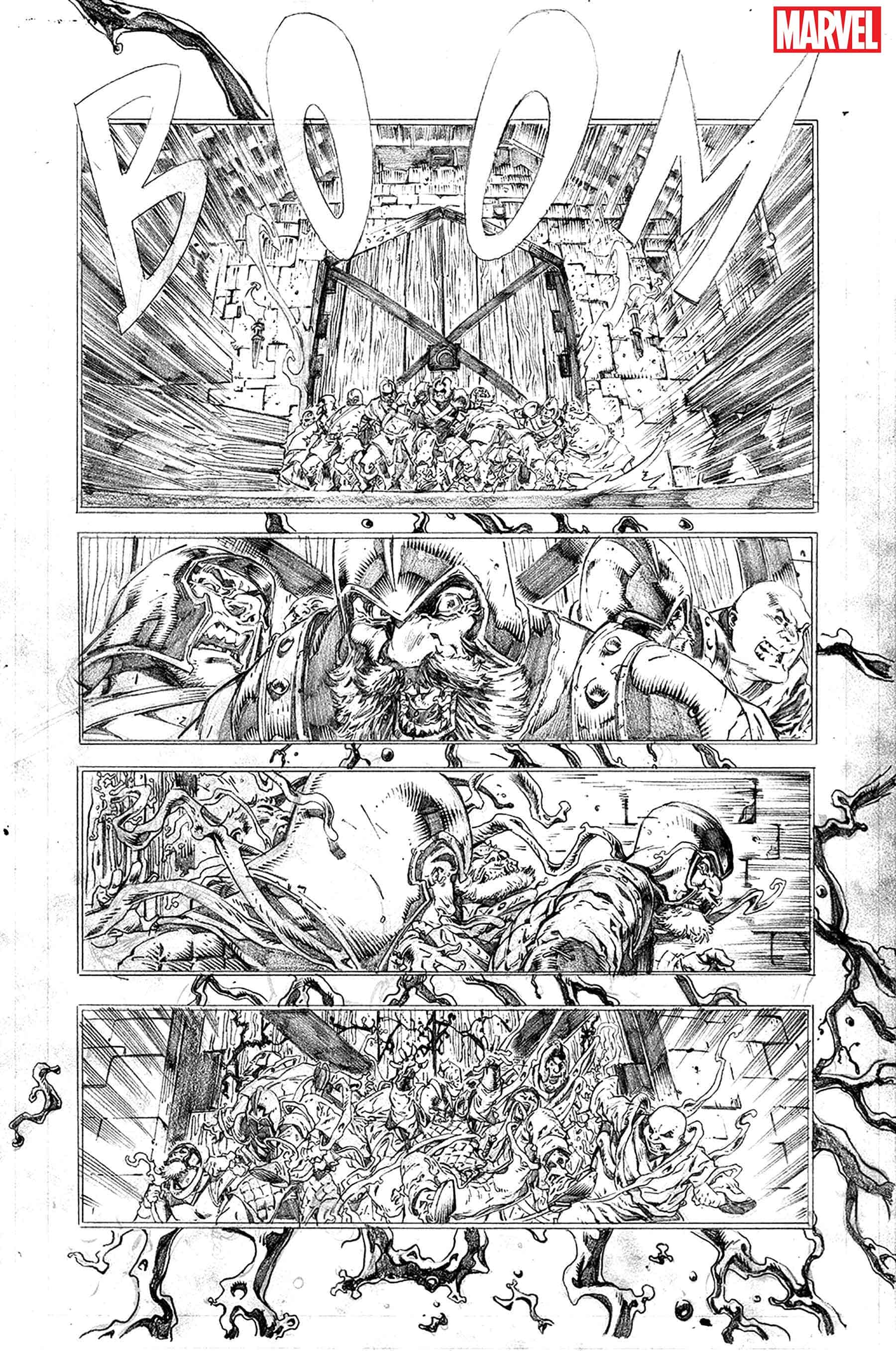 “Well, so far I’d say it’s my best work to date. I’m really having a blast,” Stegman says. “I’m getting to do something I rarely get to do, which is really emphasize horror. And I find that I love drawing horrific things! When I accepted this job Donny had already turned in a full script for issue one. It’s one of the best scripts I’ve ever read. Donny is a very visual thinker, and I could see all the stuff in my head he was asking me to draw before I even put pencil to paper. There’s one thing in particular in issue one that I can’t even BELIEVE I’m going to get to draw. Fans are really in for it with this one!” 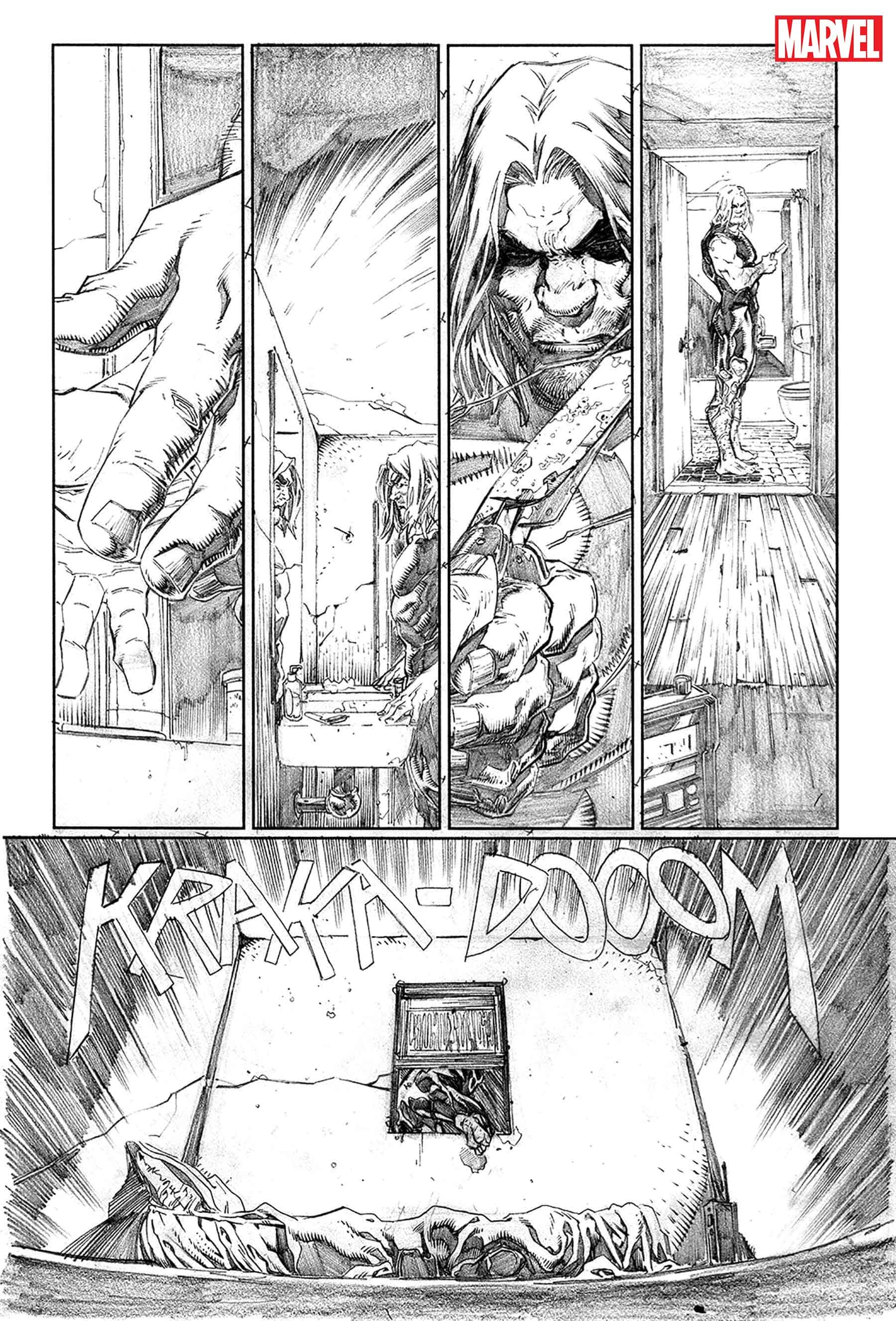 Eddie and the symbiote may need each other more than ever. With this new threat on the horizon, Cates and Stegman are bringing Venom’s adventures to a whole new level.

“Ryan and I are certainly amping things up here,” Cates teases. “Venom is a character that I’ve been wanting to write since I was nine years old, and this is my opportunity to really sit down on a title and tell an enormous story.”

“This is the biggest, most ambitious thing I’ve ever attempted for sure,” Cates adds. “It’s such an incredible honor to be steering the Venom ship during this amazing time in the characters life. With the 30th anniversary and the movie this year, we certainly wanted to shoot for the moon here. The ramifications of the Venom title will be felt line-wide in the months and years to come. If y’all thought Thanos and Strange were insane…well, strap in, because you ain’t seen nothing yet.”