SPAWN launched to record sales of 1.7 million copies when its inaugural issue was released in 1992, helping to cement the early days of Image Comics as a game-changing, new era in creator-owned comic books. Now, 27-years later SPAWN, and Image Comics remain hallmarks of the comic book industry.

As a testament to the longevity of Todd McFarlane’s seminal creation, and to Image Comics’ revolutionary call for creators’ rights to own and control the characters and comic books they create, SPAWN’s 301st issue will be a truly historic release, as McFarlane’s award-winning, fan-favorite superhero, will become the longest running creator-owned comic book ever.

“I could think of no better reason to return to the drawing board than to celebrate the record-breaking 301st issue of the SPAWN comic,” said McFarlane, creator of SPAWN and President at Image Comics. “Twenty-seven years ago, I began this journey on the SPAWN title. That start, along with helping to co-found Image Comics, (today the third largest comic publisher in the nation) was with the goal of allowing creative people to own and control their ideas.

“It is with great pride that I can say that after nearly three decades of producing the SPAWN title, that I am still 100% in the creative driver’s seat of the character I brought to life back in 1992,” said McFarlane. “I wrote and drew that first issue and will do the same for this historic issue as well.”

To continue the celebration that begins with the deluxe sized, 72-page issue of SPAWN #300, McFarlane will return, once more, to pencil and ink interior story pages for the record-breaking SPAWN #301. Showcasing his unique blend of larger-than-life action and visual world-building, McFarlane will usher in SPAWN’s next creative evolution in his signature “hyper-detailed” style that has been an inspiration to artists and storytellers across all genres of entertainment media. 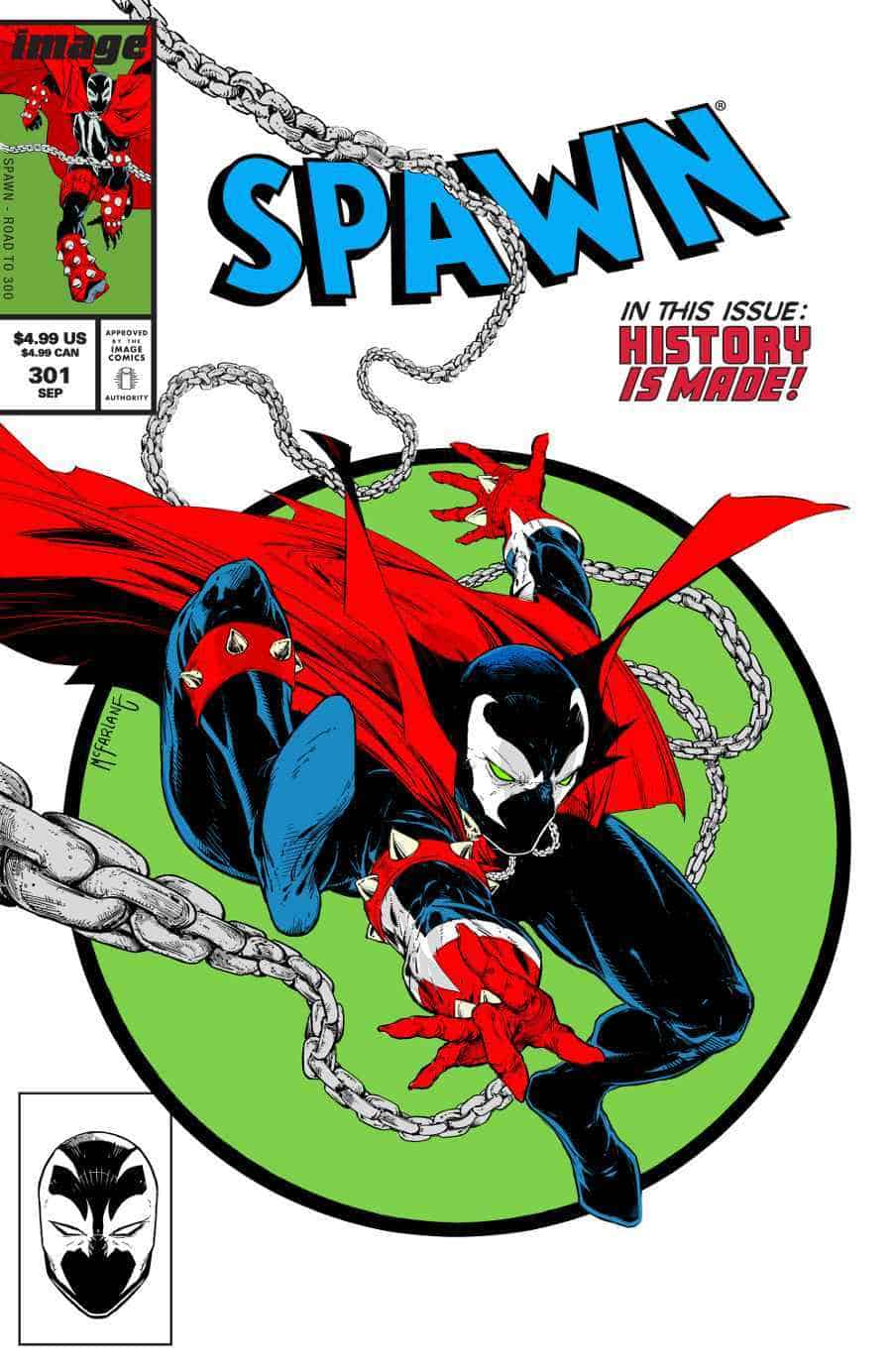 This record-breaking, history-making, oversized issue will retail for $4.99. 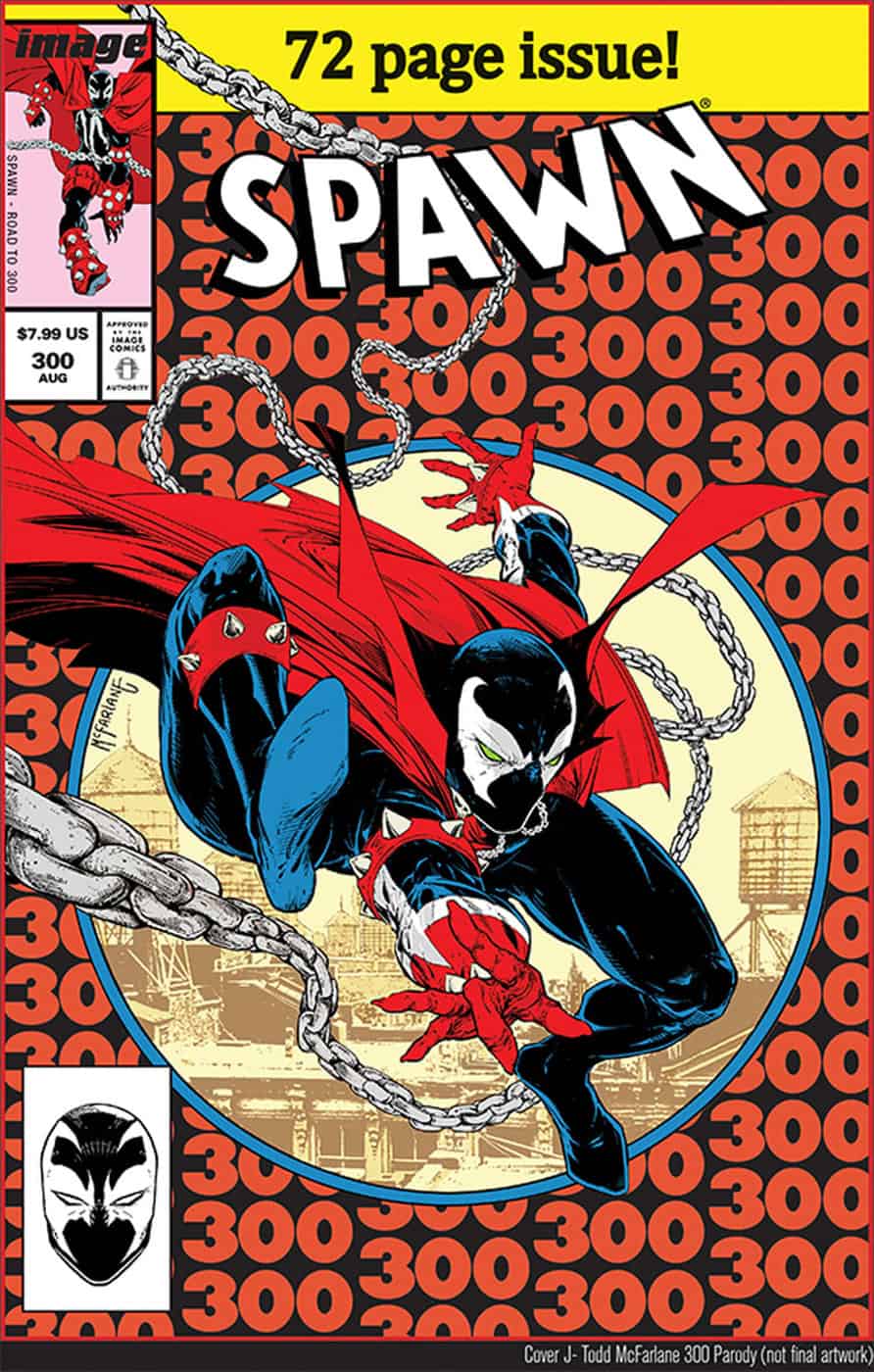 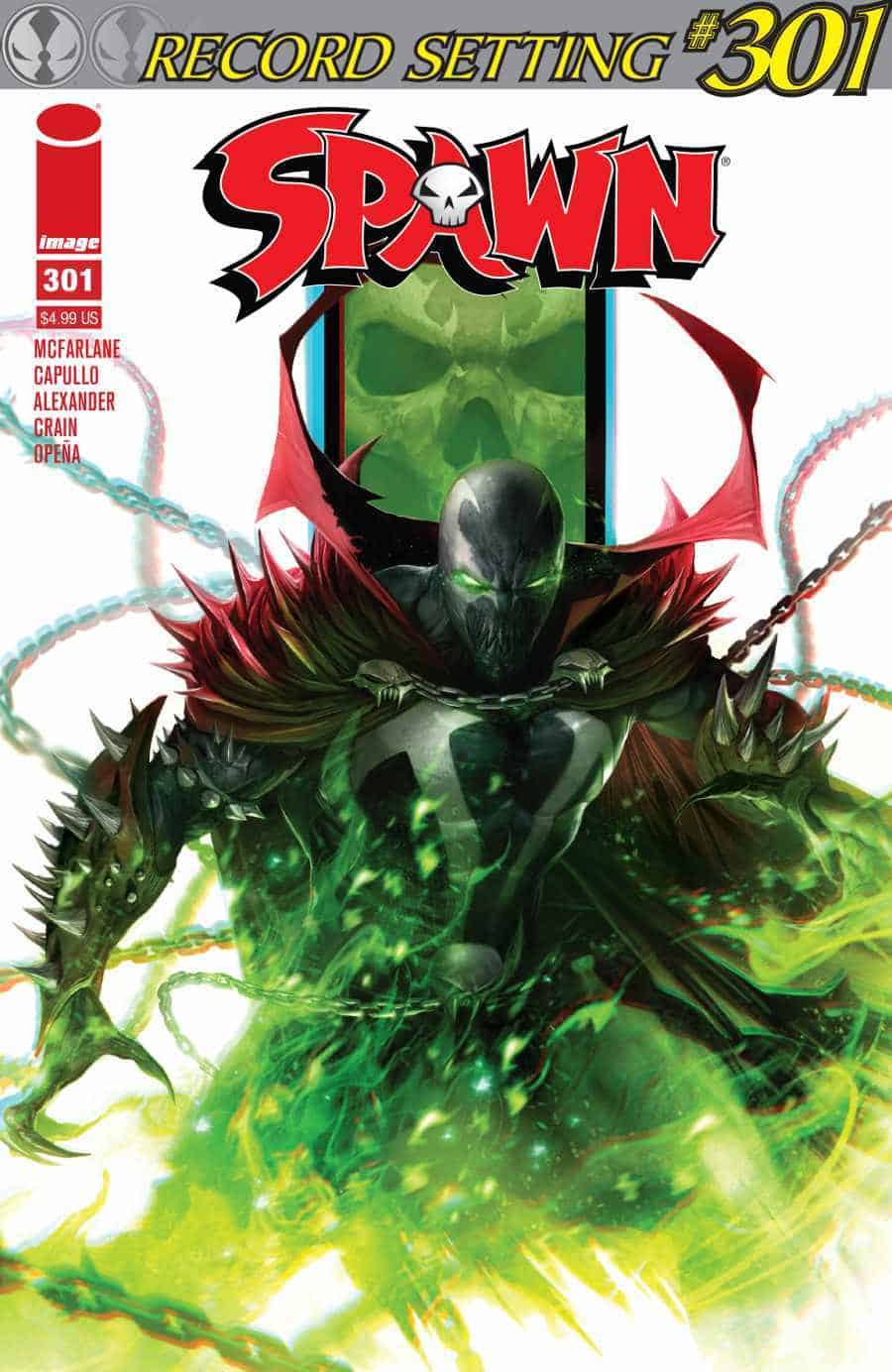