To commemorate the 25th anniversary of the publication of Hellboy: Seed of Destruction, Dark Horse Comics is publishing Hellboy: 25 Years of Covers. In March of 1994 creator, Mike Mignola first introduced comic book readers to the Right Hand of Doom, the Bureau for Paranormal Research and Defense, and one of the most iconic comic book characters – and universes – of all time as Big Red first burst into the public consciousness in Hellboy: Seed of Destruction. History is made and the film noir monster/detective mash-up became an instant hit when an occult ritual performed by none other than Rasputin on a small island off the coast of Scotland goes wrong as he miscalculates. And so Hellboy was brought into the world in a derelict church in East Bromwich, England, witnessed by Allied soldiers, the superhero the Torch of Liberty and Trevor Bruttenholm, the man who becomes his guardian and father figure. 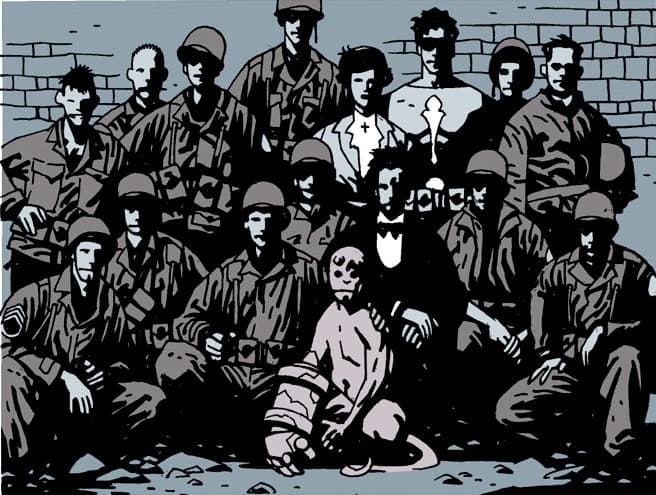 Hellboy has gone on to appear in graphic novels and comic books, prose novels and short story collections, two animated features, two live-action films, toy lines and all manner of merchandise. And of course let’s not forget Neil Marshall’s forthcoming Hellboy film starring David Harbour, Sasha Lane, Ian McShane, Penelope Mitchell, and Milla Jovovich, which will be released by Lionsgate on April 12, 2019, proving it’s a great year for Hellboy fans everywhere. And on July 3, 2019, Dark Horse will pay tribute to the characters’ legacy and 25 years of spellbinding covers with Hellboy: 25 Years of Covers, a deluxe, 8 ‘ x 12’ hardcover collection that showcases more than 150 full-page cover pieces from artists including Mike Mignola, Richard Corben, Duncan Fegredo and more. 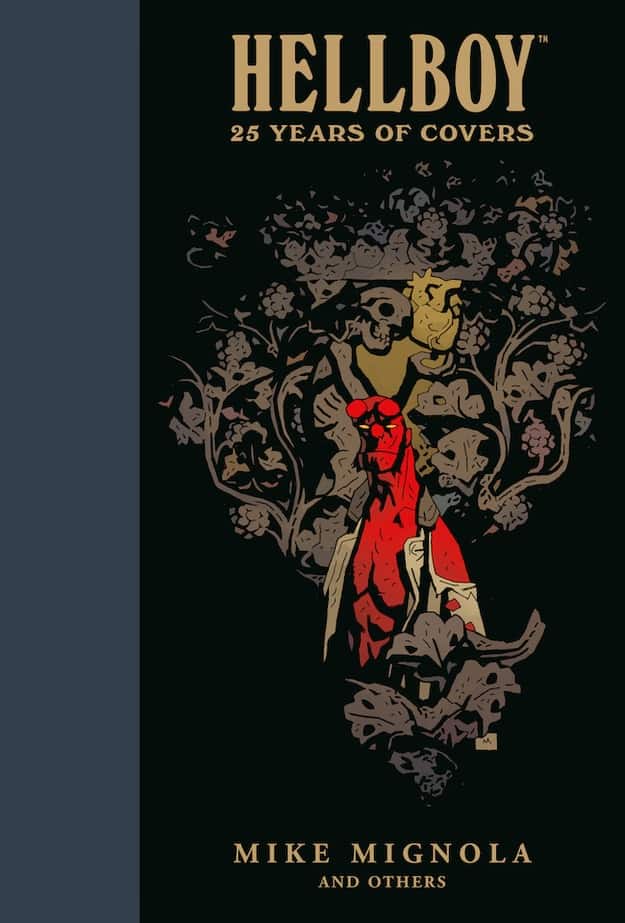 The deluxe hardcover volume will feature ALL Hellboy issue covers from Seed of Destruction #1 to Hellboy in Hell #10 and will also include such greats as Hellboy: House of the Living Dead, Hellboy: Midnight Circus, Hellboy: Into the Silent Sea, Hellboy: In Mexico, Hellboy: Krampusnacht and Hellboy Winter Special. As well as covers of upcoming and unannounced titles, including new covers by Mignola, Fegredo and Paolo Rivera, Hellboy: 25 Years of Covers will also feature an all-new preface by legendary Hellboy creator Mike Mignola and a new introduction by award-winning colorist Dave Stewart.

Beginning with Hellboy Day on March 23, 2019, Dark Horse will publish a 25th anniversary, promotional edition of Hellboy: Seed of Destruction issue 1, featuring a new cover by Mignola and colorist Dave Stewart, which will be given away at participating comic book shops. Celebrations will then continue, select stores across the country will also host Hellboy Day events, with the release of Hellboy: 25 Years of Covers continuing Dark Horse’s year-long celebration of Mike Mignola and his legendary creation.

“Since introducing Hellboy in March of 1994, Mike Mignola has built a huge comic-book universe around the character on par with what Stan Lee and Jack Kirby accomplished in the Silver Age of Marvel Comics… Each new visual is like a master class in establishing mood, and Mignola’s skill increases as he refines his line, proving that less is more when it comes to his pulp-inspired fantasy horror universe.” THE AV CLUB

“Lots of comic-book adventurers have made splashy debuts over the last twenty years but none have had the lasting appeal of Hellboy.” KOTAKU

“One of the most beloved characters in the comic book community.” IGN

“An inspiration to creators hoping to achieve similar success with their own characters and ideas.” MENTAL FLOSS

Hellboy: 25 Years of Covers is an oversized 8 ‘ x 12’ hardcover, retailing for $34.99 and is available for pre-order on Amazon and at your local comic shop.

For more information about Hellboy: 25 Years of Covers, the Mignolaverse comic books, and graphic novels, check out www.darkhorse.com for more, follow Dark Horse Comics on Twitter, Facebook and Instagram and don’t miss out on this exciting must have for every collection on July.