You’ve seen the movies! You’ve read the comic books! You’ve played the games! And now it’s time to experience it ALL at NC Comicon! On March 17-18, 2018 the Raleigh Convention Center welcomes back the NC Comicon: Oak City. #NCComicon #OakCity2018 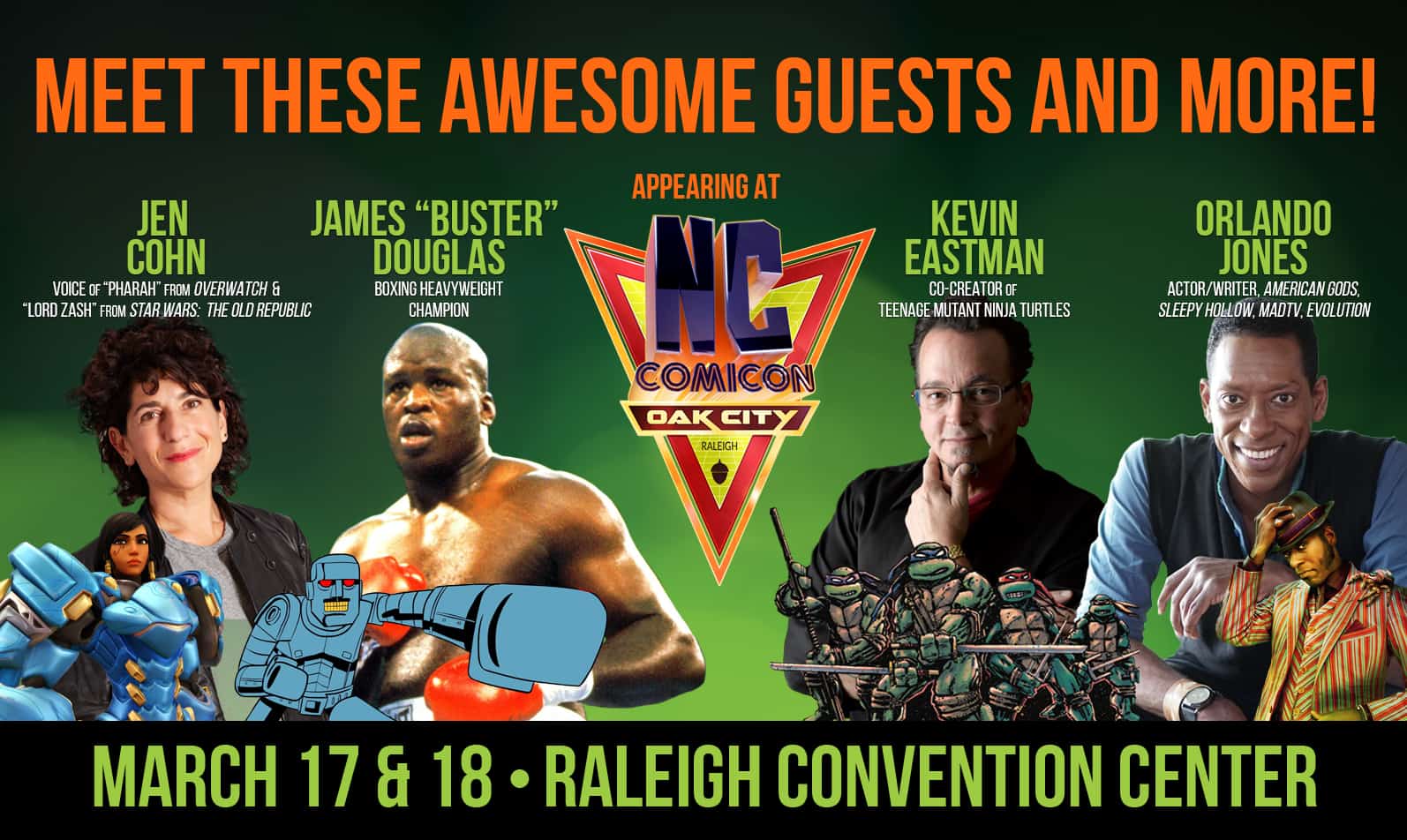 Superstar comic creators Adam Hughes (Supergirl) and the legendary Walter and Louise Simonson (Thor, Avengers, Superman) will be signing and welcoming fans. Also in attendance will be many of the creators from IDW Publishing, whose properties includes such favorites as G.I. Joe, Transformers, My Little Pony, and Ghostbusters.

Don’t forget another staple of the NC Comicon experience: cosplay!
Cosplay is the practice of fans dressing up as their favorite characters, often in elaborate hand-crafted costumes, they’ve made themselves. Cosplayers come from far and wide to attend this convention, showing off their hard work, costuming skills, taking photographs with fans and fellow characters, and participating in the Cosplay Showcase – a magical fashion show with prizes awarded to the best costumes in a multitude of categories. You have to see it to believe it!

It all kicks off Saturday, March 17th at 10am, when the doors will open for a weekend of events including panels, game shows, and workshops on a wide range of topics from comics to cosplay, filmmaking, writing, and more! More details can be found at www.nccomicon.com, where you can also purchase tickets and VIP passes and to find all the info you need to maximize your complete NC Comicon experience! Whether you’re coming in costume or not, the NC Comicon is an all-inclusive, come-as-you-are environment designed for everyone to have a safe and incredibly fun event! The staff, guests, and vendors look forward to seeing all of you there!

COMIC-WATCH looks forward to seeing you all at NC Comicon!