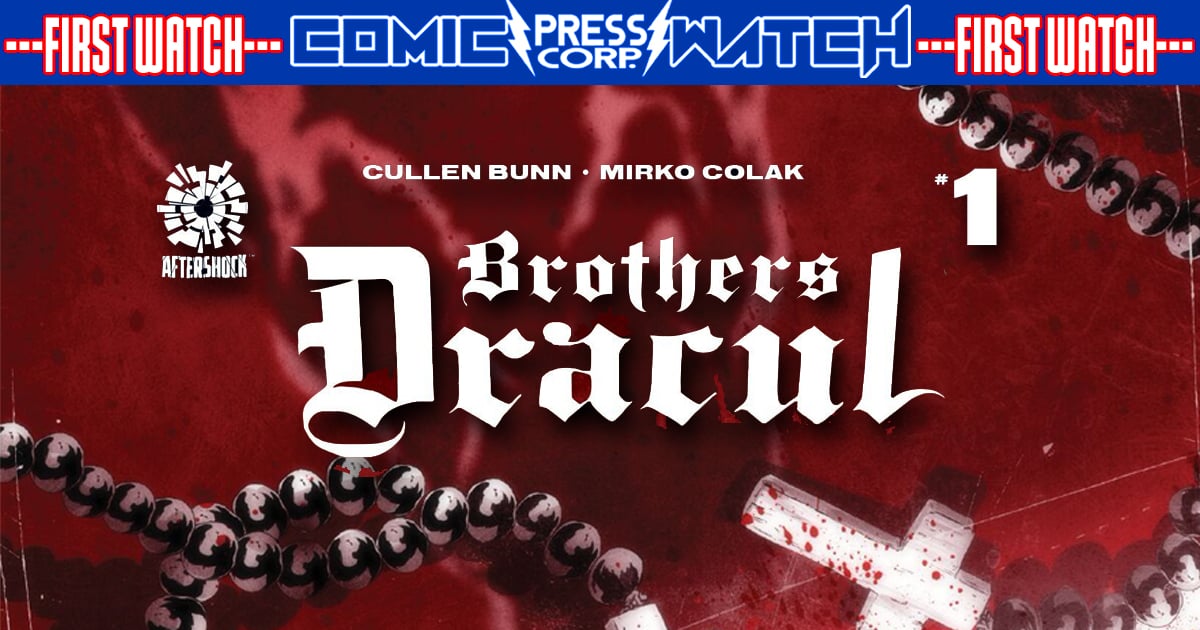 The New Series, THE BROTHERS DRACUL #1, written by the awesome multi-talented Cullen Bunn with the explosive artwork of Mirko Colak, comes a tale of brothers and blood that HAD to be told at AfterShock Comics! With the final day to order quickly approaching, March 19th, make sure not to miss this twisted tale of THE BROTHERS DRACUL!

The legend of Vlad the Impaler is the stuff of nightmares… 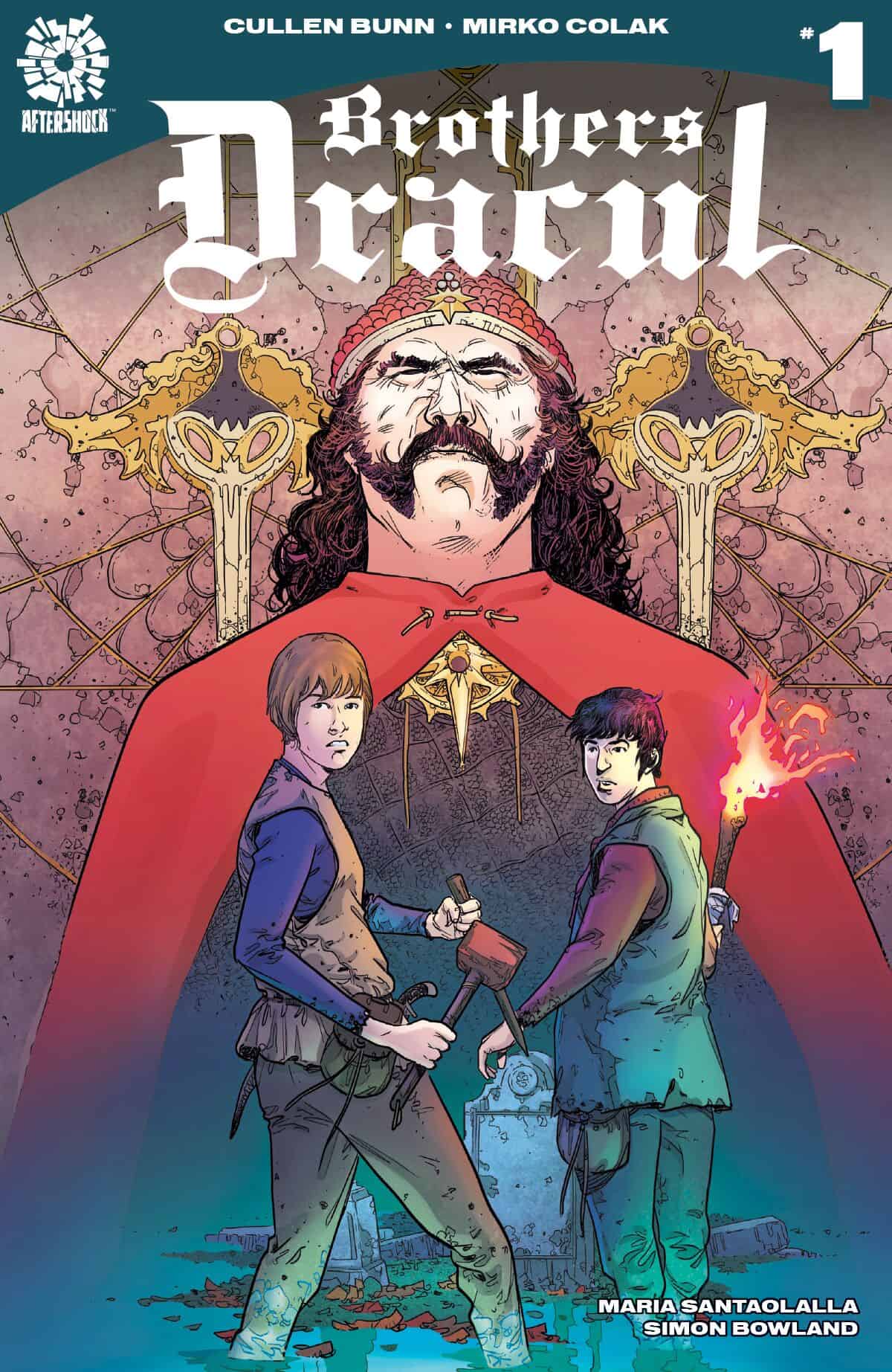 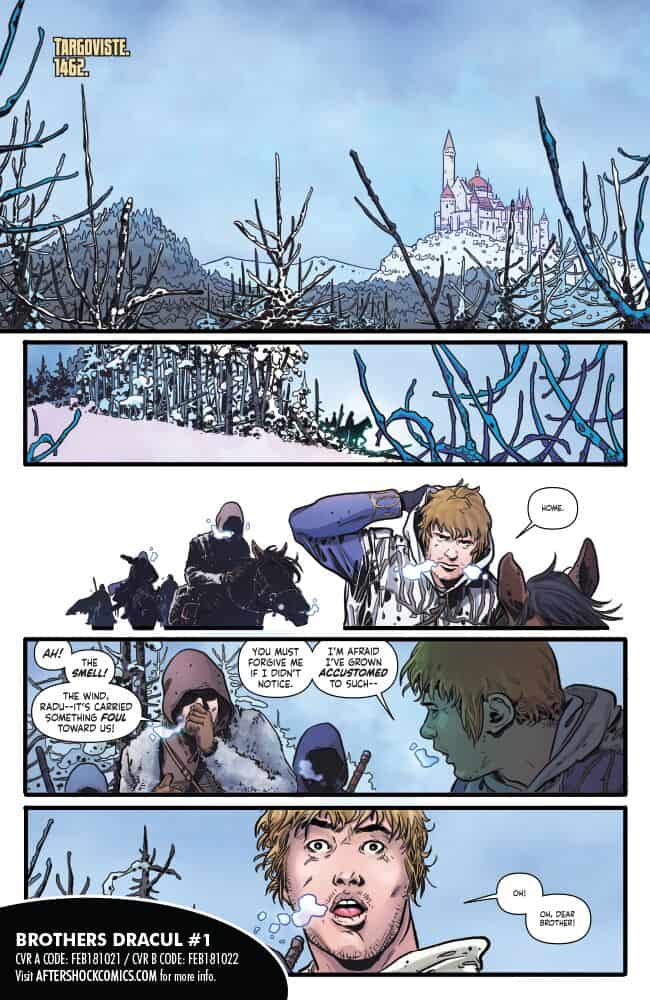 But what turned him into such a depraved killer? 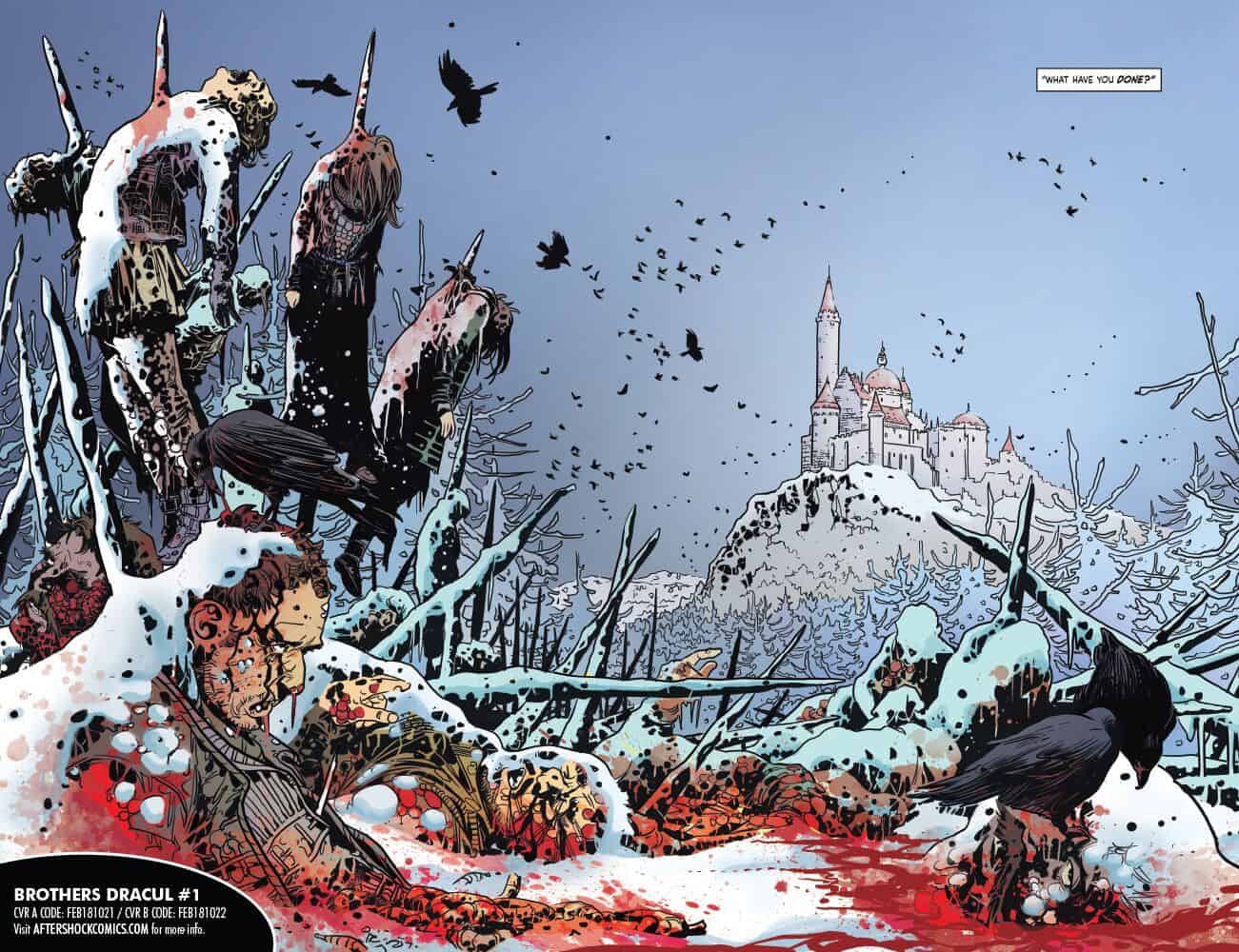 The truth lies in his teenage years, 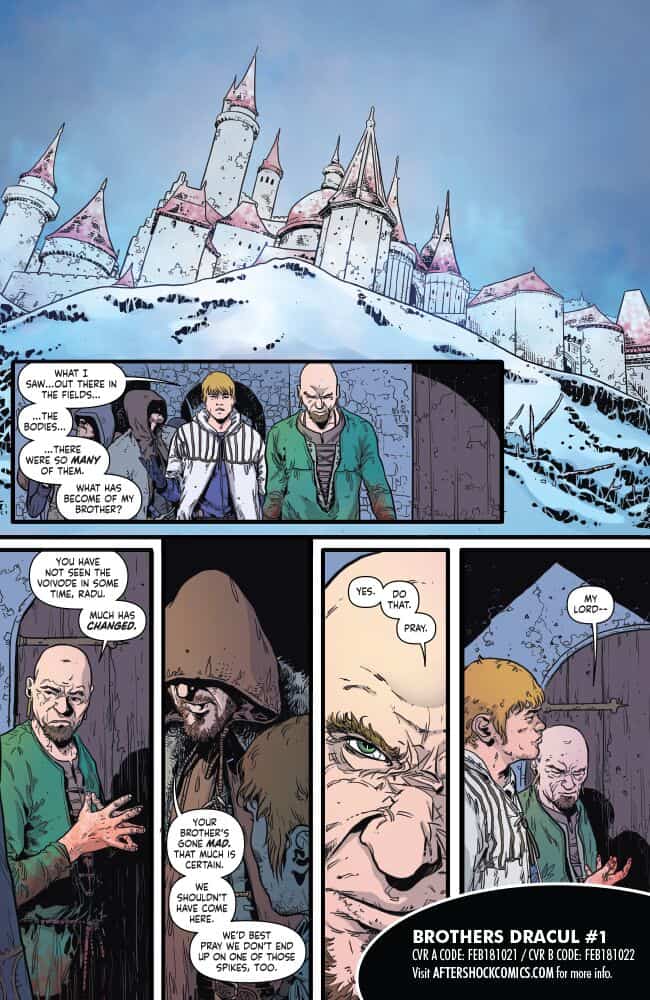 when Vlad and his brother Radu were held hostage by the Ottoman Empire. 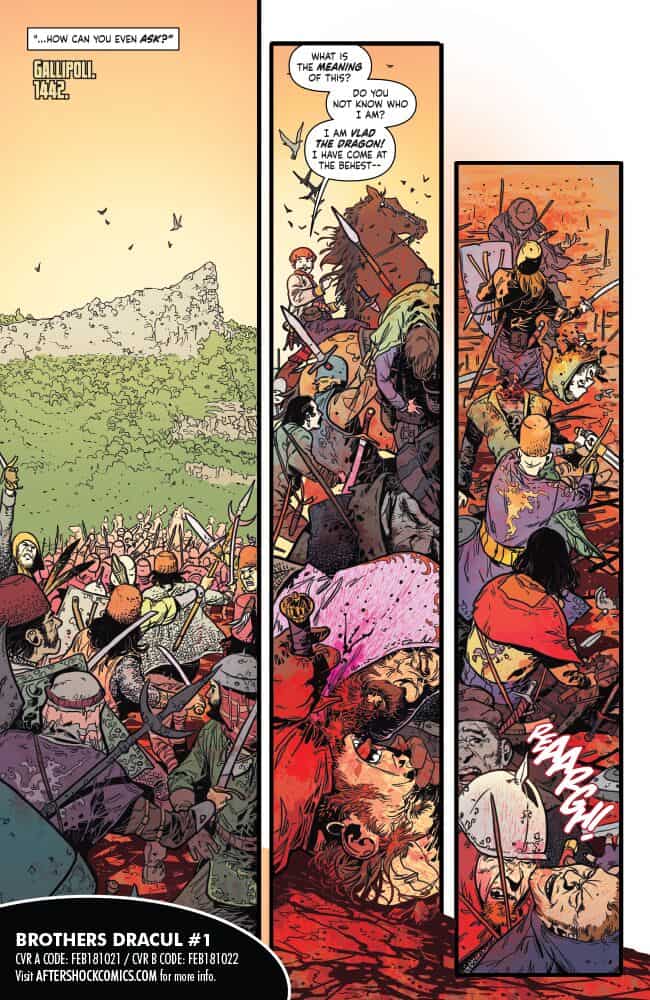 During this time, the brothers learned many things— 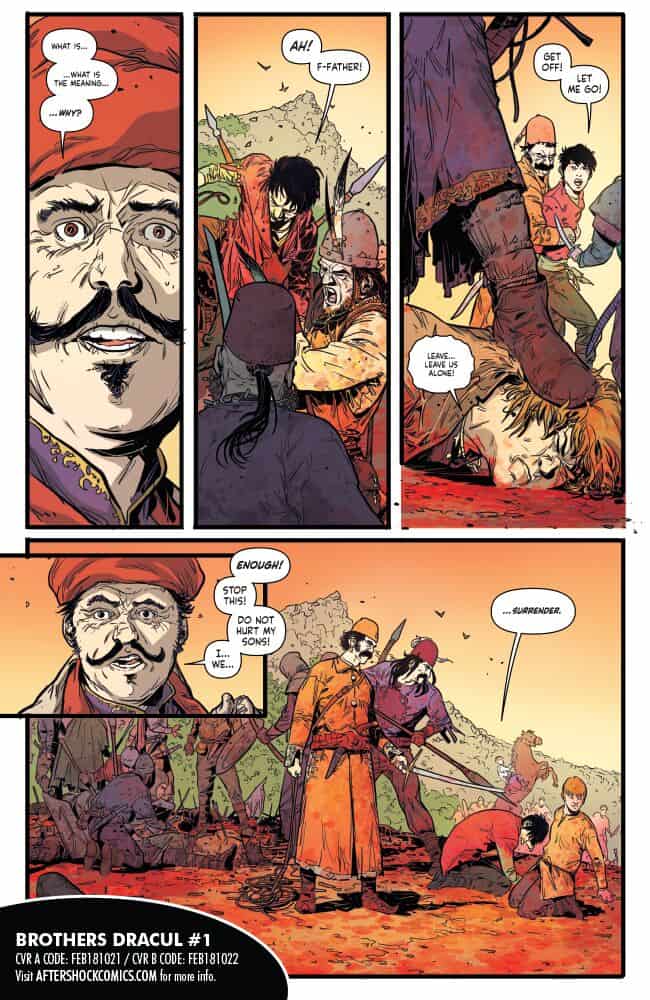 archery, riding, the art of combat, matters of court… 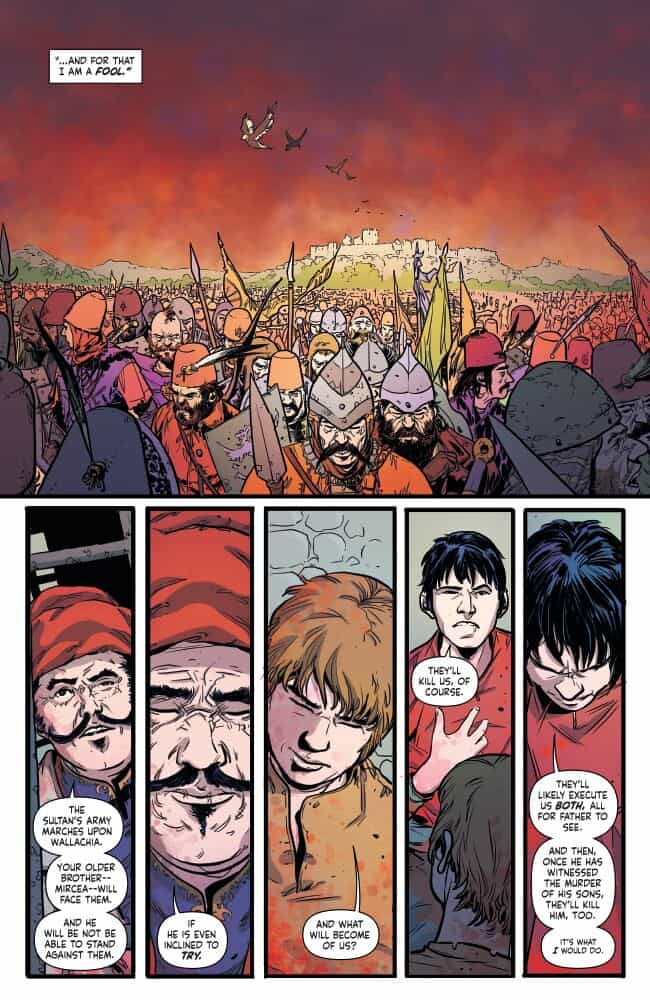 …and how to stalk and slay vampires! 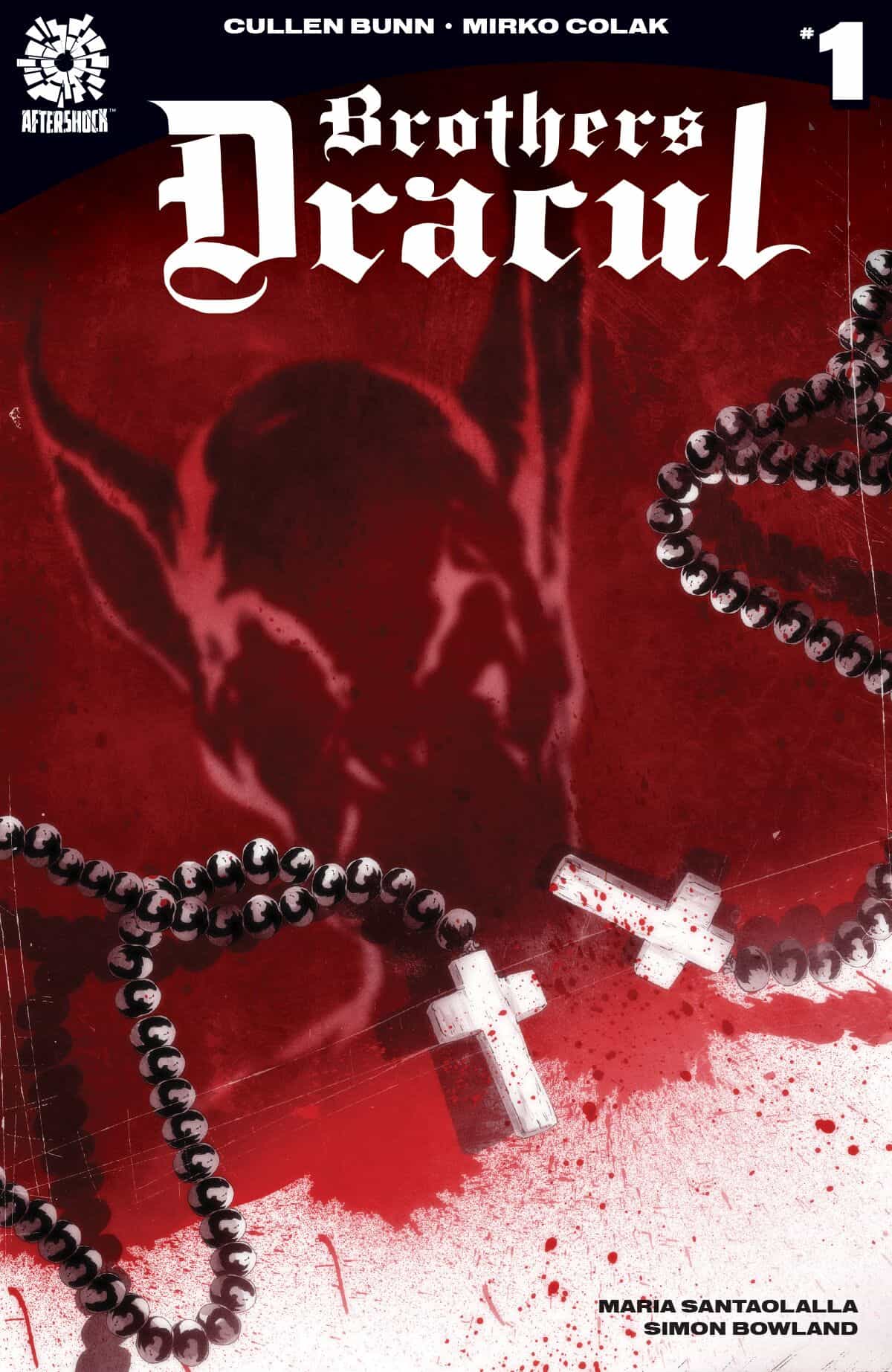