First Watch: Read All Abbott It! 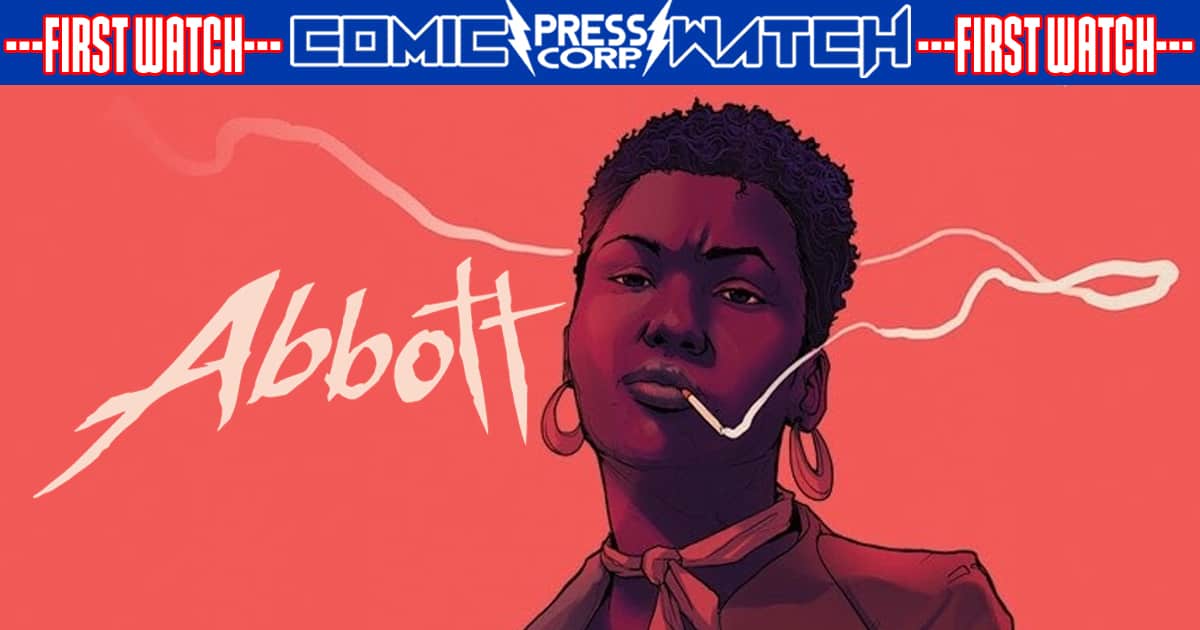 BOOM! Studios is excited to announce Abbott, a new, original comic book series launching in this week from Hugo Award-nominated writer Saladin Ahmed (lack Bolt) and artist Sami Kivelä (Beautiful Canvas) about a female journalist of color in 1970s Detroit named Elena Abbott who investigates a series of grisly crimes the police have ignored, crimes she recognizes to be the work of a dark magical force, the same force that murdered her husband 10 years ago.

Like many kids, my dream career choices ranged widely, and thanks to an early introduction to Lois Lane, intrepid reporter was high on that list.  It was a romanticized version of journalism, of course, but the idea of chasing down leads and toppling bad guys with a well-placed newspaper article still gets me pumped.  As she looks for clues, Abbott puts herself in the crosshairs of a mysterious power out for more blood, all the while navigating a harsh social environment that’s structured to protect the powerful, and prevent access to change.

“Abbott is a brilliant, tenacious reporter covering everything from organized crime to police brutality, but she’s a shell of her former self,” says Ahmed. “She knows she won’t be whole until she unravels the mystery of her husband’s murder.”  Born in Detroit, Ahmed had been wanting to write a story set in his hometown, especially during a pivotal moment in its history. 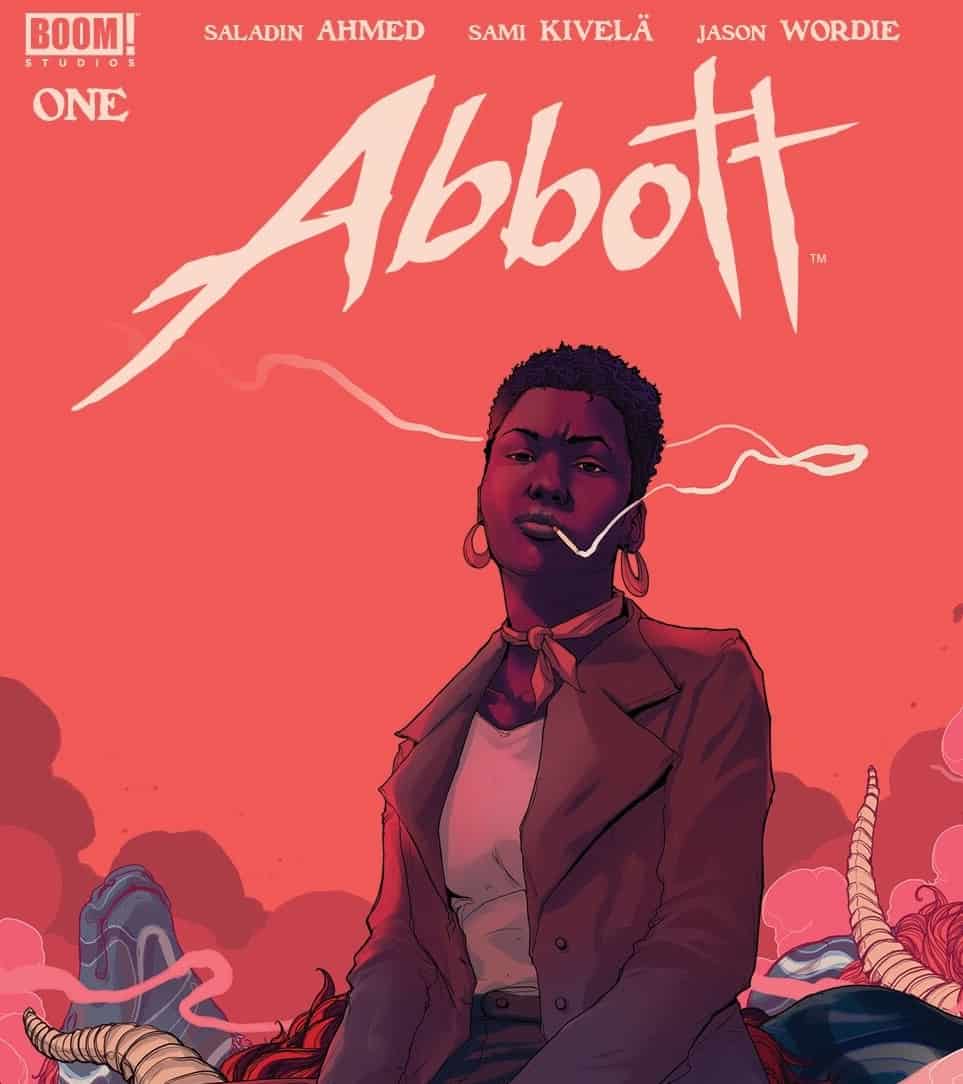 “A cast of hippie wizards, black revolutionaries, and cranky newsmen also appear in Abbott, but the real co-star of the book is the city of Detroit,” says writer, Ahmed.

“Set in 1972, the year Nixon was re-elected and Motown Records left for Los Angeles, Abbott takes place against a backdrop of white flight and black renaissance in Detroit.”  Ahmed has received critical acclaim for his first comics project, Black Bolt for Marvel, which launched this past summer.  Abbott is his first original comic series. Sami Kivelä has also been enjoying critical success with his recent Black Mask title, Beautiful Canvas. 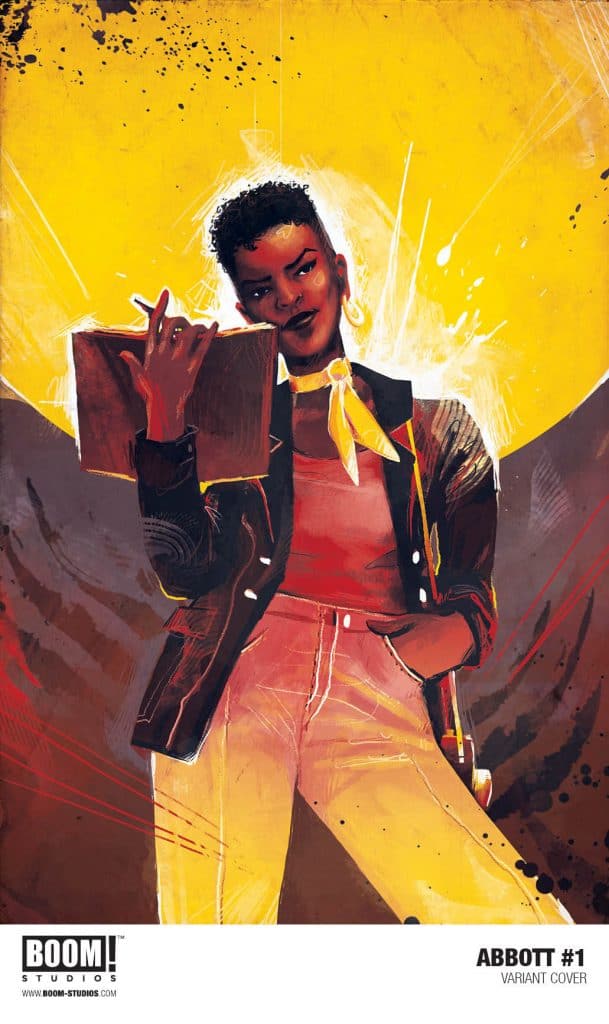 “I’m very excited to bring Abbott and her world alive,” says Kivelä. “She’s a fascinating character, and I can’t wait for people to explore ’70s Detroit and its shadowy secrets with her.”

Abbott #1 has a main cover illustrated by Taj Tenfold (Sisters of Sorrow) and a variant cover by Micaela Dawn (Victor LaValle’s Destroyer).

”Saladin and Sami are two of 2017’s breakout stars, and we could not be more excited to bring them together to kick off 2018,” says Eric Harburn, Editor of BOOM! Studios.  “A story about the systemic evils of oppression and prejudice that plague our country and the one woman brave enough to stand up against them, Abbott is an exhilarating, thought-provoking series that could not be timelier, despite its 1970s setting.”

Make sure not to miss meeting  Elena Abbott, the hard-hitting, no-nonsense reporter who isn’t afraid to go after the truth, even if that truth makes some people uncomfortable. She’s facing challenges on all sides, including a terrifying supernatural threat, but she won’t rest until she brings it to light.   Grab your press hat and check it out!

In addition to the incredible Abbott #1 going on sale this week, you can check out our newest graphic novel Adventure Time: Princess and Princess, in which Finn accidentally becomes Princess of an underground kingdom. The Roanoke girls are off to track down a jackalope in Lumberjanes #46, and the Rangers are getting worried about Matt’s safety in Saban’s Go Go Power Rangers #6! 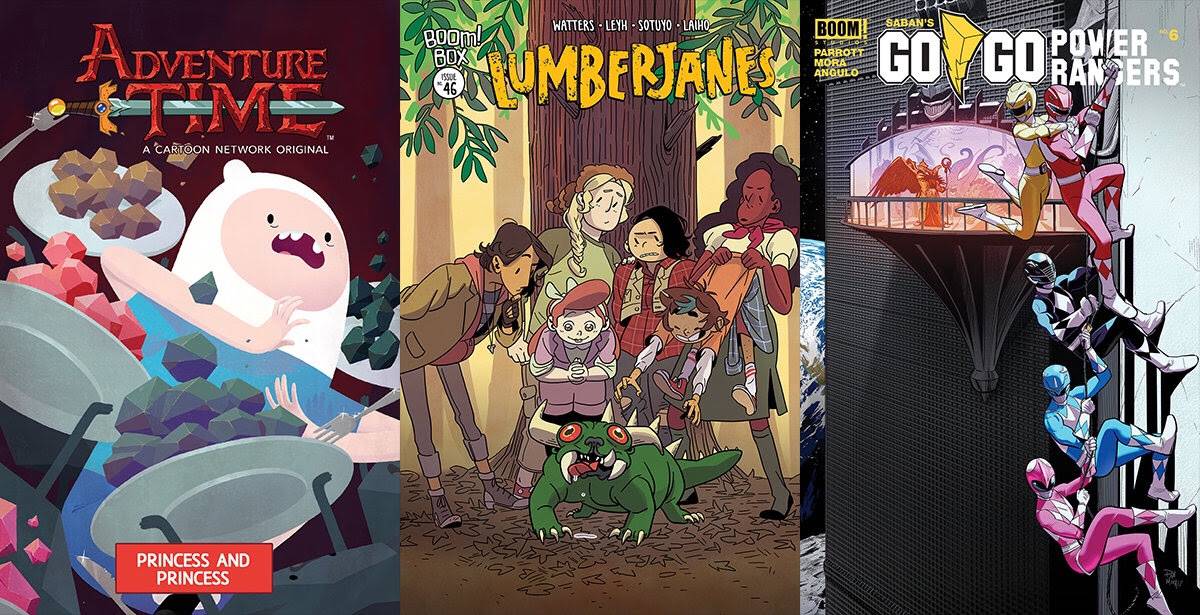