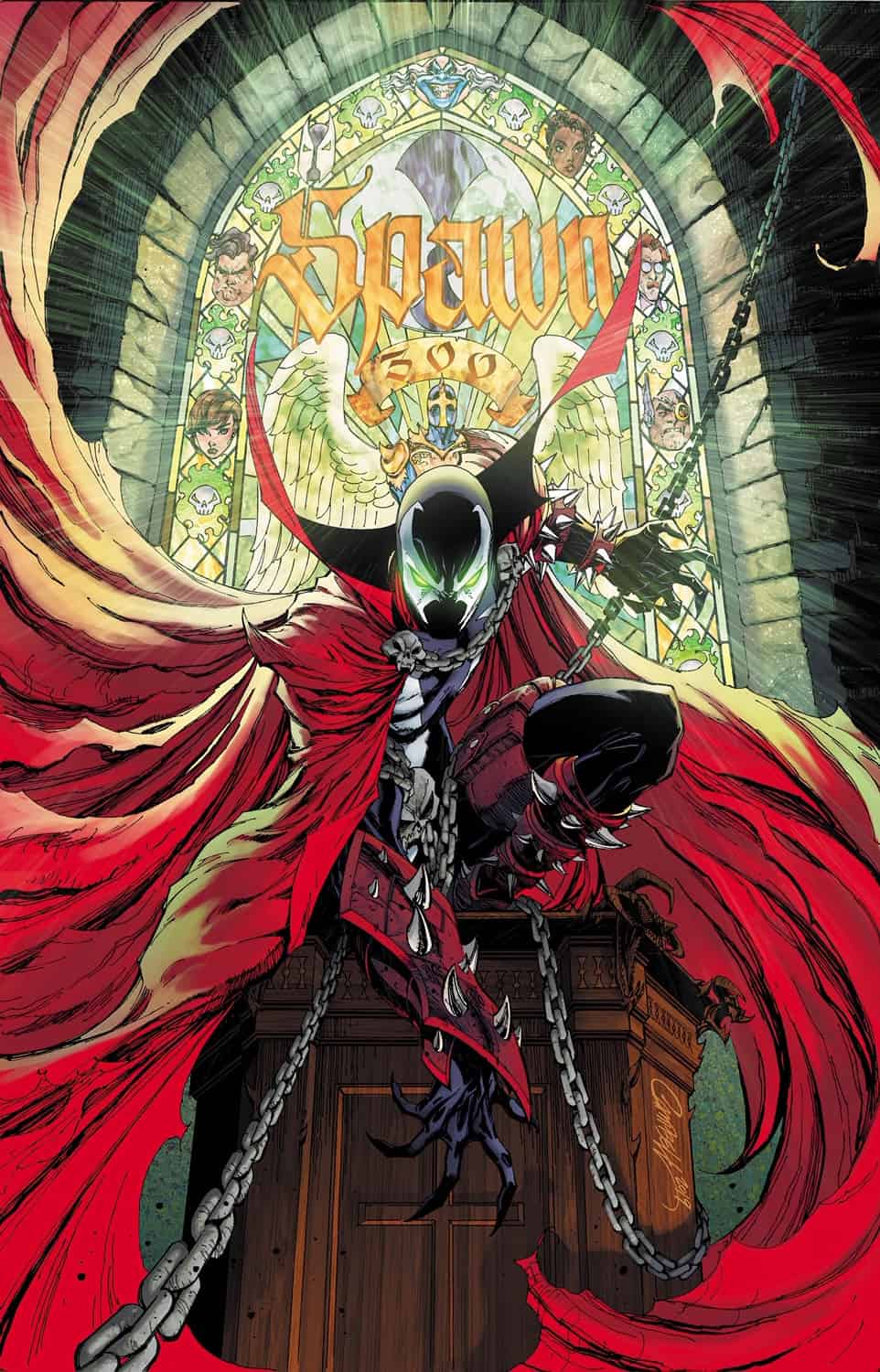 PORTLAND, Ore.— Image Comics is pleased to reveal the highly-anticipated J. Scott Campbell cover for the upcoming milestone SPAWN #300 issue by Todd McFarlane, President at Image Comics and creator of SPAWN. This is just the first of many exciting cover reveals to come on the #Roadto300!

Momentum and frenzied buzz surrounding the classic antihero series continues to build leading into historic SPAWN #300 and record-breaking SPAWN #301 when SPAWN becomes the longest-running creator-owned comic in the world.

The celebration of SPAWN’s 300th and 301st issues is just beginning. More art and cover reveals will be shared over the coming weeks as the road to comic book history nears its destination.

SPAWN is currently being adapted for film—a gritty, R-rated reimagining—which will mark Image President, co-founder and SPAWN creator, Todd McFarlane’s film directorial debut. McFarlane, an Emmy/Grammy-winning producer/director is also on board as screenwriter and producer.

SPAWN sold an unprecedented 1.7 million copies at the time it was released and is one of the world’s best-selling and longest-running monthly comic books, with hundreds of millions sold worldwide in more than 120 countries, and 15 different languages.

The comic became an Emmy Award-winning animated series on HBO and a New Line Cinema feature film that grossed more than $100 million. McFarlane went on to direct and produce award-winning and critically acclaimed projects for top movie studios and record labels.