With the month of June comes great power comes great responsibility in the form SPIDER-MAN: REPTILIAN RAGE #1 from writer Ralph Macchio and artist Christopher Allen, with a cover by Todd Nauck! The web-slinging one-shot brings you a brand new Spider-Man adventure, told in the mighty Marvel manner! 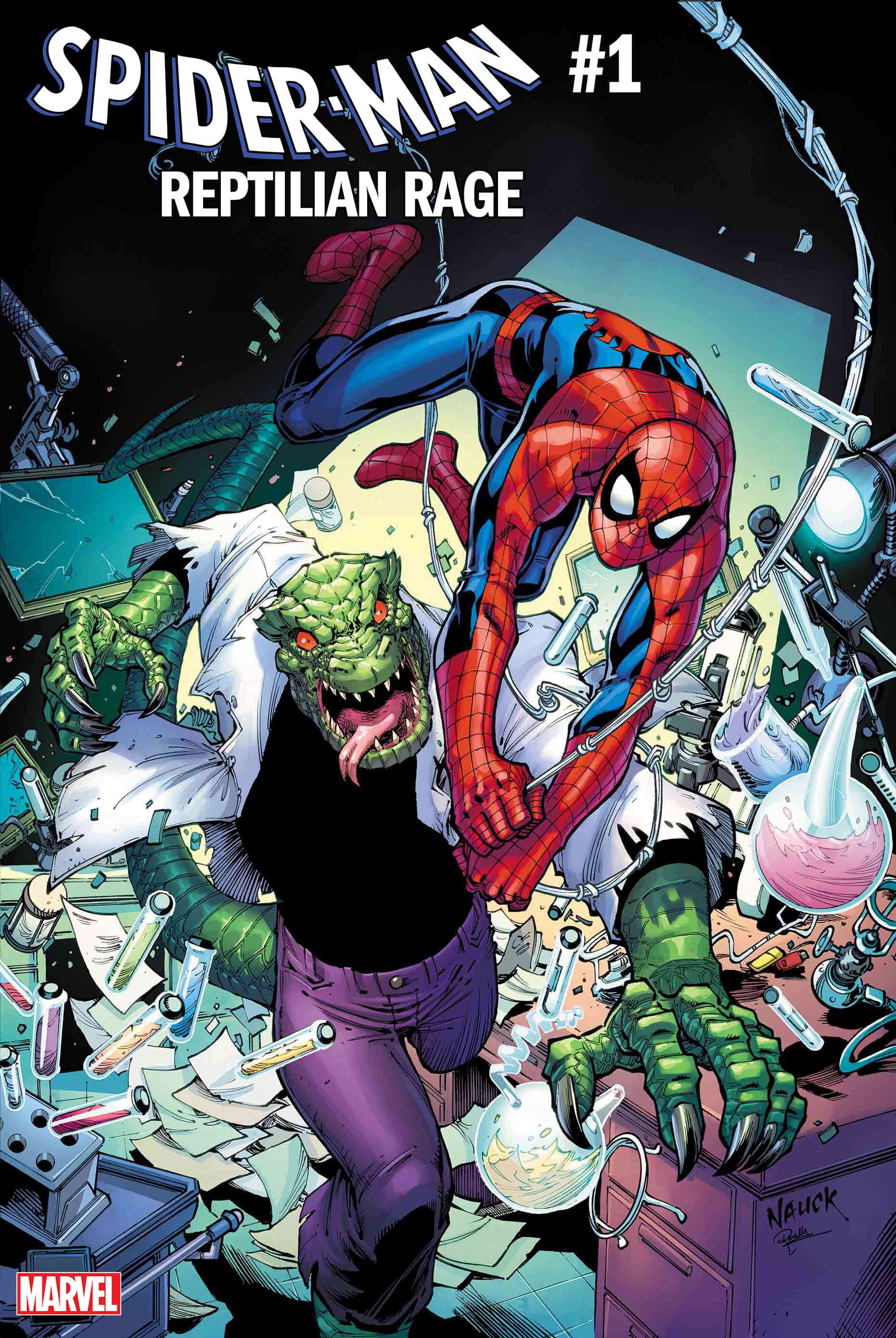 “Whether you know him from the comics, the films, the games, the animated series…this is a Spider-Man vs. the Lizard tale for you! The story is classic Spider-Man—and it’s peak Peter Parker,” teases editor, Mark Basso. “Peter’s got a once-in-a-lifetime opportunity to land an internship at ESU as a high schooler…but to take it, he’s going to have to choose between helping himself as Peter or helping others as Spider-Man. It’s hardly a choice for someone with his sense of responsibility, but Ralph Macchio and Chris Allen are going to keep you guessing how he’s going to get out of this one.”