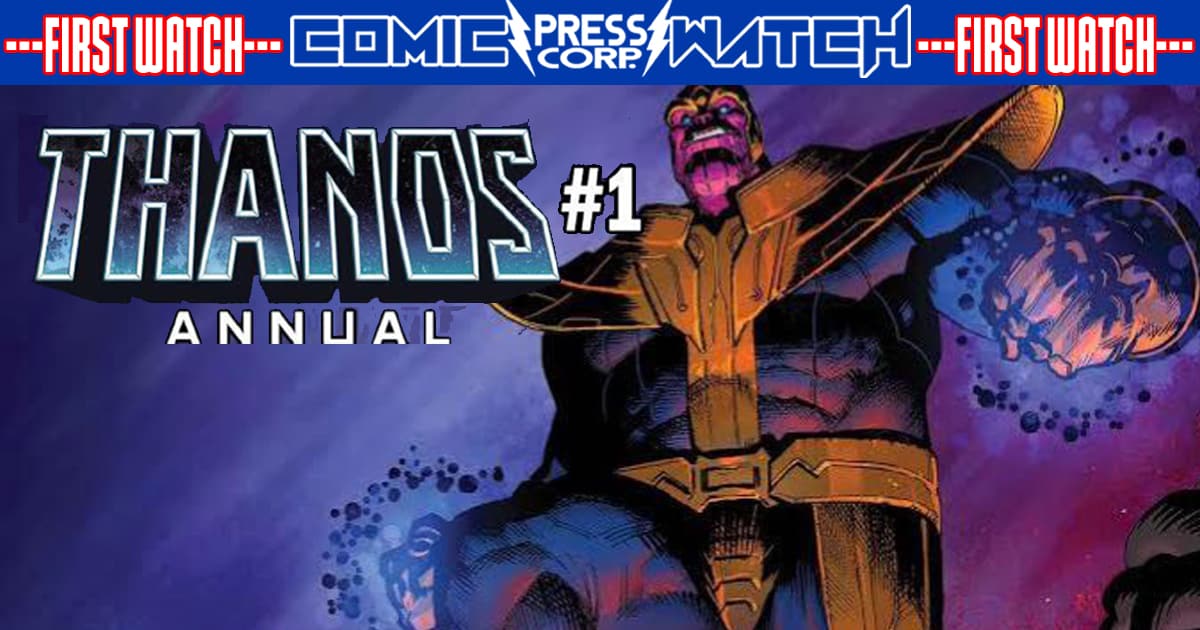 This April, in an all-new story, some of Marvel’s most acclaimed writers and artists join superstar team Donny Cates and Geoff Shaw to help Cosmic Ghost Rider narrate all of Thanos’ heinous exploits.  Who better to guide you through such deeds than the newest twisted ally to enter the Marvel Universe?

“In issue #15 of Thanos, we see the Rider get a look into Thanos’s mind.  In this annual, he tells us about some of the horrors he found in the dark corners of it,” teases series editor Jordan D. White.  “Donny is, of course, contributing, and we’re both pumped about the TWISTED stories that folks have been pitching in for the Mad Titan.” 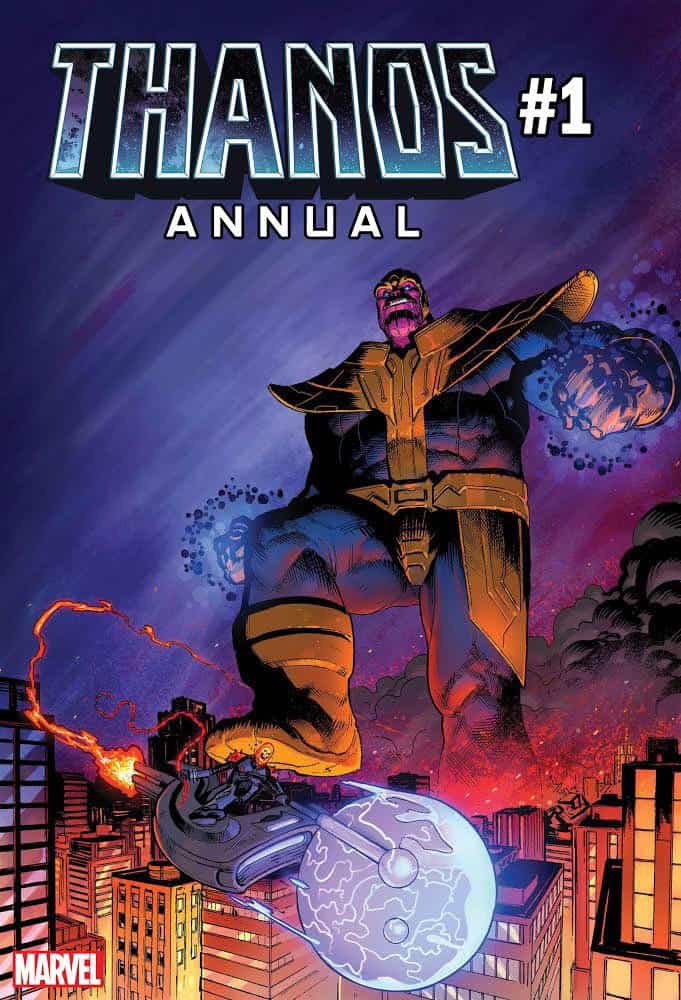 “I am so excited to delve further into the Mad Titan and his Cosmic Ghost Rider…friend, and this Annual is a murderer’s row of talent that is not to be missed!” adds Cates.  “Come and explore the worst deeds Thanos has ever performed…but uh…don’t plan on sleeping anytime soon!” 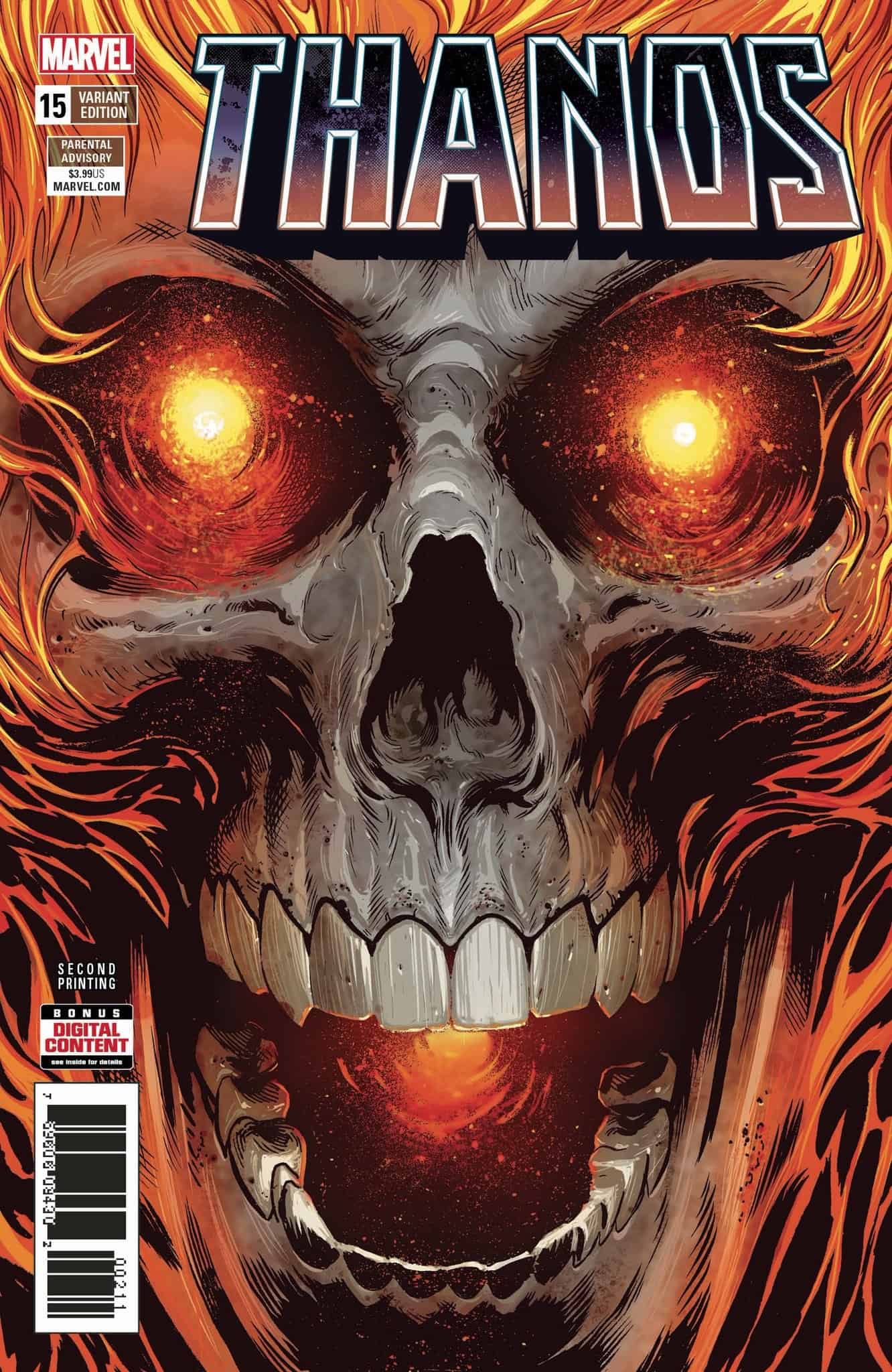 Don’t miss the series that Comic Watch has raved is “the Mad Titan in all his power-hungry glory” – and don’t miss THANOS ANNUAL #1 when it hits comic shops this April!