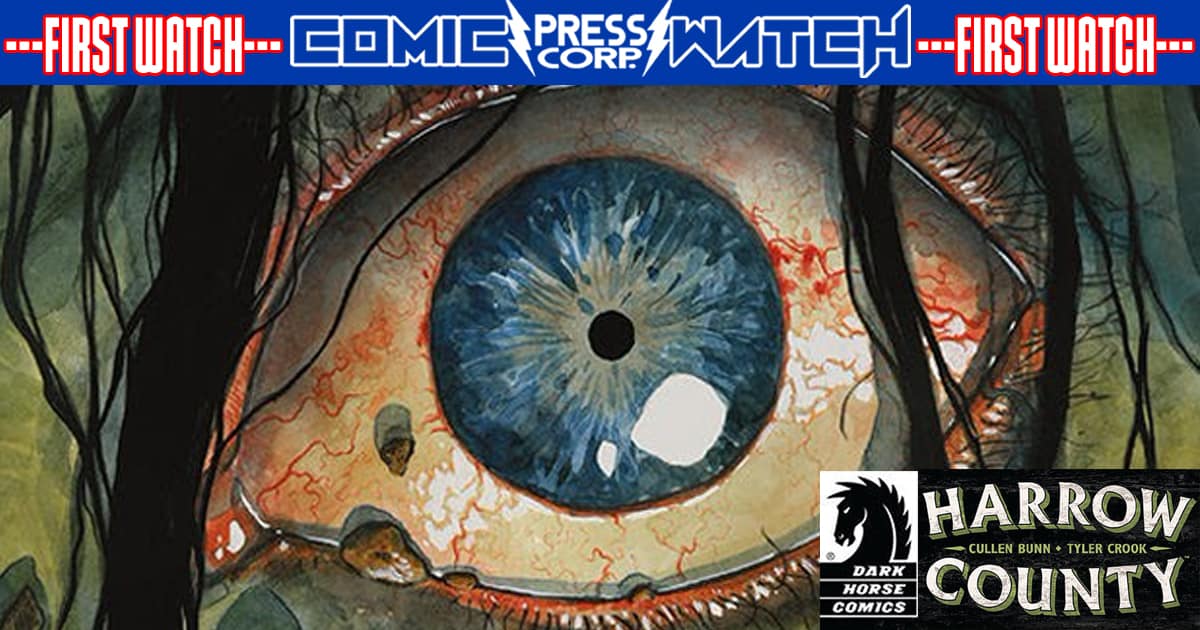 In May 2015, readers from across the world accepted an invitation to visit a town called Harrow County and despite countless haunts, witches, monsters, and murderers, we hope you’ve had a pleasant stay.  The final arc of the acclaimed series by Cullen Bunn and Tyler Crook begins haunting shelves in March!

The beloved horror fantasy penned by Cullen Bunn with devilishly delightful art by Tyler Crook has been a tentpole series at Dark Horse for the last two and a half years and it is with bittersweet pride that we announce the final four-issue arc of Harrow County beginning in March 2018. 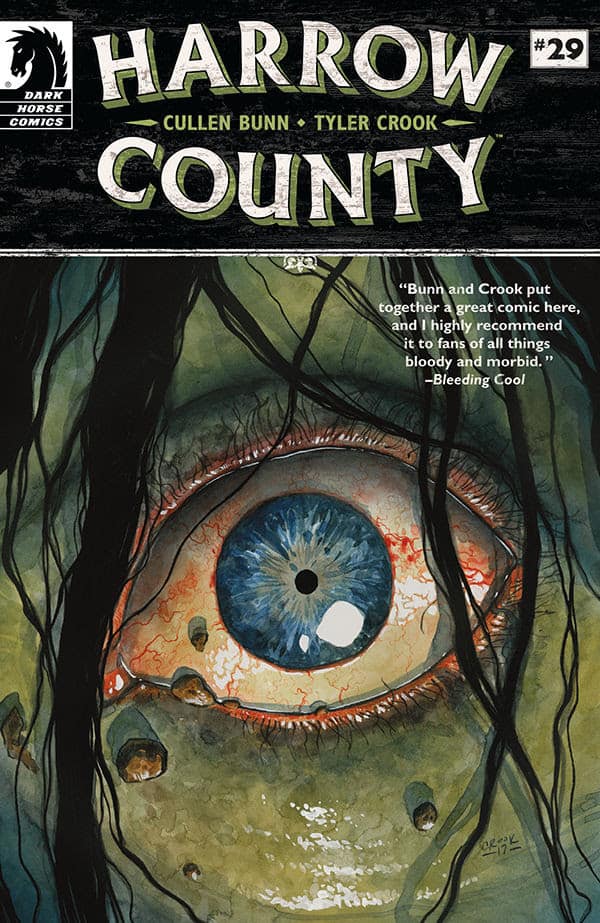 “Seeing Harrow County come to an end is bittersweet. I love this world. I love these characters. I love working with Tyler and Daniel and Dark Horse. And, if I’m being honest, we could probably continue Emmy’s story indefinitely,” says Cullen Bunn. “But we’re moving toward the ending we’ve always planned. We’ve told a story I’m very proud of, and we told it on our own terms. And I think the series is all the better for it.”

“One of the best horror comics I’ve ever read. Super creepy!”—Josh Williamson (Birthright)

“This is one of the best horror series I’ve ever read. It goes beyond the typical horror stereotypes and brings a deeper, more sophisticated kind of terror to the audience. This is definitely a series for all horror fans.”—Huck Talwar, ComicWow!TV

“I am so proud of what Cullen and I have been able to accomplish with Harrow County,” says artist Tyler Crook.  “When we first pitched the book I had no expectation that we would still be working on it 3 and a half years later.  I’ll miss going to Harrow County every day to work but I’m extremely grateful that we were able to tell the story that we wanted to tell.   While this may be the end of Emmy’s story I doubt it’ll be the last Harrow County story.”