“As a futurist, Tony Stark thought he had all the answers. But since coming back from the dead, he now sees the Marvel Universe in a whole new light!” teased editor-in-chief C.B. Cebulski. “How does Iron Man continually evolve and stay relevant in a world where technology advances on a daily basis?… 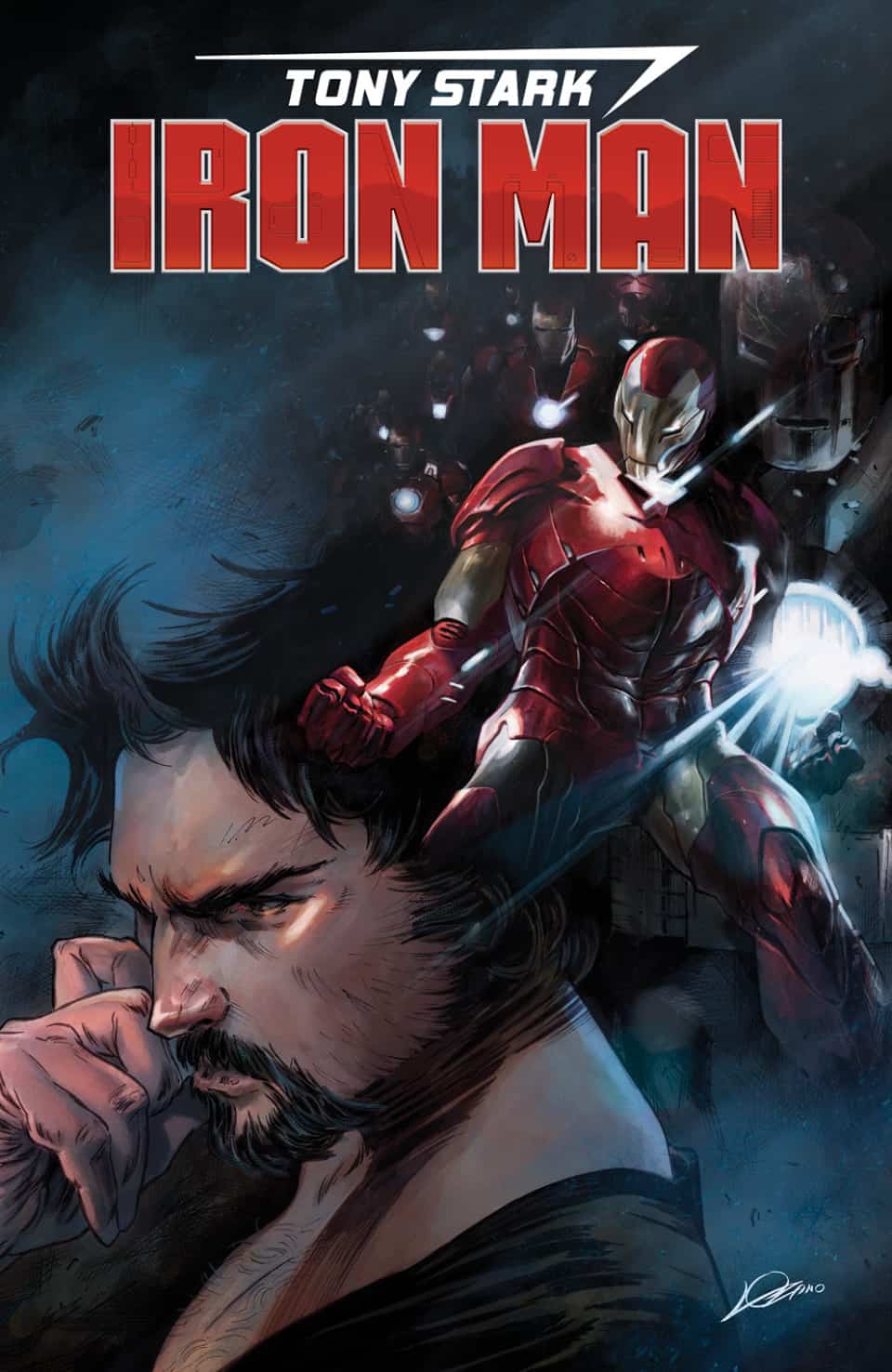 Schiti says fans will get to see “hundreds of different armors in this series. To me this is heaven. To do new designs is one of my favorite things in comics, and here I have the chance to play with such an iconic character, to try different styles, to use classic suits, and to create new and extraordinary armors.”

Schiti says he’s drawing inspiration from everything from “animated series like Transformers, [to] manga like Gundam or Ghost in the Shell, to robots like Mazinger Z or Steel Jeeg. In the movies, Tony Stark creates and collects his armor in his garage, like some sort of petrolhead. So I immediately looked for race cars. But then I thought: why just cars? So now I have hundreds of images of planes, boats, spaceships, factory robots, prototypes… my Pinterest folders are exploding!” 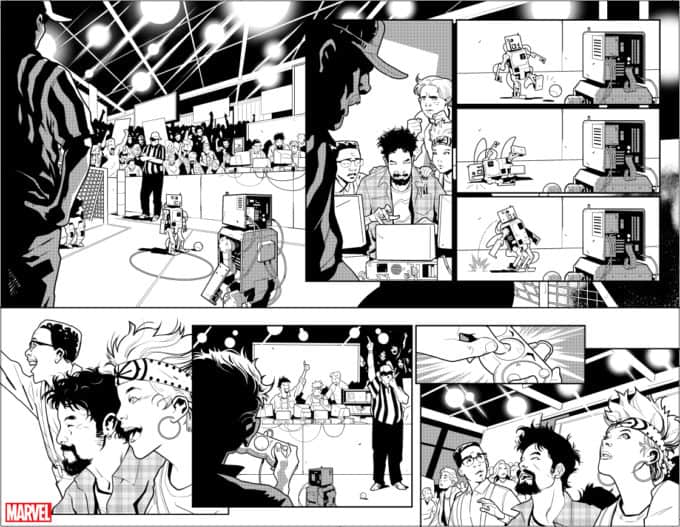 So Iron Man will have no shortage of fierce looks, but what about the man in the suit? Robert Downey, Jr.’s runaway success as the Marvel Cinematic Universe’s Tony Stark has been shaping audience perceptions of the character for the last decade. As Slott put it, “We live in a time where every man, woman, and child on this planet knows who Iron Man is.” However, Schiti reassured readers that their Tony “is not a copycat of the movie one.” He’ll be going back to his classic roots with “new depths [and] new problems that make him somehow ironically similar to the Bronze Age version of himself,” which is a departure from the “wounded, dramatic, and stressed” Tony of, say, the New Avengers series by Jonathan Hickman. Fans, Schiti said, can look forward to meeting “the real, new Iron Man: funny, charming and cool.”(Nerdist.com)

Tony Stark: Iron Man sees Tony returning after some time out of commission after the events of Civil War II. Slott says that, despite this being Marvel’s “fresh start,” the new Iron Man series will carry everything that came before with it. 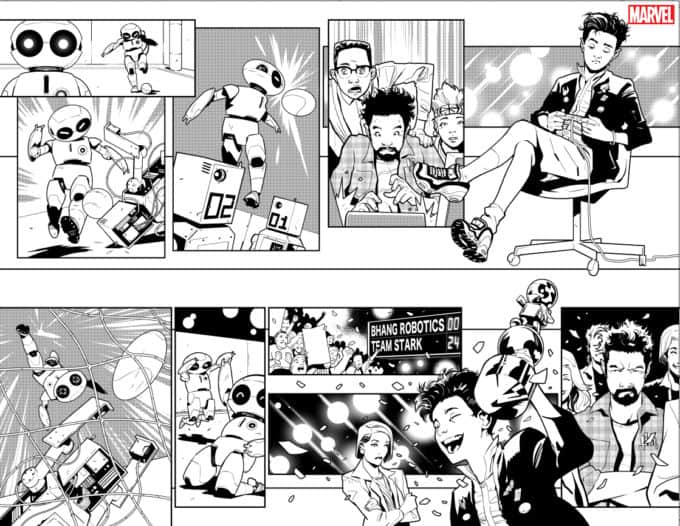 Slott says “Everything counts,…We’re going to play fair with all that’s happened to Tony from the very beginning all the way through to the most current runs. If you’re a longtime Marvel fan, I want you to know: ALL the continuity counts. The legacy counts. But if you’re one of the billions of people on this Earth who only knows Iron Man from the movies, you can jump on right here for a fresh start.”