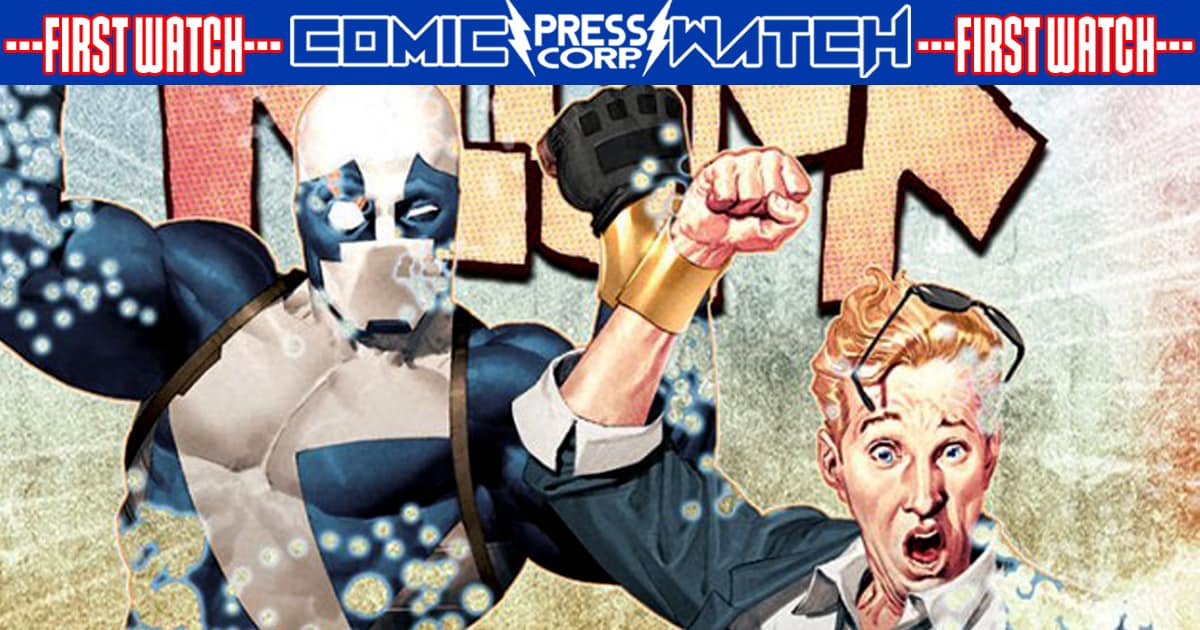 Valiant is proud to announce QUANTUM AND WOODY! #6 – the FIRST ISSUE of A PULSE-POUNDING TIE-IN TO HARBINGER WARS 2, Valiant’s seismic 2018 event!   Klang, klang…klunk?  When the lights go out across America, the world’s worst superhero team is going to finally find out if they have what it takes to be the heroes the Valiant Universe deserves!

On May 30th, get a supercharged introduction to the colossal stakes and worldwide ramifications of the summer’s must-read crossover event, as red-hot rising star Eliot Rahal (BLOODSHOT’S DAY OFF, The Paybacks) and explosive artist Francis Portela (FAITH) finally answer the gripping questions that have long haunted Eric and Woody Henderson:  When push comes to shove, can they stand shoulder-to-shoulder with the world’s most formidable heroes…and, hey, just what happens if they don’t “klang,” anyway?!? 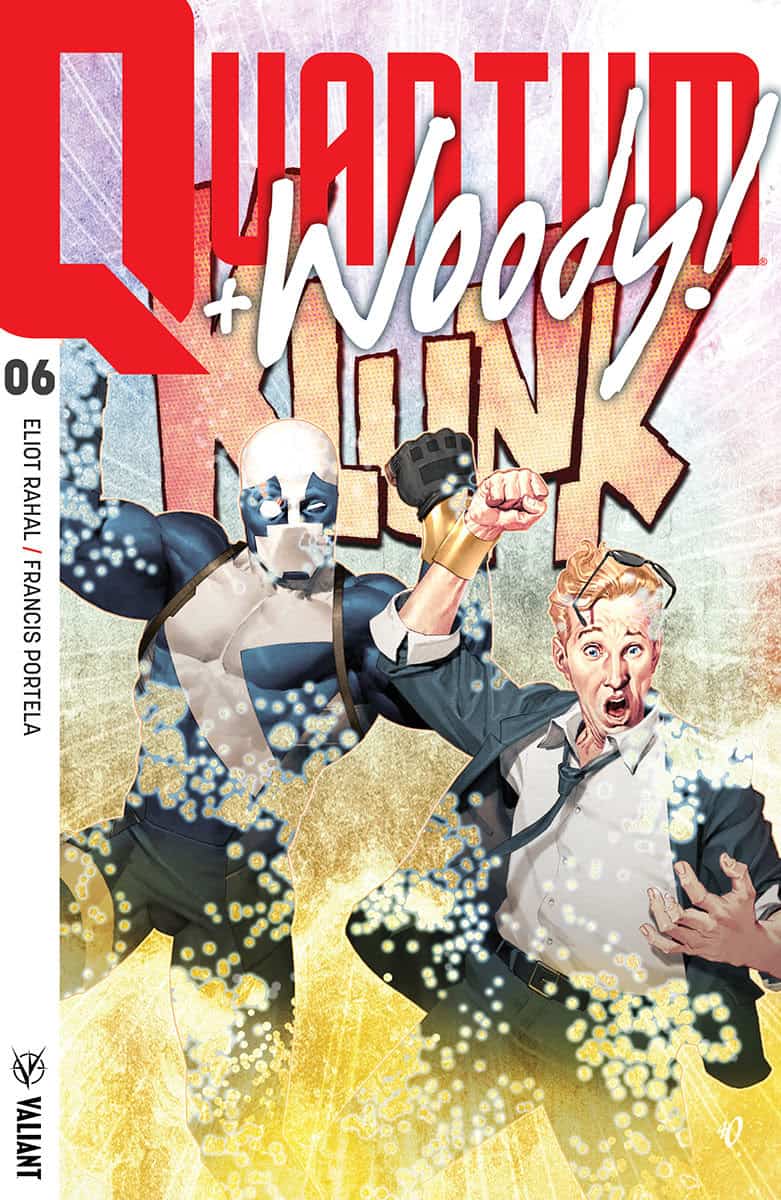 In the ultimate display of power, Livewire has plunged the United States into darkness. From coast to coast, once-vital technology has now been rendered worthless… No cars… No phones… No quantum bands?!? Without the high-tech gauntlets that bind them together, the world’s worst superhero team have 24 hours before they disintegrate into nothingness… Now, stripped of their powers and unable to “klang,” can Quantum and Woody become the heroes they’ve always aspired to be and secure the streets of the nation’s capital…before time runs out?

“The events of HARBINGER WARS 2 are capital ‘B’ big,” writer Eliot Rahal told Newsarama. “Quantum and Woody, although loud voices occupy a very small part of the Valiant Universe. That’s a really fun power dynamic to play with. So I’m treating the fallout from [HARBINGER WARS 2] like it’s an unavoidable disaster. An act of God. It’s too huge of a crisis for them to solve. They just have to deal with it.  Quantum and Woody can only try to survive and do what good they can along the way.” 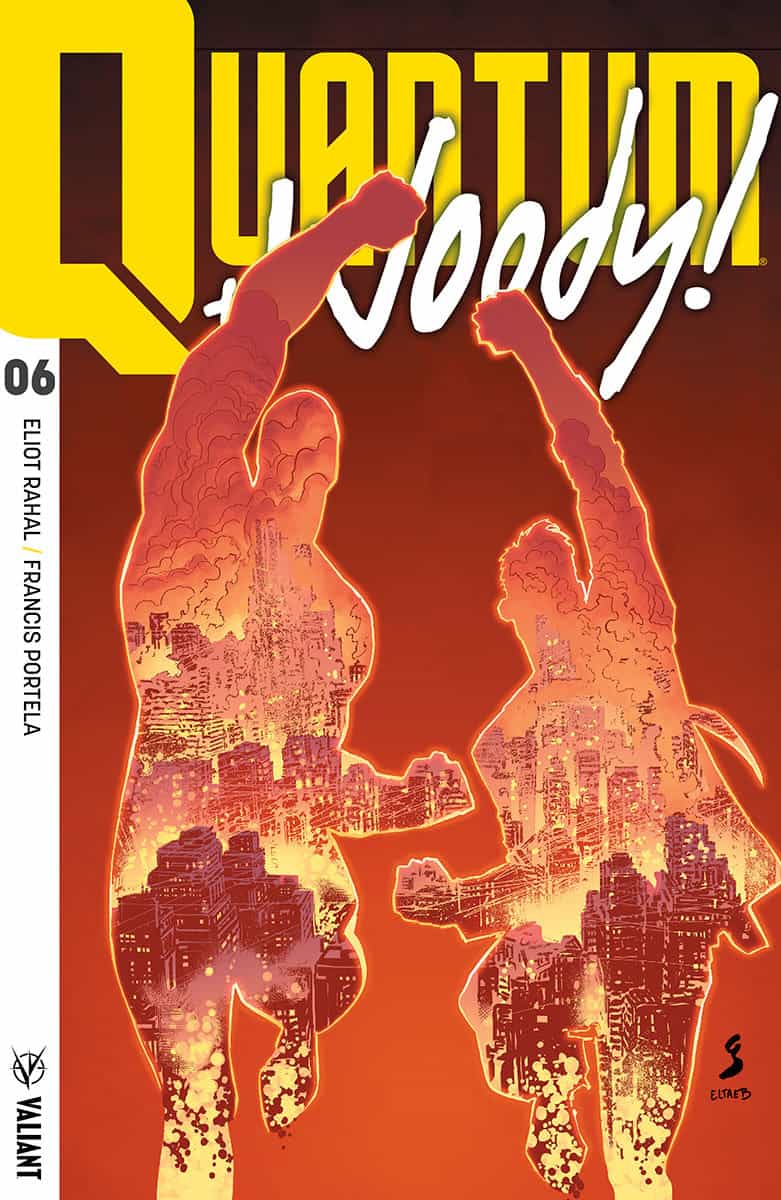 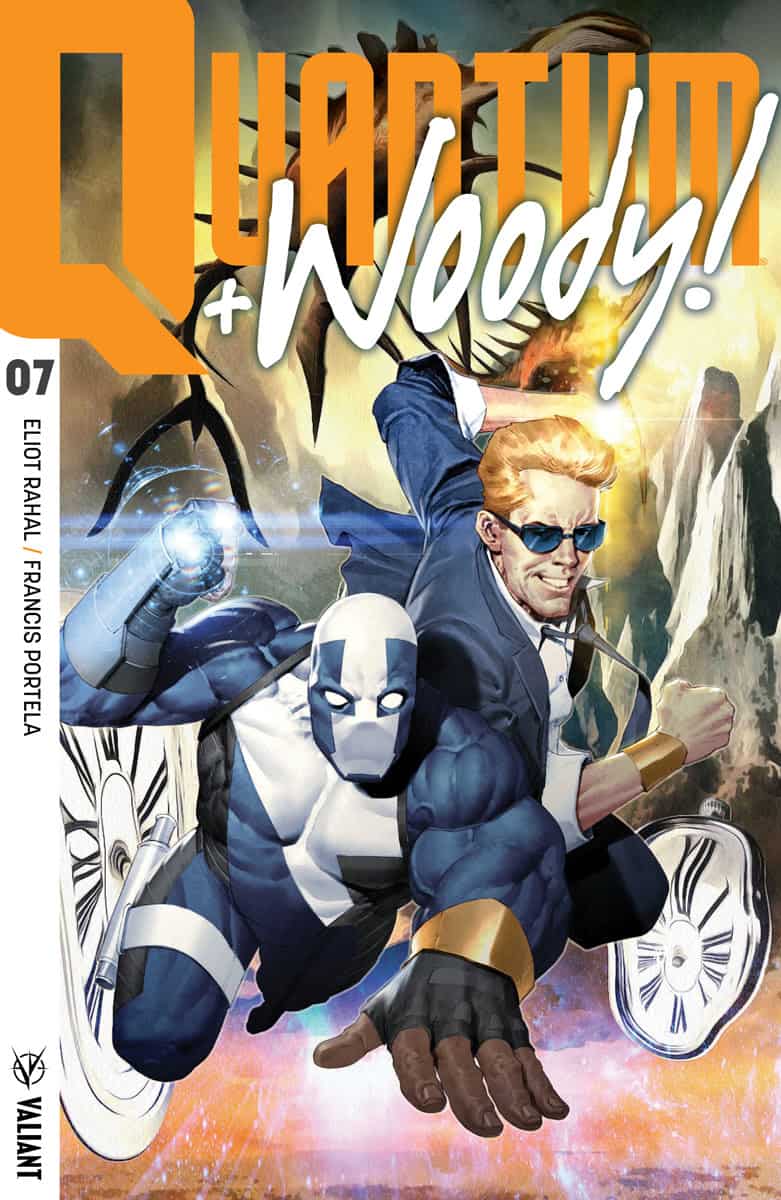 For the rare and immensely powerful subset of humanity known as psiots, their unique abilities have come with an enormous cost. Once, their existence was known only to a select few. Now, the revelation that thousands of these latent telekinetic “harbingers” secretly live among us…with the potential to become active at any moment…has led the American government to a dramatic tipping point… 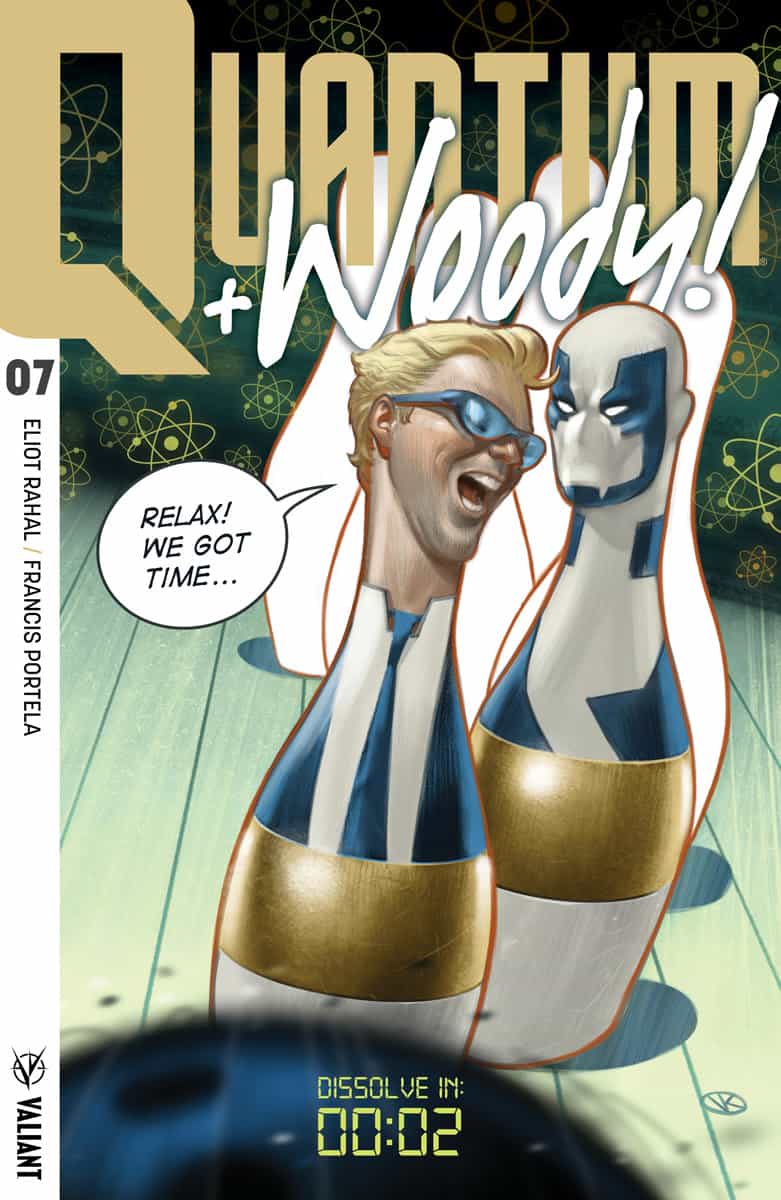 Keep checking back for more incredible HARBINGER WARS 2 news in the weeks to come!