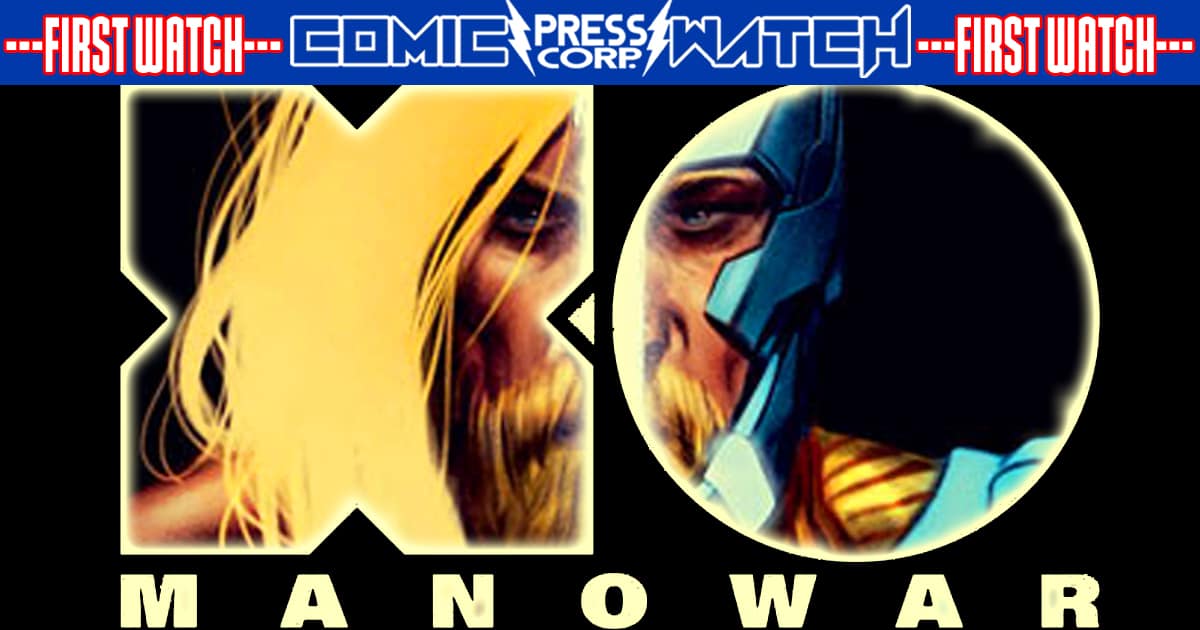 On May 23rd, the best-selling creative team behind Valiant’s groundbreaking DIVINITY series reunites to reveal a battle-scarred mission from Aric of Dacia’s youth… As HARBINGER WARS 2 readies it fire, prepare to witness the landmark episode that forged the heir to the Visigoth nation into the world-smashing, interstellar champion now known as X-O Manowar!

As HARBINGER WARS 2 besieges the Valiant Universe – and X-O Manowar along with it – Aric of Dacia cannot escape the flames that now threaten his future…or the shadows that cloud his past.  Before space… Before the armor… Return to the apex of Visigoth conquest as a younger, brasher Aric and a sword-wielding grifter set off on a continent-spanning quest for fortune, glory, and power!  From the bloodstained sands of the gladiatorial arena to the dunes of the Arabian Desert, meet the man who would become the warrior-king of an alien civilization – and our own world’s most powerful hero – as he sets out to seize his destiny once upon a time in a land of faraway kings and unrepentant conquerors! 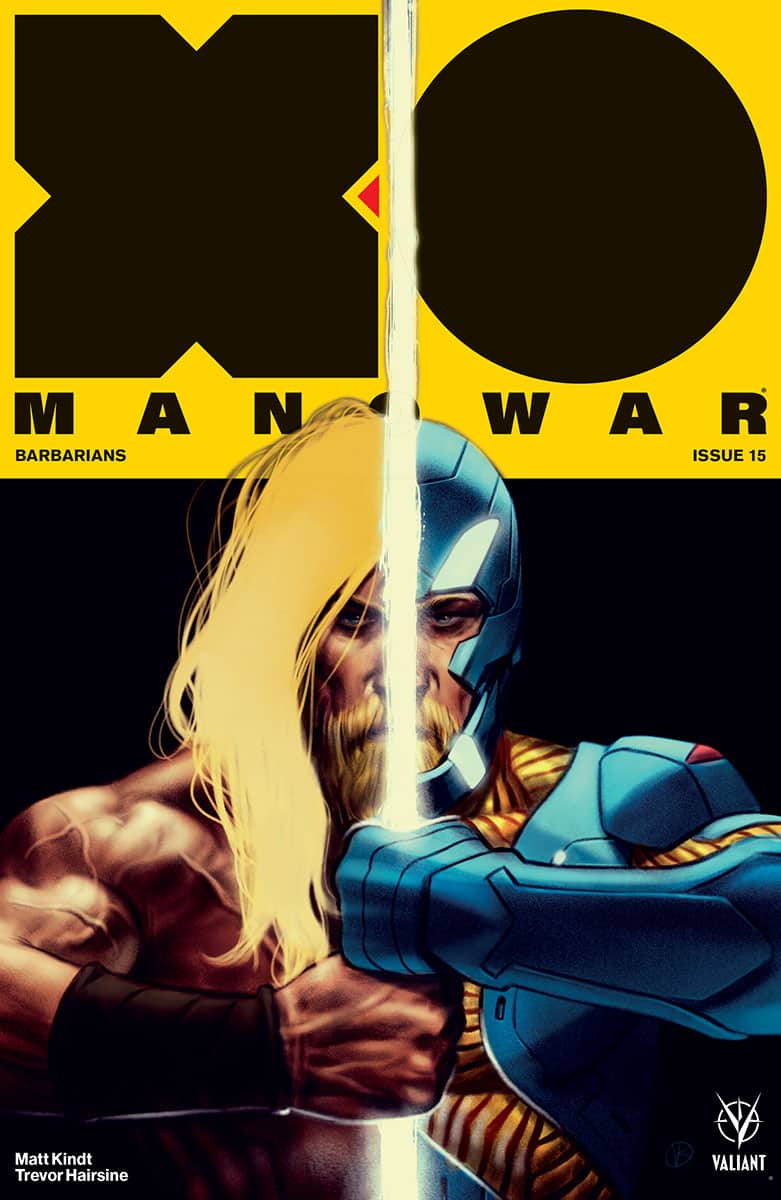 “I wanted to try to do something a little different than we’ve seen in past ‘event’ books that crossover with other books and become these massive unwieldy narratives,” writer Matt Kindt told SyFy Wire.  “So instead of getting a double-dose of X-O Manowar during HARBINGER WARS 2 and in his own book, I thought it would be more interesting to have him take on a larger role in the HARBINGER WARS book and then have a contrasting tale taking place in his own title – one that tells a story of him as a Visigoth in Rome – that would both inform his past self and also serve to work in harmony with HARBINGER WARS 2… Two stories that can be read independently of one another, but also work together in this crazy harmonic way if you’re reading both.  Both storylines are standalone and also…not.” 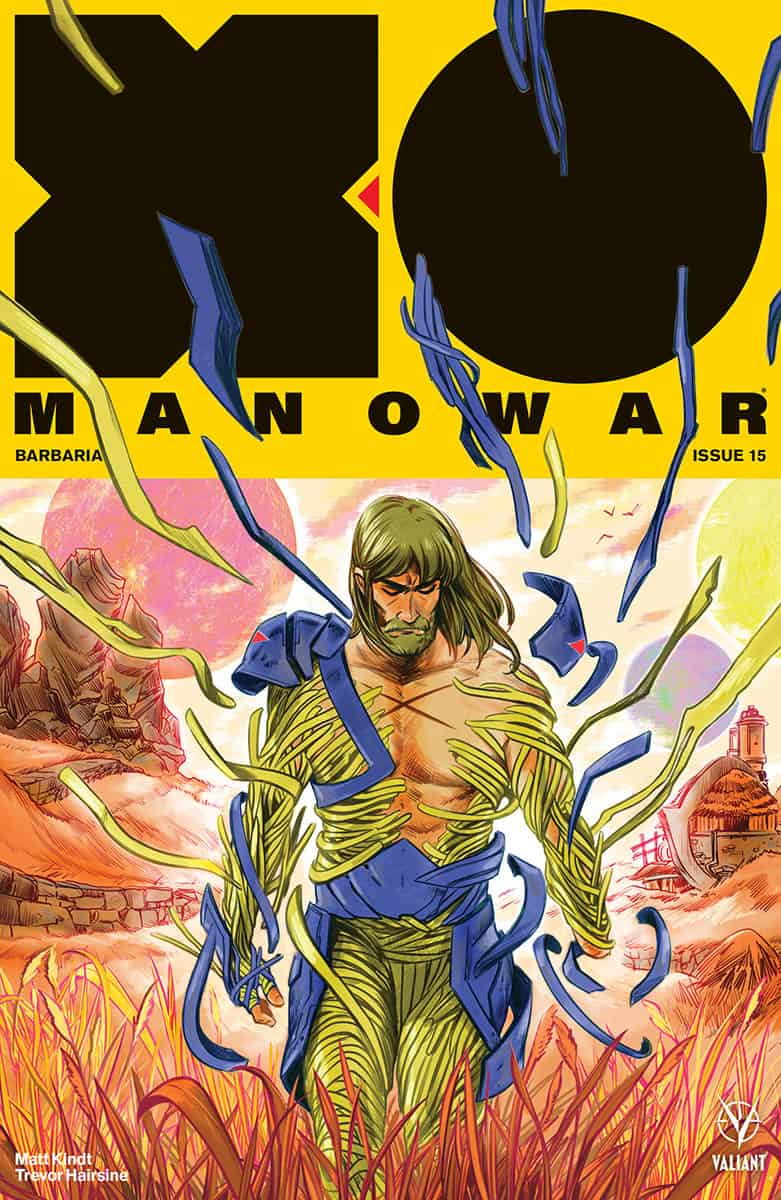 On May 23rd, jump on board one of the most acclaimed series in comics today as visionary creators Matt Kindt and Trevor Hairsine reunite for a thrilling, four-part melee of blood and steely-eyed daring at the height of the barbarian age with X-O MANOWAR #15 – featuring covers by Lewis LaRosa (BLOODSHOT SALVATION), Jim Mahfood (Grrl Scouts), Veronica Fish (Spider-Woman), and Viktor Kalachev (Blue Estate)!

PLUS: Valiant is rewarding fans who reserve “BARBARIANS”, the next staggering arc of Valiant’s best-selling epic series, with specially expanded, limited editions of each issue in the X-O MANOWAR #15-18 PRE-ORDER EDITION BUNDLE – available only as a pre-order set!  Released monthly from May 2018 through August 2018, each PRE-ORDER EDITION comes packed with trade paperback-style extras and bonus content, including creator commentary, behind-the-scenes looks at the creation of the comics, process character designs and artwork, and first looks at upcoming issues – plus exclusive covers by Shane Davis (Superman: Earth One) that can’t be found anywhere else! 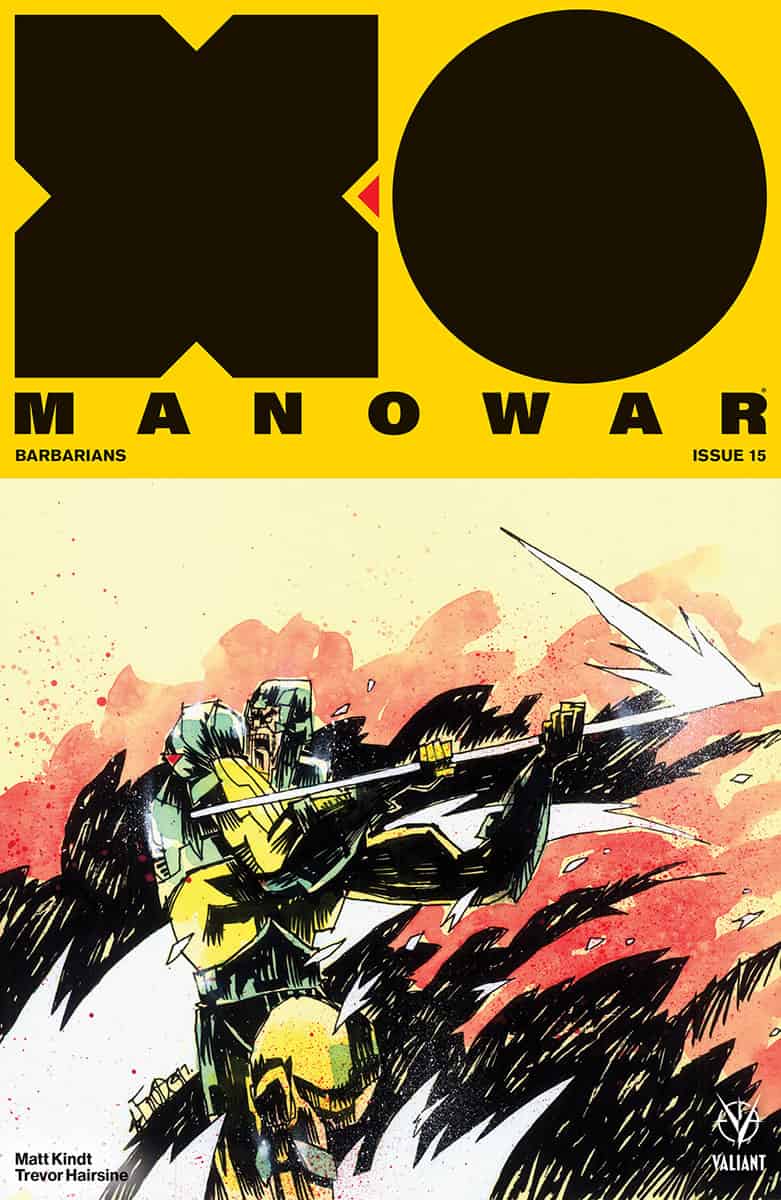 Fans and retailers, take note:  The only way to obtain these exclusive items is to pre-order all four issues with your local comic shop by the initial order date of March 29th, 2018!  No more copies will be made available beyond that date and subsequent issues will not be offered in later solicitations!  For the pre-order form, please comment that you’re interested and we will make sure to get you the form! 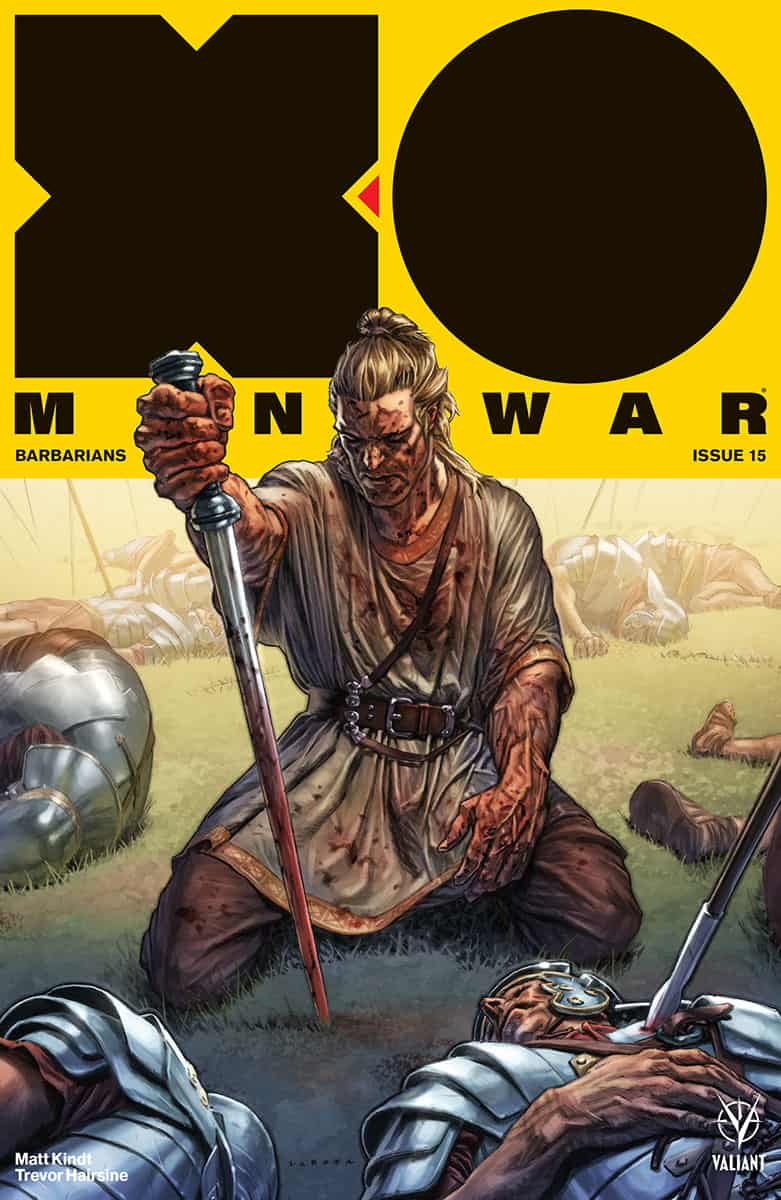 ALSO BEGINNING IN MAY! 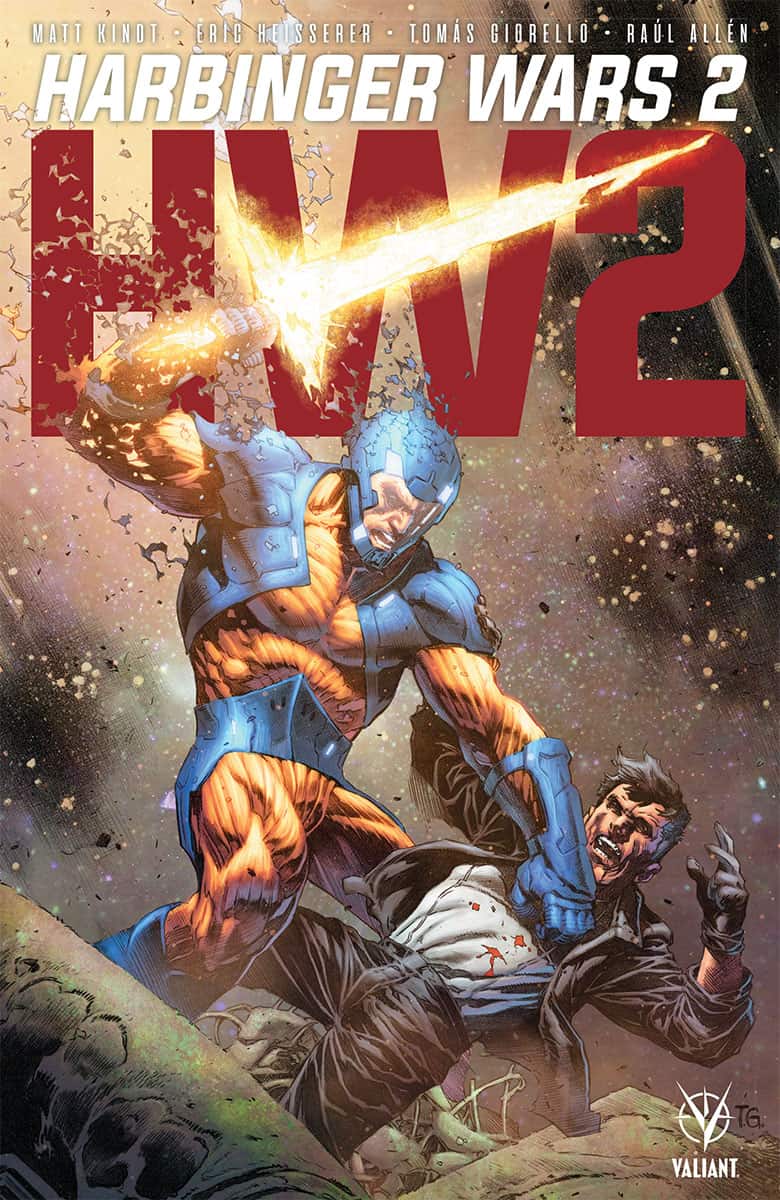 For the rare and immensely powerful subset of humanity known as psiots, their unique abilities have come with an enormous cost.  Once, their existence was known only to a select few. Now, the revelation that thousands of these latent telekinetic “harbingers” secretly live among us…with the potential to become active at any moment…has led the American government to a dramatic tipping point… 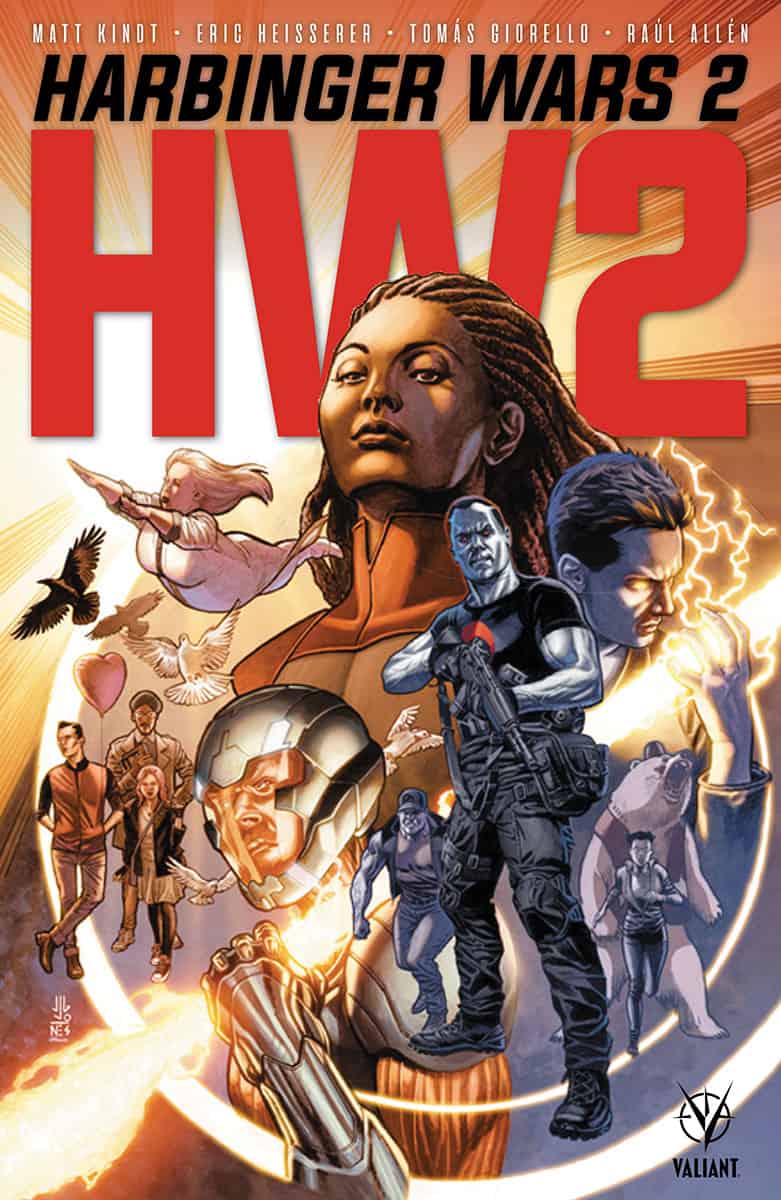 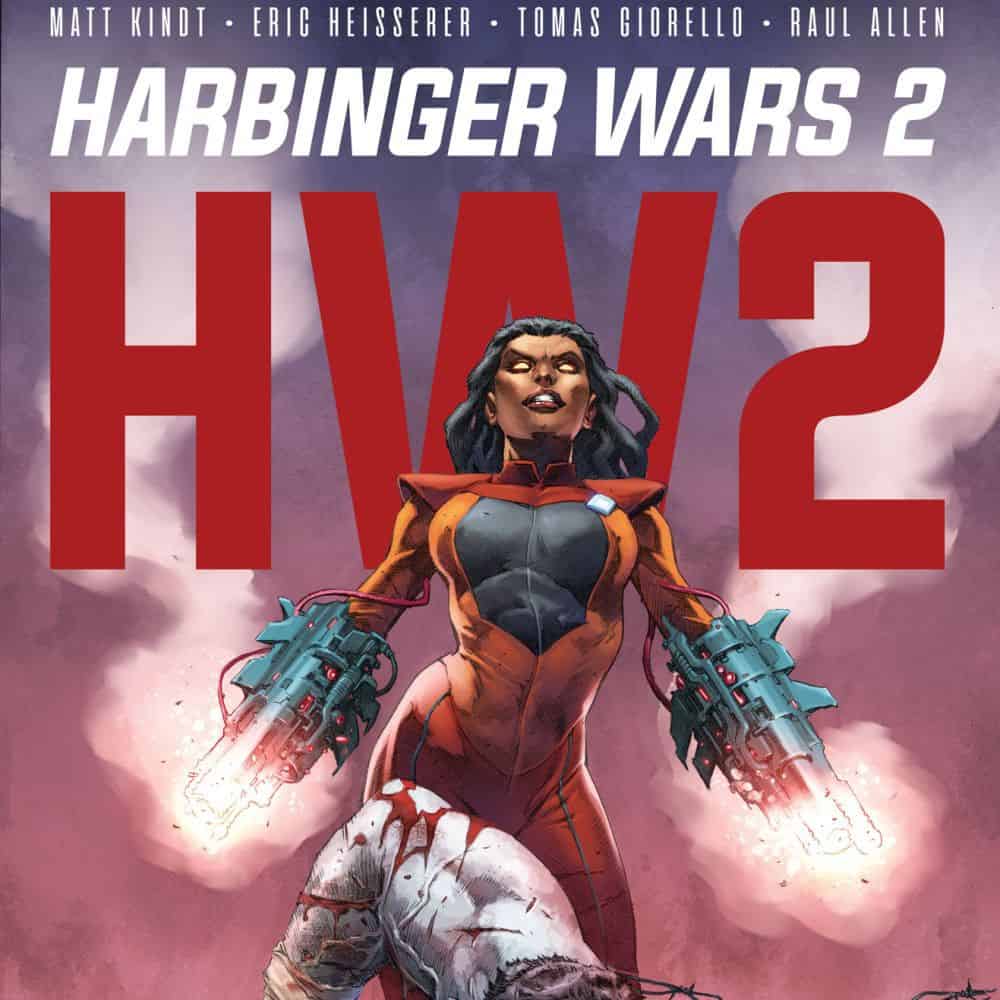 Stay tuned for more massive developments related to HARBINGER WARS 2 in the weeks to come!