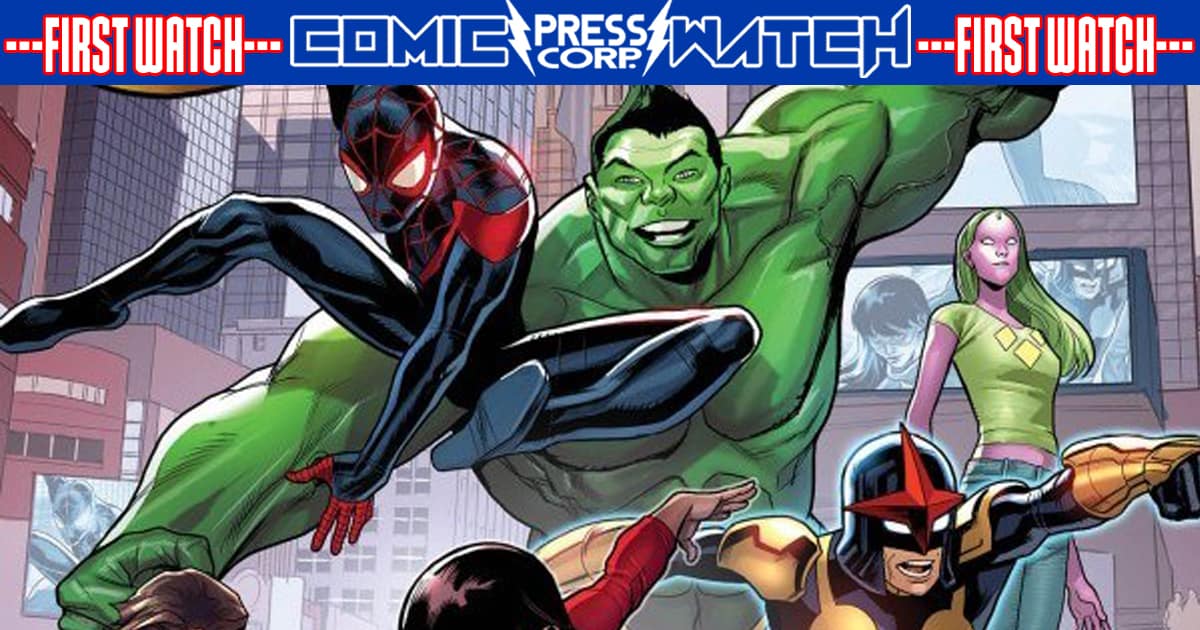 Writer/creator Jim Zub (Avengers) and artist Sean Izaakse (Uncanny Avengers, Thunderbolts) take over the Champions in April with issue #19.  Zub and Izaakse will see the team welcome new members such as The Unstoppable Wasp and Ironheart, as well as taking on new challenges and dealing with the interpersonal super-teen drama elements of such classics as The New Mutants, New Warriors, and Generation X!

Marvel’s first big change is the new creative team of writer Jim Zub and Izaakse, who take over Champions with April’s issue #19.  With characters such as Ms. Marvel aka Kamala Khan, Viv Vision, the Totally Awesome Hulk aka Amadeus Cho, Nova aka Sam Alexander, Spider-Man aka Miles Morales, and the time-traveling teen incarnation of Cyclops, these young heroes seek to change the face of superheroes in the Marvel Universe.  They did so by forming the Champions, a team dedicated to not just fighting super criminals, but making the world a better place. 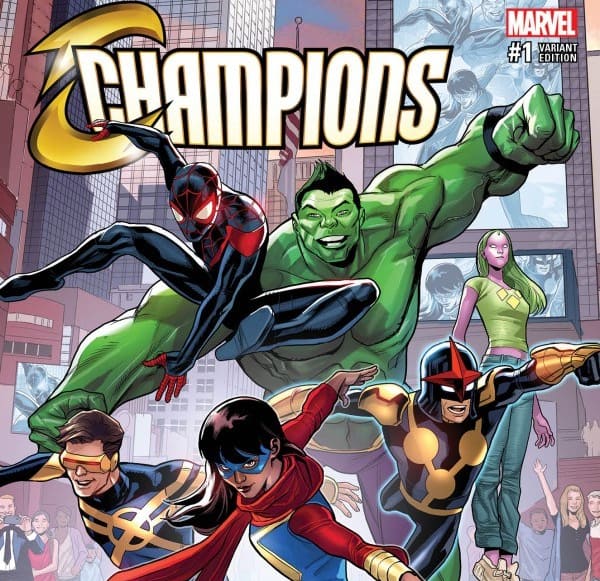 Its classic teen superhero adventure with a contemporary feel says Zub!  Of course, part of changing how things work is adapting to the developments that come your way, and this spring the Champions will be dealing with several big shifts to their status quo with the additions of The Unstoppable Wasp aka Nadia Pym, and Ironheart aka Riri Williams! 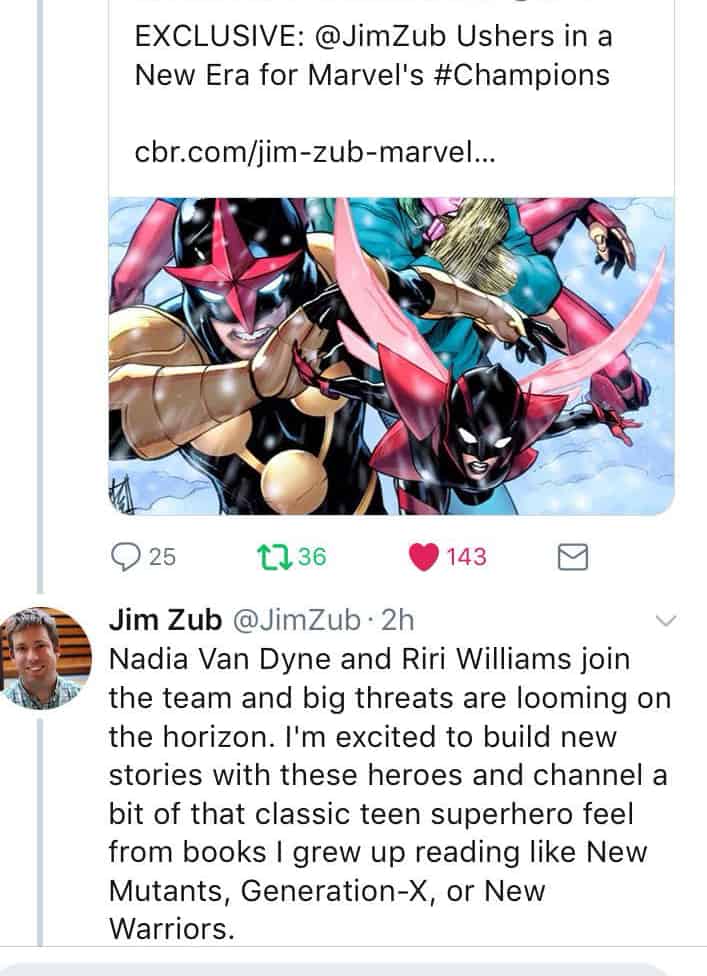 Jim Zub said “Sean’s work has that perfect balance of youthful energy and classic comic storytelling chops I want to see on this series.  He’s a rock-solid collaborator, always bringing his A-game to the page.   Humberto Ramos did a wonderful job setting the look of Champions up until this point, but we’re going to try and visually hit a different mark with issue #19 and make it our own.” 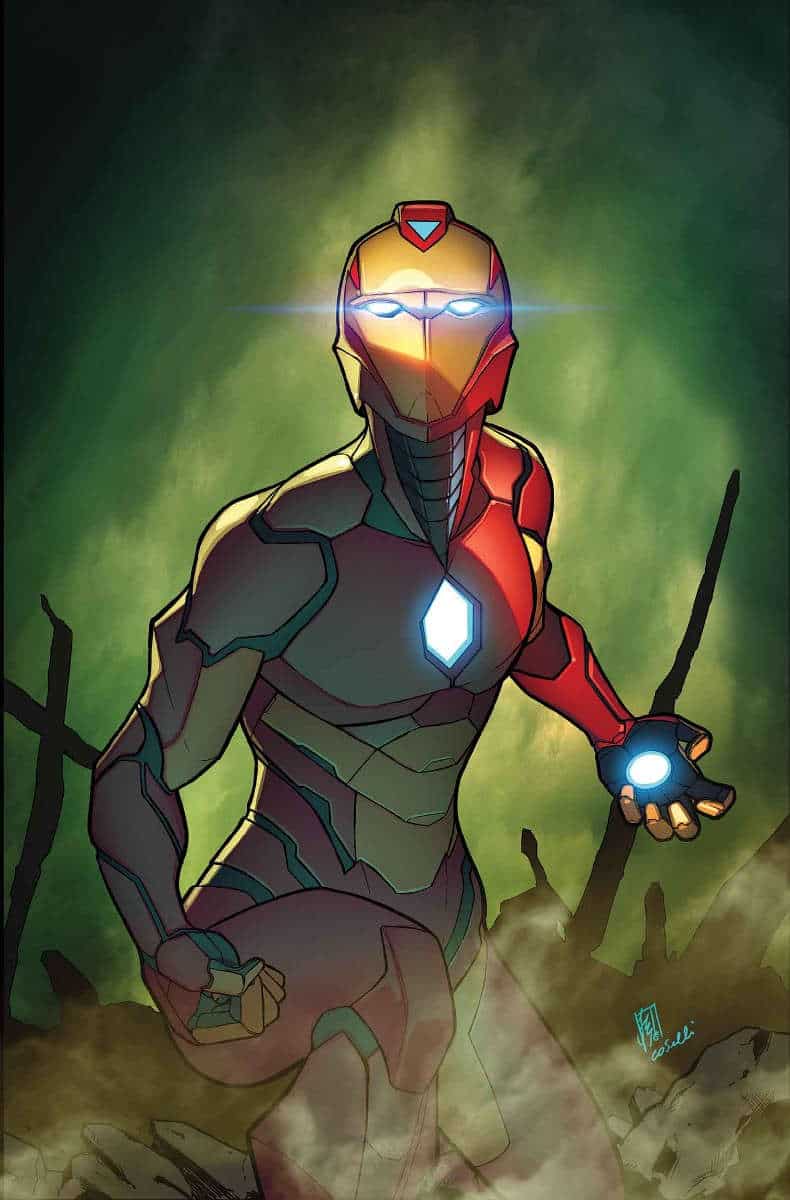 Zub invites all those who haven’t followed the champions up until this point to pick up issue #19 in April as he promises not to disappoint!