FIRST WATCH: Dark Horse Explores the Future of Superheroes in “The Quantum Age”

Dark Horse Comics’ new series “The Quantum Age” led by the creative talents of Jeff Lemire and Wilfredo Torres is set to be the latest installment in the Black Hammer Universe! 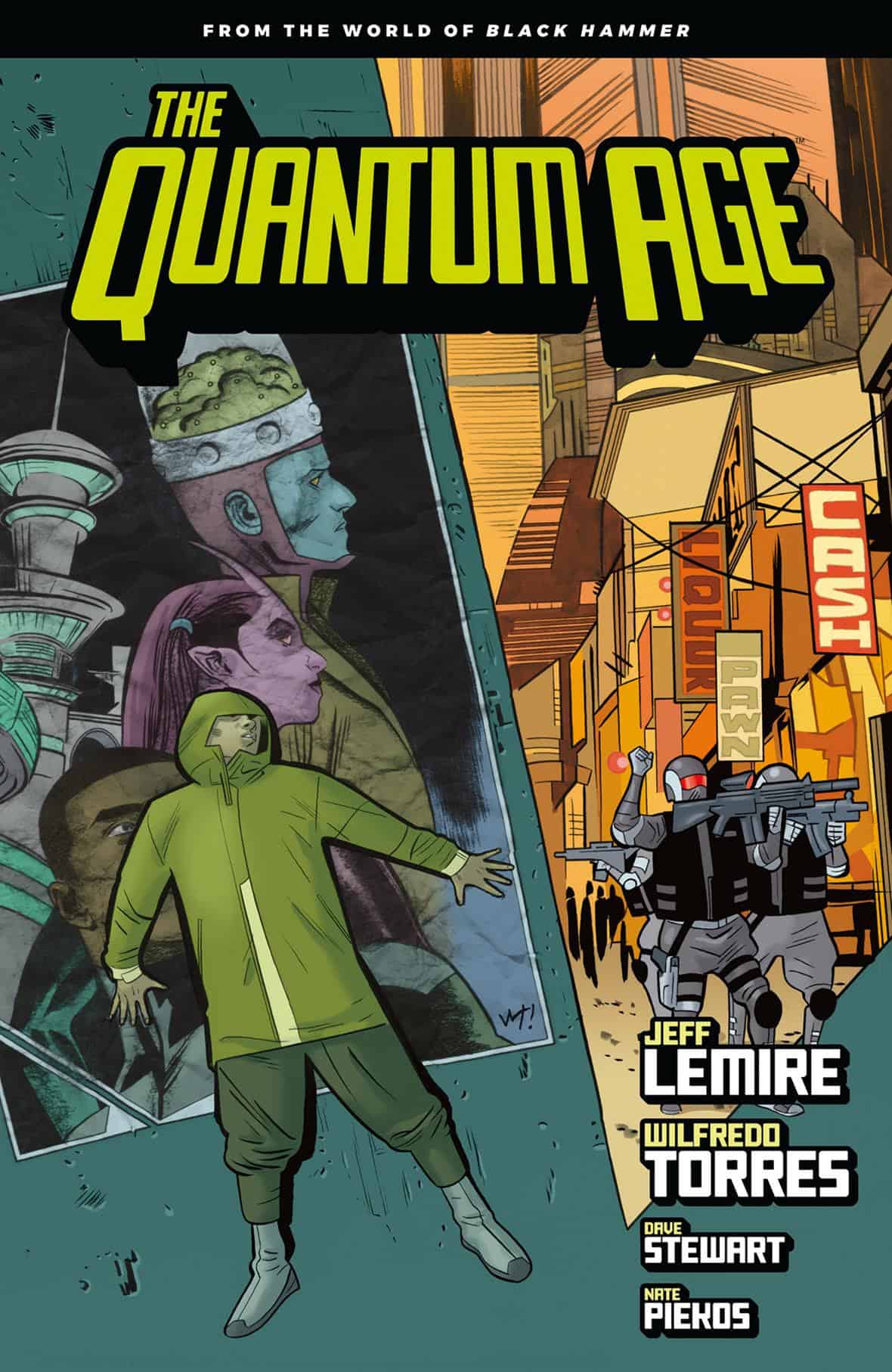 The Quantum Age: From the World of Black Hammer follows Sherlock Frankenstein and The Legion of Evil along with Doctor Star and the Kingdom of Lost Tomorrows in this new six-issue series featuring an all-star creative team including Jeff Lemire, Wilfredo Torres, Dave Stewart and Nate Piekos.

In the world of the Eisner Award-winning Black Hammer series—but a thousand years in the future—a collection of superheroes, inspired by the legendary heroes of Black Hammer Farm, must band together to save the planet from an authoritarian regime. The Quantum Age follows a young Martian as he works to reform The Quantum League to save the world, while also solving the riddle of what happened to the great heroes of the twentieth century.

Black Hammer fans can sneak a peek of The Quantum Age heroes in Dark Horse’s 2018 Free Comic Book Day Gold Offering months before the new series is set to launch!

The Quantum Age: From the World of Black Hammer #1 is set to release on July 4th, 2018 and is available for pre-order at your local comic shop! Don’t forget to look for Black Hammer: Age of Doom #1 at comic shops on April 18th, 2018 either!

Praise for the Black Hammer Universe…

“Masterfully plays with all the many tropes and genres of superhero fiction over the past few decades.”—Entertainment Weekly

“A real treat for Black Hammer fans, one that builds a fully realized world in a way that the main series has merely hinted at.”—Multiversity Comics

“Black Hammer is one of the most refreshing corners of the comic book industry. These spin-off series have proved to be completely necessary in building this world into something bigger.”—Monkeys Fighting Robots