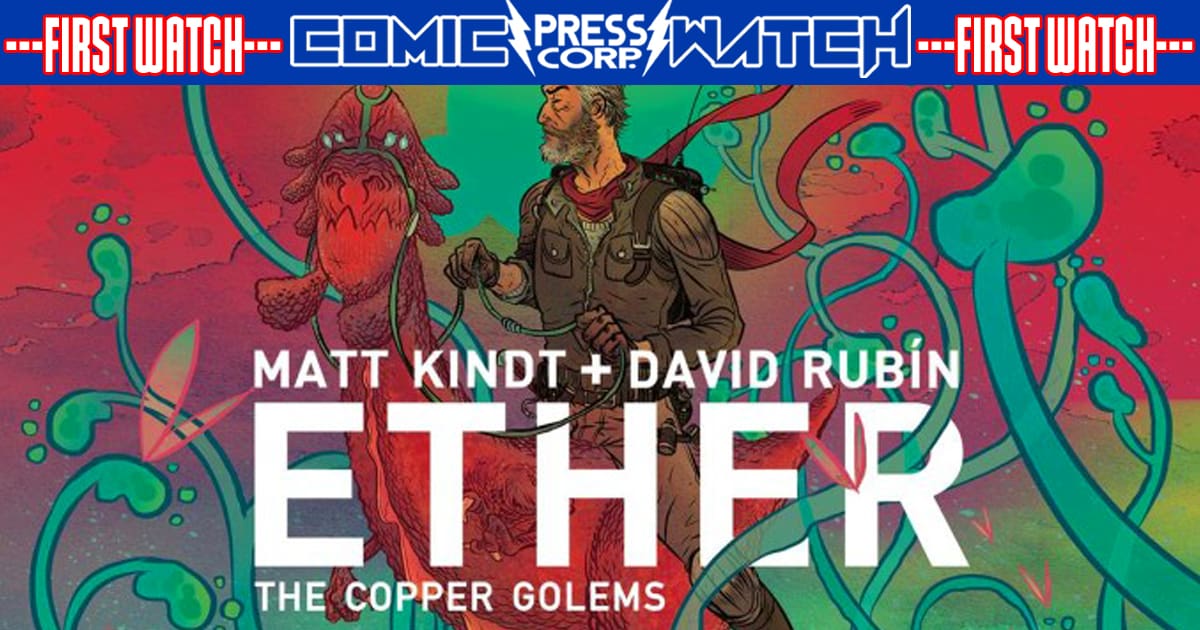 Ether: The Copper Golems is a fantasy adventure about a science-minded hero intent on keeping the balance between Earth and the magical world of Ether.

From Dark Horse Comics and creators Matt Kindt and David Rubin alongside artist Paul Pope comes a sequel to the 2016 hit series Ether! 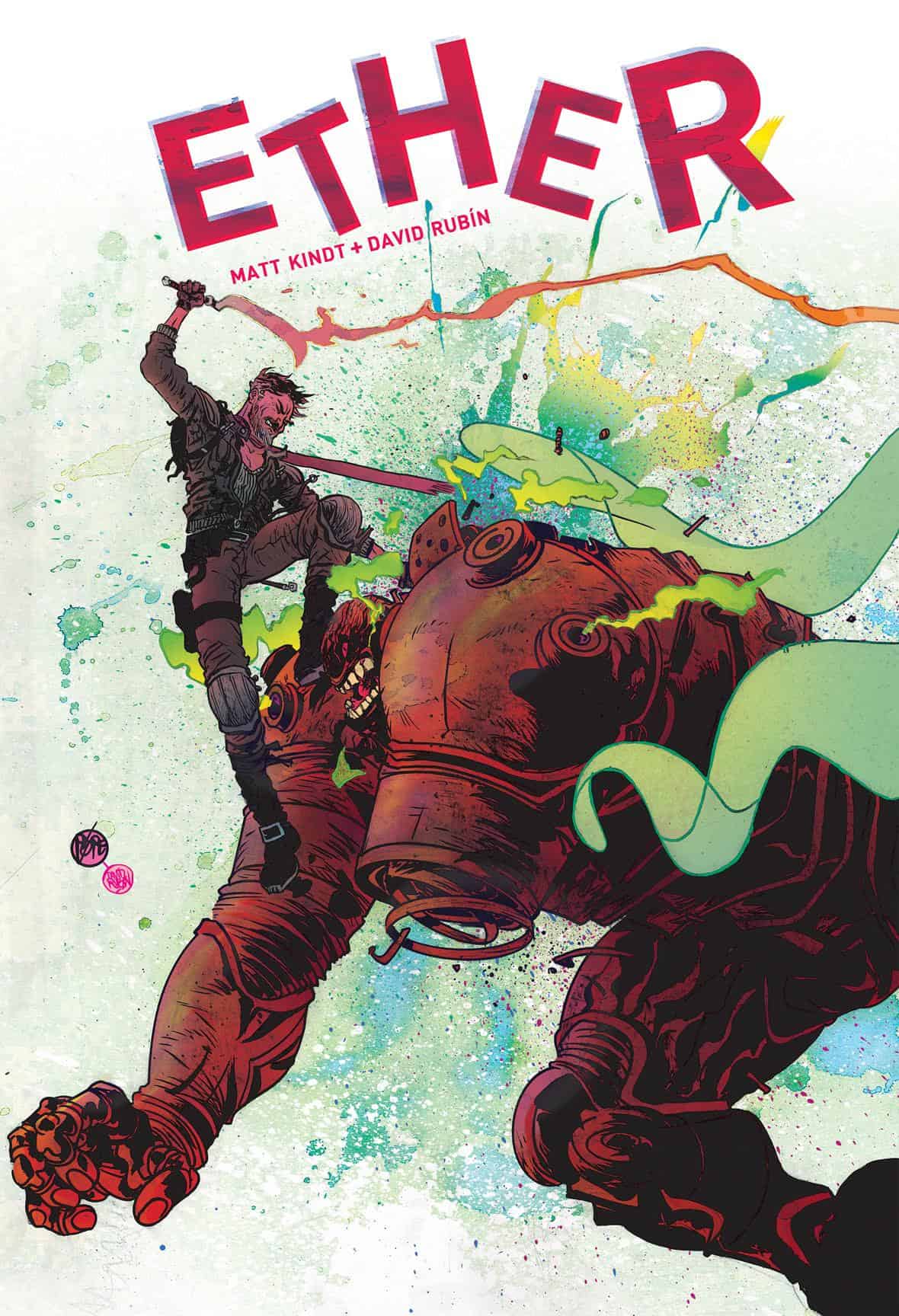 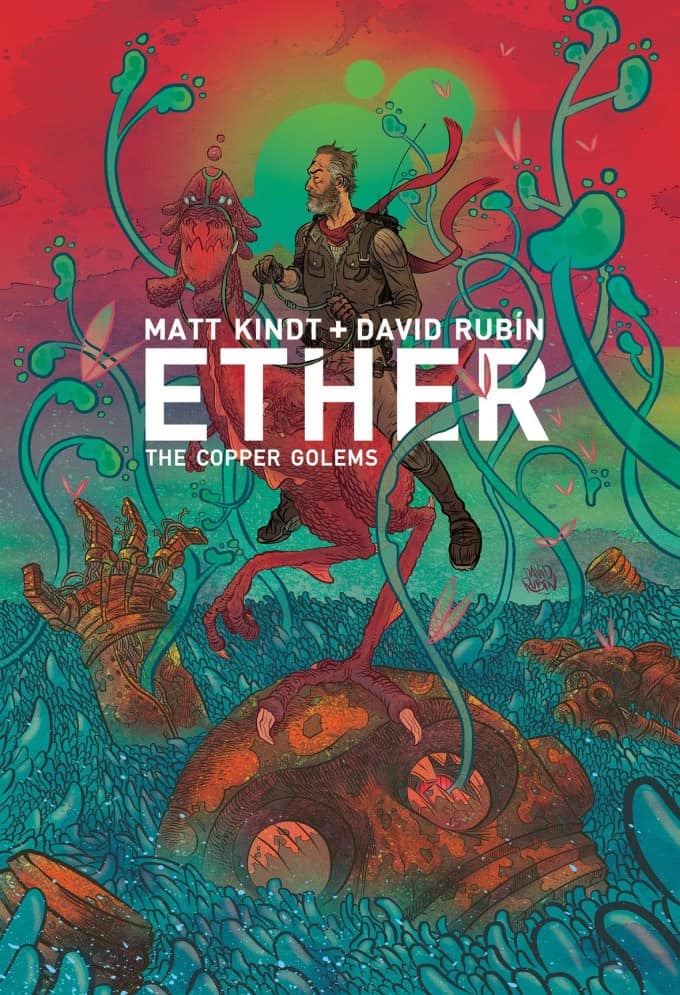 Ether: The Copper Golems finds Boone Dias, our science-minded adventurer, trying to seal the portal breaches that have opened between Earth and the Ether that have unleashed devastating magical fury on Earth. In order to put an end to this chaos, Boone recruits a powerful team of mystical beings including a grumpy, spell-writing fairy; a bickering, lavender gorilla; and a bull-headed, motorcycling spell-hacker. These heroes set off on a journey taking the reader through the centers of volcanoes, deserts full of living mummies and sphinxes, and a bizarre fairy forest in an effort to save both worlds from complete destruction!

The first issue of this highly anticipated sequel is set to release on May 16th, 2018, and is available for pre-order at your local comic shop!

“Intriguing. [Rubín’s] … wildly imaginative and colorful designs make the world of the Ether spring to life like nothing else you’ll see on this year.”—Blastr

“Kindt has long proven himself to be one of the most inventive and cerebral comic makers alive today.”—IGN

“When you inadvertently become an inter-dimensional adventurer, you have to hope that the science behind your loopy situation is on your side. But what happens when you land in a reality where magic trumps science? Well, in Matt Kindt and David Rubín’s Ether, the answer is simple: you solve some goddamn magic crimes.”—io9