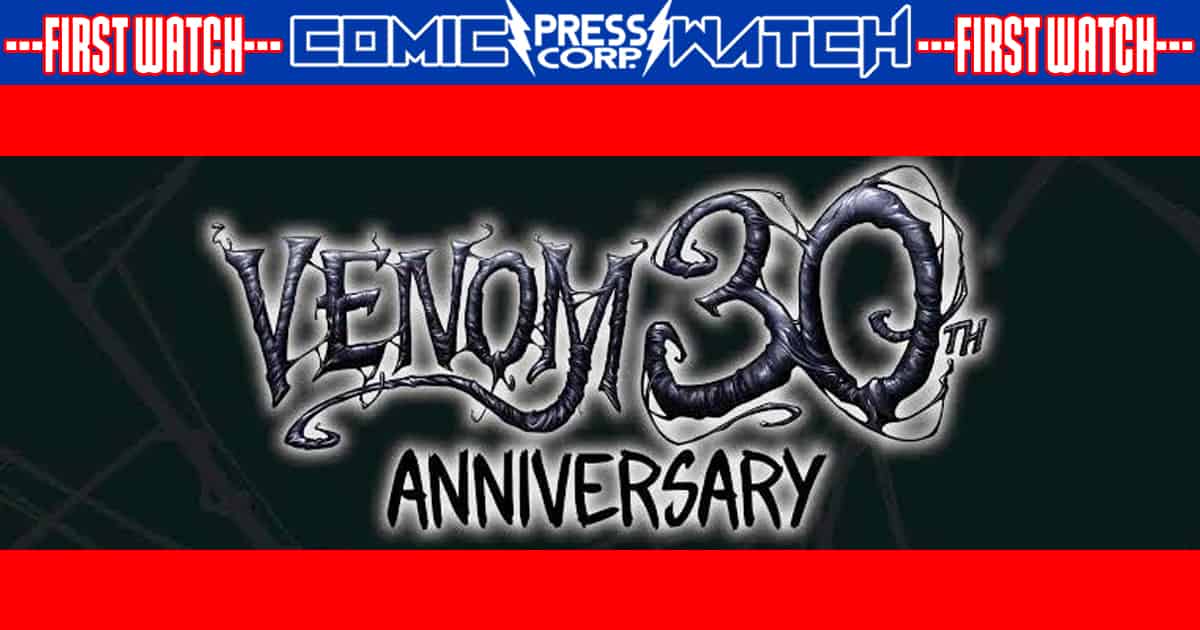 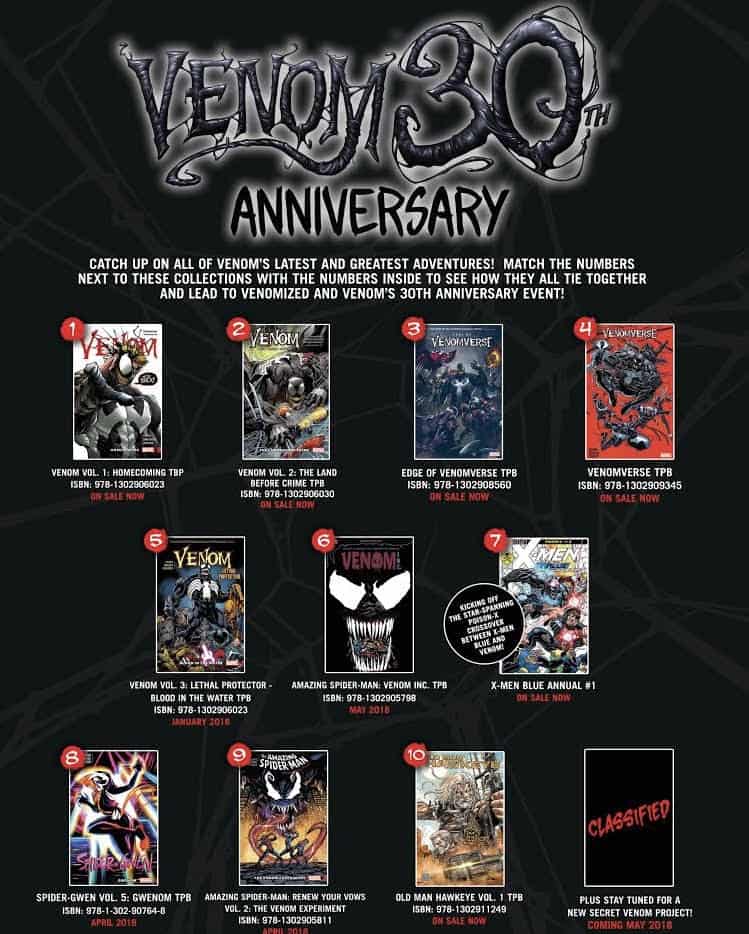 Venom has been sweeping across the Marvel Universe, and this May, Marvel will mark the occasion of  our favorite symbiote’s Epic 30th Anniversary!  Since Venom’s explosive 150th issue, featuring the return of Eddie Brock, the Marvel Universe has been building to a celebration of all things Venom, including all-new adventures for the symbiote!

Marvel has built a map, to help readers sort out where the Venom trail started and where Eddie Brock’s story is headed!  Marvel is excited to reveal its Web of Venom map: a 20 x 13 laminated poster featuring a dynamic new image by artist, Clayton Crain, and specifically designed to show how the seeds for this milestone 30th anniversary party have been planted across the Marvel Universe over the past year in epic stories such as, Edge of Venomverse, Venomverse, Venom Inc, the upcoming Poison X and more! 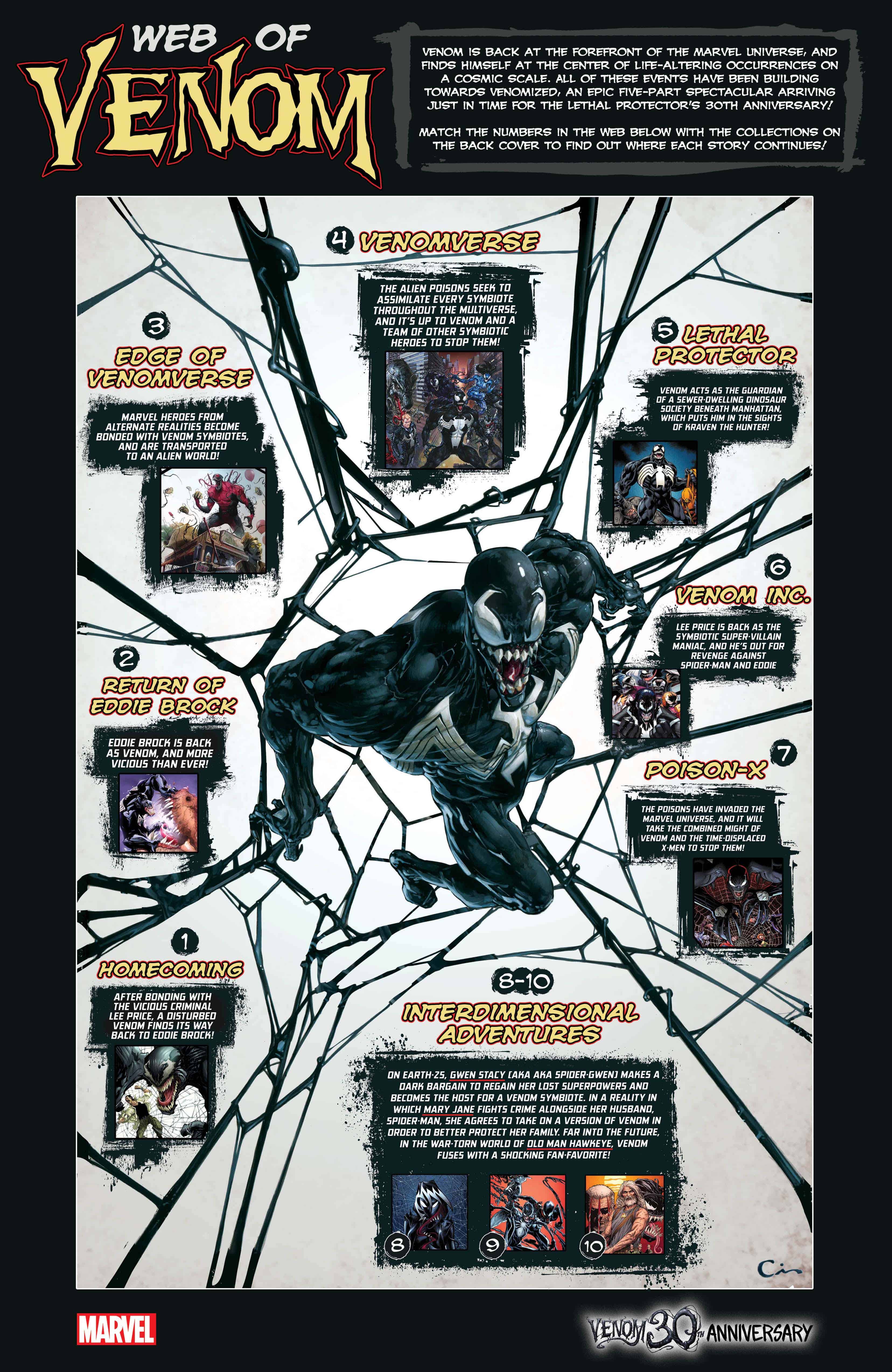 Prepare for a big Venom-inspired year, as this is just the beginning of surprises and announcements that fans can look forward to as part of Venom’s 30th anniversary celebration – and you won’t want to miss what’s coming!

Look for Marvel’s Web of Venom map, swinging into your local LCS on January 31st!