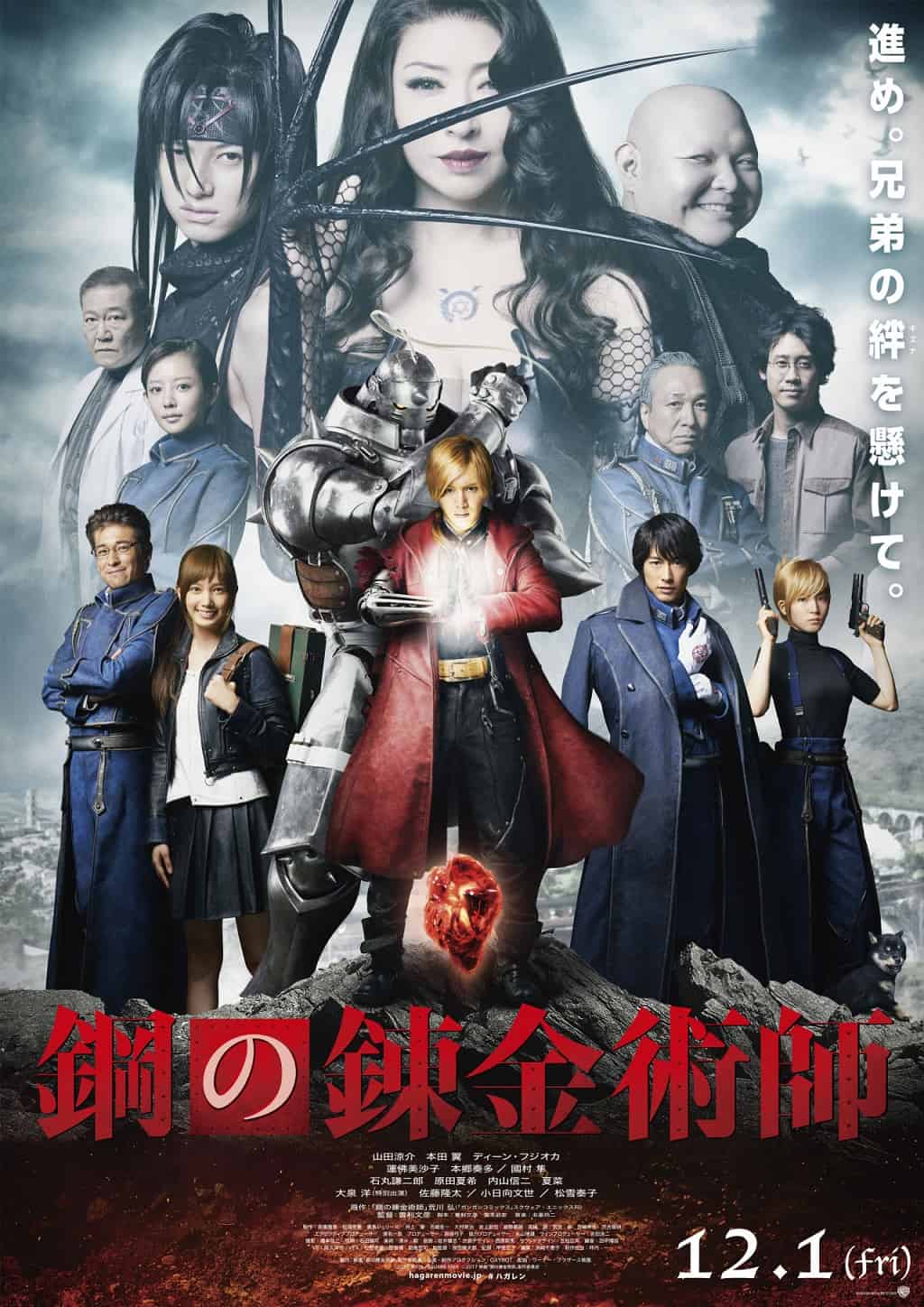 On October 25th the live-action adaptation of Fullmetal Alchemist debuted at the Tokyo International Film Festival. The world premiere release of the anime phenomenon will hit 400 theaters in Japan beginning on December 1st, 2017 and will have subsequent releases in 190 countries including the United States and European showings marking the movie as the widest opening for a Japanese film of all time.

The trailer features main characters including an aged Edward Elric played by Ry?suke Yamada, depicted at 20 years old as opposed to the 15-year-old in the anime and manga series and a CG rendering of his brother Alphonse, voiced by Atomu Mizuishi. The films cast will also feature:

Fullmetal Alchemist (Japanese: ?????? Hepburn: Hagane no Renkinjutsushi, lit. “Alchemist of Steel”) is a Japanese sh?nen manga series written and illustrated by Hiromu Arakawa. The story follows brothers Edward and Alphonse Elric, orphaned after their mother has passed and their father has seemingly abandoned them. After performing forbidden alchemy in a vain attempt to resurrect their beloved mother, the law of equivalent exchange takes Edwards left leg and Alphonse’s body. Edward sacrifices his left arm in order to save his brother’s soul where it is bound in a suit of metal armor. The tale follows the two siblings as they seek to restore Alphonse by obtaining the mythical Philosopher’s Stones. These same stones are sought after by other dangerous mortal enemies and the series antagonists.

The manga has sold over 67 million copies worldwide making it one of the best-selling manga series ever and has received numerous awards and has received rave reviews from critics. The popularity of the manga resulted in 6 light novel spin-offs, numerous video games, and 2 anime series with original 51 episode saga of “Fullmetal Alchemist” in 2003, and the 2009 release of “Fullmetal Alchemist: Brotherhood” which included the entire source material of all 27 volumes of the original manga, generating 64 episodes airing until 2011 and 4 full-length OVA .