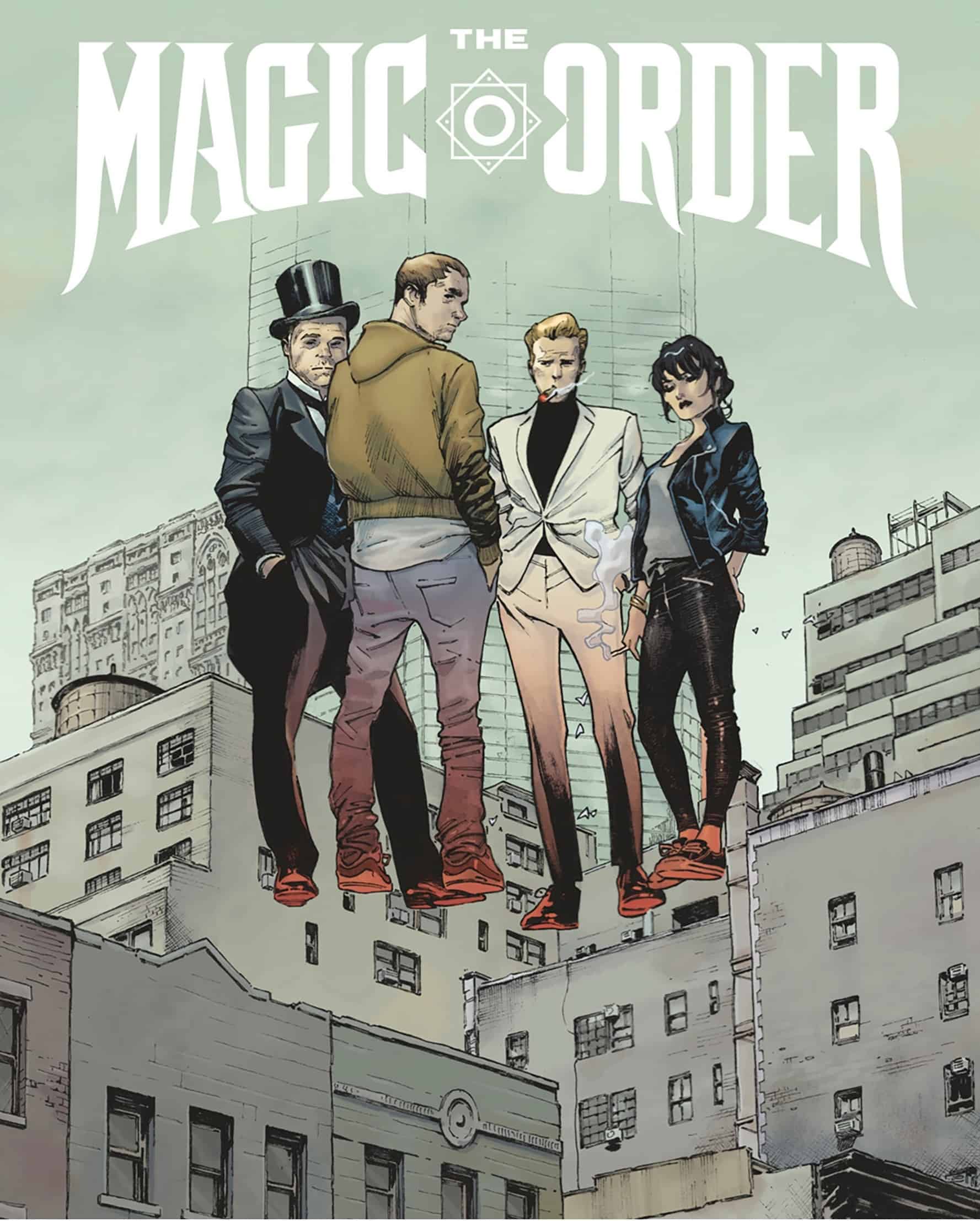 Yesterday Mark  Millar the talented scribe behind comics such as Kickass and Wanted officially posted an announcement and link to an exclusive report and interview with Entertainment Weekly offering insight into the very first project since selling Millarworld to Netflix back in August of this Year.

The project which is called The Magic Order and will run for six issues, sees Millar partner with fan favourite artist Olivier Coipel and will centre around five magic families, which have been entrusted with the protection of the rest of normal humanity while living amongst them, face a crisis when members of the various families start getting killed by an unknown enemy. According to the report, the story will feature Millar’s signature combination of multiple genres, in this case, fantasy and gangster thrillers.

In the interview, Millar goes on to explain that the concept is to ground extraordinary events or individual stories in a recognizable world that the audience can relate to referencing both Stan Lee and Richard Donner as two of the inspirations for him to tell stories like this. He further goes on to describe the project as an  R-rated adult fantasy where the magical families hold down day jobs like you or me while quietly maintaining magical order in a world outside the view of normal humanity.

On the subject of his partnering with Olivier Coipel Millar quite wryly admits it’s taken more than 10 years to get his hands on comic’s current “It Boy” artist for a collaboration with it being  exceptionally difficult as Coipel is in such demand but to quote him from the interview:

“But Netflix is very persuasive. This is where everyone wants to be right now, and he’s as excited as I am about drawing this. ”

This seems to be proof that Netflix is very committed to putting out high-quality comic content with a very clear eye on the expansion on to other media platforms such as film and  television should the product be well received and Millar admits this in the interview stressing that as being a part of Netflix now  he has to be conscious of the overall big picture and see these comic books as future tv shows or movies at all times.

This should be very easy for Millar, a comic writer since 19, with his cinematic way of writing comics, can only the compliment and make future project transitions easy for Netflix to bring to television and movie viewers if and when they choose to do so.