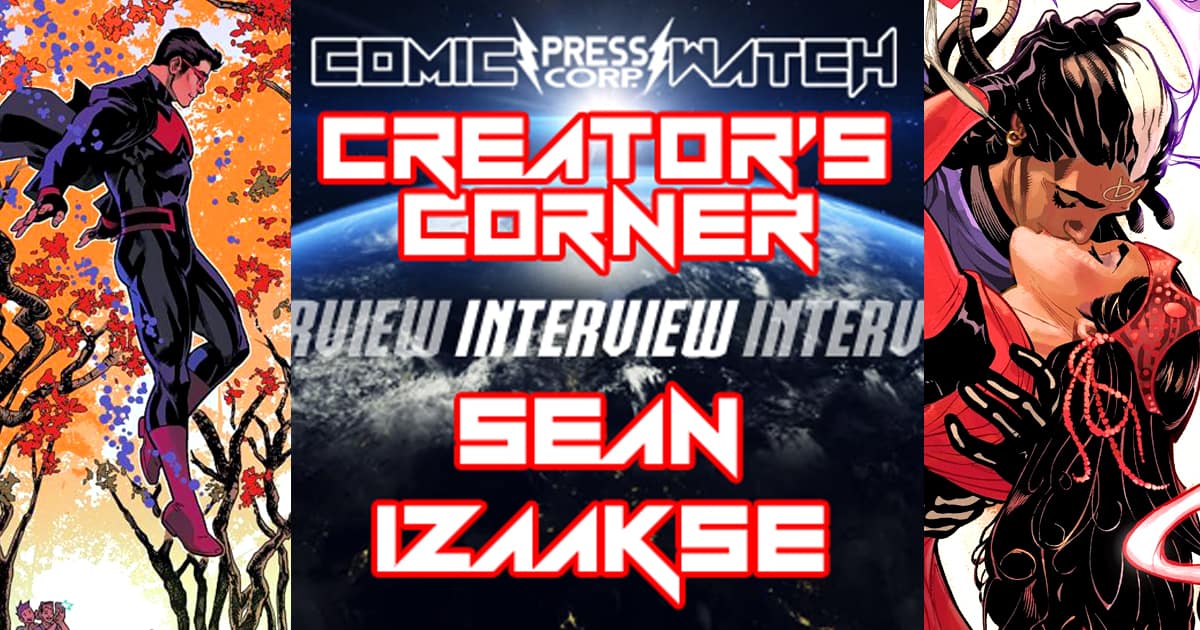 Late last year we had the pleasure of having a Q&A with my fellow South African (can’t lie I puff up a little every time I get to say that) and comic artist drawing for Marvel Sean Izaakse who has just finished a really great run on Uncanny Avengers.

CW: “What was your most recent project?”

Izaakse: “I just recently finished up issue 30 of Uncanny Avengers. I’m really proud of how this issue came out. It’s a very character driven issue with lots of great moments for the main cast of the series as it wraps up the current arc.” 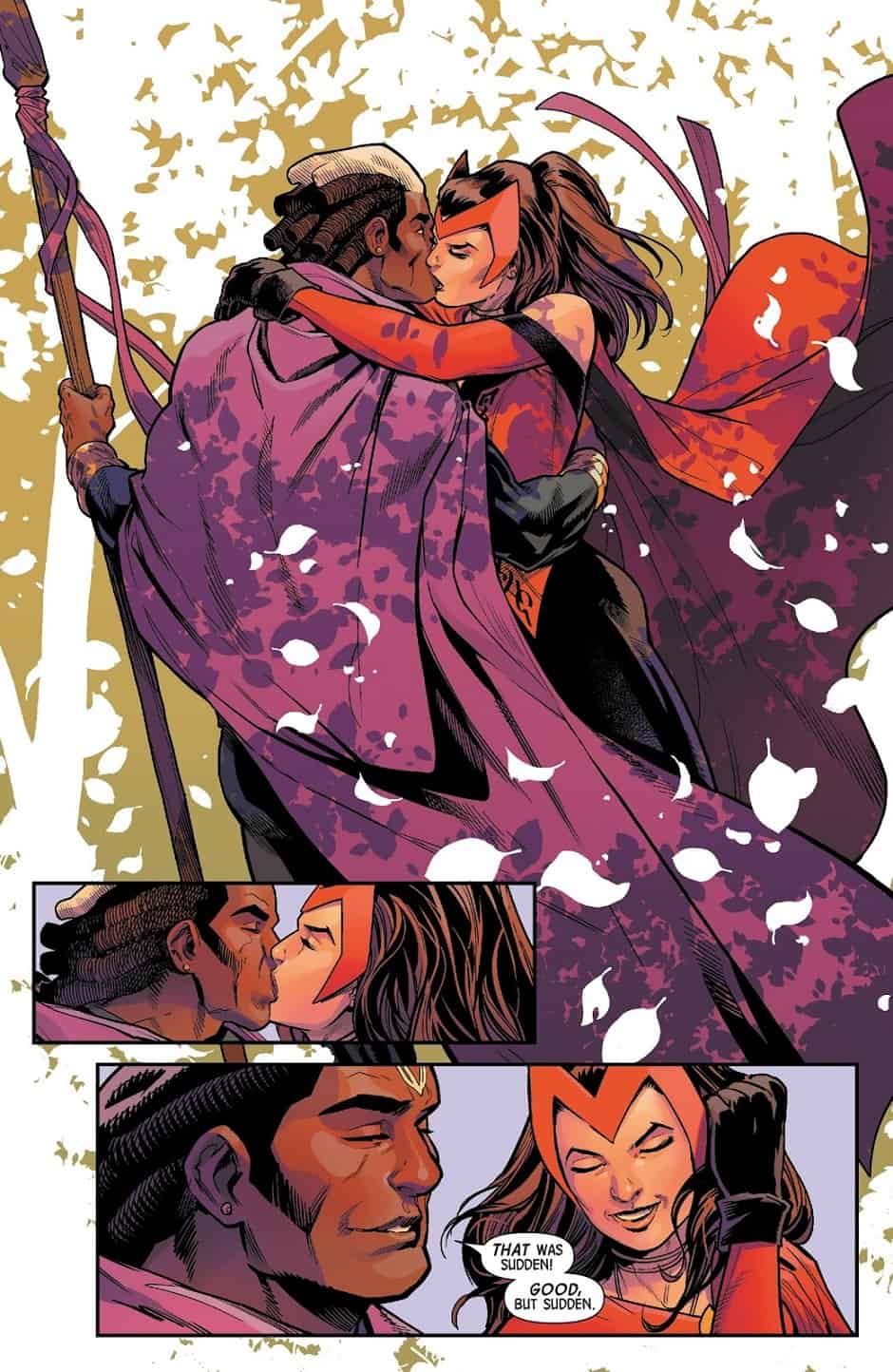 CW: “Who are your current influencers?”

Izaakse: “Oh man I have so many. Stuart Immonen, Alan Davis, Kevin Maguire, Oliver Coipel, Arthur Adams, Chris Samnee… to name a few. I like to adapt my style and try new things depending on what I’m drawing. So I have a lot of artists that influence me in various ways which all depends on what I’m trying to achieve on whatever I’m drawing.”

Izaakse: “Pretty much whatever’s in the house. At the moment lots of dark mint chocolate.”

CW: “What comics did you read growing up?”

Izaakse: “Whatever I could get my hands on. I used to have to walk to different corner shops when I was younger and get whatever they had on their shelves. My favorites were the Teen Titans (New and Tales of), New Warriors, Uncanny X-Men, X-men, X-Factor, Excalibur, Amazing Spider-Man, Robin, Flash, Batman, Action Comics, Superman, Justice League and Avengers.”

Izaakse: “At the moment, 80’s compilations. Otherwise the Lord of the Rings Soundtrack.”

Izaakse: “The Invincible comic book series is one of my all-time best series. That and BPRD. Joss Whedon’s run on Astonishing X-men, the Court of Owls arc in Batman, Mark Waid’s run on Daredevil and Warren Ellis’ Moon Knight was awesome. Also Geoff Johns’ run on Green Lantern and then later Hawkman was great. And Ultimate Spider-Man by Brian Bendis is just so much fun and my favorite Spidey.” 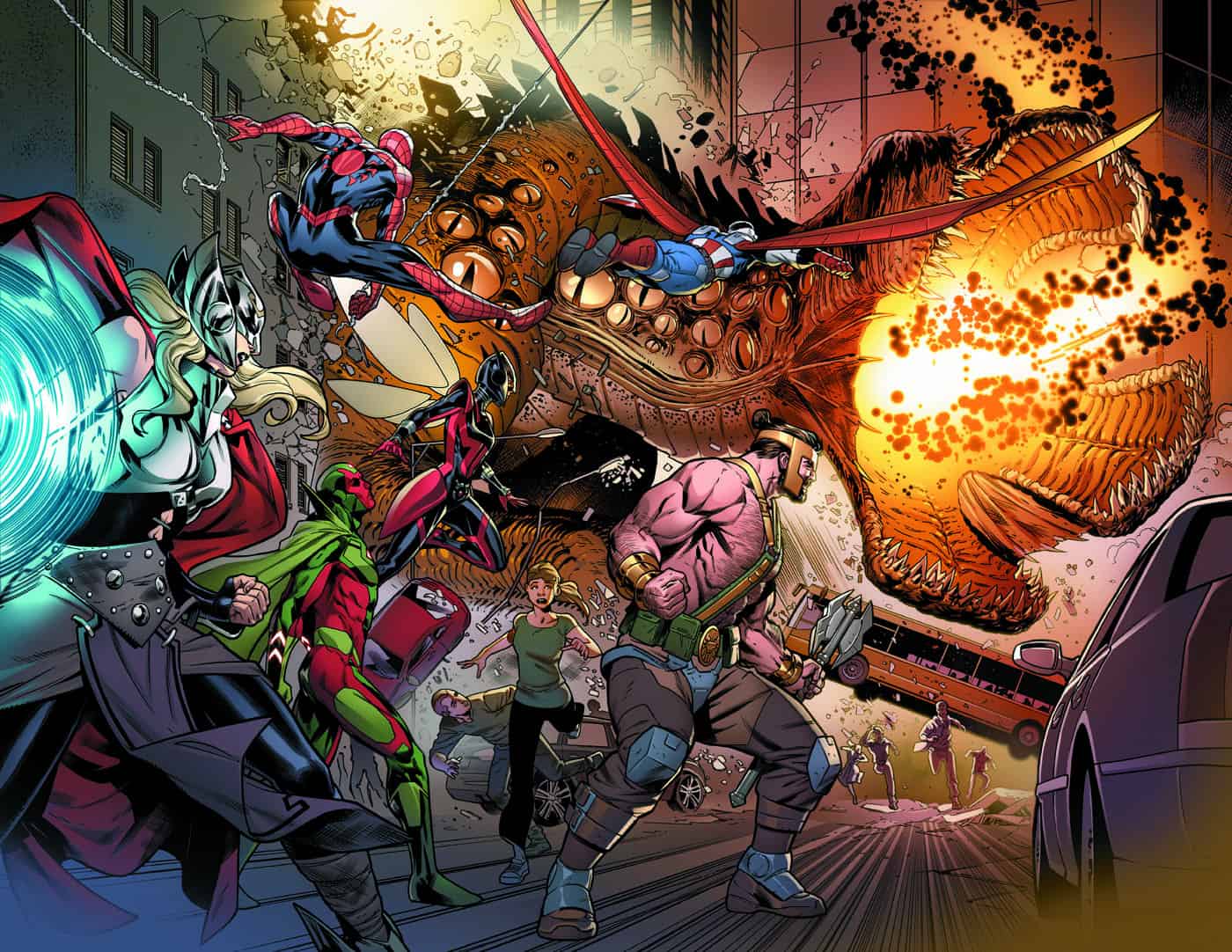 CW: “What got you into comic art?”

Izaakse: “I just was always drawing as a kid. My mom has art of mine including Spider-man, Batman, and Superman that I drew when I was 3 and 5 years old. My parents introduced me to comics pretty early and I think that just fueled the drawing bug I had really.”

CW: “What was your made it moment?”

Izaakse: “I think that would have to be when I was drawing the big double page spread in Avengers Monsters Unleashed where Spider-man and the Avengers were all charging down the street at a giant kaiju monster and I was like “I can’t believe I’m getting to draw this!”

CW: “What work are you most proud of?”

Izaakse: “At this moment, I think it’s the issue I just finished of Uncanny Avengers. Like I REALLY love how this issue came out. I was worried that I wouldn’t finish it in time and they’would have to get another artist to work on it. But it was such a moving and emotional issue that I really didn’t want to share it and wanted to make sure I got to draw the whole thing because there are so many great moments in it. Jim Zub really wrote it with a lot of heart. That said I’m also really proud of my creator-owned work – Stray, which I co-created with Vito Delsante. That character is something special, in essence, he’s an ode to everything we love about comics and grew up reading about and once people give that book a shot they see the love that’s poured into it.”

CW: “Who was your biggest influence artwise?”

Izaakse: “Alan Davis and Stuart Immonen are probably the biggest influence on how I draw. There are many others that also influenced me a lot over the years. But those two more than most.” 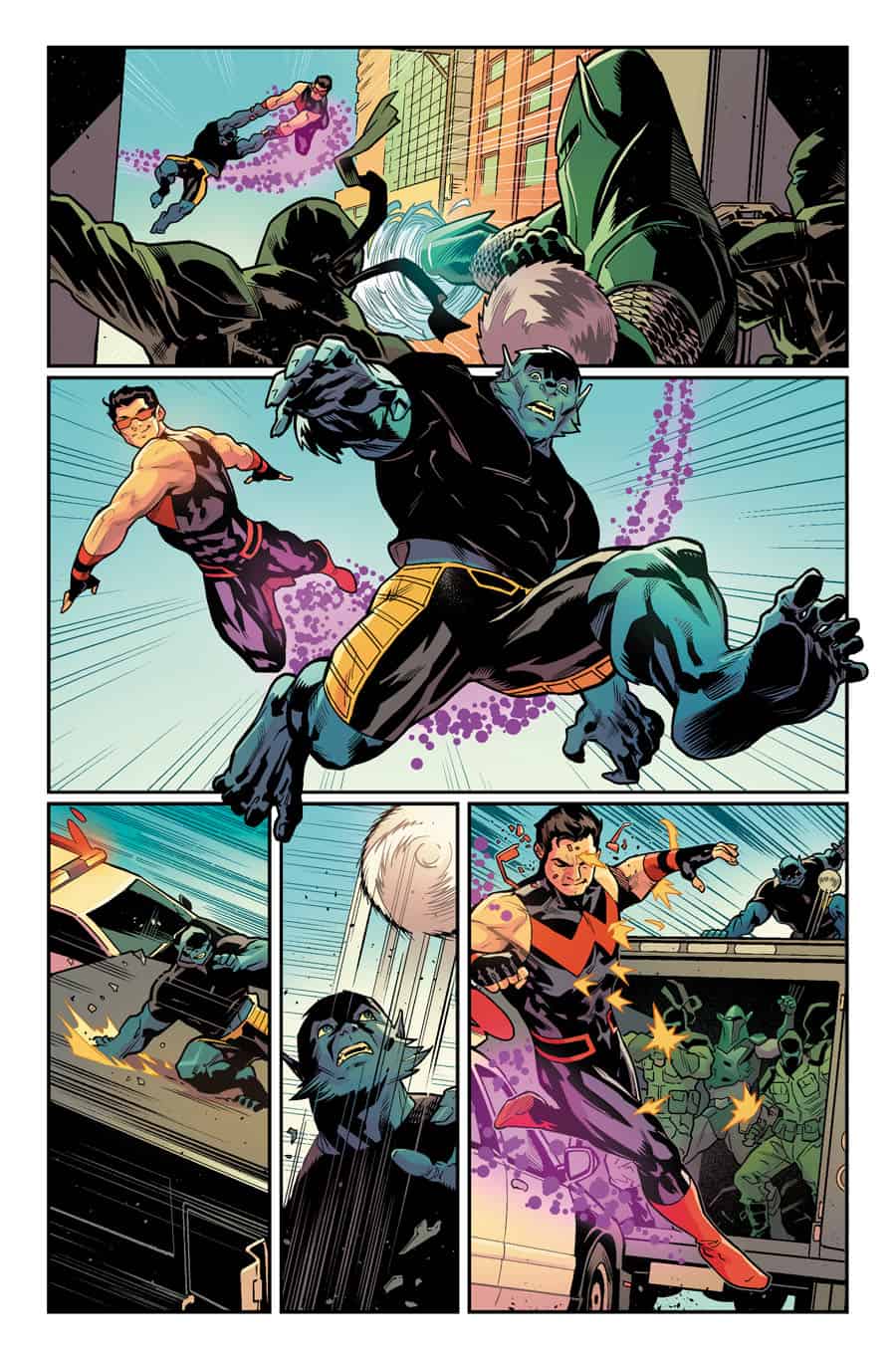 CW: “How did you break into the industry?”

Izaakse: “Wow, it’s a loooong story. So the short version is that I got laid off from my job in 2010 and it was pretty much the best thing to happen to me. It was a lot of hard work, time and sacrifice. And after submitting many samples, and getting super helpful critiques, and trying to be a better artist constantly, creating my own comics with other creators. Taking on whatever jobs I could, delivering good work on schedule and being (I like to think) easy to work with. It all kind of came to a head. People remembered me from years before and gave me a shot at the same time I was also just submitting work and learning all the time. Just trying to be better and tell great stories.”

Izaakse: “The Rock of course!”

Izaakse: “Wars over Trek but JJ Abrams Trek over Wars.”

CW: “Who was your hero crush growing up?”

Izaakse: “Hero crush. Hmm… because I’m a super nerd I’ll have to break it down to…”

Izaakse: “Comics: I would have to say it’s Donna Troy/Wonder Girl from Teen Titans and of course Rogue from the X-men. (I know, I know.).”

Izaakse: “Animated shows: Rock One from Bionic Six and Firestar from Spider-Man and his Amazing Friends.”

CW: “What project have you enjoyed the most?”

Izaakse: “I still love working on Stray and Uncanny Avengers has been awesome because it had so many of my favorite Marvel characters in it. Is it lame if I say that I’m always gonna be excited about what comes next?” 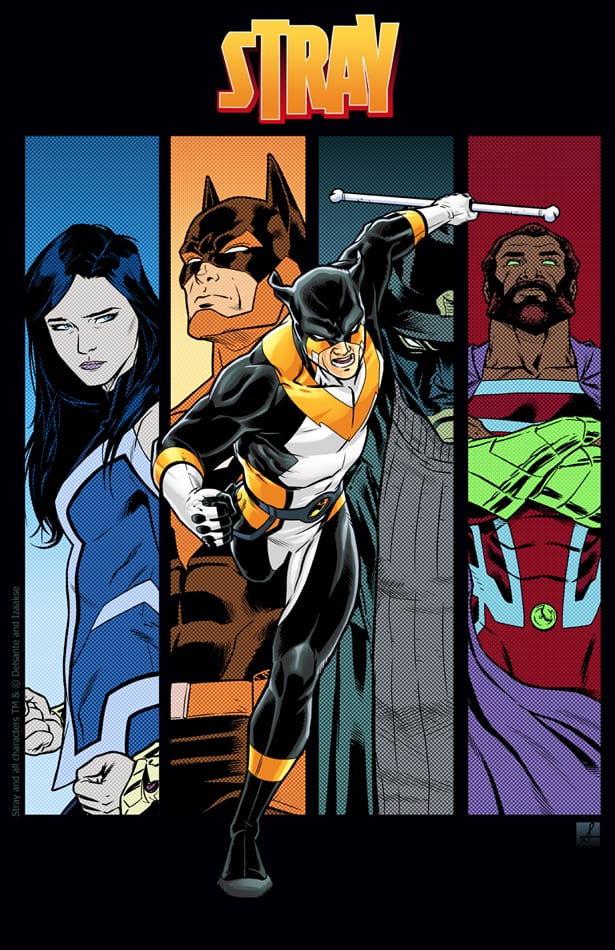 CW: “What would be your dream project?”

Izaakse: “I have a few creator-owned books I want to eventually get done and published, aside from that, I would love to have a long run on characters like Captain  America, Spider-Man, Cyclops, and more. So yeah,  no really one dream project, more like a bunch of them.”

CW: “Its just been announced that you and Jim Zub will be taking over Champions!! How do you feel about moving on from Uncanny Avengers to this new book and these new characters?”
Izaakse: “I’m super excited! I love the Avengers and it was really great to be able to tell such emotional stories with that incarnation of the Avengers. With the Champions, see I’ve grown up with the Teen Titans and the New Warriors. I loved those teen teams and they influenced me a lot as I saw myself in those characters. I have a soft spot for teen teams. I think Champions is that for a lot of people, hopefully also a lot of younger fans and if so then I’m hoping our run will resonate with them like the Warriors and Titans did with me.” 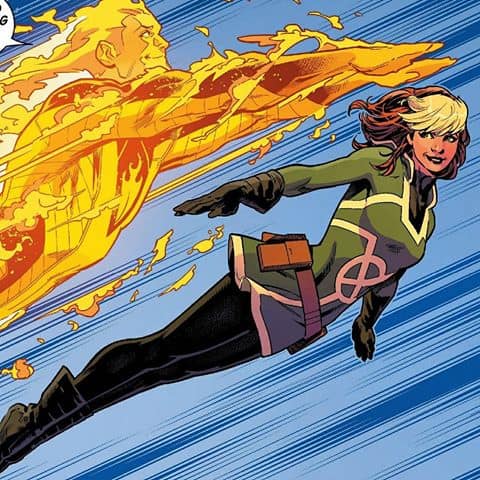