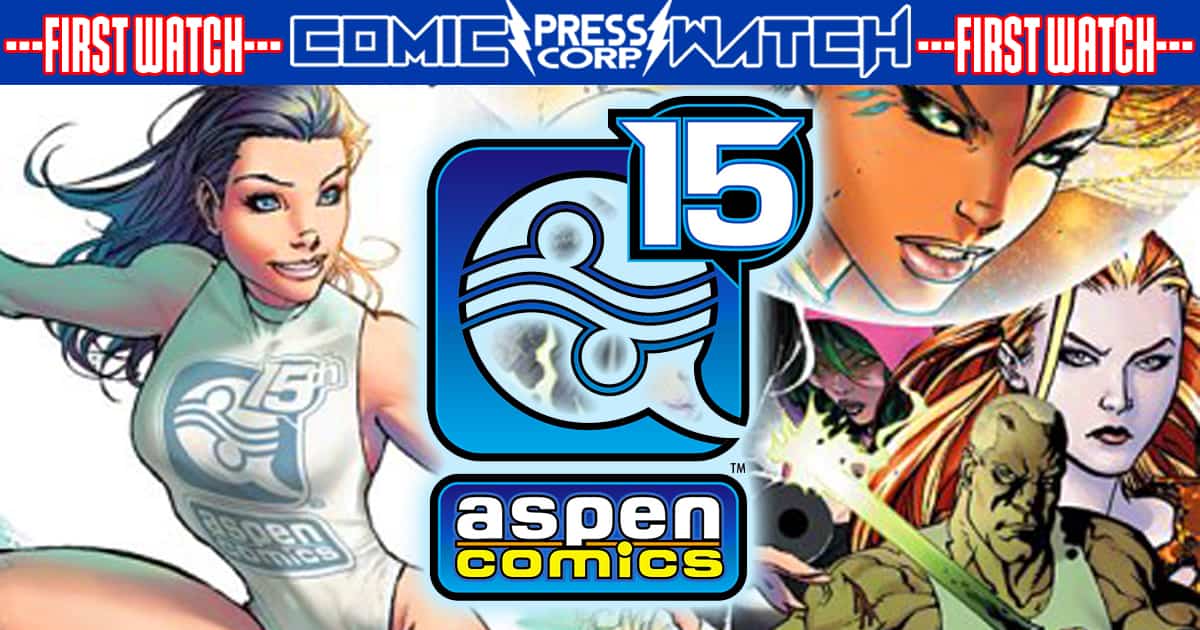 It’s been 15 years for Aspen in the comics industry and the company which was founded by the late great Michael Turner will be celebrating this in a big way over the next full year!

The year-long initiative will kick off with the Aspen Legacy, Past, Present and Future 15-Cent title which will showcase never seen before art, photographs and other material celebrating Aspen’s last 15 years in comics publication. over and above this it will be giving fans an exciting look ahead into several of its 2018 projects! 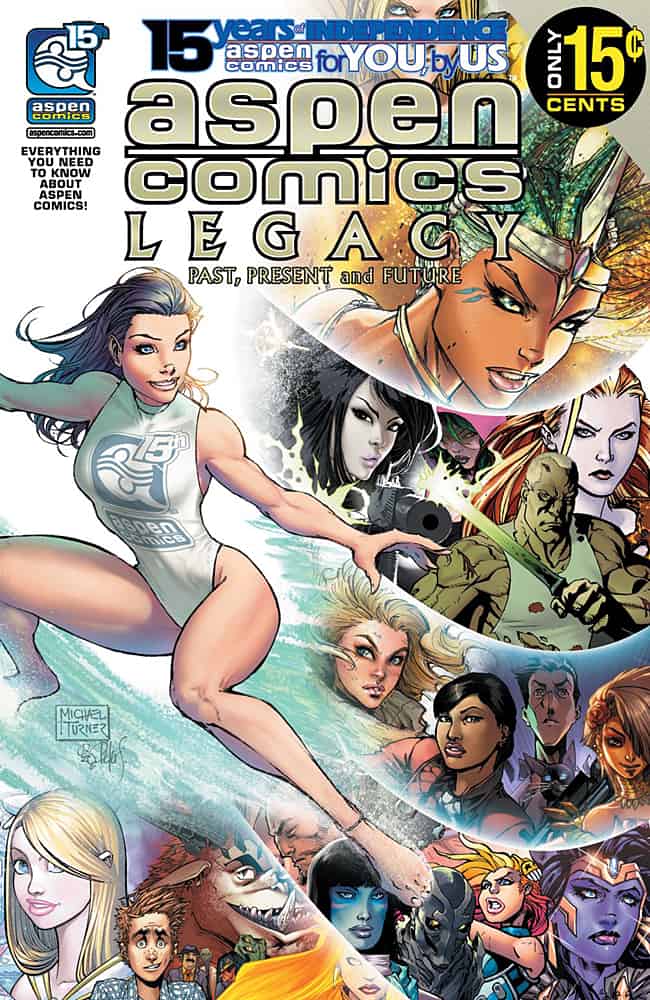 Over the course of the next year, the company will be offering a whole range of fifteen-year anniversary-related products that will be revealed month to month.Already revealed titles include 25-cent primer issues for returning Aspen series, Charismagic, Jirni and Shrugged. The Aspen Primer issues will serve as jumping-on points for new readers and also offer peeks at their upcoming respective volumes for returning fans. 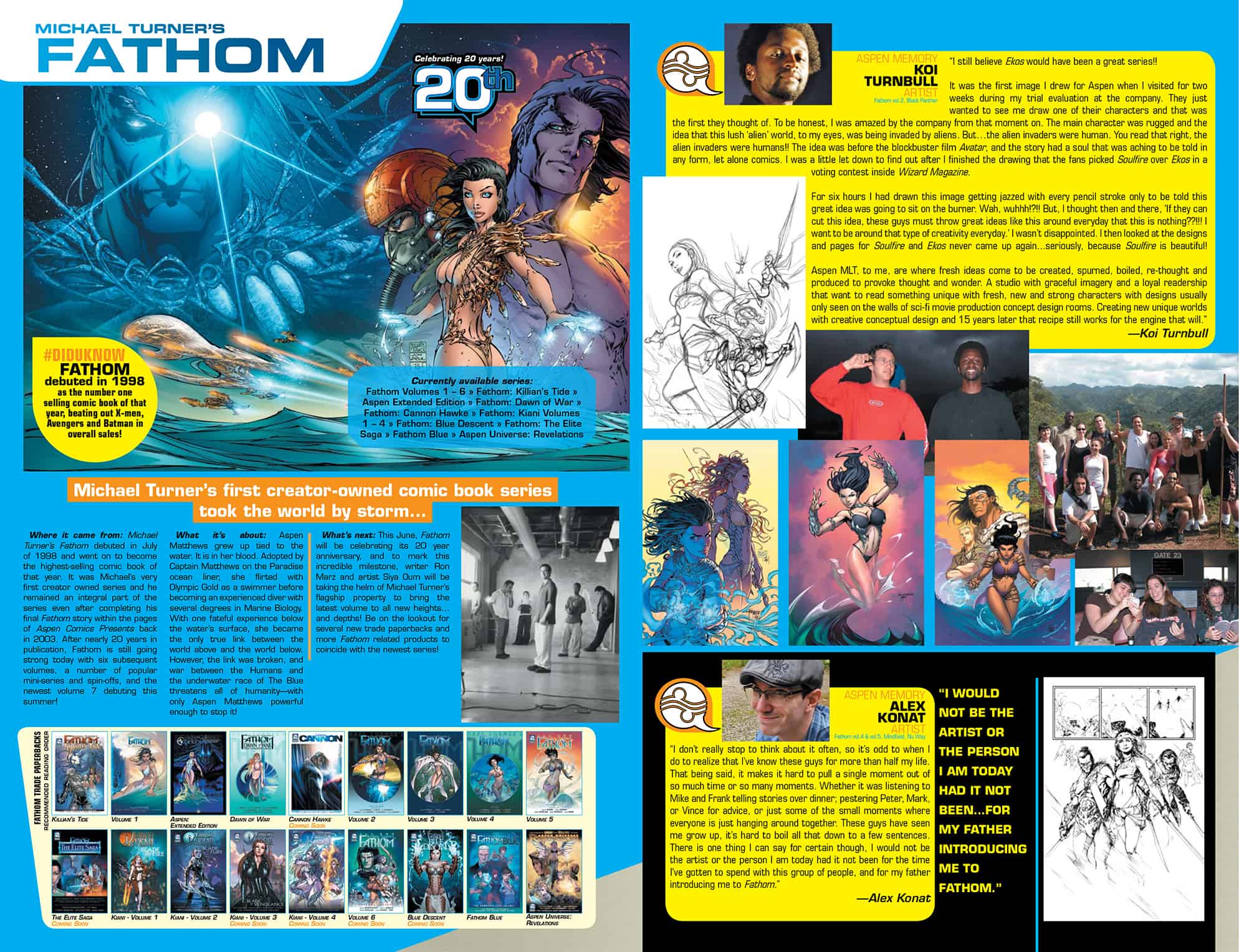 Aspen will be offering their supporting retail partners an Aspen Legacy promotional poster that fans can make inquiries to order if they want to. 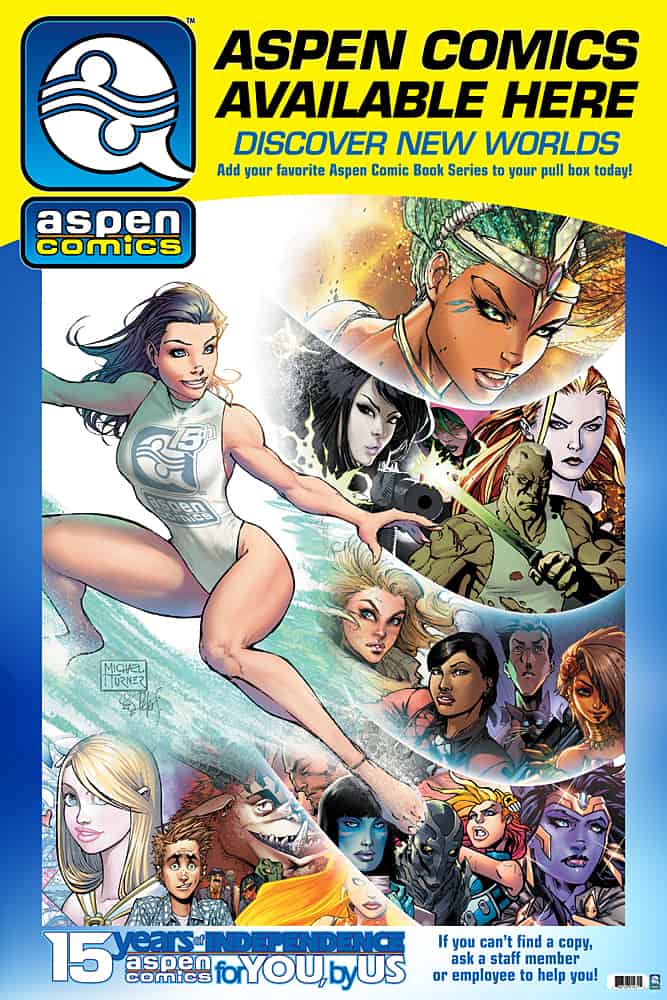 Don’t forget to check out the newly-completed Aspen Universe: Decimation mini-series as a lead-in to this year’s upcoming titles, including Portal Bound, Charismagic, Shrugged and Jirni. Aspen will soon be revealing their Aspen Wave 2 titles beginning in May 2018. 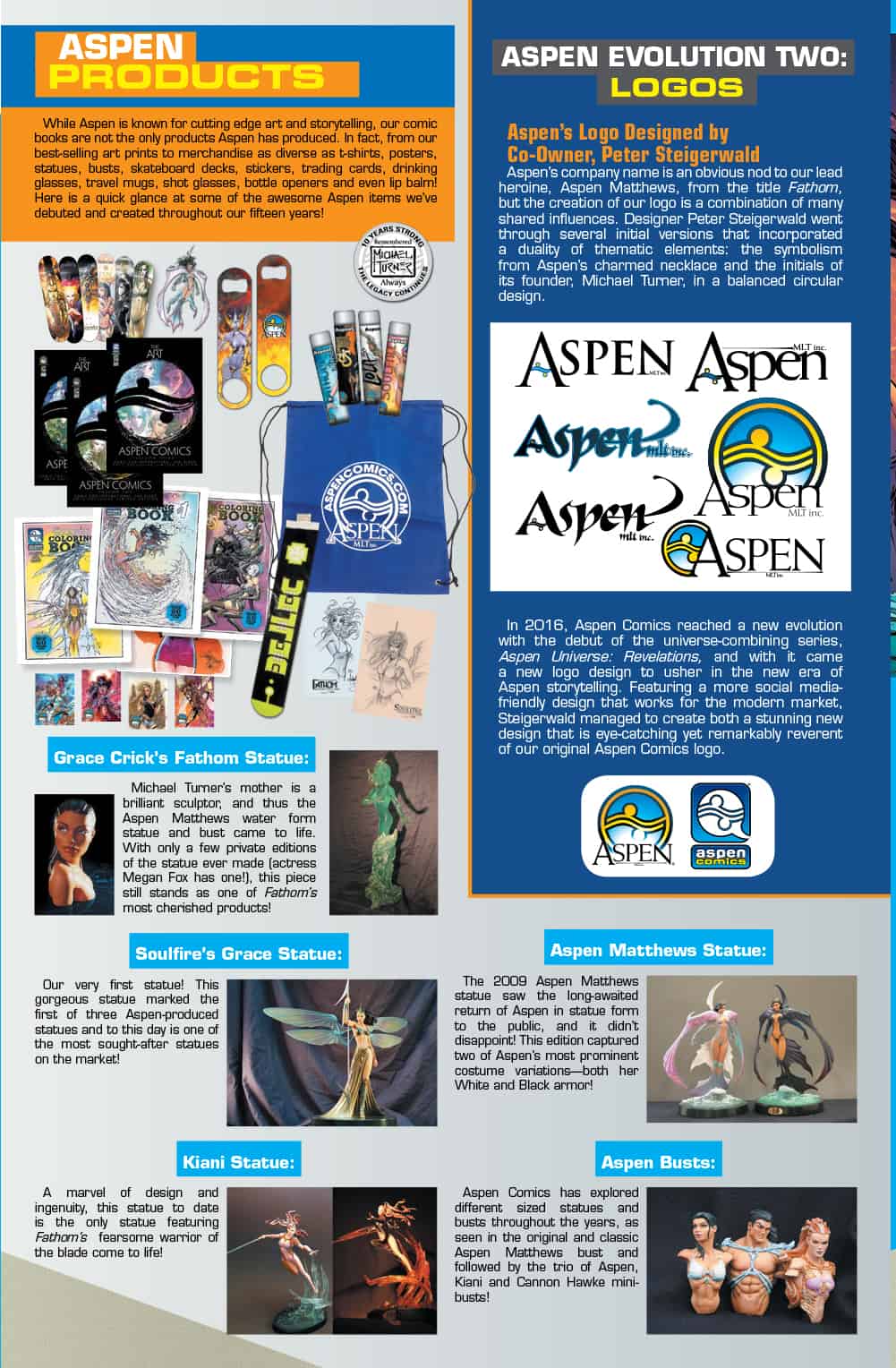