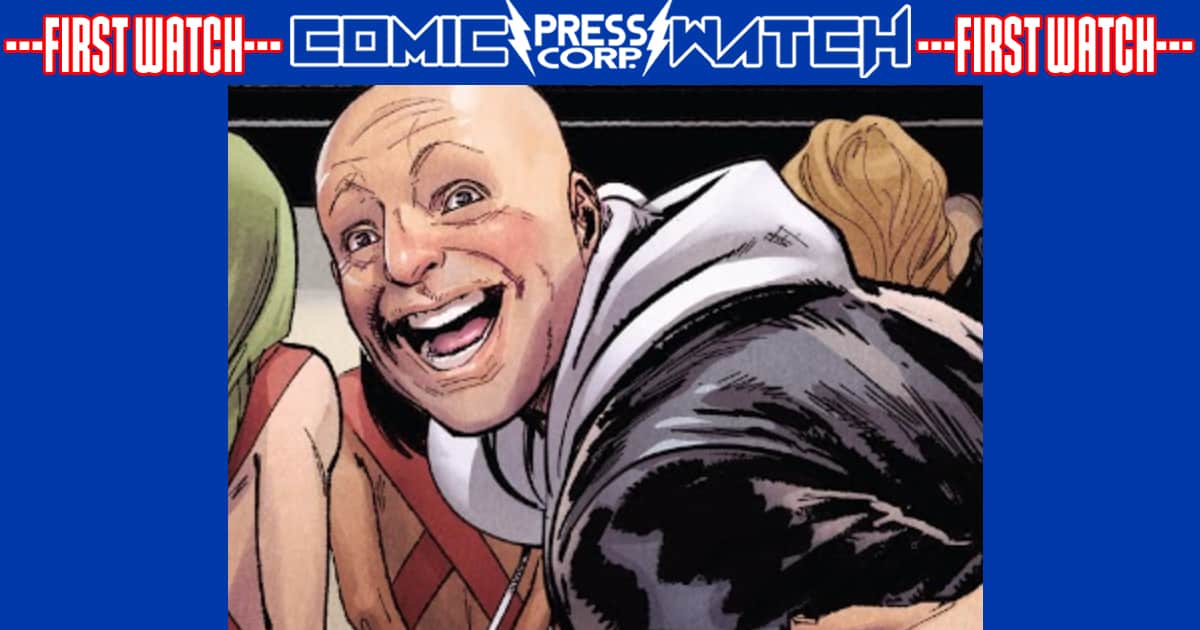 After close to two decades Brian Michael Bendis will be departing Marvel’s Midgard and heading off too spin tales in DC Comics Multiverse but before he does so he has decided to bid farewell in a fairly unique way through one of his favorite books. 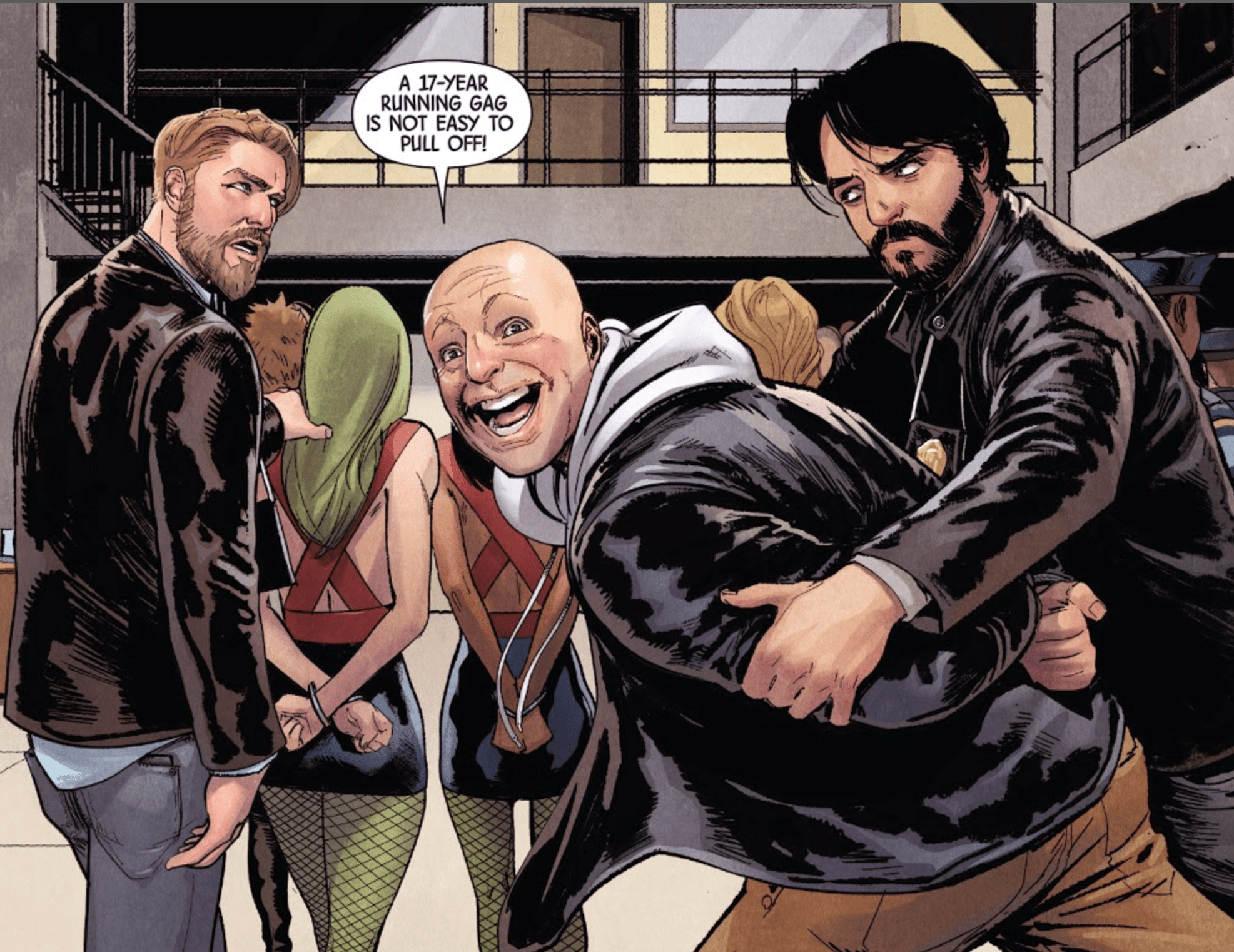 Defenders #9 will be the second last in the titles current run and Bendis along with his creative team on the book of artist David Marquez, and colorist Justin Ponsor put themselves on the page of the book itself to bid farewell to Marvel, the fans and the characters he had a direct hand in creating.

It is also very possibly the most appropriate send-off  Bendis could give himself as he has always used the gag of having the “crazies” in the police station be aware of their existence in the comic universe or have the character address the reader and has used it many times over the last several years.

This time is no exception as he makes the joke, yelling as his two creative team members haul him off  and then almost immediately has another character go off about “The Multiverse being in their head” (very clever Brian) and “no dead universes”

For me personally, it’s a fitting way for Brian Michael Bendis to see himself out the door after just under two decades at Marvel as he heads off to spin yarns about Superman and the other Dc comics Heroes.