FIRST WATCH: Aspen Brings You Everything From Assassins to Magic this May 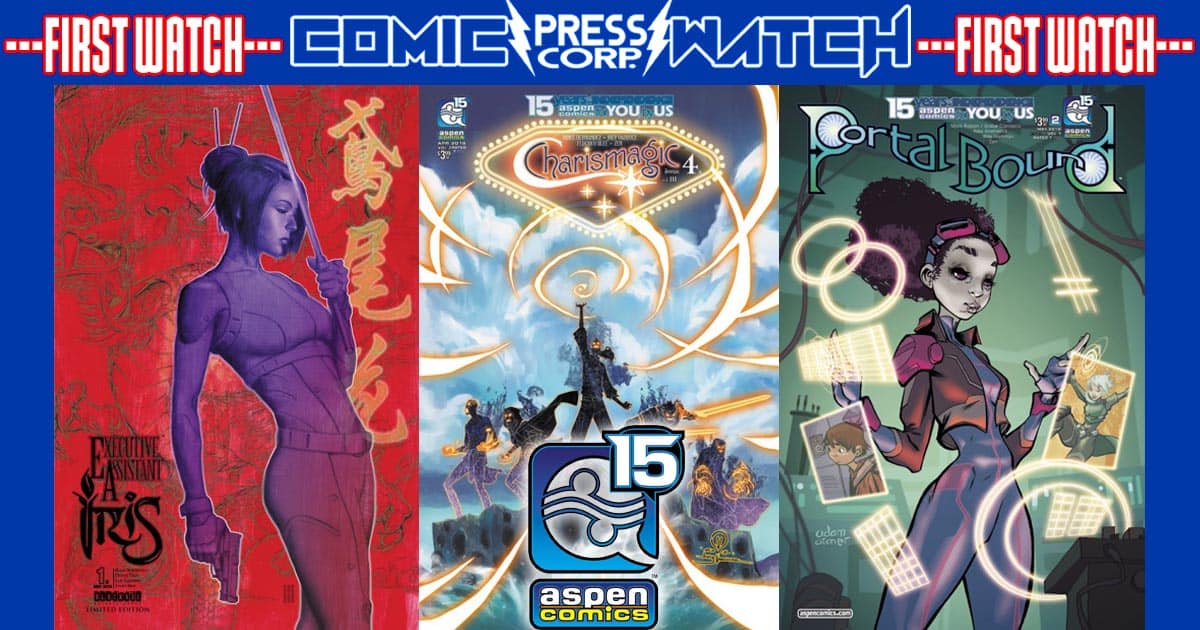 May will see the continuation of Aspen Comics year long 15 anniversay celebration of being in comics with the release of some of their best as well as 25c Primer issues which will allow new readers to get caught up and dive into the action. 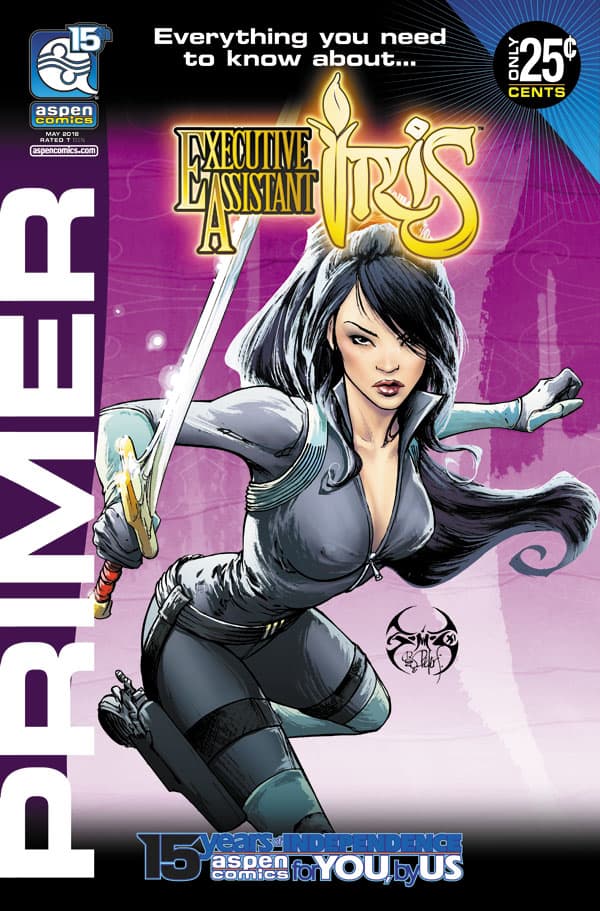 We kick off with the 25c Primer issues of assassin thriller Executive Assistant: Iris. New readers and fans alike can find everything they need to know about EA: Iris in this debut Executive Assistant: Iris Primer issue! Revisit the deadly missions within volumes one through four, check out never-before-seen commentary, art, and creator secrets…All for only a quarter! These Aspen Anniversary edition primer issues are the perfect compliment to discover more about Aspen’s upcoming slate of new and returning titles! 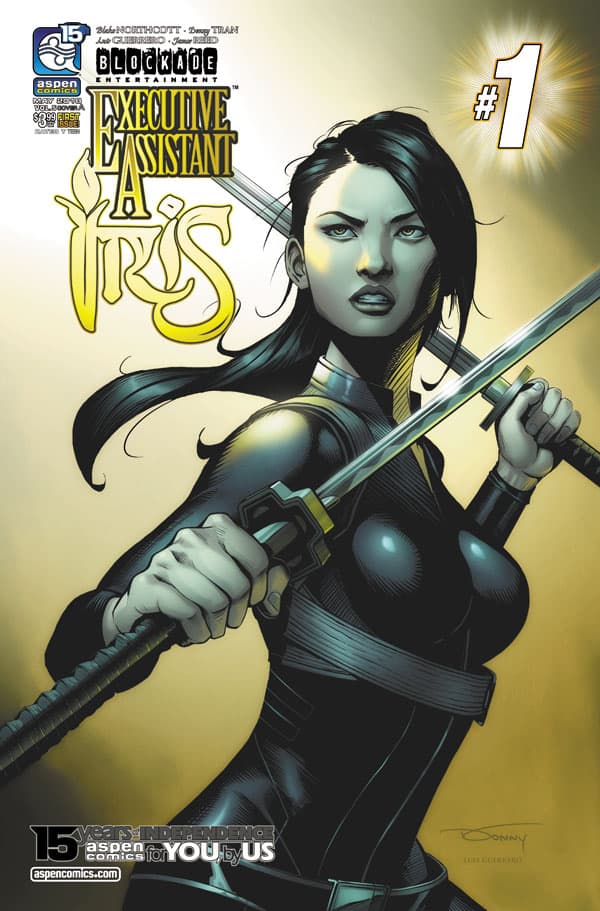 When a routine security job takes a turn for the worse, Executive Assistant Iris realizes she might be at the crossroads of her career! The world’s deadliest assassin is faced with a choice: remain a freelance Executive Assistant, or join Magni Global—a mysterious corporation that has acquired nearly every private security firm on the planet. But, what fateful decisions may come from joining a giant conglomerate whose interests may spell doom for her?!Brought to you by acclaimed author Blake Northcott (Michael Turner’s Fathom) with art by newcomer Donny Tran and colorist Luis Guerrero, this newest pulse-pounding 10 year anniversary chapter of Executive Assistant: Iris is sure to be the greatest volume yet! 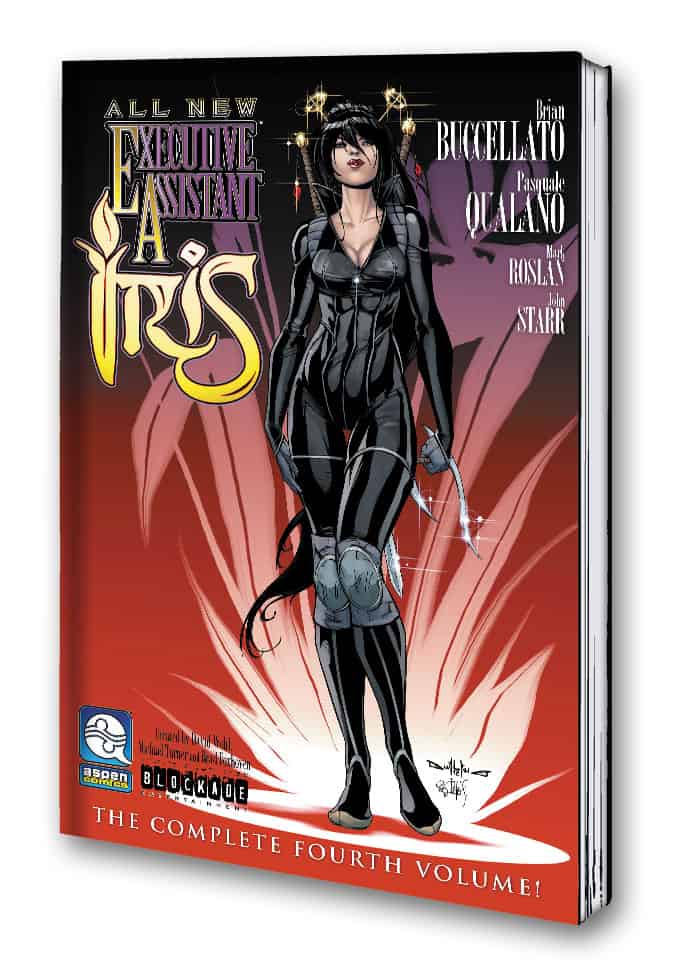 added to this Aspen will be releasing in TPB:

This all-new story arc features Lily, one of the most popular characters in the EA Universe, as she attempts to piece together some semblance of a normal life while fighting to protect it from those who seek to end it! Enter Mazutsu, the arms dealer mastermind who has sworn to eliminate all Executive Assistants at any cost. This crossover Executive Assistant event forever changed the landscape for nearly every Executive Assistant—and some may not survive!

Writer Vince Hernandez (Charismagic, Damsels in Excess, Fathom: Kiani), is joined by penciler Jordan Gunderson (No World, Aspen Universe: Revelations) and colorist Teodoro Gonzalez, to bring you one of comics’ most dangerous, action adventure series! Collecting together the entire ‘Executive Extinction’ storyline from EA Assassins issues 6 -10 and including a complete cover gallery, this volume 2 Executive Assistant Assassins TPB is not to be missed! 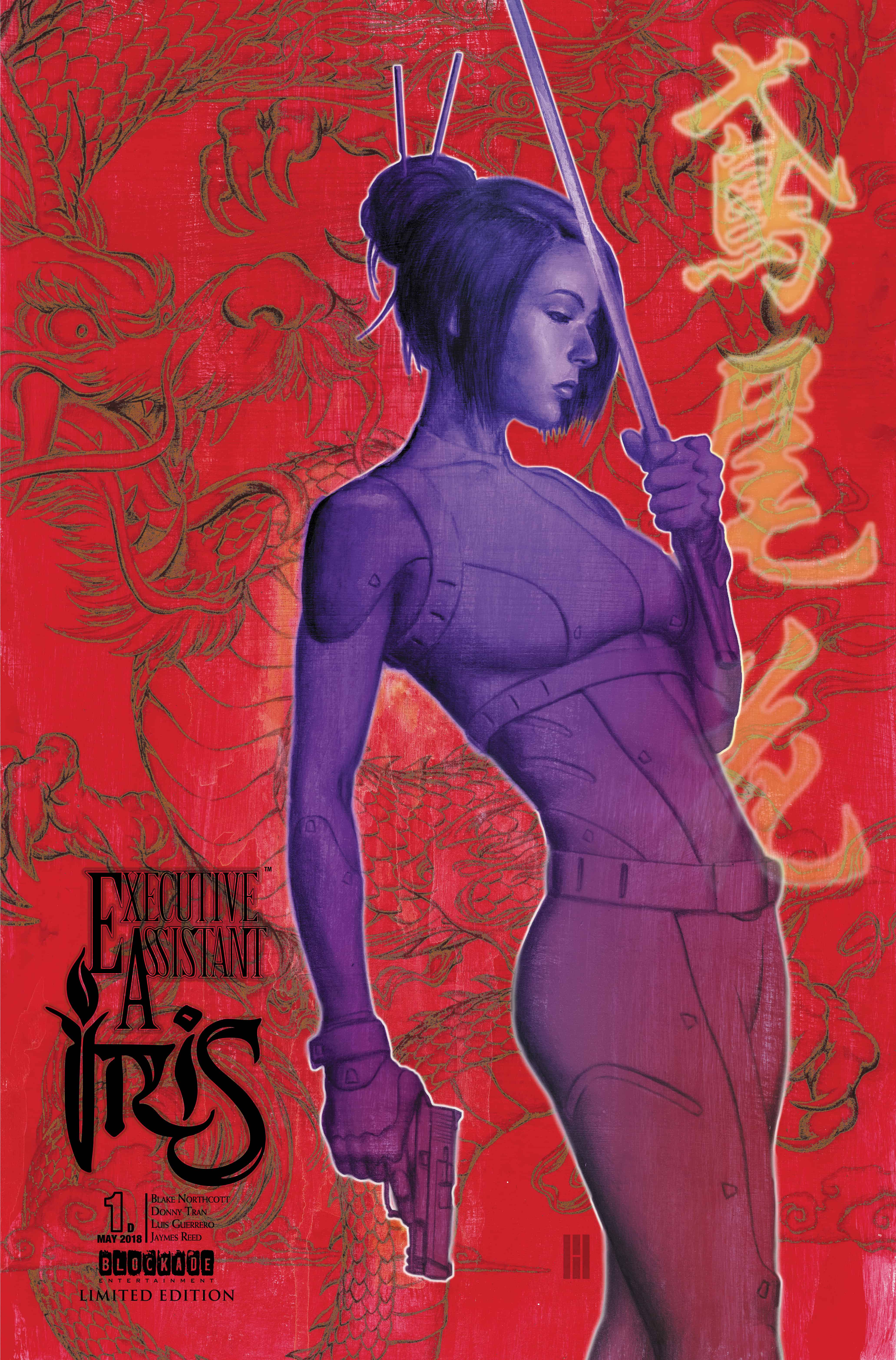 Executive Assistant Iris is free from the murky past that has haunted her fate and threatened her existence up until this point. Now, with her former master Ching, the mastermind Mazutsu and the CIA a distant memory, Iris will painstakingly discover that the start of a new life for an Executive Assistant can be anything…but free from danger!

Written by Brian Buccellato (Flash, Cannibal) with art by Pasquale Qualano and John Starr, this brand new trade paperback collects together EA Iris volume 4 in its entirety, and includes a comprehensive cover gallery and a whole lot more!

So If the action-packed world of Assasins and intrigue is for you be sure to pick it up! 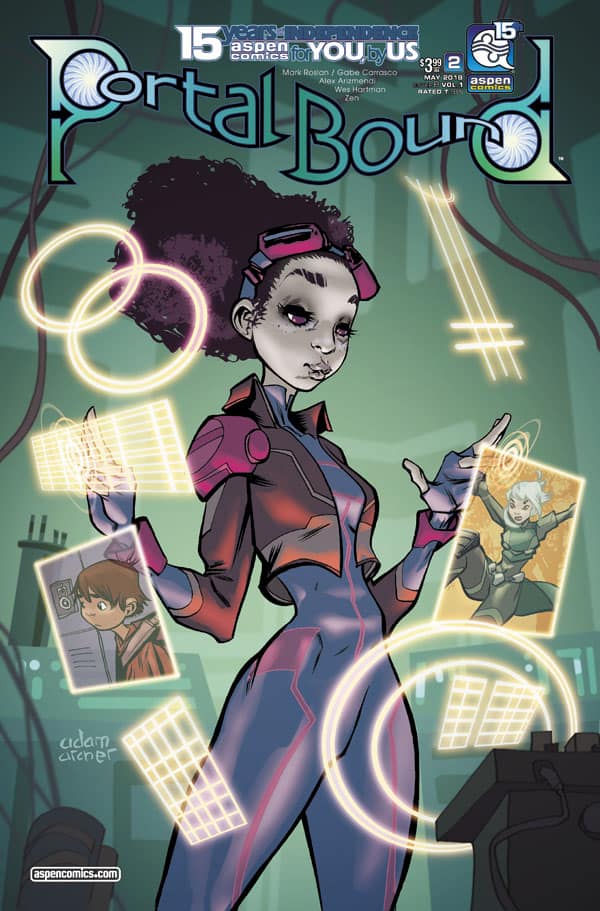 From Assassins to Aspen’s newest series:

Their Future Depends on Each Other!

Giant six-eyed mechanical beasts? Gray-skinned warriors from another world? Dubstep music?!? Teenagers Elias and Brett have just survived the craziest night of their lives, but that was nothing compared to the road ahead! Sybil, the arrogant warrior princess from Havos, is stranded on Earth and it’s up to our heroes to get her home! However, the evil Emperor Atilus has a deadly surprise awaiting his daughter’s potential homecoming! 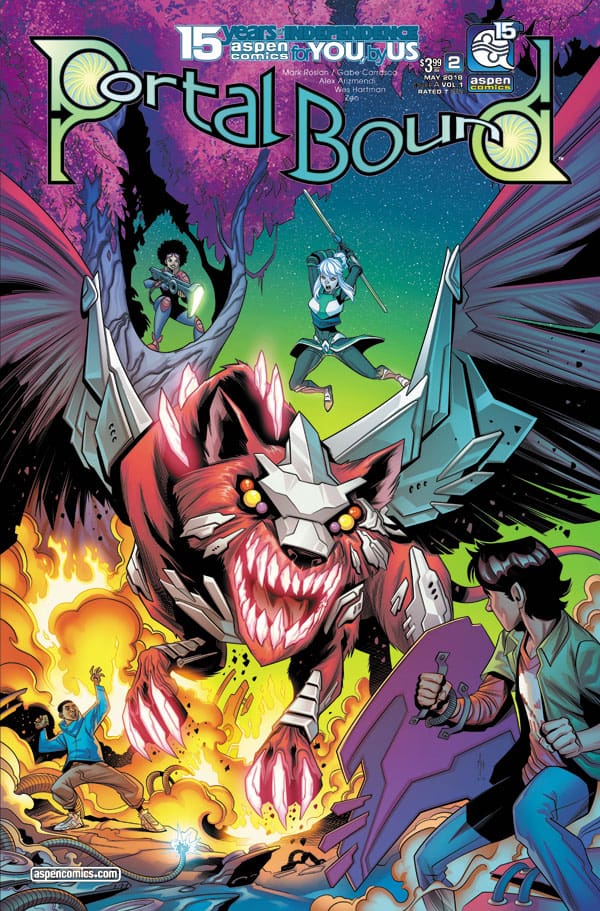 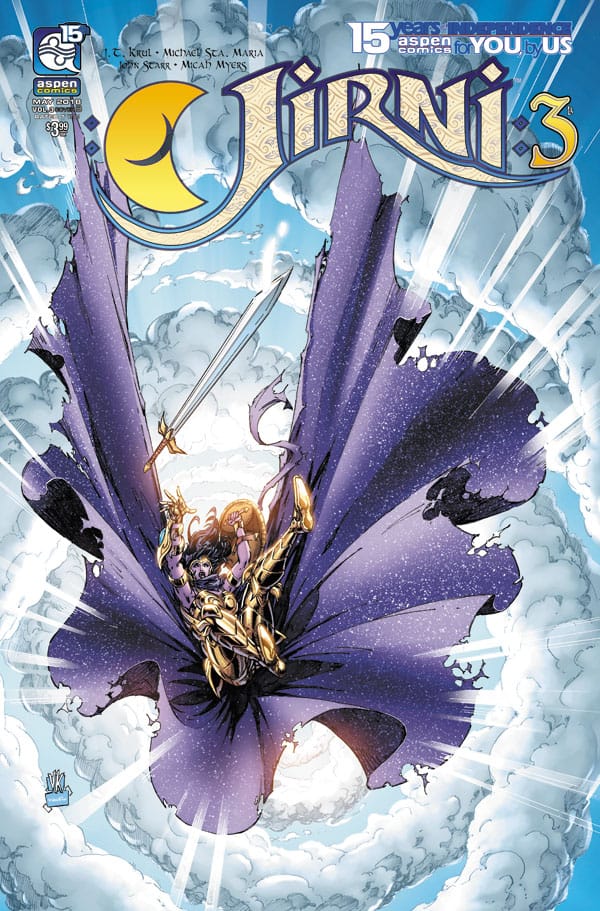 Ara takes to the skies once again in her airship, soaring higher than ever in the hopes of reaching the realm of the D’jinn, but danger lurks all around her. Meanwhile, Torinthal reveals his true purpose in capturing Luna and the other D’jinn, and it could spell doom for them and all the D’jinn – in this world and beyond. 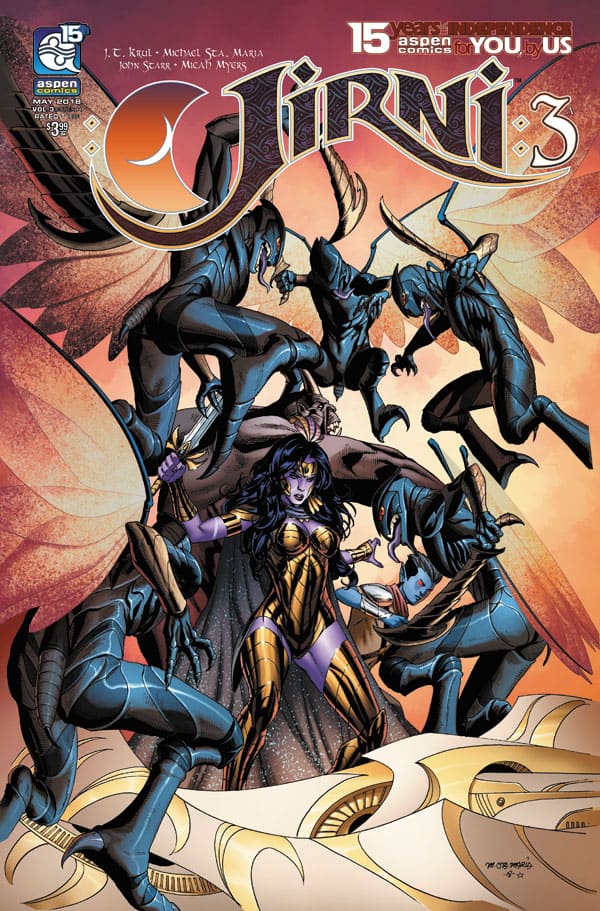 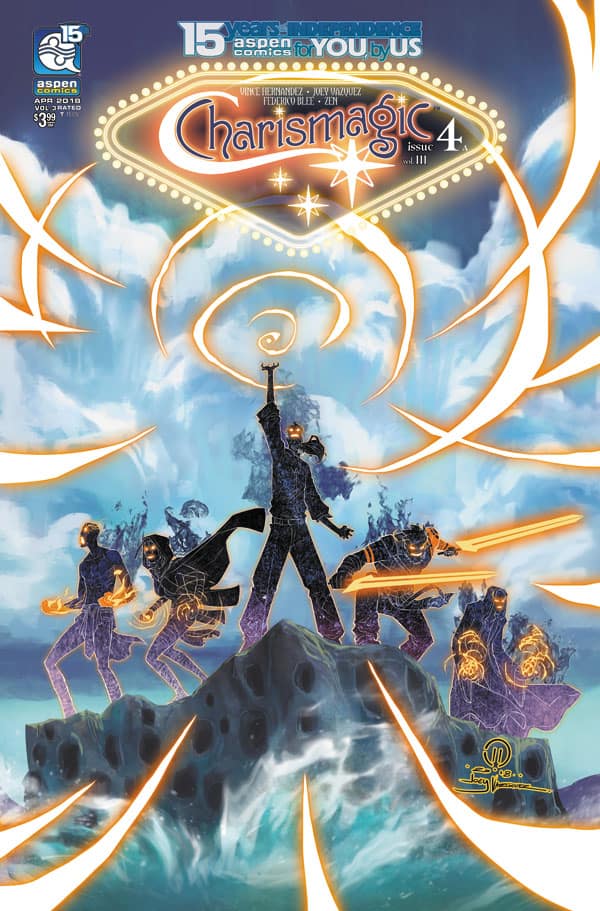 The forces of magic have returned—and this time no magical being is safe!

Hank and Sparkles find themselves trapped inside the Magic House and Contessa’s basement cells with no chance for escape! Meanwhile, Sudana begins to uncover the reasons for the Magic Harvester’s destructive plan to absorb all beings of magic—and the extent to which he plans to go to wipe out its existence altogether! 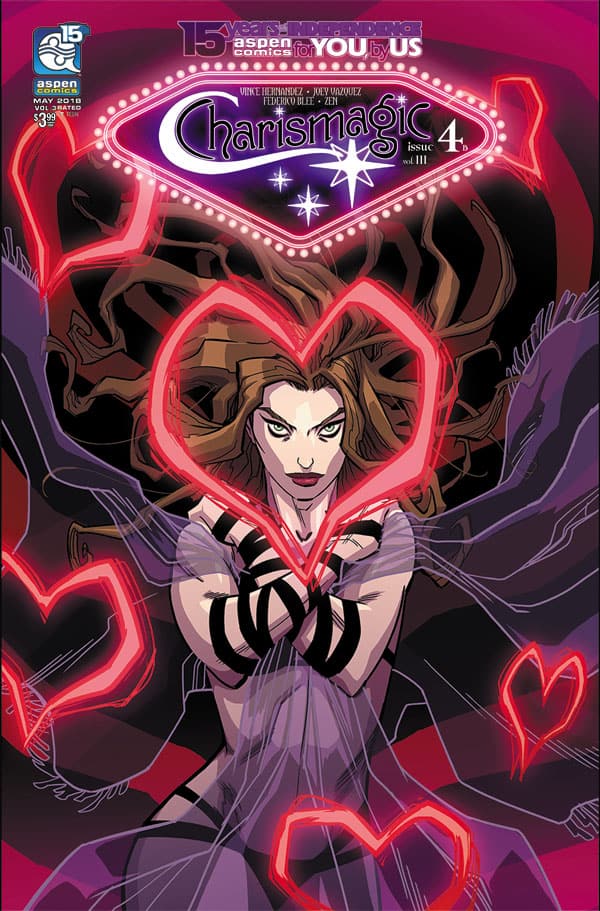 There will be two different covers by series artist Joey Vazquez and artist Khary Randolph. 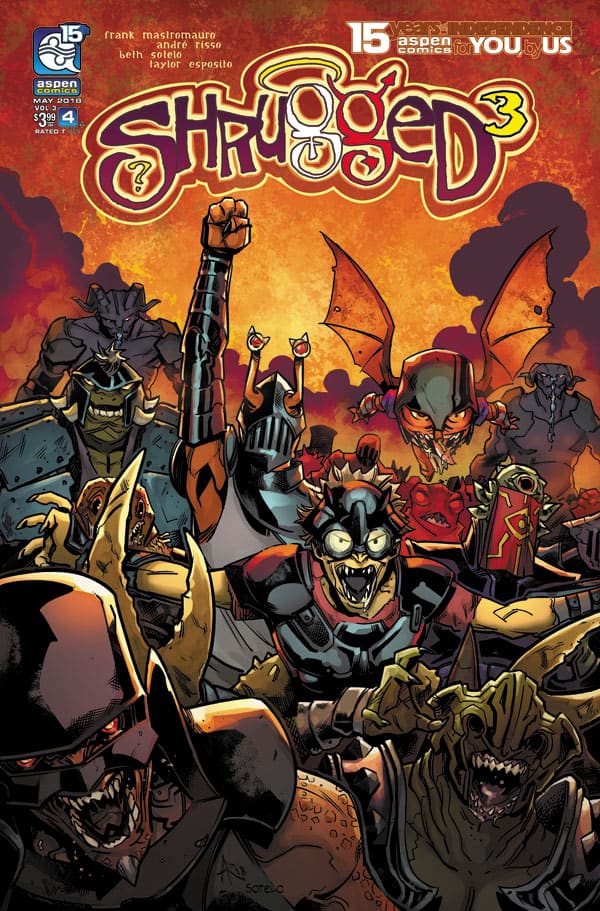 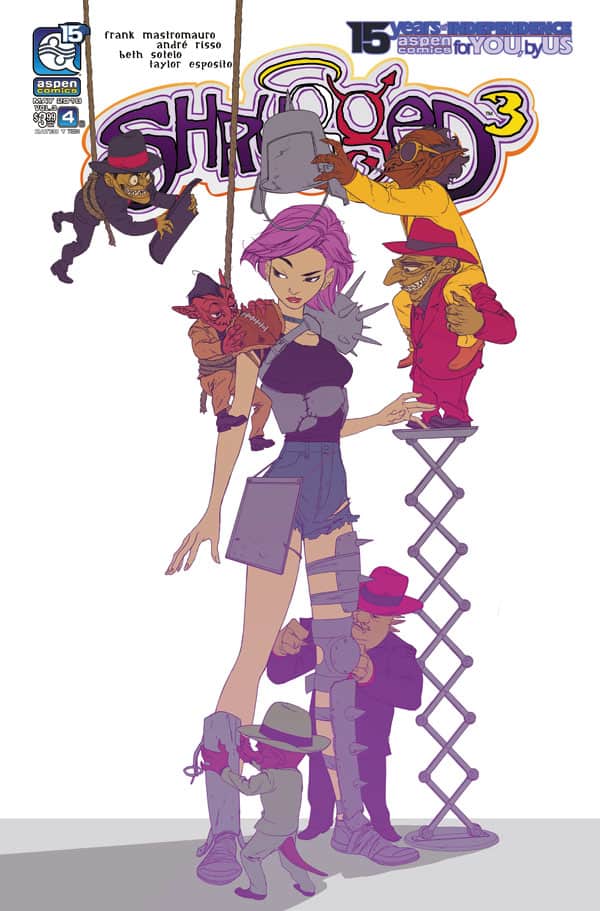 It’s a clash of astronomical proportions as the Elysians and Nefarians battle it out for control of Perspecta! Meanwhile, Theo and Thom struggle to save Kiori, but does she really need to be saved…or are they the ones in deep trouble?!?

Lots of great stuff from Aspen for their 15-year anniversary year-long celebration.