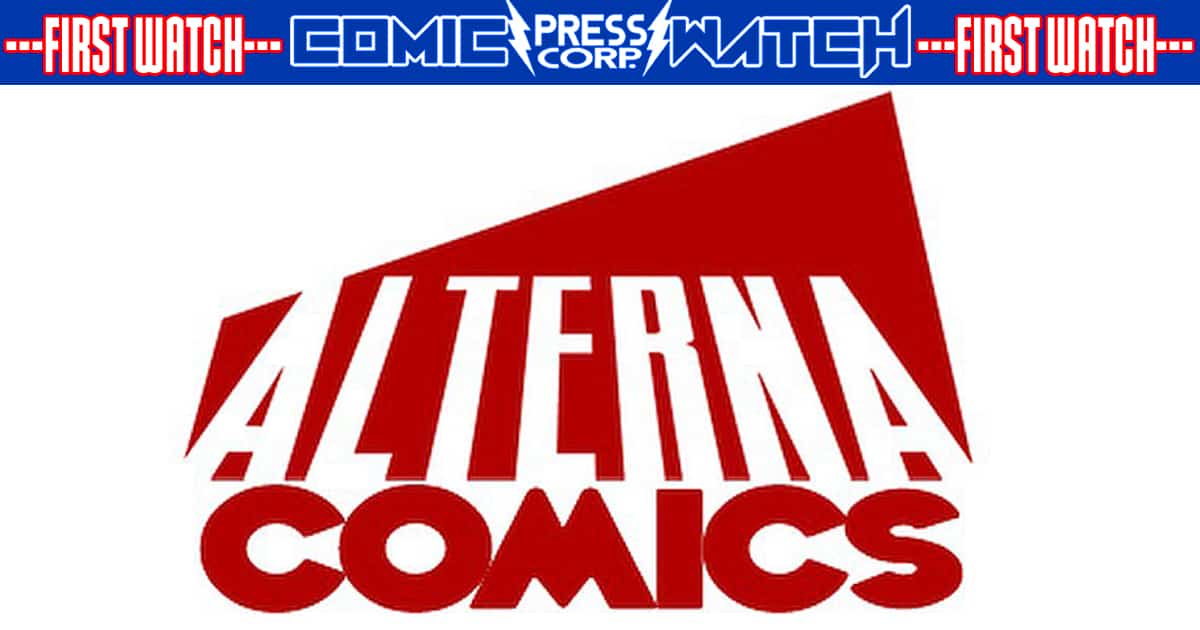 This week amongst their ongoing titles, two new exciting series from Alterna Comics will be available: the new supernatural horror Sonitas and the post-apocalyptic thriller The XII. Fans can also look forward to the next installments of ongoing series Scrimshaw and part 4 of Wicked Righteous.

We kick off with the new supernatural thriller Sonitas written by Cody Sousa and Dan Shepard and the artistic team of Cecilia  Lo Valo, Dee Cunniffe, and Dezi Sient :

Mysterious voices lure a man back to his hometown to visit an abandoned house that he used to frequent as a child. But as he journeys through his old hangout, he encounters a supernatural presence that forces him to face his past and his darkest fears

This three-part limited series is out 7 Feb 2018

Next up is The XII a five-part limited series set in a post-apocalyptic landscape brought to you by writer  Patrick Trahey and artist Luis Suarez :

The Sacred City holds the promise of a better life for Caleb and his family. Unfortunately, they’ll have to travel the “Dead Roads” to get there. As winter falls upon them, they traverse the barren wasteland and quickly realize that their safety comes at a price – perhaps the ultimate one.

The Series hits shelves this week with issue #1

Over and above these two new titles this week will see the release of part #4 of the Action Thriller Scrimshaw The series is set With the planet ravaged by war, ruthless corporations have the world’s governments in their pockets. Faced with impossible odds, Captain Hans Tanaka and the rest of the crew of the Runaway Horse have been branded as pirates, cut-throats, mercs… and the GOOD guys!

Scrimshaw is back! All is quiet until mercenary cut-throat Danny Yuda finds Hans and his crew. Outmanned, outgunned, and with their backs to the wall, the battle for the Tanto octopus begins!

lastly, we have part #4 out of the action thriller The Wicked Righteous a story In post-apocalyptic San Diego, four teenage brothers rescue a young girl from a brutal gang of psychopaths and spark a chain of events that attracts an onslaught of unspeakable evil. This is the world of the Wicked and the Righteous… and the children will lead them all.

After narrowly escaping from The Ballpark, Lucas and JC find themselves alone and vulnerable. As the shadow of death falls across the burnt landscape of San Diego, loyalties begin to erode and a deadly, unexpected alliance emerges.

Be sure to check these awesome titles out from Alterna Comics who have been publishing creator-owned comic books and graphic novels since 2006.