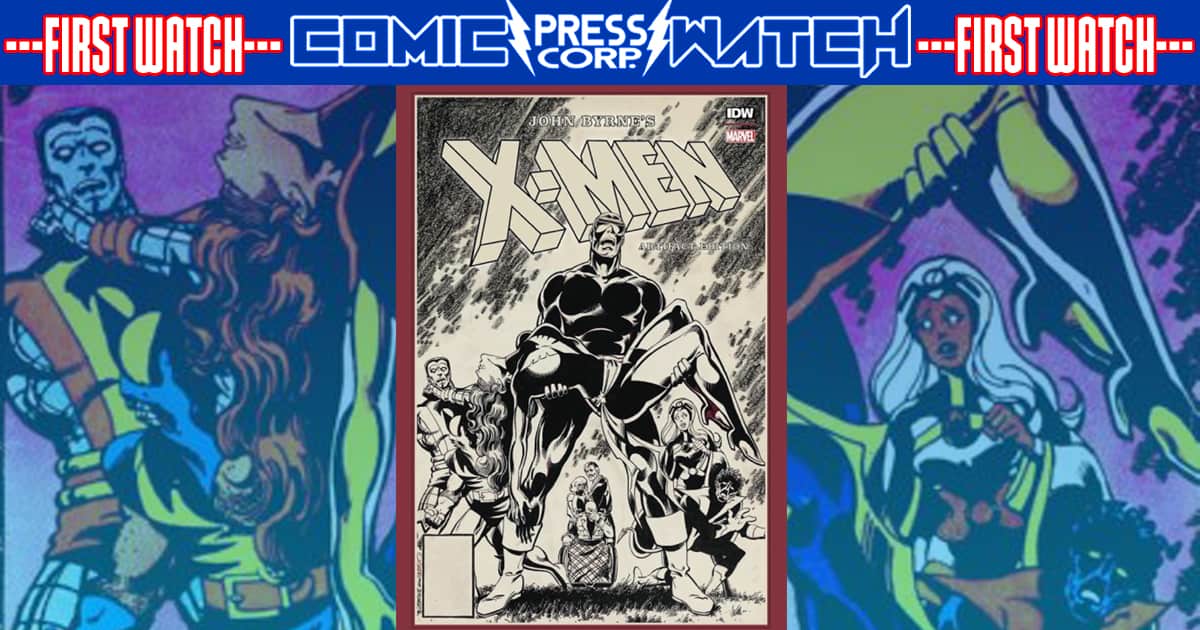 John Byrne’s seminal work on Marvel’s mutants coming July 2018 IDW in oversized deluxe format is a must have for X-Men and Byrne fans alike.

One of the most requested Artist’s Edition-style books is finally on its way – John Byrne’s X-Men Artifact Edition. John Byrne, thought by many to be the quintessential X-Men artist, began his legendary run on the title with issue #108 in 1977. Already a major hit in the Marvel Universe, Byrne, along with his co-creators Chris Claremont and Terry Austin, brought the X-Men to the highest levels of popularity. To this day their run on the X-Men is one of the most fondly remembered series’ ever published by Marvel Comics.

Even after all these years, it’s the X-Men work I did with Chris and Terry that still resonates the most with fans.” said Byrne, “Hopefully when you all see the pages in this format you’ll still feel the same way!”

Now IDW Publishing is proud to present John Byrne’s X-Men Artifact Edition, a gorgeous 12” x 17” Artist’s Edition style book featuring more than 100 pages of Byrne’s X-Men work, each and every one scanned from the rare and valuable original art. The only way you could have a better look at these originals would be if you were sitting next to Byrne as he was drawing them!

“It doesn’t get much bigger and better than John Byrne’s X-Men.” said award-winning Artist’s Edition Editor Scott Dunbier, “This truly will be an event, one absolutely not to be missed!”

IDW’s Artist’s Editions have been praised for their beauty and meticulous attention to detail, they have won five prestigious Eisner Awards to date. John Byrne’s X-Men Artifact Edition will arrive in July.