FIRST WATCH: Robert Venditti Will Give Hawkman Wings This June 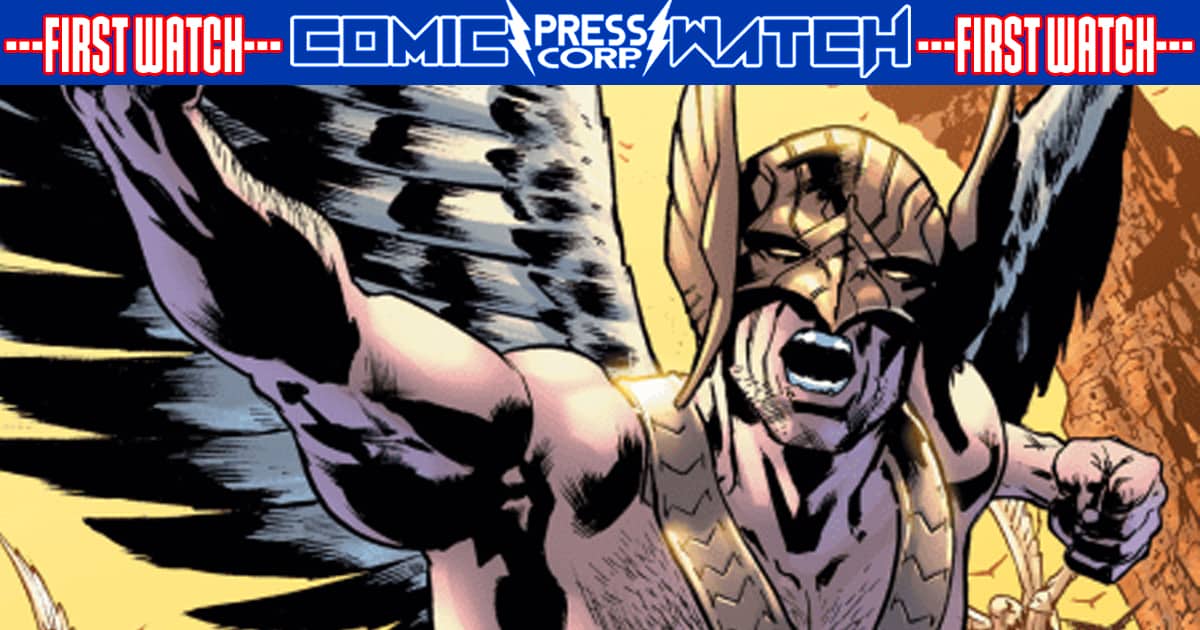 “Hawkman is one of the richest, most storied characters in comic book history, a cornerstone of the DC Universe,” says Venditti. “His adventures have taken him from ancient history to the far-flung cosmos, and everywhere in between. It’s been too long since he had a series of his own, and I’m excited to bring him back to the DC Universe.”

Spinning out of the events of DARK NIGHTS: METAL and HAWKMAN: FOUND, Carter Hall resumes his role as an explorer of the DC Universe’s ancient and unknown. As Hawkman, Hall is on a quest to find out the true nature of his many incarnations throughout time, but he quickly finds out that elements from those past lives want to keep that secret hidden at any cost.

“Hawkman has one of the most amazing visuals in comics,” explained Hitch. “He’s the greatest warrior in all of the DCU, and with such a robust history to (literally) draw on, the sky’s the limit for how far we can take this.”

HAWKMAN #1 arrives in stores and will be available for digital download on June 13.

For the latest information on HAWKMAN and all other DC news, check out the website at www.dccomics.com or the DC YouTube channel.