BREAKING NEWS: From ‘Ready Player One’ to ‘ROM: Space Knight’! 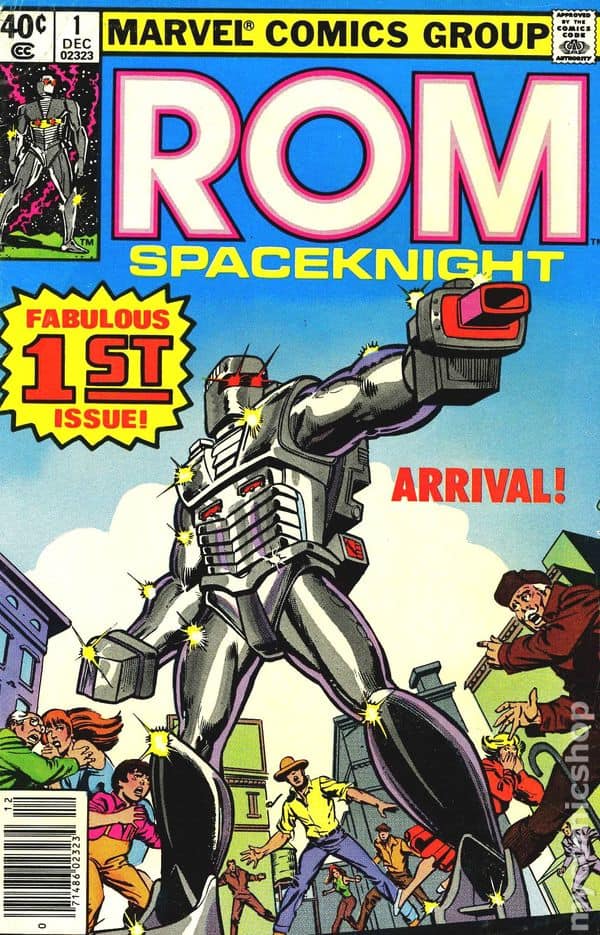 For those not familiar with the ROM property, ROM’s early history as quoted in a recent Screen Rant article stated as follows

“Hasbro’s ROM began life as a simplistic old-school toy robot named COBOL after the programming language. The character later underwent a name change after a sale to board game manufacturers Parker Brothers, who subsequently licensed the character to Marvel to create a comic book. At Marvel, ROM became re-imagined as ROM: Spaceknight, a cyborg strikingly similar in design to a Transformer. ROM received a whole backstory where he came from the planet Galador and possessed powers like superhuman strength, self-repairability and space flight.”

As reported by Deadline, Allspark and Paramount will move forward on bringing ROM: Spaceknightto the screen with Ready Player One writer Zak Penn handling the screenplay. Penn also confirmed the news about ROM to Screen Rant, during an interview where he was promoting Ready Player One. This despite the fact that two previous writers attached to the Hasbro writers pool and the ROM project saying it unlikely that it will happen just months ago, Hasbro clearly has other plans.

Penn who got his career started by writing and selling his script for the movie that became The Last Action Hero at the age of 23 and is no stranger to this genre having worked on several Marvel Comics movie transfers including X-Men 2 and X-Men: The Last Stand, Elektra, The Incredible Hulk and The Avengers.

What this means for fans though is that it looks like Hasbro are making the push to establish ROM in an extended universe which would include properties like Transformers Transformers, G.I. Joe, M.A.S.K., Action Man, Micronauts, Visionaries, therefore, keeping the ROM property outside of the Marvel Comics Cinematic Universe as Marvel lost the rights to the property years ago.

It will be interesting to see if Hasbro and Penn can establish ROM as a major supporting pillar in this universe Hasbro intends to build where so far only Transformers has attained anything close to commercial success, could Rom be the property to help them do this? The company seems intent to do so having already set release dates for another G.I.Joe film as well as the Micronauts later in the year.