BREAKING NEWS: The First Family of Marvel Return Full Time To the 616 Universe.

C.E Cebulski has just confirmed the return of Marvel’s Fantastic Four in an ongoing series with the creative team of Dan Slott and Artist Sarah Picelli  this August. 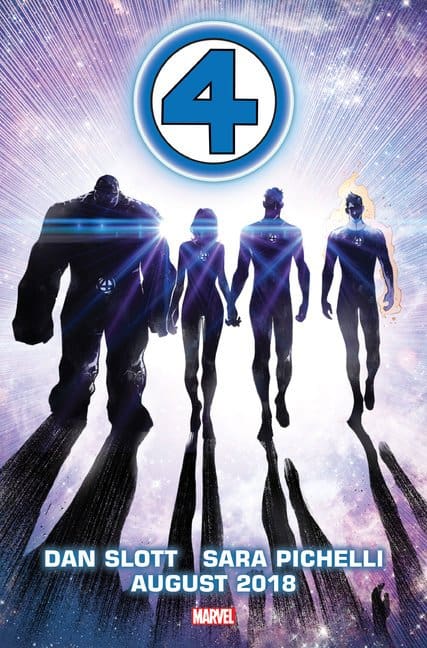 The New York Times has just broken the story to confirm the return of Marvel’s first family who has not been together again since Fantastic four ended in April 2015.

To quote The New York Times article on the choice of team:

“We always knew the Fantastic Four would come back,” C. B. Cebulski, the editor in chief of Marvel, said in an interview. “We were waiting for the right time and the right creative team to bring them back.”

Mr. Slott said the Fantastic Four were in the first comics he ever read back when Stan Lee and Jack Kirby had the team meet the cosmic entity Galactus in 1965. “I started my adventures in the Marvel Universe with a freaked-out Reed Richards, the Watcher, and the Silver Surfer,” Mr. Slott recalled. “I’ve wanted this for so long.”

Ms. Pichelli was excited about working on the series, but coy. “I can’t wait to draw a lot of the characters, but there’s one, in particular, I can’t reveal yet,” she said in an email interview. “You will know why they’re my favorite when you read the book!”