Earlier in the week, social media was abuzz and rife with speculation as to why Fox’s The New Mutants and X-Men: Dark Phoenix release dates have been pushed back. We look at the reasons why.

Dark Phoenix is being pushed out of its initial November 2018 debut on February 14, 2019, so just a couple of months, but New Mutants is being delayed from February 2019 all the way to August 2, 2019, across social media one can almost audibly hear the groan of the fans, as well as the Anti-Fox camp members who have been waiting for these movies to either celebrate or denigrate them as the rabid fandom that is Mutant fandom, is wont to do (for the record I count myself amongst that fandom).

For The New Mutants, this will be the second delay as it was originally slated to debut in April this year and the first for Dark Phoenix. When one looks at each film individually as an article on Collider did one can see the reasons for the delay.

Starting with Dark Phoenix: when one looks at the big Hollywood hitters from writer/producer Simon Kinberg, Jessica Chastain, Jennifer Lawrence and Michael Fassbender and when one considers that a test screening was set up as is very common for Blockbusters of this type for the powers that be to decide what is working and what is not working, if reshoots are called for with an in demand-cast of this type well that’s when the fun begins as this can take serious time and cause delays as the studio tries to coordinate reshoots which include more than one member of the cast which is what has happened with Dark Phoenix. According to the Collider article which cites an unnamed source the earliest all the cast could be gathered for these reshoots would have been August or September which would not leave enough time for the visual effects laden movie to be completed with the required visual effects and be ready for market so Fox have made the decision to push release out so this process can happen. This is a common and very simple thing with a production of this type and can simply be chalked down to a scheduling issue. 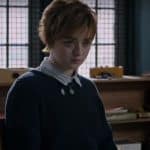 The New Mutants is a different scenario with the first delay being chalked down to the need for reshoots to make the movie darker and scarier in line with Fox’s drive to have their X-Franchise pictures stand out in a forceful way on the back of the success of Deadpool as well as Logan. According to the Collider article, while the director Josh Boone has delivered a cut of the movie that he is happy with, the studio itself is looking to darken the movie even further with unnamed sources saying as much as half the movie will be reshot and that one or more characters will be added in major roles. added to this Boone has been having creative differences with the studio over these major changes making the delay on this movie a slightly more tangled affair.

Whatever the case, as mutant fans exhale and take another deep breath to await in anticipation of these two next installments in the somewhat controversial pantheon that is Fox’s mutant cinematic universe, we will continue to monitor and report on events as they unfold.