New Comic to Watch: The ‘Witchblade’ to be Wielded Again! 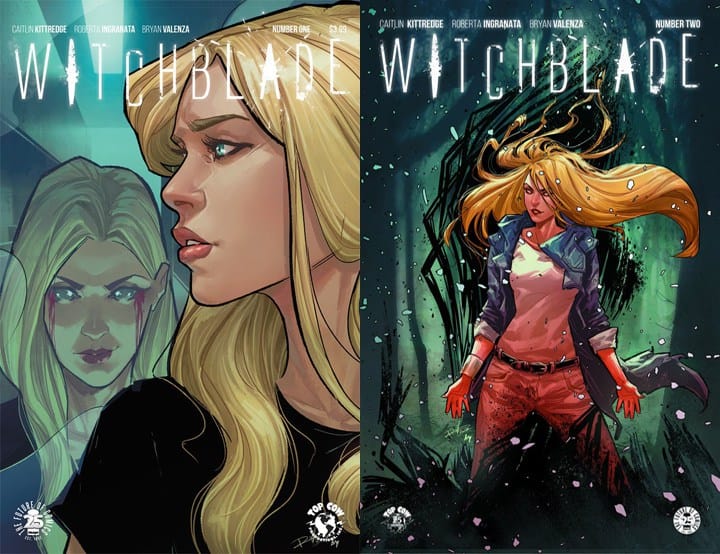 In December, Image will be relaunching the Witchblade title with an all-new creative writing and artistic team. We take a look back at the history of the title, where it came from with a look at seeing what we can expect from the new book when it hits shelves in December. 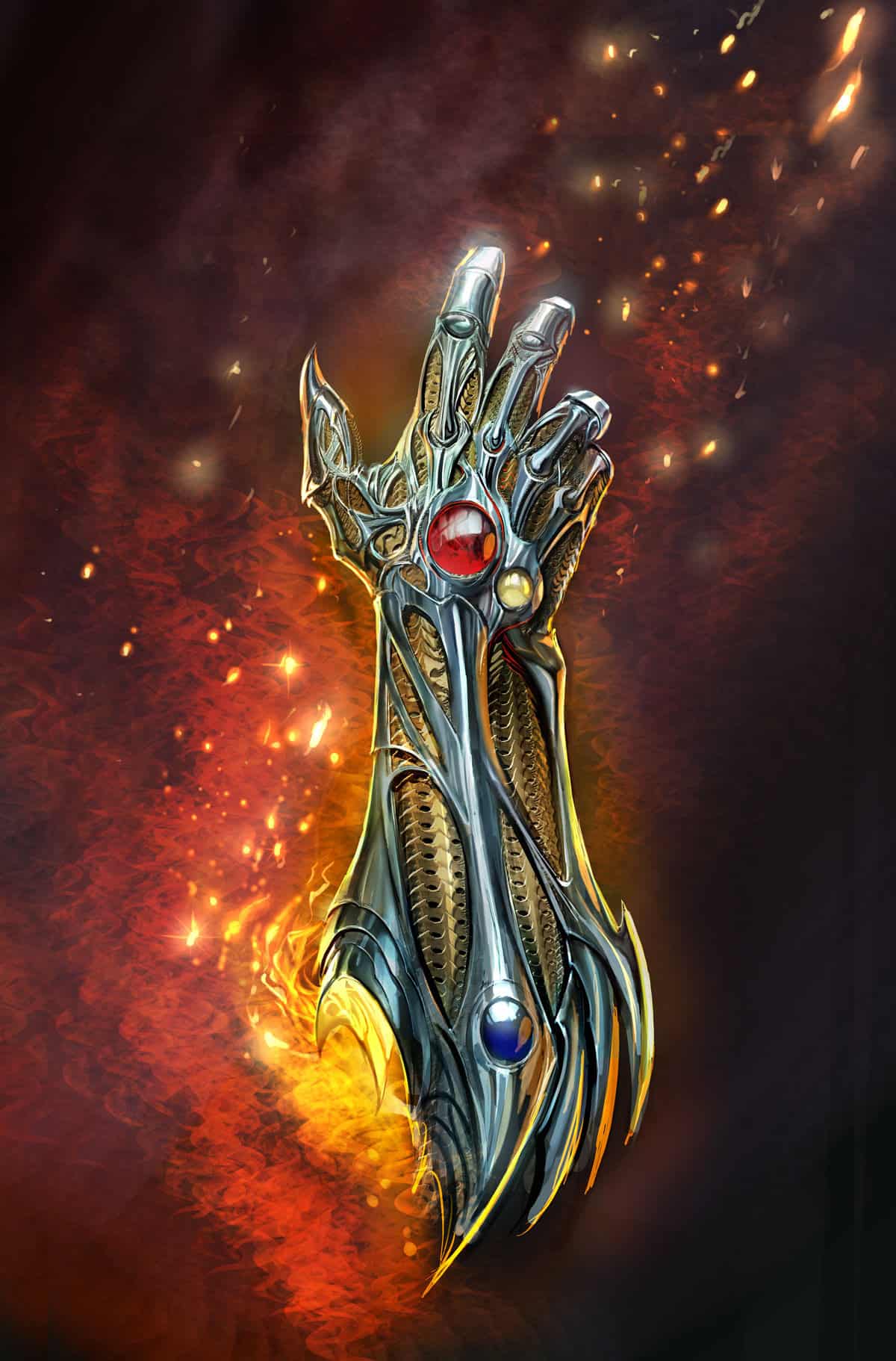 ‘Witchblade” was launched in 1995 by Top Cow comics an imprint of Image comics and is the creation of Top Cow owner Marc Silvestri, editor David Wohl, writer Brian Haberlin, and artist Michael Turner. The series ran for 185 issues and was successful enough to spawn an anime, a novel, as well as a live action tv series (which although plagued by production problems) which ran for two seasons and was well received by critics. The comic series went on to see several crossovers with other properties like Vampirella, Lara Croft and even squared the main character off against Wolverine from the X-men.

What is the Witchblade:

The Witchblade is a conscious, intelligent, and ancient weapon of supernatural origin that is a product or rather offspring of two opposing forces in the universe. These forces are:

The Angelus that is a representative of light and order in the universe that has always chosen a woman as its representative in its age-old struggle between itself and its opposite.

The Darkness that represents chaos the other primal force in the universe that has always chosen male hosts as its representative on earth. The most well-known wielder is Jackie Estacado, a mob boss who has had many run-ins with Sara Pezzini the lead character of the original series.

The Witchblade is a male aspect that must always be wielded by a female worthy of it and imbues the user with awesome supernatural abilities including expanding across the body of the user to form protective armor to varying degrees depending on the level of threat as well as being able to produce extensions of itself that can form swords, other stabbing weapons, hooks, chains, shields, and wings, enabling the wielder to fly and is also capable of firing energy bursts. conversely, it can heal wounds, reanimate the dead and give its wielder empathetic insight to scenes of exceptional trauma by allowing the user to relive past Witchblade users experiences. 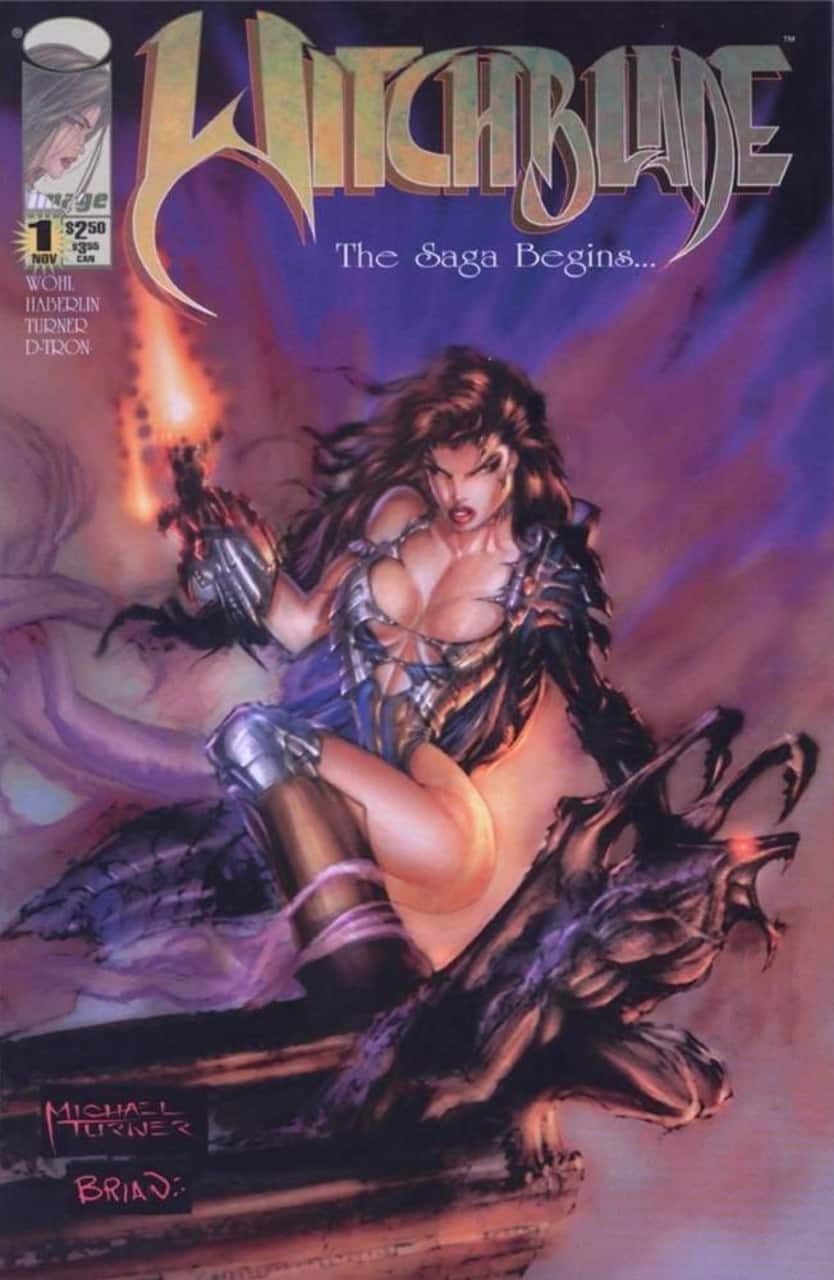 The first series revolves around Sarah Pezzini a tough, determined New York detective that finds herself chosen as the host of the Witchblade after a traumatic and near-fatal incident involving her and her partner… the Witchblade is drawn to her heroism and  Pezzini is sucked into a dark world of human enemies that seek possession of the Witchblade and demons that want to destroy her and the blade before Sarah can tap the full potential of it and become undefeatable.

In January of this year, The Hollywood Reporter announced that a new Witchblade tv series was in the works with  Carol Mendelsohn (CSI) and Caroline Dries (The Vampire Diaries) on the project for NBC

Carol Mendelsohn and Julie Weitz from Carol Mendelsohn Productions will underwrite the series, along with Marc Silvestri and Matt Hawkins from Top Cow. Rick Jacobs from Circle of Confusion will also serve as an executive producer.

Then in September of this Year, Top Cow announced it would be launching The title again with new creative team of writer Caitlin Kittredge, whos works include several urban fantasy adult and young adult book series and the art by Roberta Ingranata whos started at image in 2016 and who has also drawn for Zenoscope productions on the title Robyn Hood.Colours will be by Brian Haberlin. Having looked through the artist’s portfolio I think we are in for a well written and beautifully illustrated book. 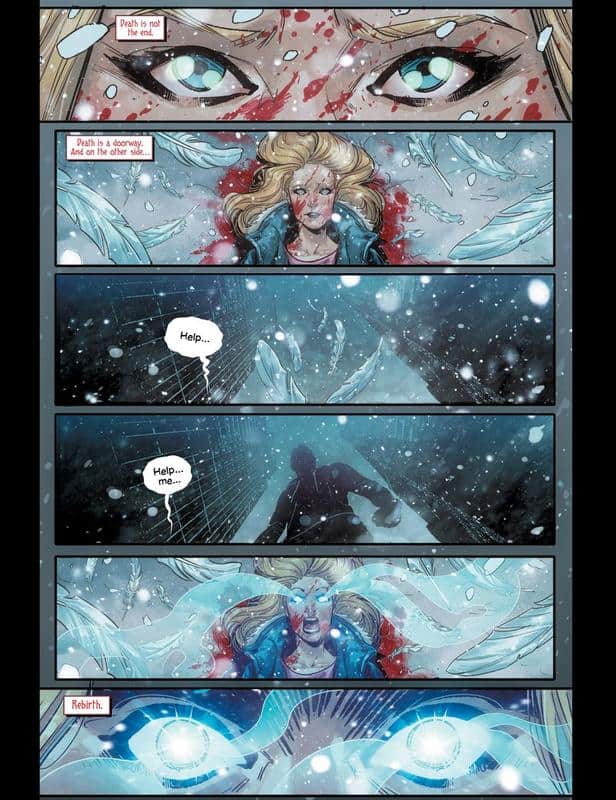 Issue number #1 will see us introduced to new lead character reporter Alex Underwood shot and left for dead on a New York rooftop only instead of dying becomes, at her moment of death, host to the mystical artifact known as the Witchblade which grants its wielder incredible abilities and powers. The cost of those powers sees Alex thrust into a secret unseen world where demons walk the streets of and all of them want to destroy the Witchblade’s latest host before she can properly master the power she now possesses. Issue #2 will see Alex attempting to adjust to her newly acquired abilities bestowed on her by the Witchblade while finding herself caught up in the murder of a police officer whos corrupt cop friends will do anything to keep the dead cops dirty business a secret. Alex’s involvement will see a supernatural backer behind the dirty cops and friends focus his attention on her…

we spent time on several fansites and other pages in the forums to gauge fan excitement and it looks like the book is set to be well received based on the successful history of the book and the reaction to preview pages already released.

Don’t forget to look out for our in-depth review of the title every month after it hits the shelves!