With the recent announcement of Axel Alonso stepping down as editor in chief at Marvel and the appointment of C.E. Cebulski to the position we decided to have a look at Cebulski’s career thus far in his 15-year tenure at Marvel leading up to this point.

Marvel is a company facing major change. In a very short space of time, we have seen the announcement of Marvel stalwart Brian Bendis’s departure to DC Comics as well as Alonso departing the comic industry completely. Marvel has appointed Cebulski to fulfill this role from his previous position as VP of international brand management for Asia. The appointment is official as of 17 November this year. 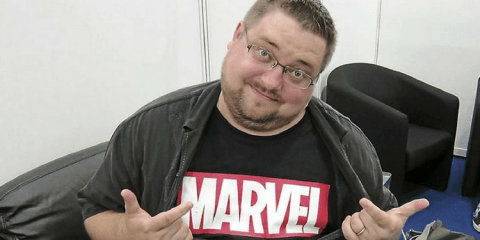 Cebulski started at Marvel being involved with the  Marvel Mangaverse having come from editing Manga at the beginning of his career for Central Park Media in York City. In 2007 he signed an exclusive deal with Marvel which would give him the flexibility to work on several projects at the same time. If we look at his writing contribution there isn’t a large amount to point us in what direction he may steer the ship so to speak. It has included a contribution to 3 Marvel Fairytales pieces namely: X-men Fairytales, Spider-man Fairytales, Avengers as well as writing the Loners series in 2007 ( a spinoff miniseries about the individual Runaways’s characters )with Karl Moline and X-Infernus ( an Inferno event sequel mini featuring Magik) with Giuseppe Camuncoli in 2008 which both enjoyed relative success. He also contributed to 2009 two-part mini War Of Kings: Darkhawk with Harvey Tolibao.However as scant as the above writing contribution may be Cebulski is being given the job as Editor in Chief, not as a writer. Two of his most prolific stints as an editor on a Marvel books would be his work as the original editor on hit series Runaways by writer Brian K. Vaughan and artist Adrian Alphona which is grabbing media attention right now as its hitting televisions everywhere as new television series on Hulu as we speak. Secondly, he has been serving as executive editor on all the Star Wars comic books since Marvel got the property back in 2105.

To quote directly from the Marvel press statement on his role moving forward:

This is not an unknown field for Cebulski who was in 2010, promoted to Senior Vice President of Creator & Content Development. Last year, Cebulski was sent to Shanghai to help develop the company’s brand in Asia and has spent 18 Months there doing so. He has overseen very high profile business deals by bringing Marvel and its properties into the not yet fully tapped foreign markets including deals with manga publisher Kodansha in Japan, webcomics platform Daum in Korea and content creator NetEase in China, bringing Marvel to Asian markets through localized stories and characters and with Marvels globalization drive in the market it may very well be why he was picked for the job.

Marvel in their official press release also highlighted the fact that Cebulski has also recruited talent for the company and the list is impressive as Marvel credits him with helping sign Artist heavyweights like Adi Granov, Skottie Young, Phil Noto, Steve McNiven and Jonathan Hickman amongst others. This is an impressive achievement as these artists significantly help determine what books us the fans spend our hard earned cash on. 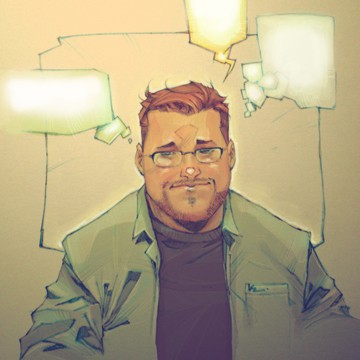 One thing is for sure Cebulski, who is well liked in the industry, inherits the wheel of the ship at a time where Marvels current Legacy relaunch event has received a lukewarm reception at best by fans and retailers alike. His appointment has seemingly been well received by the industry insiders in general as well as getting the fans talking with hopes running high he will steer the Marvel properties on to new success.

Thus far Cebulski has remained silent on his role and where he envisions taking Marvel to in the future. One person who hasn’t been quiet is Mr. Joe Quesada who in a recent interview with Newsarama  when asked had this to say and I quote directly from the article:

“Like every new EiC, C.B. is coming in with a new and distinct editorial voice. Qualification-wise, C.B. is without parallel. He’s done everything at this company and outside it from editing books to managing divisions to now working in Asia to make Marvel an even stronger international brand. He understands so many aspects of the business.

And C.B.’s reputation among creators and our staff is top-notch. They love him. So much – so much!– of this game is talent relations. I came in with a lucky advantage in that I had knowledge from both sides of the desk. I understood what it was like to be talent in need of management, and could also see from the other side, driving creative and helping talent with their stories and their dreams. And this is one of the big reasons C.B. was hired back in the day. I saw so much of that exact same thing in him. He truly cares about the people he works for and the work they produce. That’s such an important part of being E-i-C – getting the talent know that you genuinely care, and more importantly, that they can trust you.

C.B.’s a creative guy, to begin with, and has a great eye for talent. He’s done every aspect of this job and has always been an amazing advocate for Marvel. Now as Editor-in-Chief, he’s now the face of our publishing division. And that “face” is a big part of the job as well. He’s always had a good public and private persona, and again, creators adore him.

He’s also one of my dearest friends, so selfishly speaking, one of the things that give me great joy about his new job is that we get him back in New York.”

High praise indeed lets’s see if Mr. C.E Cebluski can live up to it. As always we will be watching.