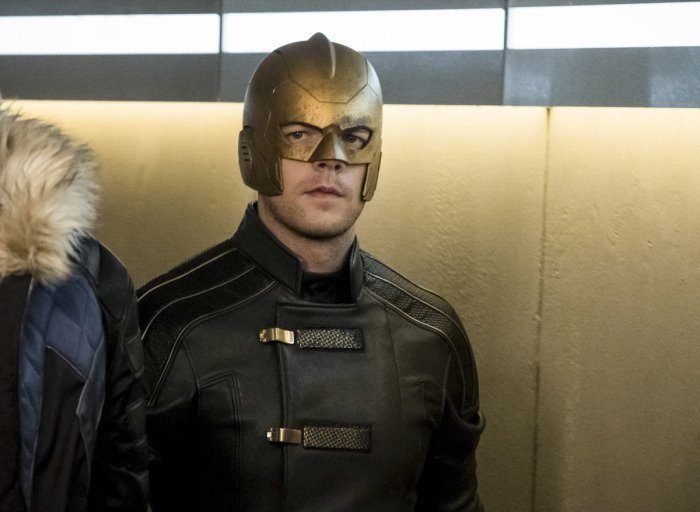 While the LGBTQ community waits upon its first openly gay superhero to hit the big screen the CW continues to lead the way and has added another gay superhero to the cast for the four show Arrowverse crossover “Crisis on Earth X” as well as an animated solo series on CW The Seed. Welcome, The Ray!

Openly gay actor Russell  Tovey was announced to play the character The Ray as far back as September this year and recent reports have come out over the last few days with pictures of the star of ‘Quantico’ and ‘Looking’ as he is about to make his superhero debut the crossover on TV today November 27th.

If you haven’t been following or do not know the character the official description of The Ray reads as follows:

“Raymond “Ray” Terrill was a reporter who discovered a group of government scientists working on a secret project to turn light into a weapon of mass destruction. But before he could report on his findings, the project head exposed Ray to a “genetic light bomb.” The bomb failed to kill him and instead gifted Ray with light-based powers. With these abilities, Ray realized he could go beyond reporting on injustice — he could take action to help stop it. Calling himself The Ray, he was recruited by Uncle Sam and the Freedom Fighters to fight violence and oppression wherever it exists.”

The character Tovey plays will be slightly different from the original 1973 character and more like the version that appeared in DC Comics Multiversity series.

The four show storyline will revolve around superheroes battling Nazi’s in an alternate timeline where Hitler won World War II and pictures have been released with Tovey wearing a concentration camp style holocaust prison outfit which is marked with pink upside down triangle the Nazi’s use to mark and persecute gay people.

Personally, I look forward to seeing his appearance on the show, however, I believe sexual diversity in both the superhero comic, television and movie media platforms still has a long way to go and that that topic definitely deserves a much deeper look than this little soundbite… but at least we are heading in the right direction.