Today at RTX, DC and Rooster Teeth revealed new details about their upcoming RWBY and gen:LOCK comic books, revealing not only a first look at the cover art for the books but releasing details on the creative teams as well. The RWBY Comics will launch first, digitally in late August, and the gen:LOCK comics will follow soon after, in September. The series is planned to alternate weekly, with two new digital chapters released every month. These will later be collected as monthly print issues. For the first of these print issues, Jim Lee will be creating a special variant cover. Fans at RTX are encouraged to attend the panel about the new comics on Sunday, July 7th, from noon to 1 pm. 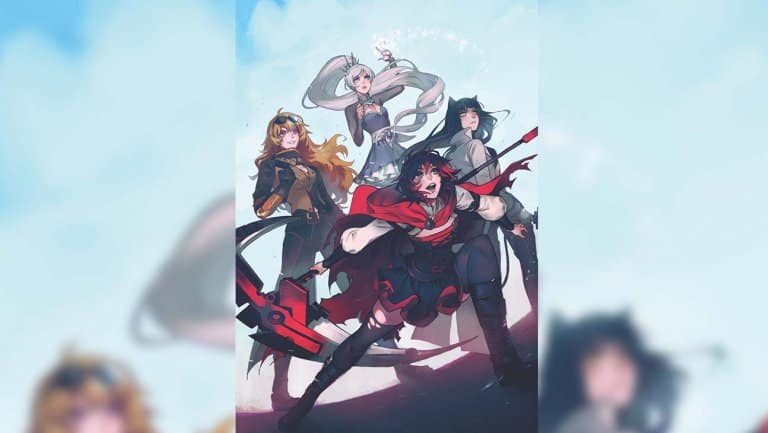 “We’re thrilled to be able to announce the talented artists and writers who are bringing the RWBY and gen:LOCK comic books to life,” said Matt Hullum, Rooster Teeth co-founder, and CEO. “Connecting with DC and like-minded brands inside WarnerMedia has been a dream come true, and we’re excited for the future of Rooster Teeth. The journey to bring out the RWBY and gen:LOCK comics has been an awesome and fun experience with DC and we can’t wait for fans to get their hands on them.”

RWBY, an acclaimed global anime phenomenon, takes place in a world filled with horrific monsters bent on death and destruction. Humanity’s hope lies with powerful Huntsmen and Huntresses in this world, including Ruby Rose, Weiss Schnee, Blake Belladonna, and Yang Xiao Long, whose journeys take them far past the grounds of Beacon Academy, their school. Marguerite Bennett (Batwoman, DC Bombshells) is set to write this series and will be joined by artists Mirka Andolfo (DC Bombshells, Wonder Woman) and Arif Prianto (Deathstroke.)

“RWBY is the kind of story I wish passionately that I had had growing up — magic, mayhem, monsters, and friendship between girls who grapple with real struggles and grow together to become stronger, brighter, kinder, and better. It’s a joy to work on this project, a joy to be part of this mythology — I’ve fallen deliriously in love with the whole mad world and all the mysteries in it. I am so delighted to explore with Ruby, Weiss, Blake, and Yang — and with all of you,” stated writer Marguerite Bennett.

“I had heard good things about the RWBY anime series, and the character designs seemed very cool to me. When DC reached out to ask if I was interested in working on a comic book based on the series, I immediately accepted, and started immersing myself in the RWBY universe,” stated artist Mirka Andolfo. “The work I’ve done for RWBY has been some of the most enjoyable art I’ve ever created– the style fits me perfectly. I’m also so excited to be paired again with my DC Bombshells partner, Marguerite Bennet!”

“Giant mechas, heartfelt drama, and a whole new theater of war – we’re deeply excited to be telling the next chapter of the gen:LOCK universe. Huge thanks to everyone at Rooster Teeth & DC for recruiting us into this grand experiment – we promise to turn the screws on Chase, Cammie, Kazu, Val, and Yaz as they face an uncertain future and a devastating new threat,” stated writers Collin Kelly and Jackson Lanzing.

An avid superhero fan ever since I first watched Batman '66 and Wonder Woman as a kid, I grew up taking in as much superhero media I could, developing a special love for characters like Black Canary, Flamebird, Supergirl, the Wasp, Mockingbird, and Emma Frost, to name a few. I've been reading comics since I was nine, and when I'm not reading them, or watching television shows or movies based off of them, I'm usually found discussing them on my Twitter account, @LicenceToMock.