THE ONE TRUE KING RETURNS! And he’s here to exterminate the witchbreed! King Arthur and his army turn Otherworld into a battlefield-again. Backed into a corner, Betsy Braddock makes a desperate choice that will reshape the realm-and mutantkind-forever. The fate of the Starlight Citadel is at stake, and if the Citadel falls…so falls all reality. 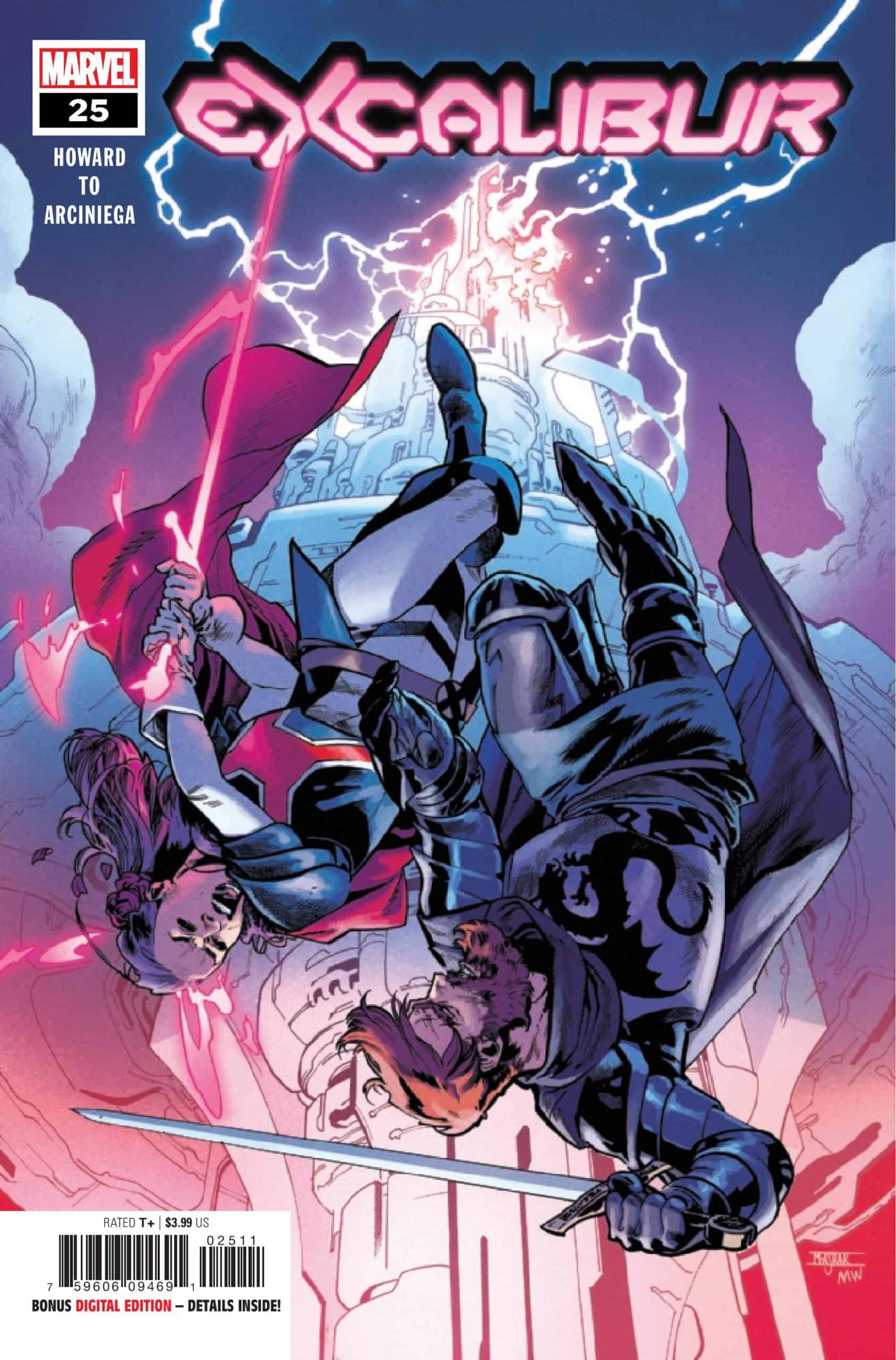 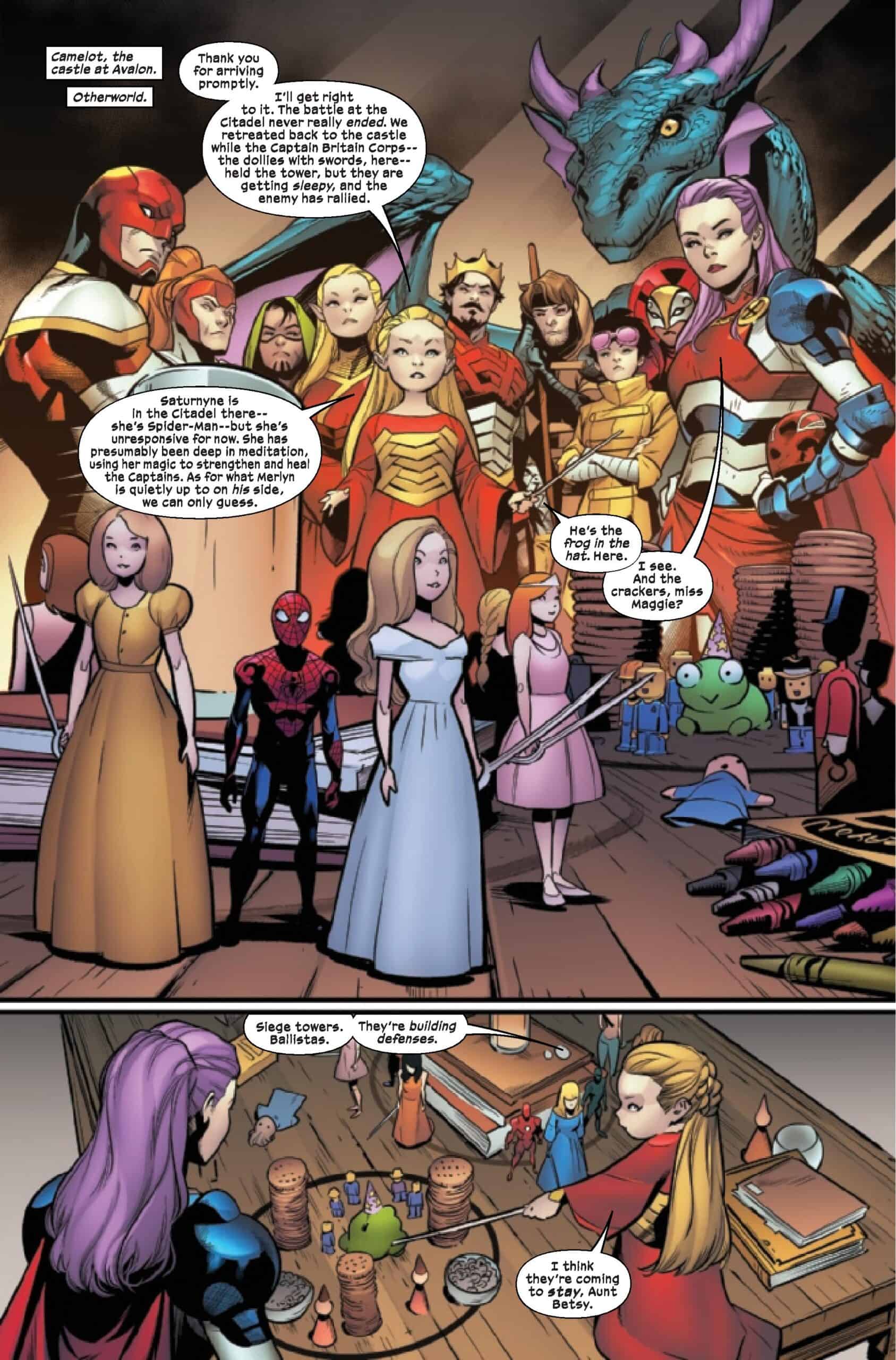 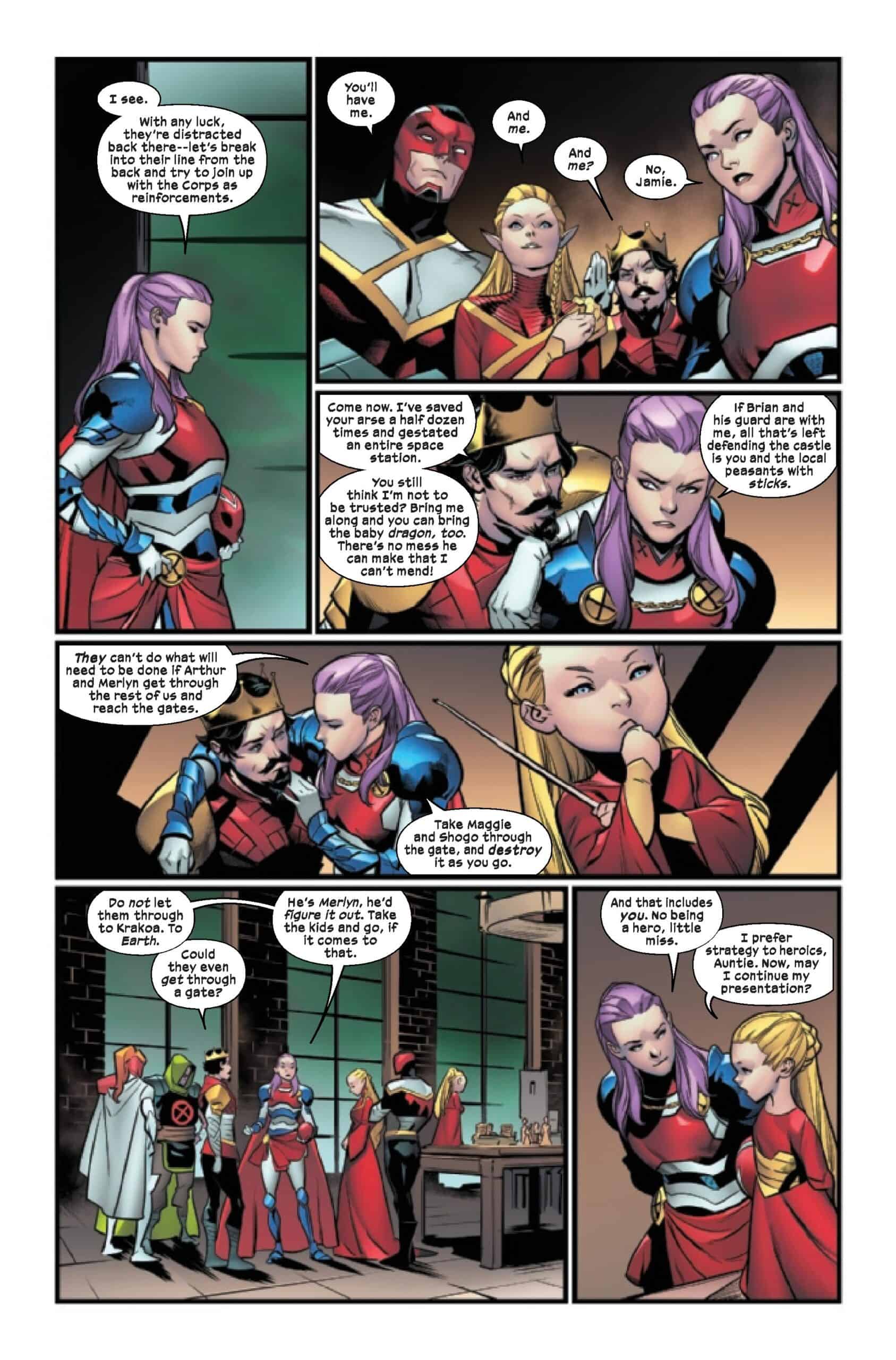 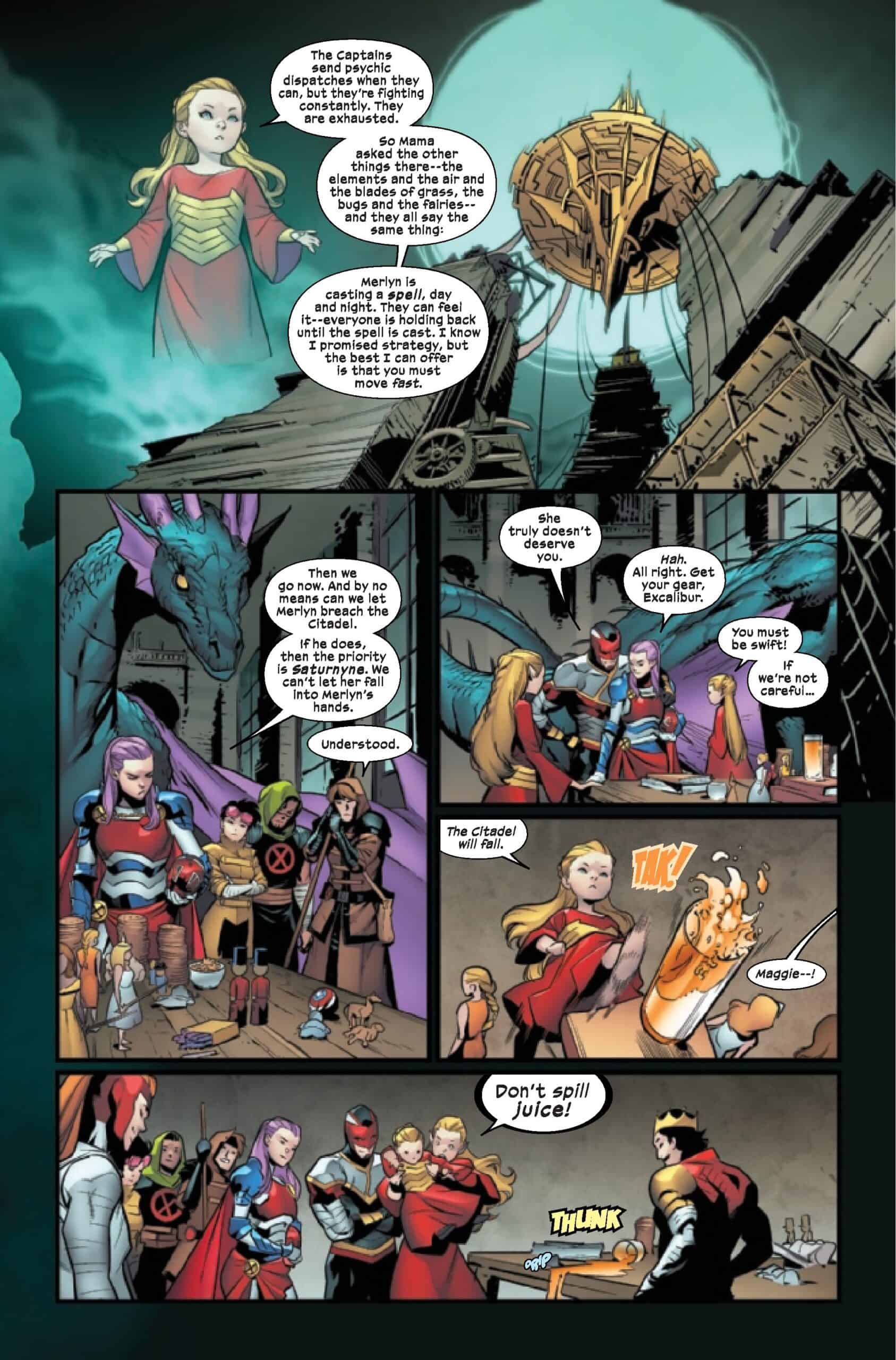 RAMPAGE! Feelings are hard. ORPHAN-MAKER doesn’t like feeling that he’s not NANNY’s little boy anymore…and what more sensible, mature action is there to take than to storm the fortress of their enemies THE RIGHT in a bid to get back in her good graces? Before the day is through, there will be some dire consequences… 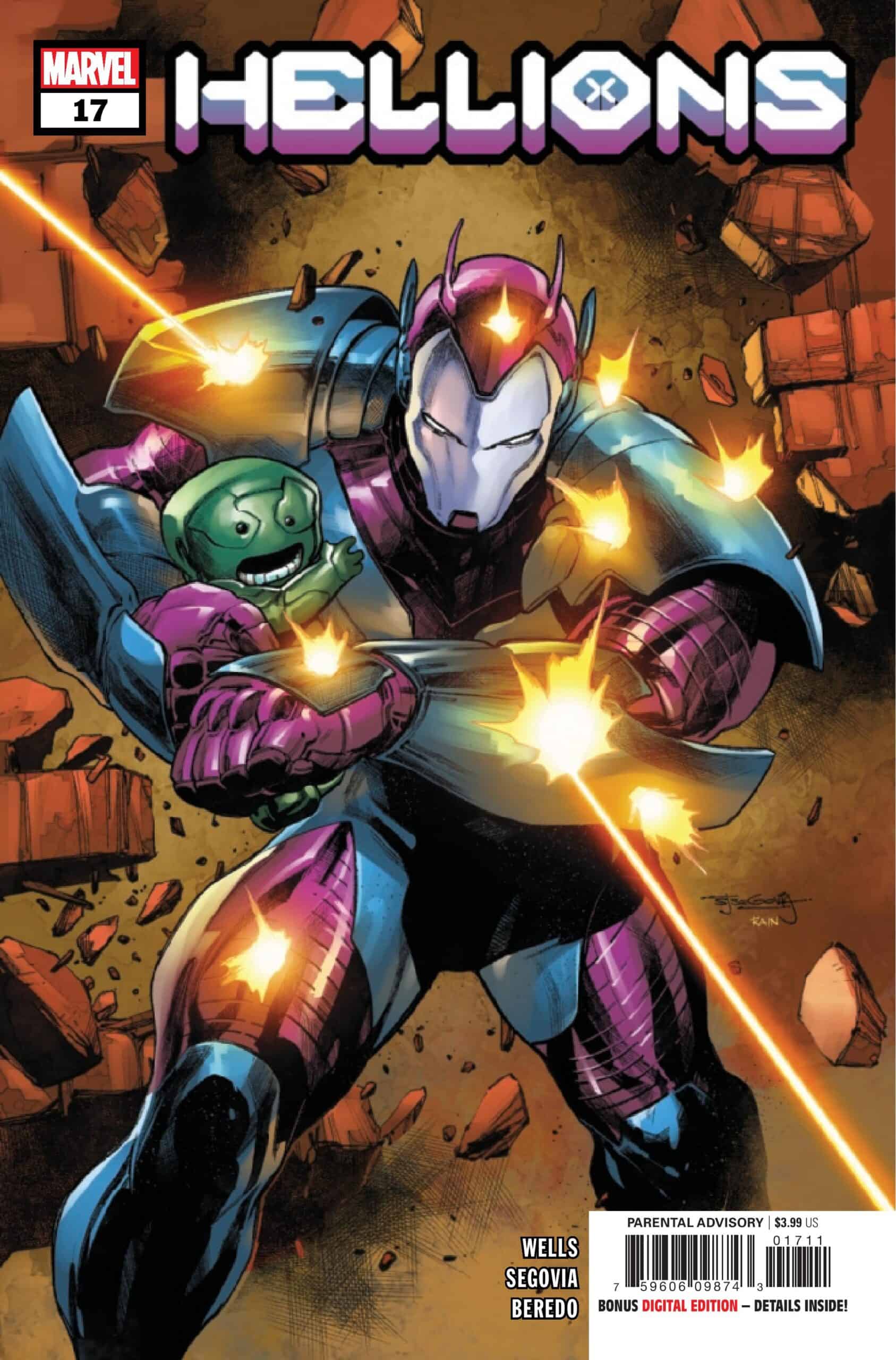 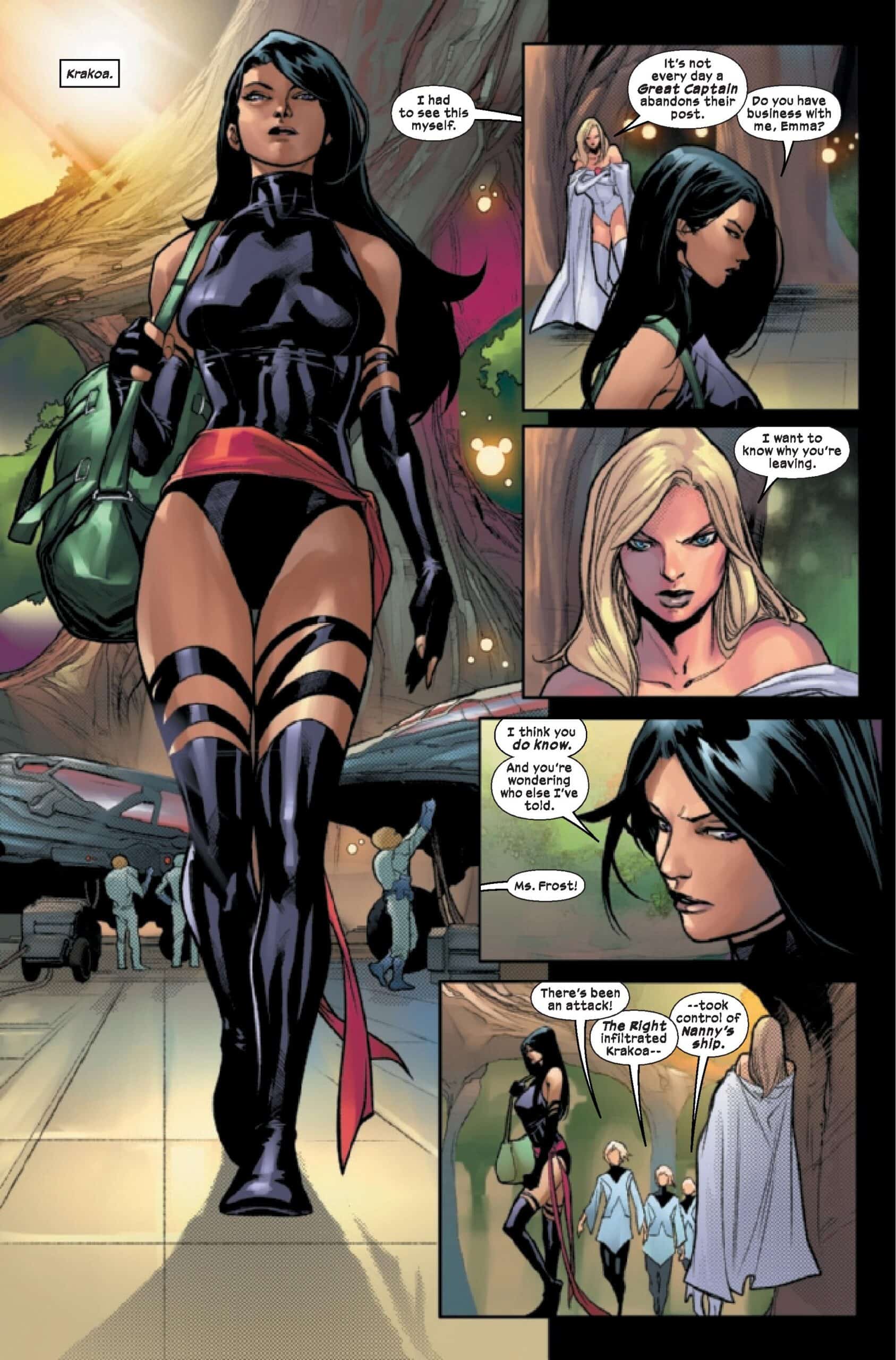 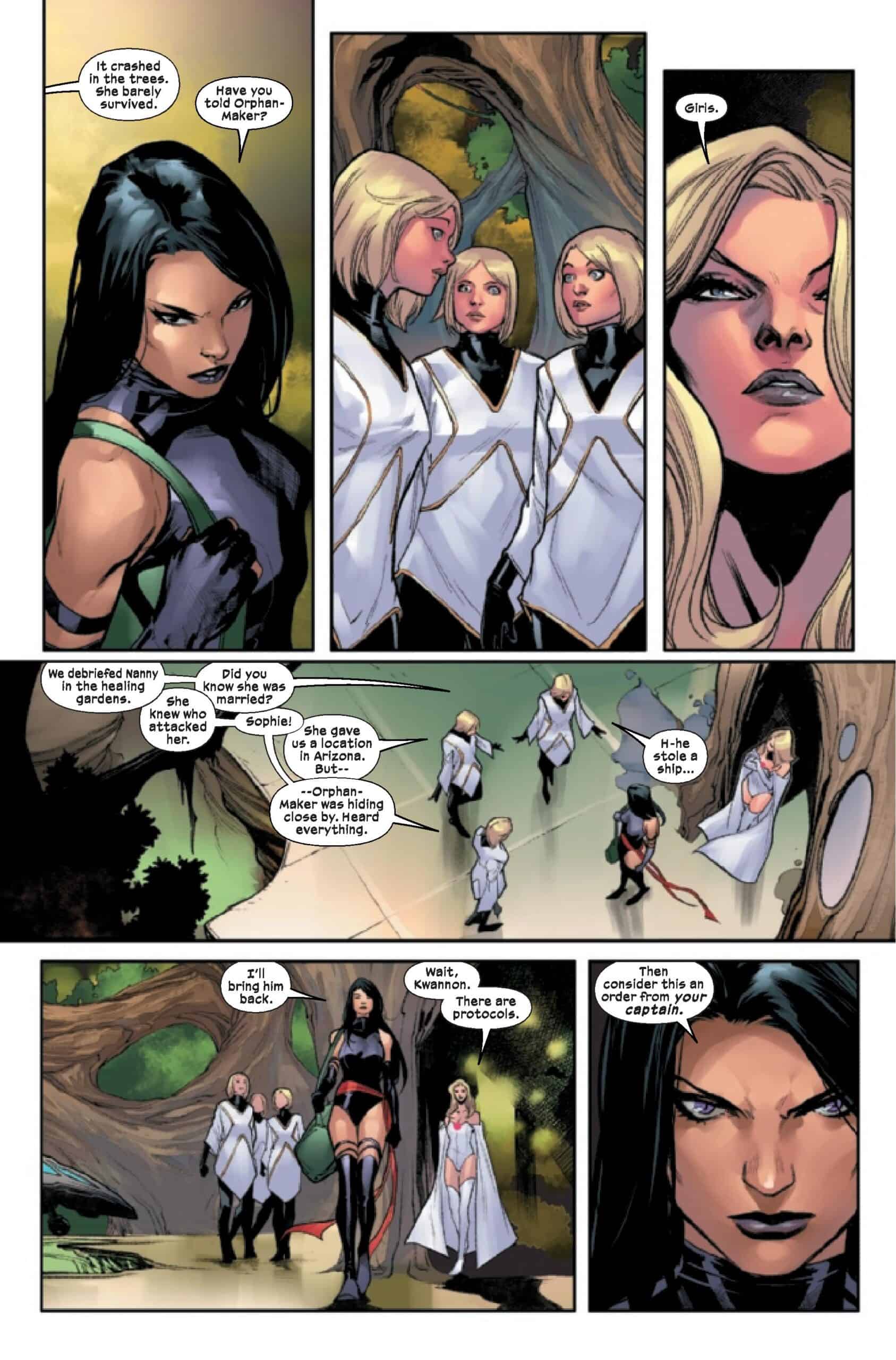 Both these titles are on sale Wednesday 10 November 2021!

We also have a first look at DEATH OF DR STRANGE: X-MEN/BLACK KNIGHT #1 which will hit shelves on January 19, 2022. Check out the art pages and Cory Smith’s main cover below:

All manner of vile extradimensional foes invade Earth following the collapse of Doctor Strange’s magical safeguards for the planet. Dane Whitman, A.K.A. the BLACK KNIGHT, receives a terrible vision from the EBON SIEGE while Jacks, now sharing the burden of the EBONY BLADE with her father, rides off to confront a terrible evil attacking London – the X-MEN?! Krakoa’s greatest heroes have been transformed – but by what?! Jacks, Dane and Faiza Hussain – wielder of the mighty sword EXCALIBUR – must team up to save the X-Men before an even deadlier threat destroys them all! 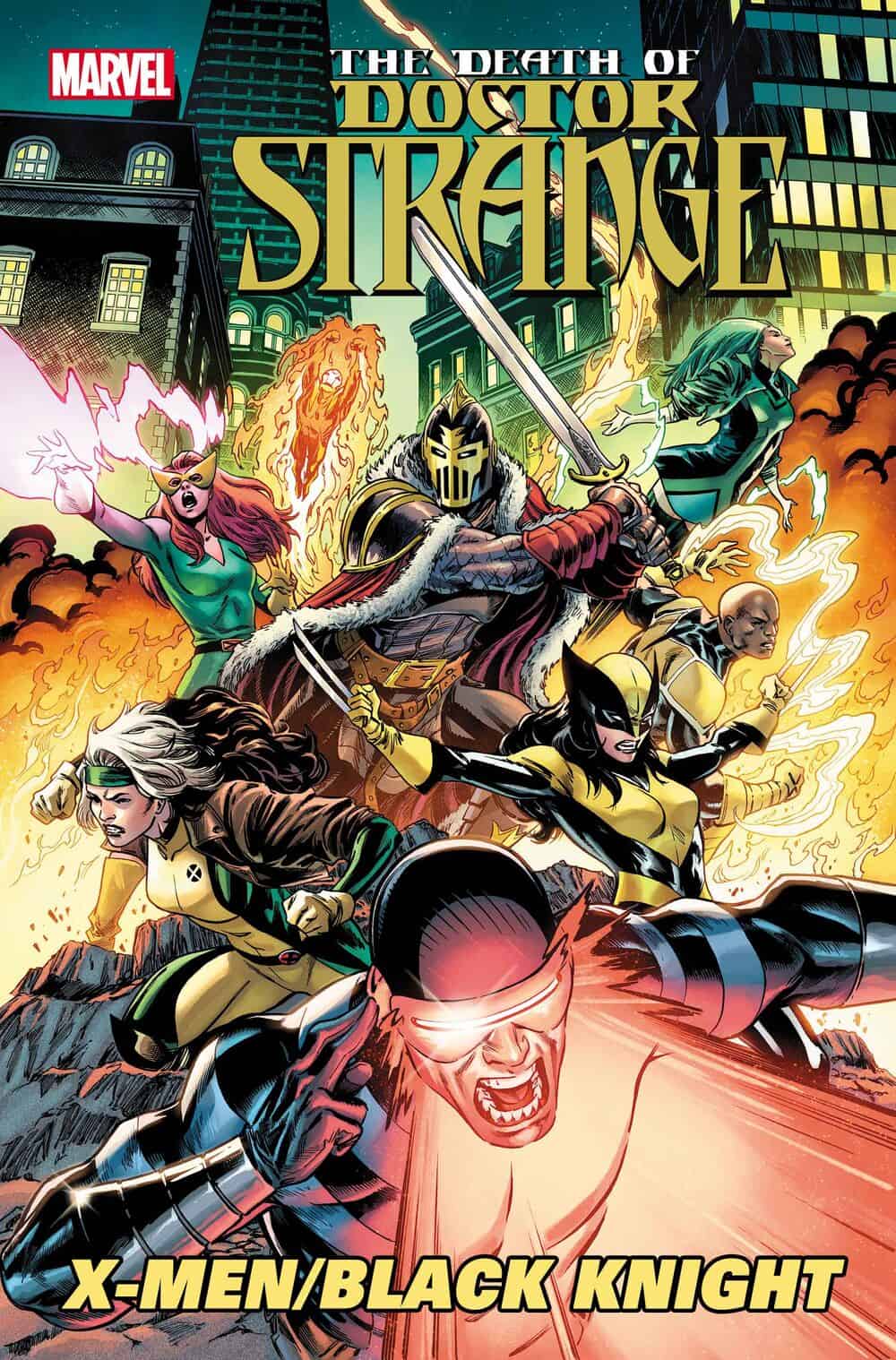 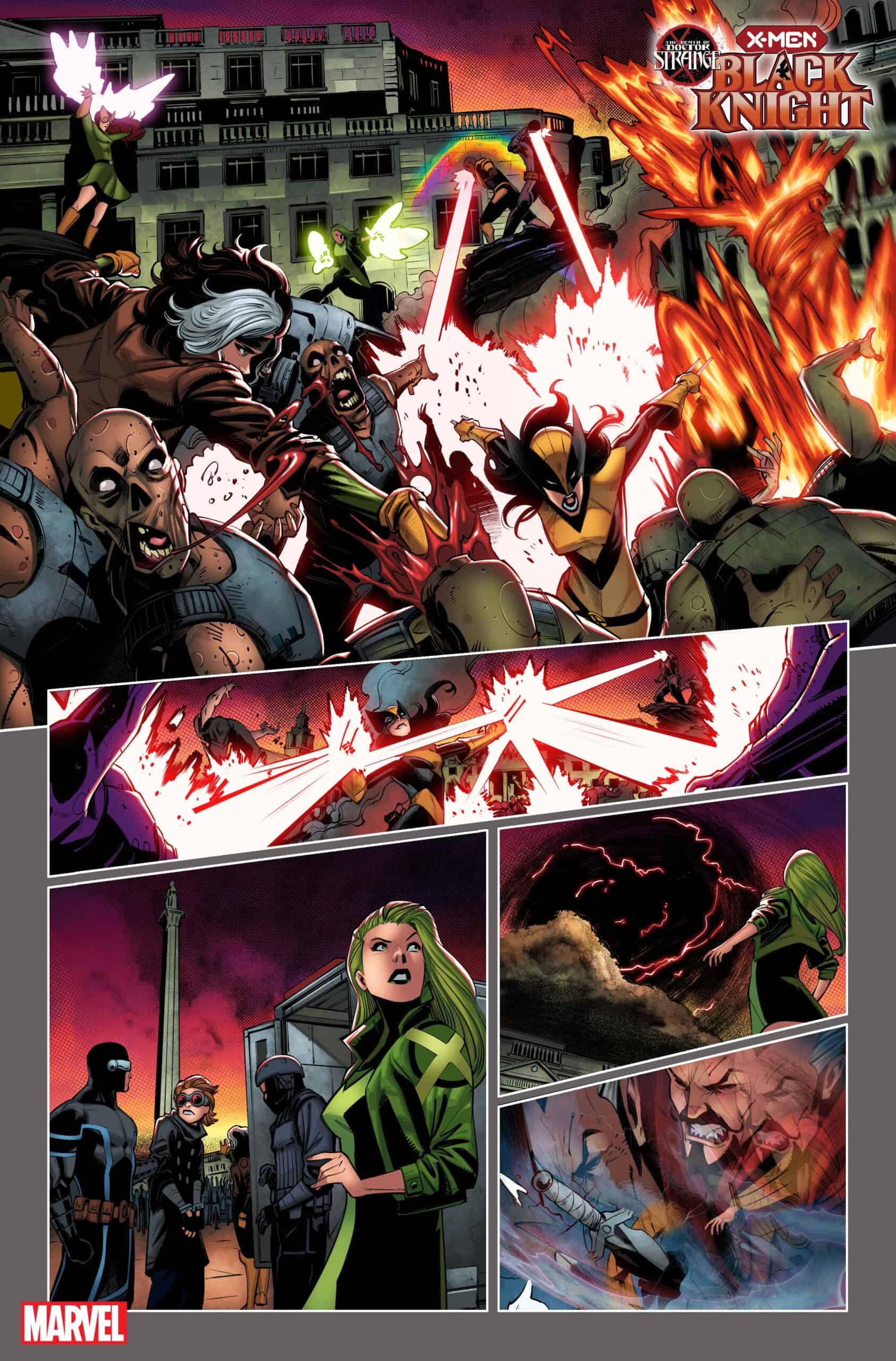 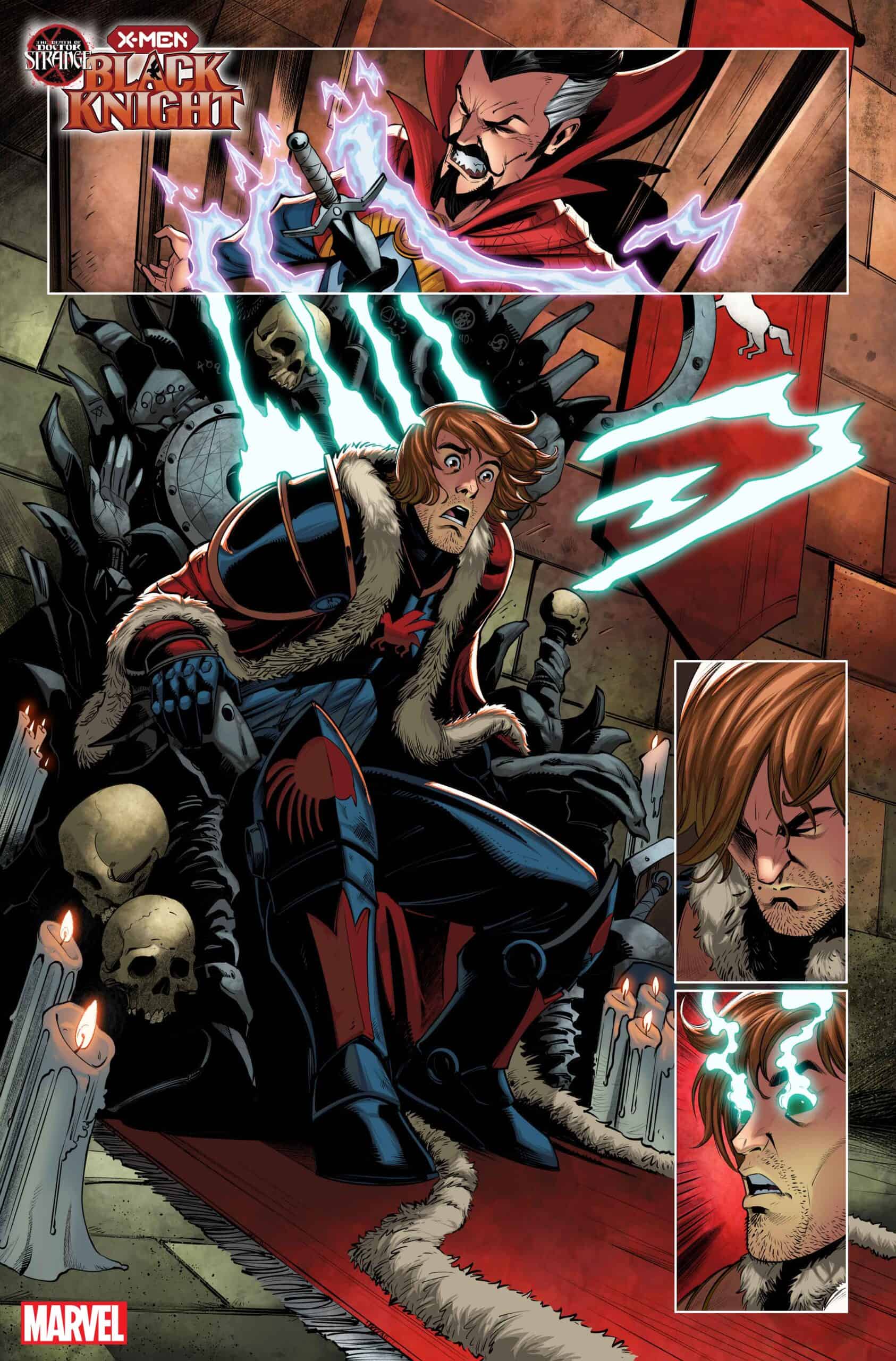 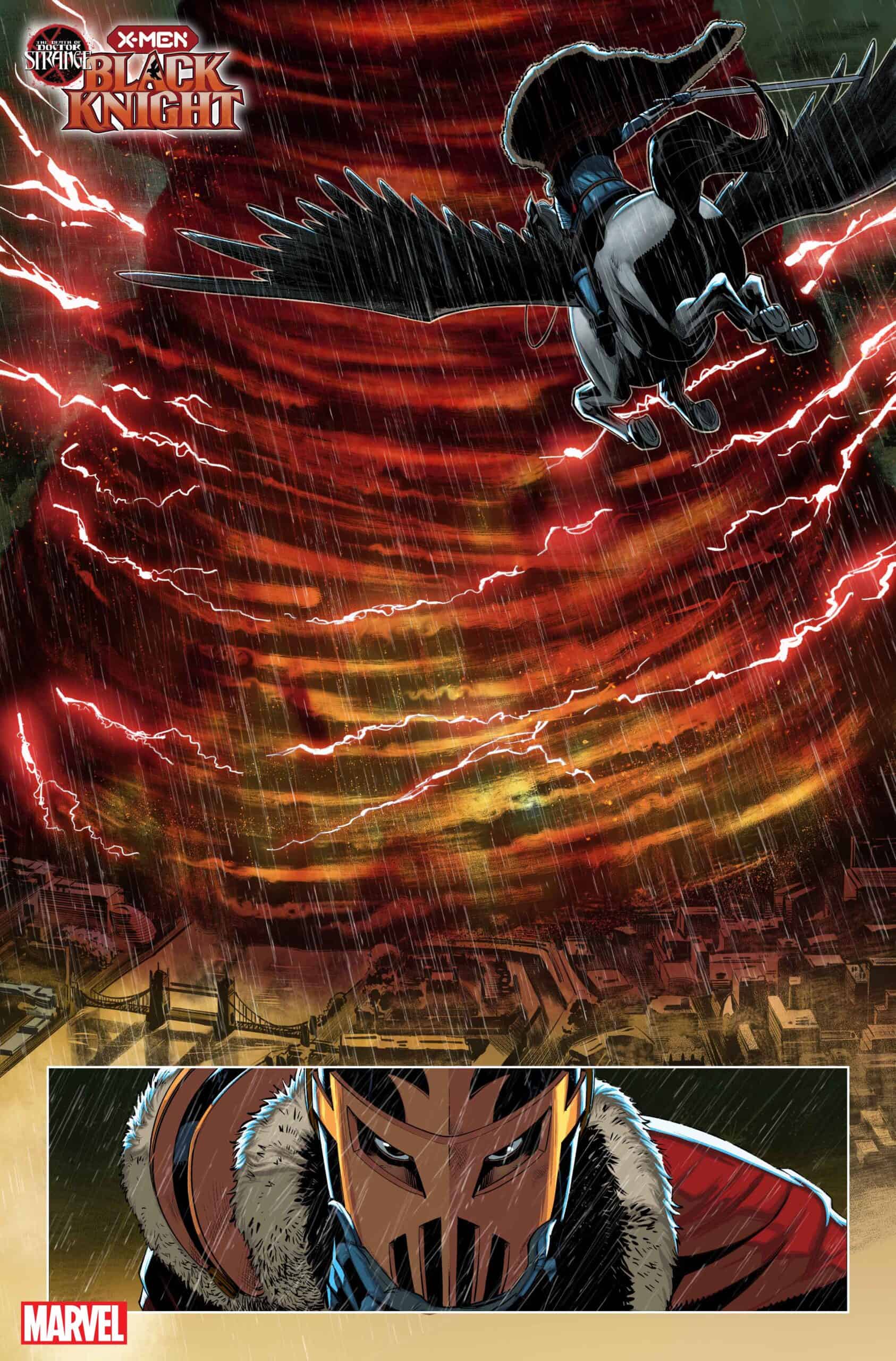 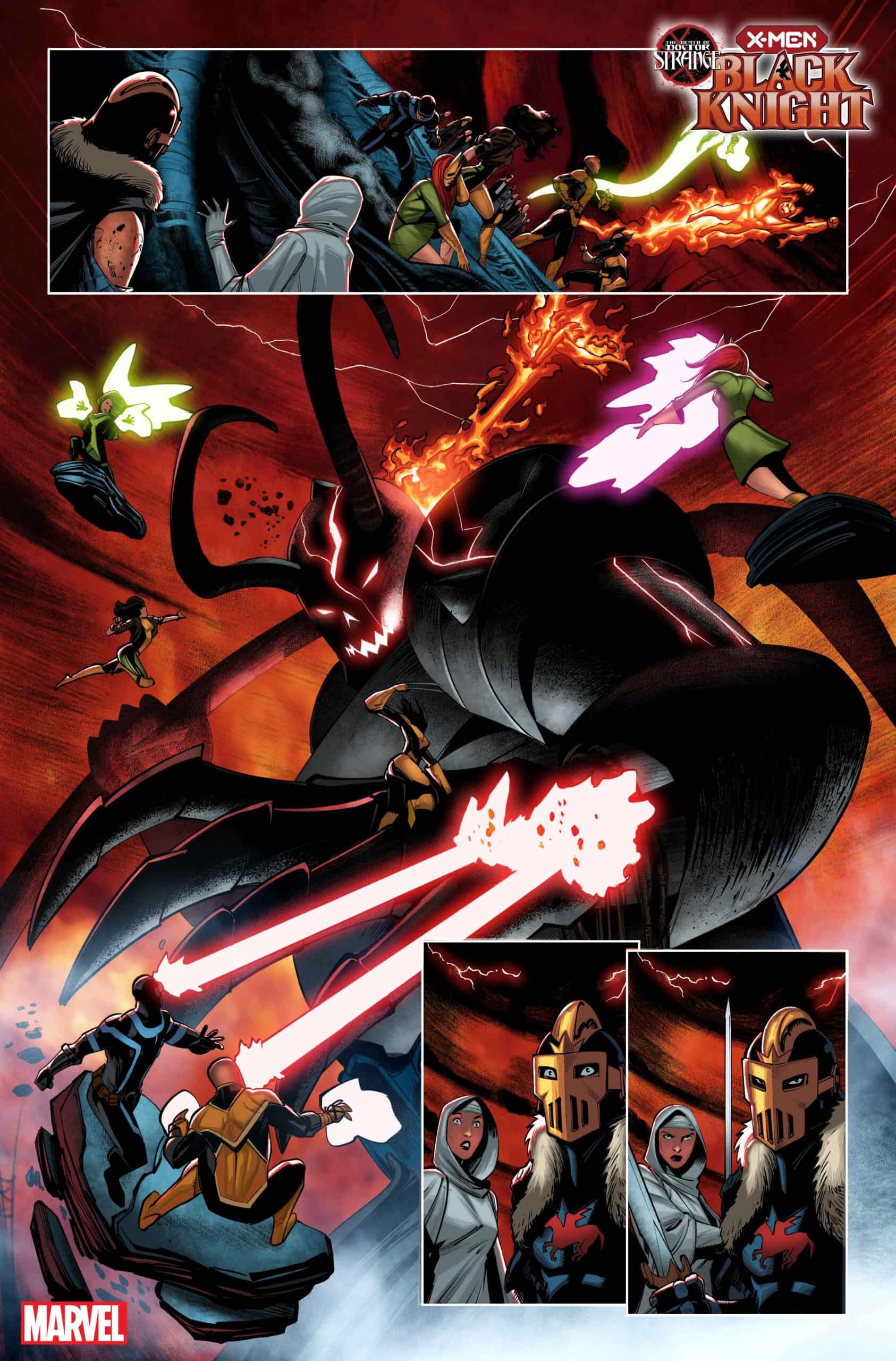