In Case You Missed It: The Quest of Ewilan gets a gorgeous adaption! Image and Top Cow Present Aphrodite V! Shannon Wheeler reveals the MEMOIRS OF A VERY STABLE GENIUS! IDW’s Sonic the Hedgehog and Scout’s Stabbity Bunny Sell Out! WIN a Trip to San Diego Comic Con! and Lion Forge continues to make a difference!

News from the World of Indie Comics you might have missed this week!

The Bestselling Pierre Bottero Novels THE QUEST OF EWILAN are being adapted to Gorgeous Graphic Novels, Providing First Visuals of the World of Gwendalavir Before Feature Film

IDW EuroComics proudly presents the English-language debut of The Quest of Ewilan, Vol. 1: From One World to Another, the first chapter in the sequential adaption of Pierre Bottero’s bestselling novel series and a whimsical adventure featuring strong female characters, in the tradition of Lewis’ Narnia and L’Engle’s Time Quartet. Scripted by Lylian and illustrated by Laurence Baldetti, The Quest of Ewilan, Vol. 1 will be available in stores in September.

In the near future, Los Angeles is a city on the brink of evolution, struggling with a new wave of terror fueled by black-market technology. Enter Aphrodite V: a fugitive from her masters, seeking individuality and purpose. She is the bleeding edge of biomechanics and L.A.’s best hope against a new enemy—one that seeks to become a god among machines.

“This is a great way for people unfamiliar with this side of the Top Cow universe to jump into a story about the intersection of technology, humanity, and justice,” said Hill.

One machine wants to destroy the city. Another has come to save it. Only one will survive.
APHRODITE V #1 hits comic book shops Wednesday, July 18th.

New Yorker cartoonist and multiple Eisner Award-winner Shannon Wheeler (Too Much Coffee Man, Sh*t My President Says, God is Disappointed in You) debuts MEMOIRS OF A VERY STABLE GENIUS this July from Image/Shadowline Comics. 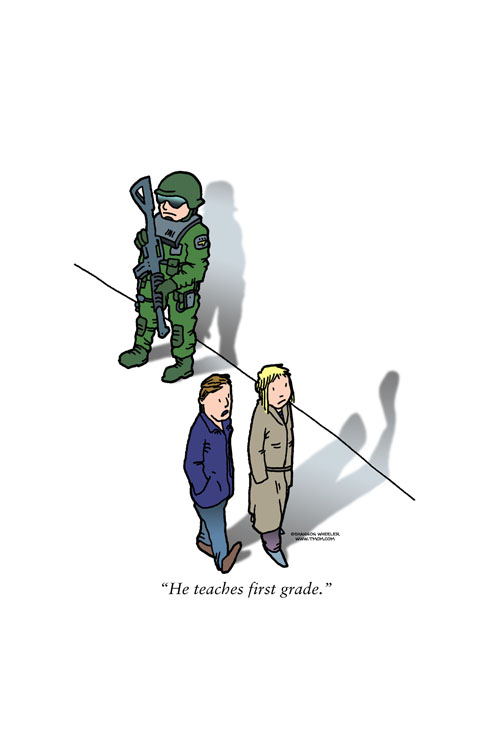 “Books are like children. It’s with pride I send this one out into the world to fend for itself, have its heart broken, take a job that will slowly erode all self-respect,” said Wheeler. “That said, this is the best book I’ve ever done.” 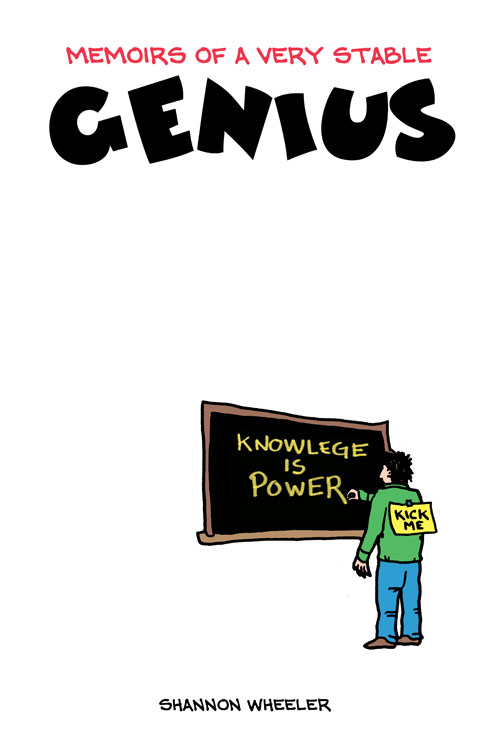 SONIC THE HEDGEHOG COMIC BOOKS CONTINUE TO SELL OUT

The heat on Sonic the Hedgehog marks a huge success for IDW Publishing, who is launching their first-ever Sonic series with weekly releases throughout the month of April. Each of the first four issues of Sonic the Hedgehog — written by longtime Sonic scribe Ian Flynn and illustrated by rotating artists Tracy Yardley, Adam Bryce Thomas, Jennifer Hernandez, and Evan Stanley — focuses on a different guest star (Tails in issue #1, Amy Rose in #2, and Knuckles in #3, leading into the debut of the hotly anticipated new character Tangle in issue #4).

STABBITY BUNNY #3 FROM SCOUT COMICS GOES BACK FOR SECOND PRINTING!

SCOUT COMICS AND ENTERTAINMENT announces that Scout’s break-out hit for 2018, STABBIY BUNNY by Richard Rivera and Dwayne Biddix, has continued its trend of selling out and issue #3 has gone back to a second printing.

STABBITY BUNNY could take place at the intersection of Sesame Street and Nightmare on Elm Street, where a 100-year-old plush bunny and seven-year-old Grace must combat evil in all its forms. Horror and mystery combine in this captivating series. Stabbity Bunny is published monthly by Scout Comics. Please visit us at ?www.ScoutComics.com!

Traveling Stories and IDW are proud to launch the annual San Diego Comic-Con® sweepstakes, a contest which will last through June 13th at 3:00pm PT.

Those who enter have a chance of winning the following ultimate experience package:
? Two 4-day passes to sold-out Comic-Con®
? Airfare for 2 within the continental U.S.
? Four nights stay at the Wyndham Bayside in San Diego Gaslamp district
? An exclusive tour of the San Diego Comic Art Gallery with Ted Adams, CEO of IDW
? Airport pickup and shuttle to the gallery, and then to the hotel

Anyone in the world can enter! $10 gives you 10 chances to win. Each additional $1 is another chance – the math is simple. Every dollar is a donation to Traveling Stories, a 501c3 nonprofit organization that empowers kid to outsmart poverty by helping them fall in love with reading by the 4th grade.

“I’ve always been an avid reader, even when I was little. I’m excited that through this sweepstakes we’re able to raise the funds needed to give kids in underprivileged areas the same literary experience I was lucky enough to have,” said Ted Adams, Founder & CEO of IDW Publishing.

How to snag entries in the sweepstakes is easy, fast, and secure via: bit.ly/comic-con-sweeps. Just follow the steps from there!

“Anyone who does not have tickets to San Diego Comic-Con® would be crazy to not enter this sweepstakes! It’s a full and complete package including a cool tour of the Comic Art Gallery with me,” said Emily Moberly, Founder, and CEO of Traveling Stories.

To learn more about Traveling Stories and its programs, please visit travelingstories.org.

LION FORGE JOINS THE CBLDF AS A CORPORATE MEMBER

Lion Forge is proud to join the Comic Book Legal Defense Fund as the organization’s newest Corporate Member! Lion Forge is a trans-media studio with a focus on comics publishing across all age groups. A company committed to “Comics for Everyone,” Lion Forge strives to publish titles that reflect the diversity of our world in the characters, the creators, and the Lion Forge team, creating content that is just as original.

Lion Forge founder and CEO, David Steward II says, “We truly believe we are bringing the brightest and most diverse talent in the industry into the conversation, while creating the most awesome new comics and graphic novels that we — as fans — want to see in the world.”

CBLDF provides legal and educational resources to protect the freedom to read comics. The organization is a partner in Banned Books Week, the Kids’ Right to Read Project, Free Comic Book Day, and other national institutions that support intellectual freedom and literacy. CBLDF’s work extends from courtrooms to classrooms to conventions, where CBLDF defends the freedom to read by providing legal aid, letters of support in book challenges, challenges to unconstitutional legislation, and a robust schedule of programs about current and historical censorship to audiences all over the world.

Until the next installment of ICYMI,
WE’LL BE WATCHING!

Ross Hutchinson was a contributing editor to ICYMI this week. Thanks, Ross!