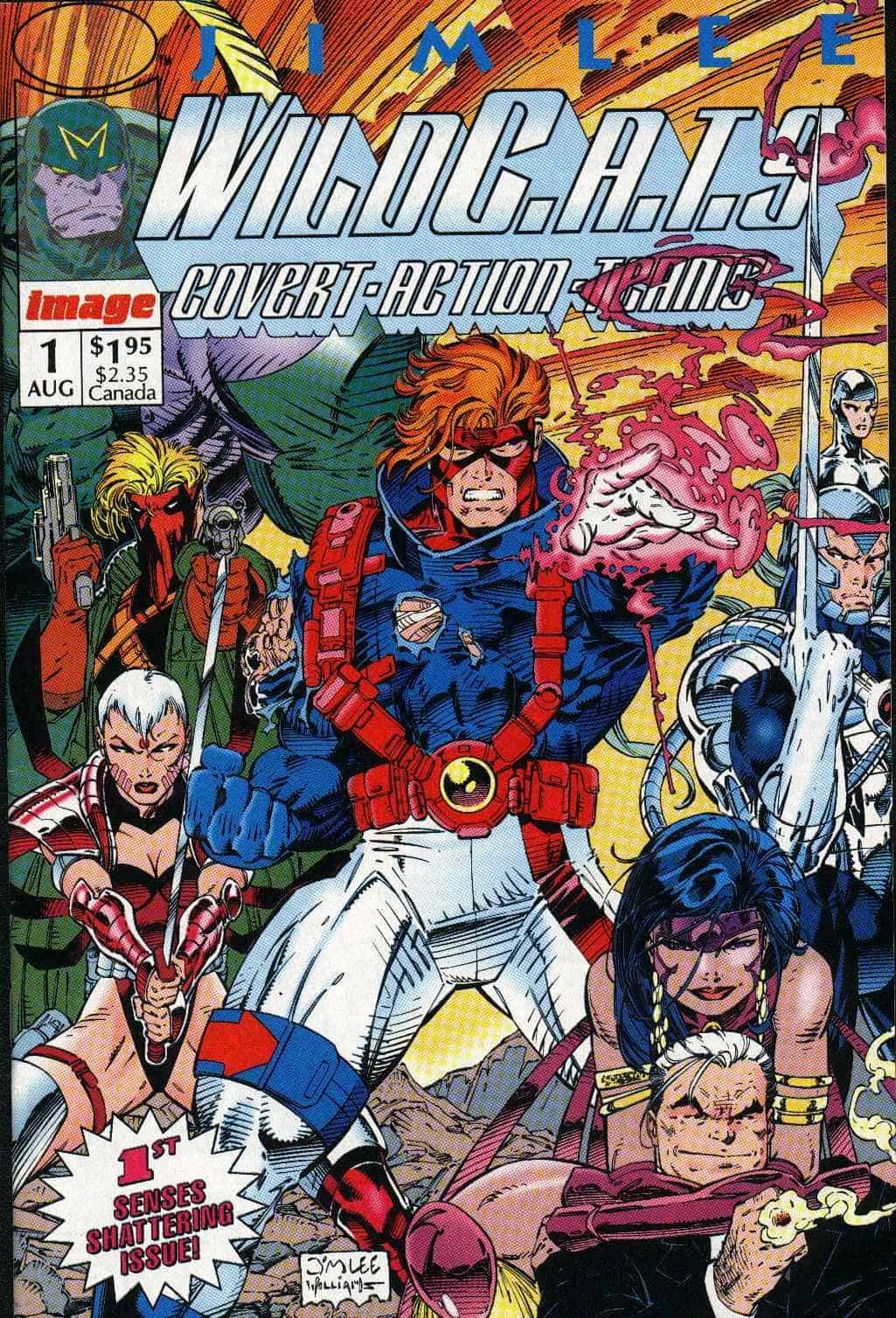 The year was 1991 and I was ten years old. I’d been reading comics for a few years at this point, from Batman and Superman to, of course, Uncanny X-Men. Jim Lee had been handling pencils on Uncanny and was now launching the much anticipated adjectiveless X-Men with Claremont, promising a bold new era for our favorite mutants. We were still a year away from the animated series when X-Men dropped FIVE different covers on it’s thirsty fanbase, selling ungodly amounts of copies that would certainly be how we would all fund our children going to college one day. So in 1992, when the Marvel artist elite revolted and formed Image Comics, it was hard to wrap my young mind around. Jim Lee was on top of the world, it seemed! Leaving the world of X-Men to do anything else seemed ludicrous to me! But there was also an aura of mystique around the choice. Whatever it was he was leaving to do has to be something special, right?

And in August 1992, WildC.A.T.s #1 hit the spinner racks. Written by Brandon Choi, the WildC.A.T.s were a covert team assembled by Jacob Marlowe aka Lord Emp, a Kherubim warlord set on ending the centuries long war between the Kherubim and their alien enemies, the Daemonites. In that first arc, the original team would find themselves dealing with a Daemonite warlord named Helspont who had taken over for then-Vice President of the United States, Dan Quayle. Talk about getting off to a running start! The series would go through many changes over the years, particularly when Alan Moore took over near the end of year two and introduced a whole new team, but it was that early WildC.A.T.s team that still resonates with many readers as such an innovated, and quite simply, fun and exciting that concept that still persists today.

As action-oriented as the series was, it was dominantly character driven, similar to X-Men in that regard but distinctly different. WildC.A.T.s were their own property and it was an attractive property at that. Within two years, there were action figures and even a cartoon series to rival the popularity of the still-dominant X-Men. The original team was quite eclectic but most importantly, they were cool. Spartan was a Kherubim android and somewhat of a de facto field leader that could easily transplant his consciousness into a new body, making him essentially immortal and always capable of making the difficult decisions in the field. Then there was Grifter, the early fan-favorite. A former government operative, Cole Cash managed to wear a dish cloth over his face and make it look dope. It didn’t make any sense but there it was! Maybe part of the appeal was his former relationship with teammate Zealot, a Kherubim warrior of the Coda Sisterhood, something of an Amazon-type sect of brutal female warriors. The first arc brought Voodoo into the fold and given the basic premise of the series, it’s no surprise that she would quickly become one of the more intriguing characters. Voodoo was a human/Kherubim/Daemonite hybrid, capable of telepathy and seeing when Daemonites had possessed people making her an exception tool for the fight against Daemonites but also an exceptional vehicle for exploring the moral quandaries of war in general. Oh, and she was an exotic dancer for reasons. The team is rounded out by the liquid metal weapon generating Warblade (a Kherubim/human hybrid), Void, a prognostic and teleporter, and Maul, a scientist who could control his mass with a correlation to his intelligence. That original team would mostly go on to feature in solo titles, mini-series, and even recombine over the decades since, and while later introduced characters such as Mister Majestic (a Kherubian Superman analog), Savant (the unknowing daughter of Majestic and Zealot) and Max Cash (Cole’s younger brother) would also prove to be popular, this original team maintains many fan-favorites to this day, as evidenced by Zealot and Grifter currently showing up in the DC Universe proper. 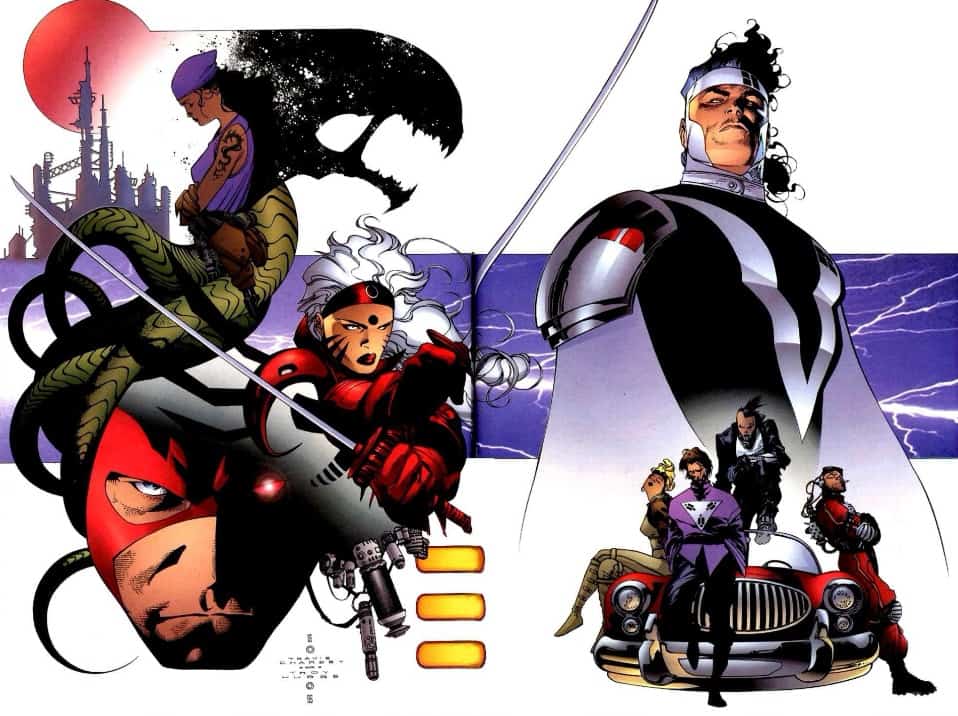 While the initial founding of Image Comics was exceptionally artist driven, given that the founders were all artists themselves, one of the calling cards of WildC.A.T.s over the years was the attraction of high profile writers. Aside from the reunion of Chris Claremont and Jim Lee, the writing alumni of WildC.A.T.s over the years include the aforementioned Alan Moore, Barbara Kesel, Scott Lobdell, Joe Casey, James Robinson, Christos Gage, and Adam Beechen among others. When looking for proof of concept, the fact that so many high profile writers, many who were in the midst of their primes at the time, were drawn to the property to take a swing at these characters is something worth noting. There was, unfortunately, the later failed attempt at a resurrection by Grant Morrison and Jim Lee which could have promised to be the greatest WildC.A.T.s series of all, but after one issue and a myriad of issues, the project was abandoned.

The legacy of WildC.A.T.s has been one of persistence. In the Wildstorm Universe, which features such properties as Gen13, StormWatch, WetWorks, Deathblow, Team 7, and post-DC buyout in 1998, The Authority and Planetary, WildC.A.T.s continues to be the tentpole around which all else is supported. After initial attempts to integrate the WildStorm Universe with the DC Universe in 2011 (with the New 52 initiative), WildStorm has sputtered and stopped several times but the obvious value of these characters and the rabid fanbase behind them sees them attempted over and over again and just maybe, soon, they’ll get it right and we’ll see WildStorm rise once against to the prominence of its early heyday, and that will always start with the WildC.A.T.s. 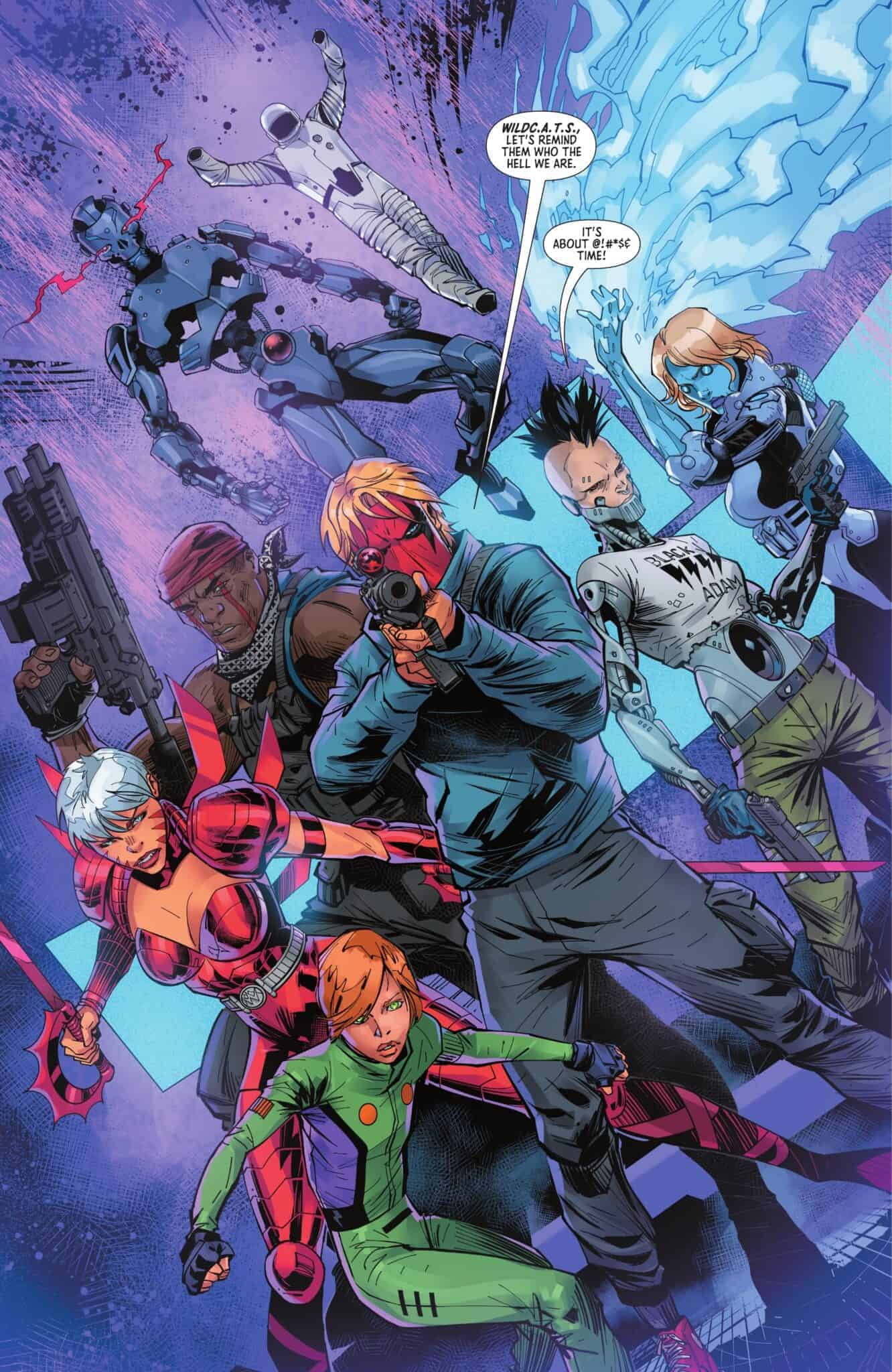 The WildStorm legacy is, arguably, the strongest of the various Image founders’ imprints. Jim Lee’s corner of the fledgling Image universe was easily the most popular, with the most variety of titles, and an internal consistency that helped it stand out. These weren’t just superheroes, per se – they were black ops specialists, soldiers of fortune, mercenaries, and CIA operatives who just happened to be packaged in a superhero-adjacent wrapping. Lee clearly had a vision for what he wanted WildStorm to look like, and the ‘C.A.T.s were the poster child for that. Even though Image itself was floundering a bit by the late ’90s – more on that later – DC saw the inherent value in the WildStorm universe and concepts enough to snatch the company up, and Jim Lee along with it. DC hasn’t been the same since. If any creator’s extended vision was proof of the potential in those early Image years, it was Jim Lee’s. Far more than just a legendary artist, it isn’t a stretch to say that his vision for what comics should look and feel like rewrote the visual language of superheroes ever since.

Tune in next week for Image30 Chapter 5: SHADOWHAWK!