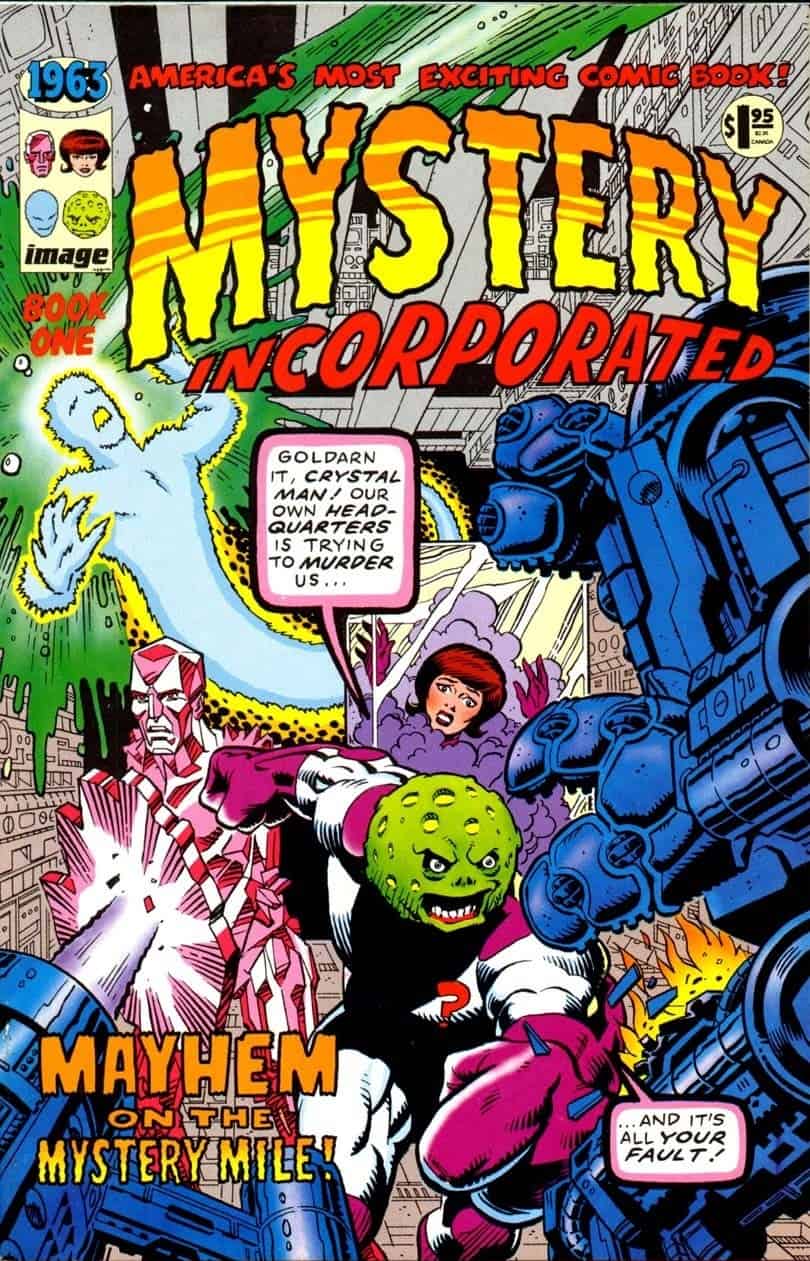 In 1993, with many properties firmly entrenched in the national consciousness, Image took a huge swing and brought in Alan Moore to write a Silver Age homage to Marvel Comics with the limited series 1963. Looking back on my own history with Image Comics (I was 12 years old in 1993), this move was not the earth-shattering moment I think it would seem later. I was aware of Alan Moore (as were likely so many other similarly-aged fans), thanks primarily to Wizard Magazine, but my exposure to his work was quite low. I had a reprint of The Killing Joke and a few scattered Saga of the Swamp Thing issues but I had yet to get my hands on The Watchmen and it would be more than a decade yet before I had the opportunity to read Marvelman. I remember buying 1963 #1, which featured the introduction of Mystery Incorporated, a Fantastic Four homage, but I can’t say for certain that I finished reading it. 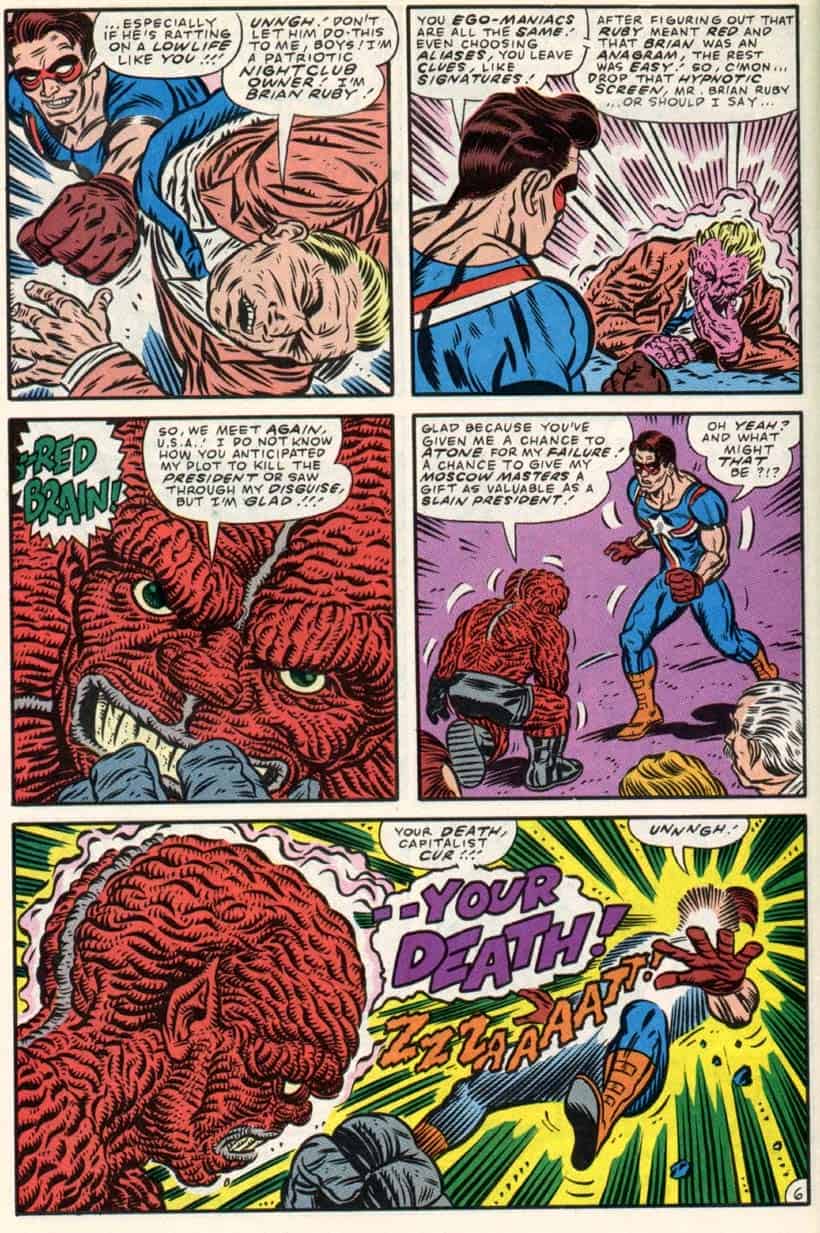 It’s worth noting, for historical context, exactly what a big deal Alan Moore was at that point in his career. Watchmen and The Killing Joke had made him the critical toast of comicdom; the latter of which caused such a furor that the writer famously quit attending comic cons and hasn’t attended one since. As the lead figure in the early ’80s British Invasion of comic writers, Moore had brought a literary sensibility to his work that produced works that shattered the mold at the time of publication and are still regarded as some of the finest comics ever produced then and now: Marvelman, V for Vendetta, Saga of the Swamp Thing, Watchmen, Killing Joke, From Hell (the latter not quite completed by the time of 1963‘s publication) comprise a list of must-read comics for anyone remotely interested by sequential storytelling. And, just at the height of his fame, he walked away from DC and swiftly retreated from anything resembling mainstream superhero comics.

Moore had, months prior to 1963, written Spawn #8 for Todd McFarlane as part of a string of guest-written issues of that title orchestrated to flex Image’s muscle a bit. But this was different. This was Alan-fricking-Moore writing a whole new series. It was a license to print money. What could possibly go wrong?

Each issue of the series focuses on introducing a new homage to that initial wave of 1963 Marvel greatness. Sky Solo: Lady of L.A.S.E.R., The Fury (a legacy Spider-Man character), Johnny Beyond, the even hippier Dr. Strange… everybody was there except the X-Men, curiously. For six issues, Moore mimicked the writing style of Stan Lee while Rick Veitch and Steve Bissette provided spot-on 1960s style pencils and layouts. These were truly Silver Age books in 1993 and went so far as to include parodies of the old Marvel Bullpens and letters pages. The initial intent was that, after these six issues introduced all the homage characters, there would be an 80 page annual, written by Moore and drawn by founding Image member Jim Lee, in which the homage characters make their way to 1993 and meet the new Image Universe. Famously, that annual was never completed due a vast number of circumstances. Lee took a hiatus from drawing, Moore and Bissette had a falling out, Moore and Lee had issues, and eventually parts of that Image Universe migrated to other publishers. It was an unfinished project that, in being unfinished, became superfluous. 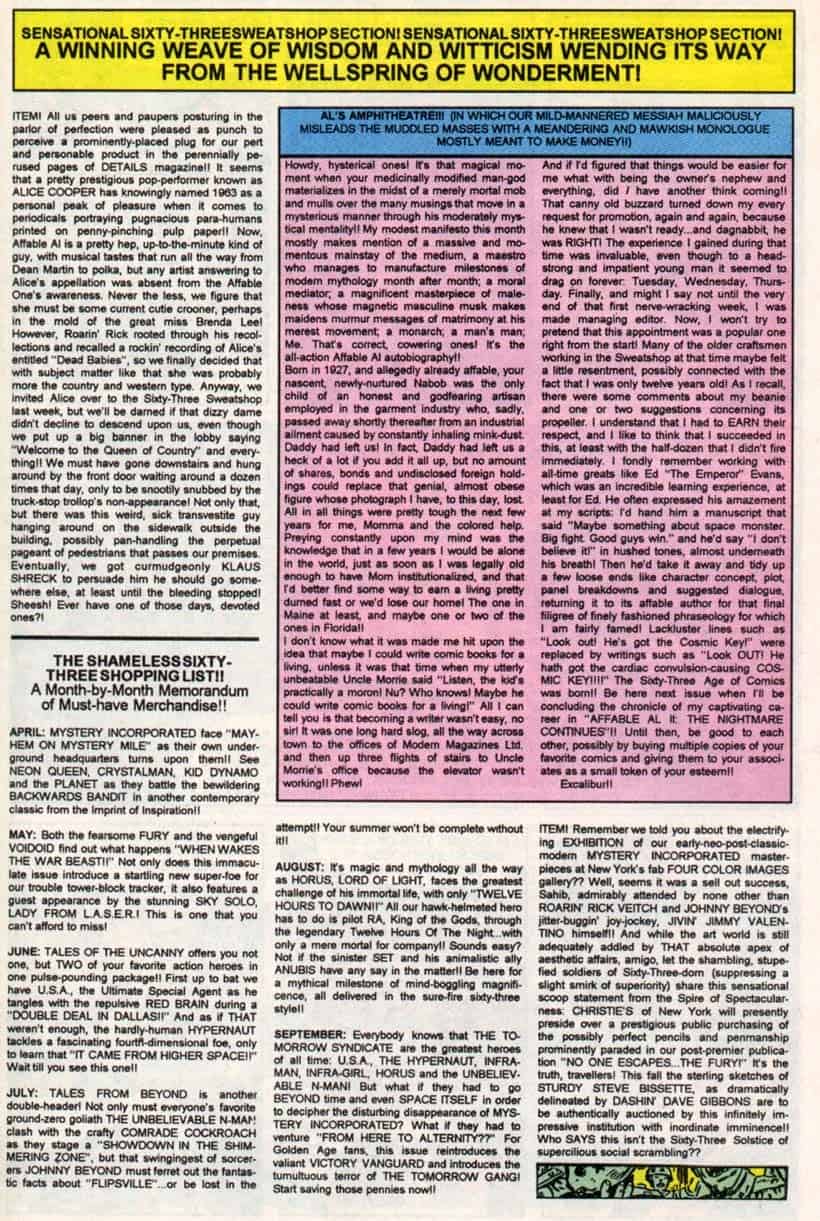 In the failure to complete the project, reflections on the finished six issues become distorted. Without the payoff, these read as clunky stories with no self-awareness. The characters, by the very nature of the project, are unoriginal and extremely one-dimensional. The narration is littered with over-exposition as was the standard for the mimicked era, and the dialogue carried with it the redundancies of the Silver Age, describing what the reader was already seeing in the art. While some of the characters would make brief appearances further down the line, in general, this project was abandoned to the ebb and flow of time. The largest impact, however, would come in the form of Moore doing other work around the Image Universe, most notably on Jim Lee’s WildC.A.T.s series, where the writer would pen a critically acclaimed run. Unfortunately, some believe that Moore’s work for other Image founders may have led to some unrest among the founders but I can’t personally speak to that. Either way, though – the very fact that Image, that upstart Image, was able to land Alan Moore was a hugely significant moment in the company’s burgeoning history. The end, unfinished result for 1963 is almost beside the point. If Image could be in the Alan Moore business, what other heights might it reach…?

NEXT WEEK, Image gets trippy with Sam Keith’s THE MAXX!