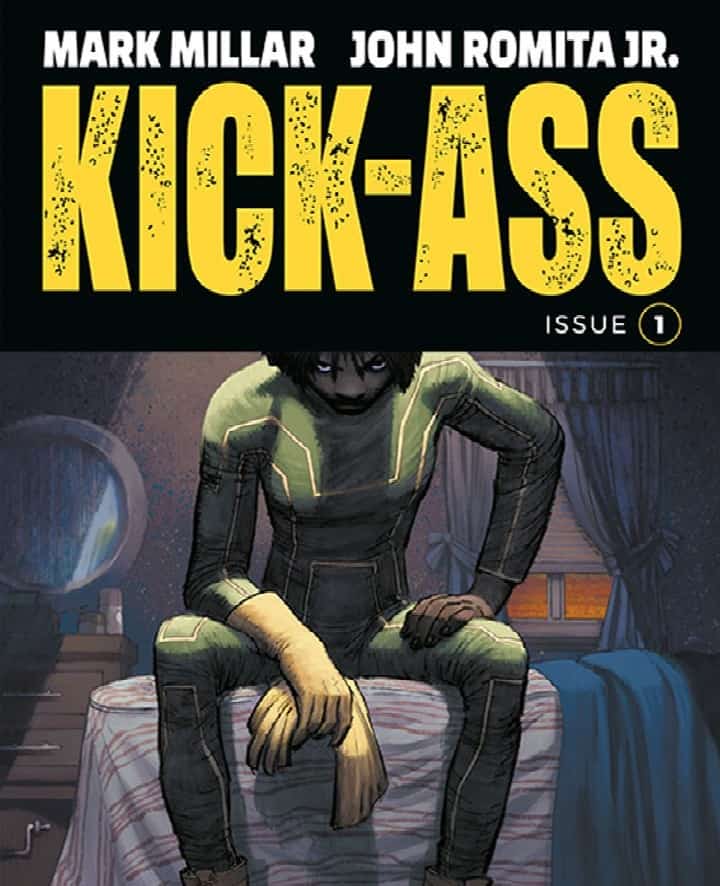 In 2018, 10 years after its original release, Mark Miller and John Romita Jr will be bringing us a New Kick Ass comic book which will be published under the Image imprint and not Marvel, as it had been previously. It will feature a completely new and very different character in the famous green and yellow costume!

Earlier in the month, we reported on Millar’s announcement of the first project since being acquired by Netflix The Magic Order which Millar very excitedly tweeted about earlier today and I quote him off Twitter:

“My editor @Rachael_Fulton & I losing our minds over Olivier Coipel’s art for The Magic Order. How can a human being be this good?”

“I’ve done this job since I was 19. I’ve worked with the best in the industry. But this is the greatest art I’ve ever had in my career. Olivier is just another level. The Magic Order out in Spring.”

Exciting stuff for fans of Millar’s work but he is not stopping at new work and now nearly 10 years after the original first run of Kick-Ass Millar is bringing us an all-new series which he revealed details of in an exclusive interview with Entertainment Weekly.

Millar describes how in the run-up to Netflix purchasing Millarworld’s two properties was not on the table. The first being Kingsman and the second Kick-Ass because of special arrangements Millar had regarding them with producer, director and screenwriter Mathew Vaughn. It was while preparing to make the sale of Millarworld to Netflix that he came up with the all-new idea and direction for a new Kick-Ass book which was written in completion in that year running up to the sale. The franchise has enjoyed success spawning 2 motion pictures and everything else from Pez dispensers to a board game.

The new series which launches in February 2018 as a monthly will revolve around Patience Lee, a black woman who is also a military veteran and has children. Millar claims to be fascinated with the idea of mom heroes, a concept he exploited in another title called Empress and which according to the report allows him to explore something else he is interested in: legacy characters which inherit the mantle of predecessors. the previous hero of the series Dave Lizeski story arc has been completed and Millar believes he has created a way forward for the series while being true to its roots.

“I wanted to shake up the setting a little and shifted the whole thing to New Mexico. The lead is a woman this time, a mother in her early 30s with two young kids. She’s also a military vet who came home to find her life in a completely different setting from the way it was when she went to Afghanistan so the actual dynamic of the book is really different, but at the same time the flavour is identical.”

One thing that this new run will have in common with the previous series is the art of one Mr John Romita Jr! Millar has an almost magical knack for attracting the best in the industry to his work and Romita Jr is no exception. The two have a history going back to 2006 when they did a Wolverine story together Enemy of the state. They then joined forces to do Kick-Ass and launched original series in February of 2008.

One thing is very clear 2018 is looking like it’s going to be a banner year for Millerworld and Mr. Mark Millar.