IN MEMORIUM: Legendary Artist Neil Adams Passes Away at the Age of 80

The comic book industry has lost another icon.

Neal Adams, the legendary comic book artist who helped reinvigorate Batman and other superheroes with his photorealistic stylings and championed the rights of creators, has died.

Adams, who was 80 years old, passed due to complications from sepsis, according to The Hollywood Reporter, who obtained the cause of death in a statement from his wife, Marilyn Adams.

Born in New York City on June 15, 1941, Adams attended the School of Industrial Art in Manhattan, setting his sights on comic books early on in his career, he was at first rejected by DC in the late ’50s, instead, doing humor gags for Archie Comics. He also worked in commercial advertising, bringing a comics art style to his efforts, which would later influence his DC and Marvel work and help him stand out. Adams also worked for several years in the ’60s on a daily comic strip featuring Ben Casey.

Adams’ career in the comic book industry took off in the late 1960s and early ’70s first at DC working on Deadman, then at Marvel with X-Men and The Avengers.  Adams will be remembered the most for his work on Batman with Dennis O’Neil, as the two brought a revolutionary change to the hero and the comics, changing the character from the campy character of the Adam West Batman show to one of realism and a return to a darker direction.

His other additions to the Batman mythos included new villains such as the Man-Bat, Ra’s al Ghul as well as the latter’s daughter, Talia, who became Batman’s lover and mother to his child. His stint on Batman also reinvigorated villains, such as the Joker who had grown stale, taking him from a comical menace to more of the homicidal maniac he is today, cementing his position as Batman’s archnemesis.

Adams’ other work with O’Neil included the then-controversial turn for Green Lantern/Green Arrow, as the two tackled social issues such as drug addiction, racism, and overpopulation. He also helped create the Green Lantern hero, Jon Stewart, who became one of DC’s first Black icons.

In the mid-’70s that Adams left working for DC and Marvel, launching Continuity Studios, an artist’s studio that produced comics, commercial art, and storyboards, among other services.  He was also was a champion for getting creators greater recognition for their creations.  Adams helped writer-artists who laid the foundation for Superman creators Jerry Siegel and Joe Shuster. after learning of their plight, eventually helping the two receive greater recognition for the creation, a pension, and a creator tag in comics and other media which continues to this day. 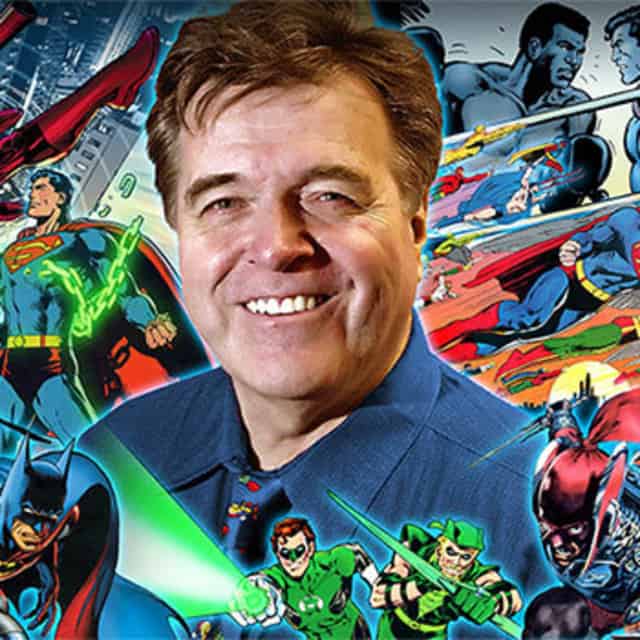 IN MEMORIUM: Legendary Artist Neil Adams Passes Away at the Age of 80