Injustice 2 has released the newest images of the 3rd Fighter Pack!

What You Need to Know:
Injustice 2 is a Fighting game that is currently available for the Xbox One and the PlayStation 4. This was the second release in the Franchise, and from the developer, that gave us Mortal Kombat. The Comic Book community has been a Buzz since they had released that Hellboy ( a Dark Horse Comics character) would be joining the roster of the DC fighting game. Well, this announcement has taken this one step further. 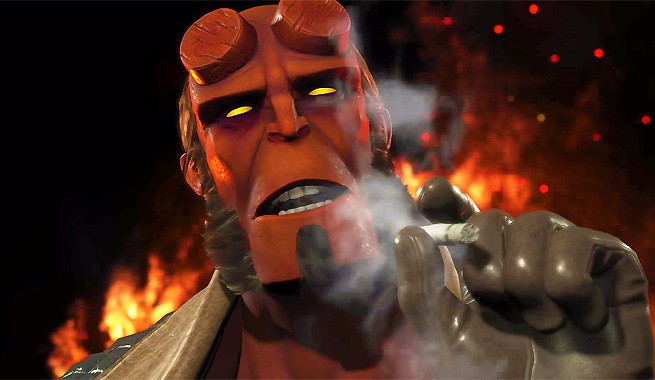 The Character select screen has eluded for some time that The Atom would be a Downloadable character, but we also have now seen that Lord Raiden ( Mortal Kombat)joined the list of Combatants as well. Picking up on the success of Suicide Squad they chose to add The Enchantress as well. Possibly to foil Dr. Fate, who can say, but, the biggest “Oh Wow!” moment is when they revealed the Teenage Mutant Ninja Turtles!

No gameplay has been shown, although it is alluded to in the video that they may all fight as one playable character. The Update is scheduled for Release in Early 2018.