on April 16, 2021
Ig Guara has been an artist in the comic industry for close to ten years and has worked on many projects across the different labels.  You can see his work in DC Comics’ Batman: Arkham Knight, Teen Titans, and Blue Beetle as-well-as Marvel’s All-New Wolverine and Pet Avengers, to name a few.  Most recently, he has worked with BOOM! Studios to beautifully bring the world of Magic the Gathering to life in their new ongoing comic series which was released on April 7, 2021.  Comic-Watch was lucky enough to sit down with Ig Guara and ask him about working on the comic and his love of the card game! 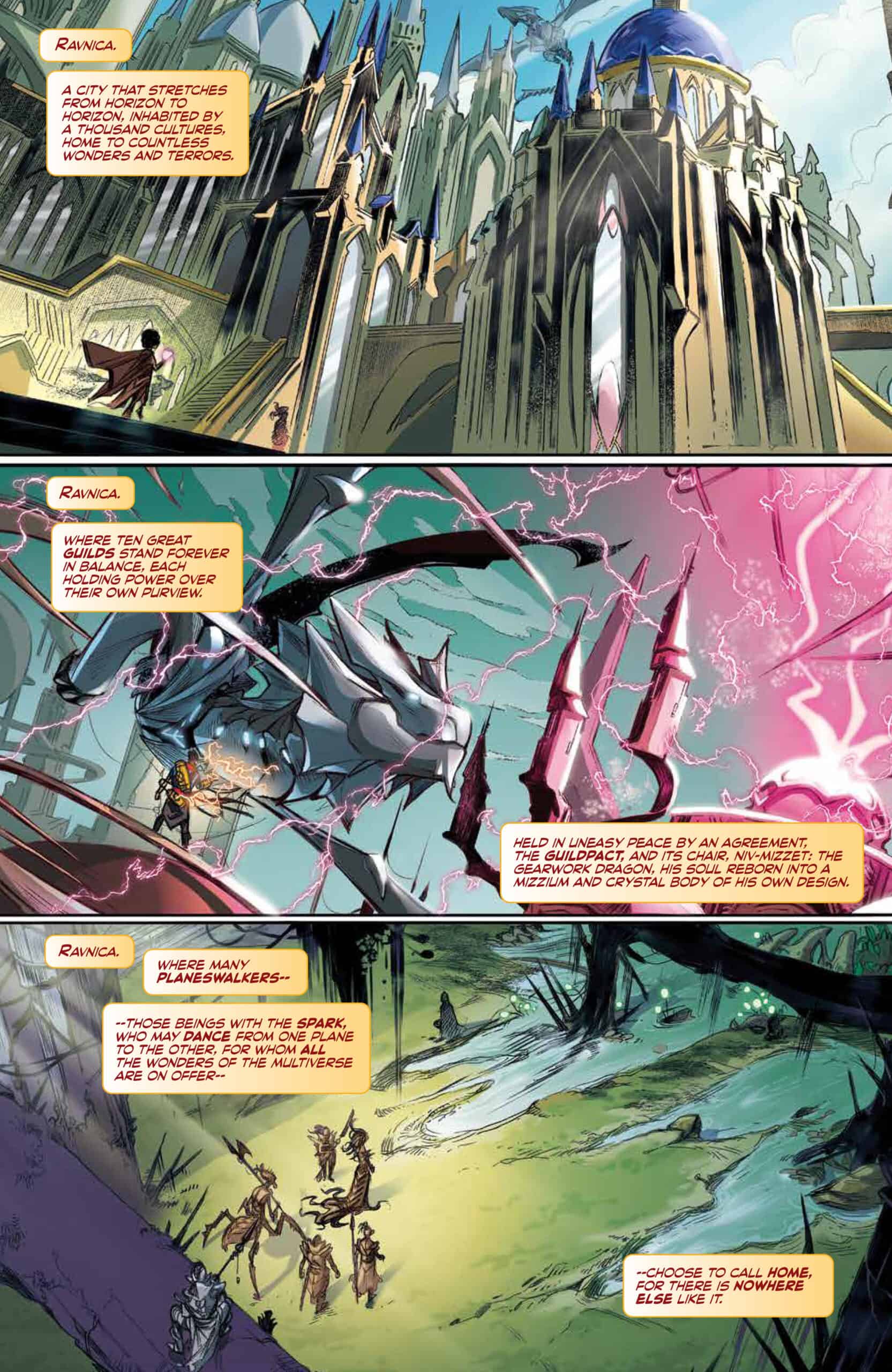 1. On BOOM! Studios’ website, you mentioned that you have been playing Magic: The Gathering for over 20 years.  What influence has the game had on you as an artist over that time?

For a long time, while I was learning to draw and when working with comics it was just a dream, MTG art all but dictated what I understood as fantasy art, together with D&D.
2. Is there a particular artist from Magic: The Gathering that has been an inspiration for your own art?
Wayne Reynolds! To this day his amazing kinetic art and amazing designs have a huge influence on me, especially now working on MTG.

3. As someone who has been a fan of the game for so long, what is it like to now bring the multiverse to life?
It has been exciting! I do try to be respectful, not only because of the huge following, but also because of my own love of the game and it’s lore. Of course, some things have to be adapted, not all that work for card art can work on comics. There is a difference between making illustrations and comic pages, translating some of those things into a storytelling form. I think fans from both worlds will see that we are making a good job adapting Magic to a different media,
4. I was really excited to see that the comic takes place on Ravnica after the events of War of the Spark.  Ravnica is obviously a fan favorite for many.  But there are so many planes to explore and I am sure our heroes will be on the move soon as the story unfolds.  As a player, do you have a favorite plane?
Yes, Innistrad is my favorite plane, I love its werewolves and horror theme! Ravnica and Zendikar are tied in second tho.

5. What about as an artist?  Does a particular plane have an aesthetic that appeals to you?
Not in particular, I feel that the art has almost always been on point in delivering the looks of the many fantastical worlds in MTG, from steampunk to horror.

6. In the comic, your awesome rendition of the Azorious Senate looks inspired by the artwork for Hallowed Fountain from Ravnica Allegiance.  What other cards/art did you draw inspiration from when bringing Ravnica to life in this first issue?
Yep, I have placed some old and new cards Easter eggs here and there, some artifacts, locations and characters. 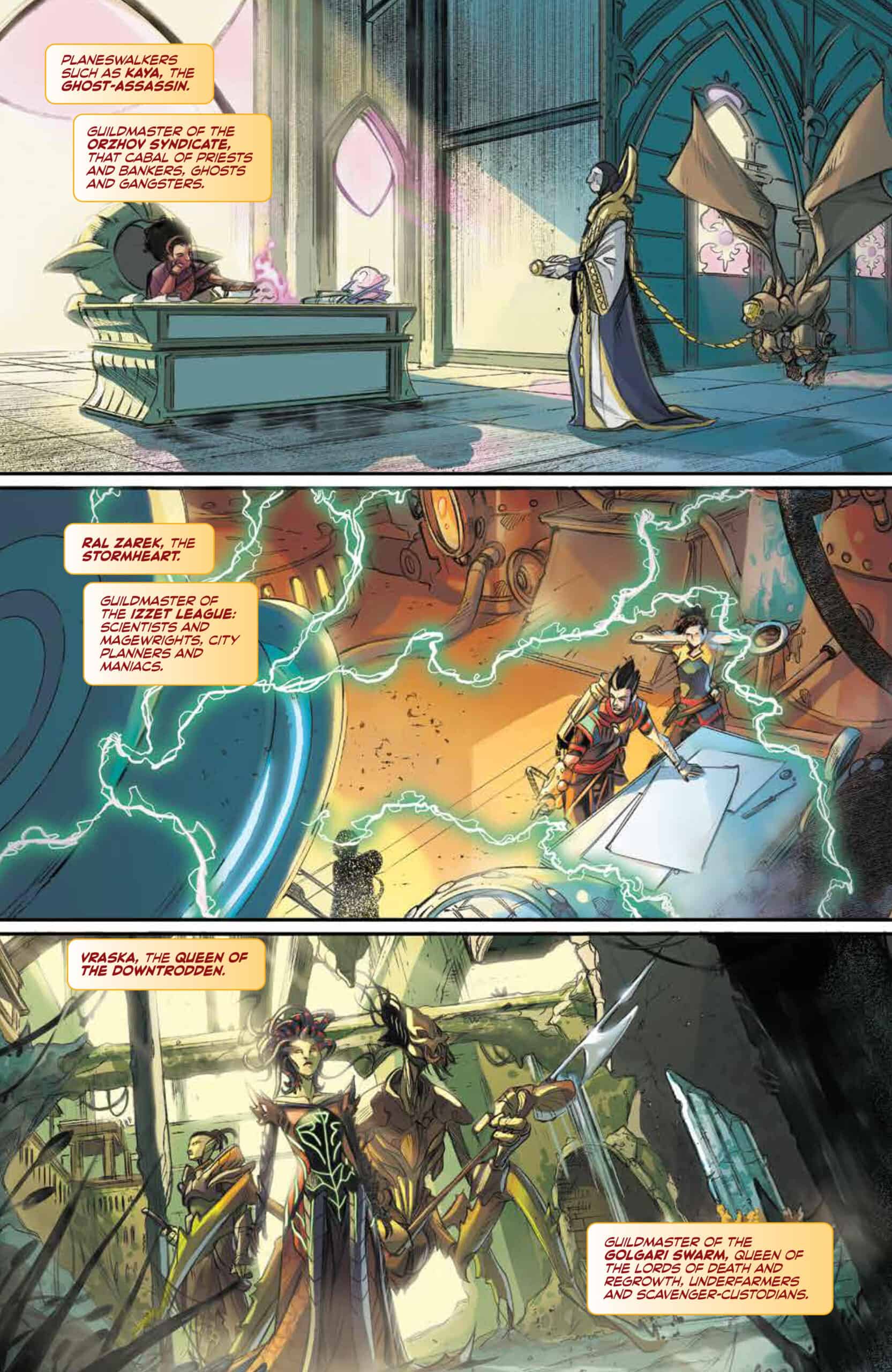 7. Thank you so much for taking the time to answer my questions!  But I have one last question that I must ask; On BOOM! Studios’ website, you’re quoted as saying that you were working on a Commander deck when you got the proposal to work on the comic, what commander were you building around at the time?  Also, what is your favorite playstyle?
I was working on a Lord Windgrace lands/tokens deck. I’ve been a Golgary player for as long as I can remember, even outside the guild identities I gravitate towards the so-called “rock” grinding strategies, like Jund and Sultai.

Also, when I am feeling a little evil, I play Dredge lol.