Vault Comics is an undisputed rising star in the publishing industry. Already known for hit titles such as ‘Wasted Space‘ from Michael Moreci and Hayden Sherman, they even have multiple live action adaptions in the works for ‘Vagrant Queen‘ by Magdalene Visaggio and Jason Smith, as well as ‘Heathen‘ by Natasha Alterici.

Their next great series comes from Jon Tsuei and Audrey Mok – with colors by Raul Angulo and letters by Jim Campbell – titled ‘Sera and the Royal Stars‘ which saw the release of issue #1 on July 17th, 2019. Comic Watch recently had the opportunity to dive a little deeper into this epic fantasy comic with the series’ incredibly talented writer, Jon Tsuei, to find out everything from inspired this story to what we can expect in the near future… 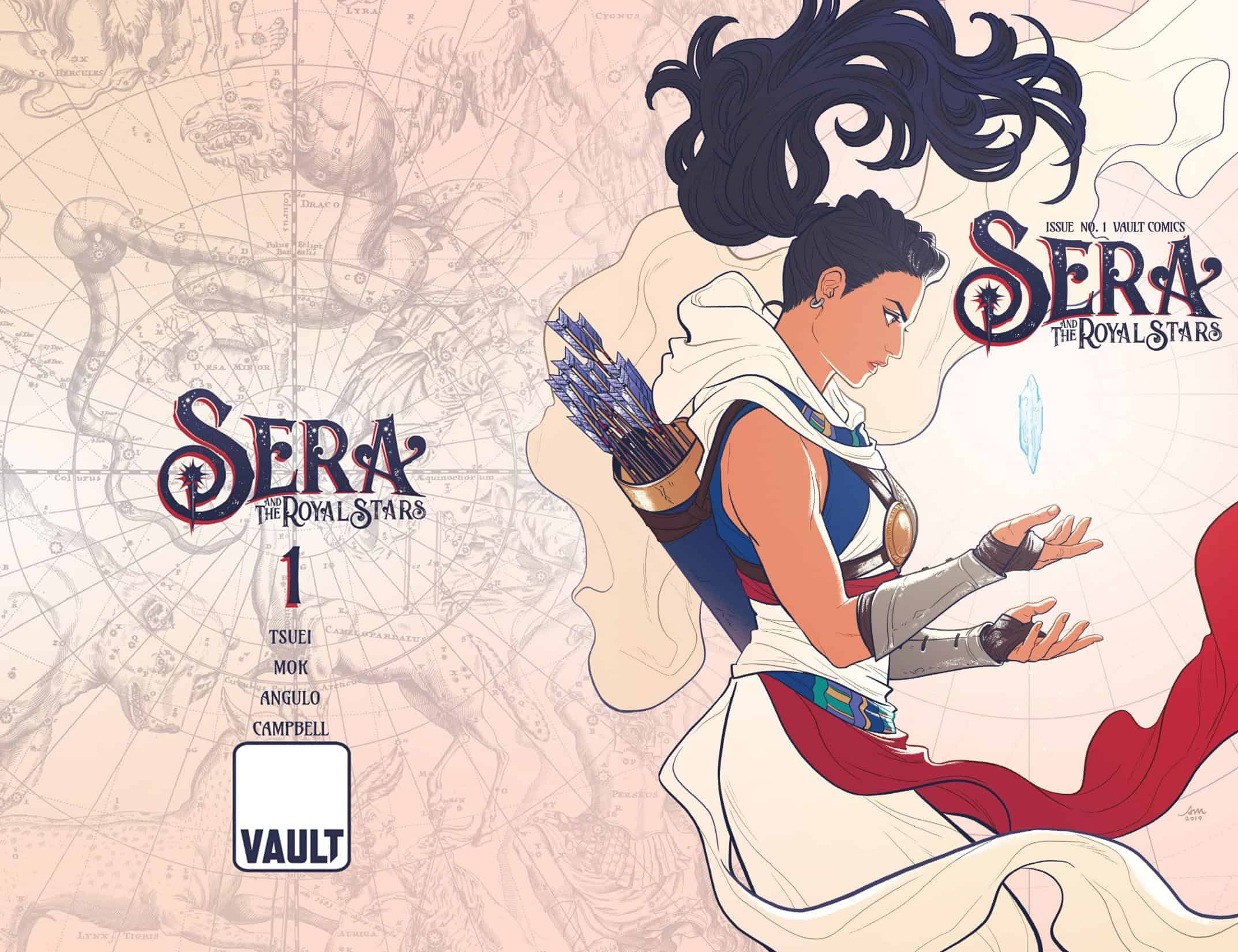 CW: ‘Sera and the Royal Stars‘ feels like a fully realized world. What are some of the biggest influences and inspirations behind the Kingdom of Parsa and these unique characters?

Tsuei: The influences came mainly from researching the Royal Stars and ancient Persia, which consisted of reading Zoroastrian texts, academic studies on the histories of star lore and the Achaemenid and Sasanian empires. This isn’t a historical retelling, so you won’t be able to pin down a specific time period of Persian history, but I tried to show respect to the culture and people who first introduced the story of the Royal Stars. When it comes to genre influences, I think you can see some influence from video games that are very much a part of my DNA like Final Fantasy VI and VII.

CW: Sera is a strong character who already feels like she is capable of taking on any challenge, so what can you tell us about how this new journey will impact her in future issues?

Tsuei: When we first meet Sera she is definitely capable and not afraid of taking on new challenges, but she’s lived most of her life as a royal wrapped up in war. This quest is her first real exposure to the world beyond Parsa and all the magical curiosities that exist in it. Sera is going to have her world view and sense of familial duty challenged, and that changes her as the story progresses. 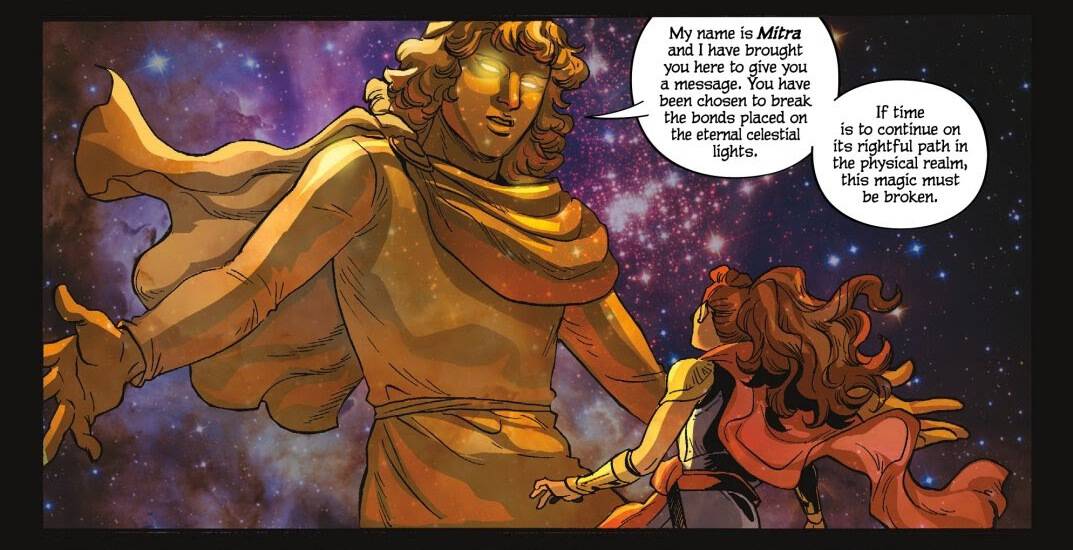 CW: Can you provide any insight about your decision to include the deity Mitra in such a vital capacity?

Tsuei: Mitra, also known as Mithra or Mithras, is a deity that appears not only in Zoroastrianism but also Hinduism and the Roman mystery school known as the Mithraic mysteries. Zoroastrianism is a monotheistic religion, so Mitra isn’t necessarily a “god” in that religion, but he is an exalted being. A common theme in classic tales of the divine is that gods often use humans to further their own objectives without much care for how it affects the humans involved. I wanted to echo that myth-like feeling in our story.

CW: Sera’s Father, the King of Parsa, and his vengeful brother are in a spiteful war that seems to be escalating quickly. Is this backdrop of war something that’s going to be revisited as the series continues?

Tsuei: Yes, while it’s not the main driving point of our plot, it does play an important role in Sera’s decision making and we see rather quickly how this war affects her.

CW: From the western territories of Parsa where Sera fought the invaders to the eastern temple where we meet The Bull, this story feels like a true epic. Is there anything specific that has always drawn you to stories like this?

Tsuei: Big stories are a lot of fun to live in and write, but I didn’t set out to write a story of epic scale, I’m just following where the story wants to go. I don’t necessarily see myself as the “creator” of this story, but more so the excavator. Sera and the Royal Stars has always existed somewhere, I’m just helping to uncover it for our world to see.

CW: What was it like to work with Audrey Mok and the rest of the creative team for the visuals on such a grand story?

Tsuei: I absolutely love working with Audrey, Raúl Angulo and Jim Campbell. Each one of them is a true artist and storyteller. Audrey and I have a strong working relationship built on trust and communication where we value each other’s ideas and feedback. That extends to Raúl and Jim as well. The early stages of my collaboration with Audrey had a lot of back and forth, trying to get the character designs just right. Some of the designs came together easily, like the design for The Bull. Others took a bit more time to flesh out, but Audrey isn’t just a great storyteller, she’s also an amazing designer. I think that’s evident throughout the book.

We try to extend as much creative freedom to Raúl and Jim. The beautiful colors and lighting that convey such powerful mood and emotion are Raúl’s choices. The typeface and style of the word balloons that seamlessly flow throughout the story were Jim’s choices. All of us put our efforts toward telling the best possible story we can, and I couldn’t be happier with this team. 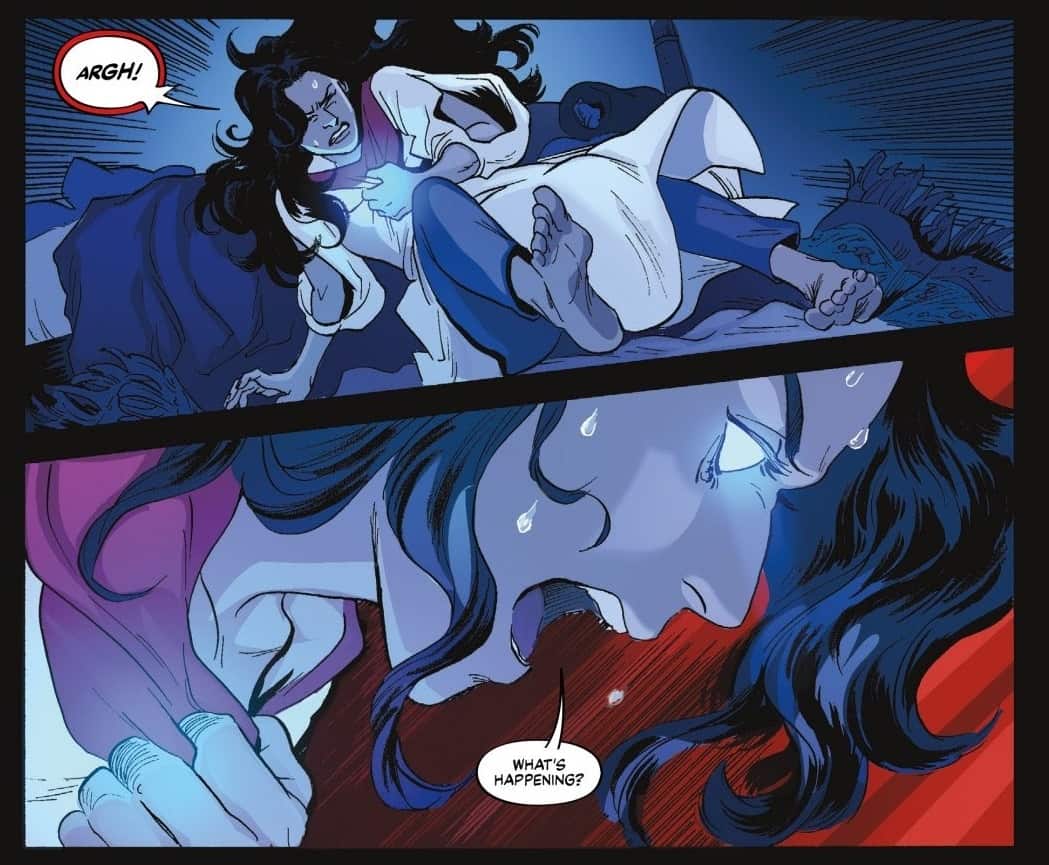 CW: Vault is quickly becoming one of the most talked about publishers in the industry, what do you think made them such a natural fit for the series?

Tsuei: I met Adrian and Damian Wassel at San Diego Comic Con in 2017 through some mutual friends. I really liked that they made it a point to carve out a home for fantasy comics, which we didn’t have a lot of at the time. The first story I pitched actually wasn’t fantasy, it was a sci-fi story that had some mystical elements in it, but I was also working on SERA at the time. I sent both pitches to Adrian and he liked SERA over the other story and was super enthusiastic about it. After a couple of phone calls, I knew we had a similar approach to storytelling and that we would work well together. It’s not some marketing line when Adrian says he loves all the books Vault publishes. He really does love every title in their catalogue. Adrian’s enthusiasm for the story and our ability to work so well together made the decision an easy one.

CW: Live action comic adaptions are still all the rage, and Vault’s own series ‘Heathen’ was recently optioned for a live action film. While it might be too early for those types of conversations, is that something you would be excited to see for ‘Sera and the Royal Stars’?

Tsuei: I would agree that it’s a bit early to start thinking about that, haha. But if SERA were to exist in some other medium, I would be most excited to see it as an animated series with Audrey as the lead character designer. I’ve always loved animation and I can see our story working well in that space.

CW: Lastly, without spoiling anything, what are some of the exciting things we can expect in the near future from this series?

Tsuei: More stars! Readers meet the first of the Royal Stars in issue 1, but there are more of them to come as they’re central to the story. We also meet some not so royal stars throughout the story and travel to various landscapes, some terrestrial and some not. So, we got more family drama, magic and ancient celestial beings on the way!

There you have it folks, ‘Sera and the Royal Stars’ is a beautifully epic fantasy story that truly is the next can’t miss title from Vault Comics. On a personal note, I couldn’t agree more about an animated series based on this comic! Now THAT would be something to see…

As always, stay tuned to Comic-Watch.com for all your comic related news and reviews!