Bringing People Together: An Interview with Christopher Carter of GlobalComix

Comic Watch: Hi Chris, thanks so much for taking the time to talk with Comic Watch today. For those who may not be familiar with GlobalComix, can you talk about GlobalComix and how it came about?

Christopher Carter: Thank you for having me! GlobalComix is something I’ve wanted to build for over a decade – starting back in 2009 when I was part of an international manga translation community. At the time, I was moving between countries quite a lot, and I found myself wanting to access the comics from each country I’d previously been in when I moved to the next. Nothing of the likes existed back then. Unfortunately, that was a bit too early for people to fully hop on the digital train, so the project was put on ice for a few years.

Fast forward to 2019; I’d built a prototype of GlobalComix on the side, raising funds to get it off the ground. I was successful in doing so, and taking the lead was the CEO of the company I’d just previously worked for. Our mission reaffirmed: to help comic creators become successful online and to connect readers with amazing and inspiring stories from places of the world they’d never even considered.

CW: What was the driving force in creating the Talent Marketplace?

CC: We took a long and hard look at what the comics industry and community were doing. We found that some are focused on digital-first comics (such as Webtoons), some are focused on building print comics and pitching publishers, and many are stepping into the realm of crowdfunding to get their books out there.

The most common denominator that we found was that almost everyone is also looking for either people to collaborate with or for folks to commission them for work. Further, we found that most people go hunting for these gigs in non-specialized locations — such as Facebook groups or SubReddits, which while populous, are not conducive for the type of listings that commissions or collaboration requests are — highly specialized listings that need to be filterable and discoverable by criteria unique to the comics industry.

Therefore, we wanted to double down and live into our mission of helping comic creatives be successful by providing a tool and resource that hopefully could take much of the pain away for finding gigs or teammates.

CW: If I’m a creator, why should I use the Talent Marketplace?

CC: The Talent Marketplace gives you a centralized way of offering your services for others to discover (and commission you for) that is streamlined and optimized for the comic creation creative process.

When applying to a listing or requesting a commission, we ask people to share their experience and skills with context along with their visual portfolio and present that to you in an easy and digestible way. We give you the tools to have real-time communication with each applicant/client in the context of their request without needing to share your personal information like email or phone number until you’re ready for it, and we have partnered with C3 Consulting to offer legal and contract advice with a free consultation for all creators who use the talent marketplace.

This gives you as the creator full control over your workflow, your needs and client requests, and proper advice on how to formalize partnerships or bigger contracts.

In a way, you could say that this is a version of LinkedIn that is hyper-specialized for the comic industry in all the right ways!

CW: In the past couple of years, we’ve seen a boom (of sorts) within the digital comics community. Going forward, how important and what role do you see digital comics playing?

CC: I think this is absolutely the right question to ask, and it’s not because there’s some form of juxtaposition between digital and print, but because they are two parts of the same wheel.

The ultimate power of digital is not just convenient instant access and lower prices, but the fact that the audience size potential for each story is astronomically much larger. Instead of just competing for eyeballs in a set of limited physical spaces, creators and publishers have the opportunity to reach readers in completely different countries and markets without having to invest up-front in the supply chain and market validation. 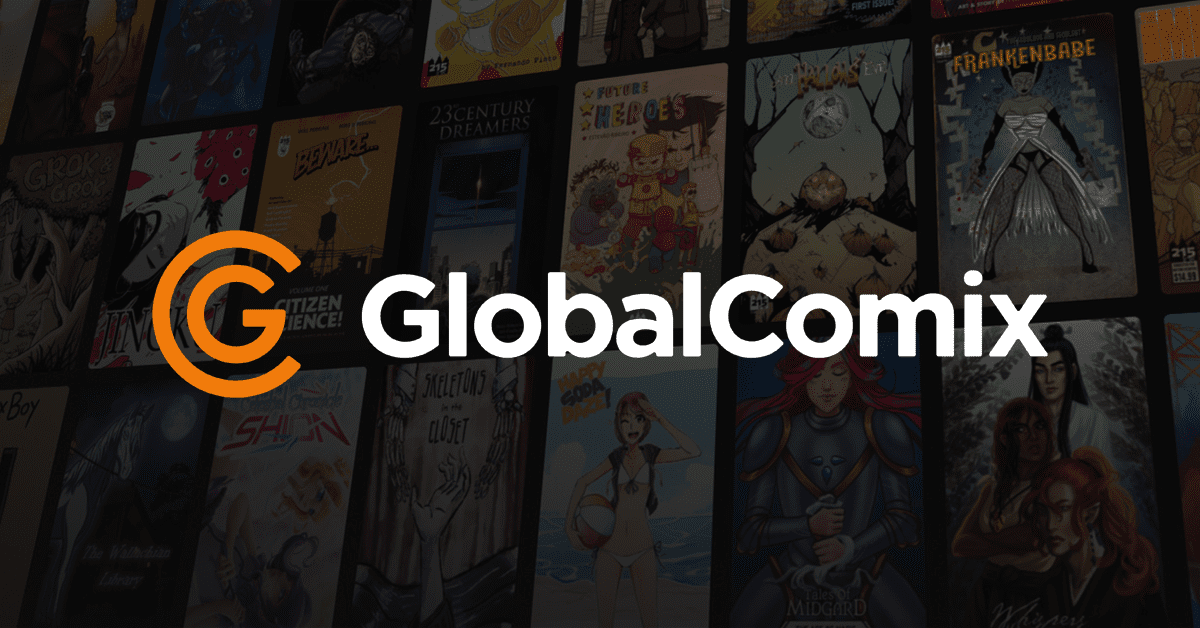 For example, as a Norwegian guy now living in the US, there are a LOT of really amazing stories that I’ve experienced but can’t share with my friends and community here due to lack of availability. Digital fixes this problem unilaterally, and as such, we will see more multicultural communities from different parts of the world unite and get excited in their appreciation for stories that appeal to them personally, without worrying about “If I like this, how can I read the next issue?”.

Equally, I think it is extremely important that creators and publishers actually fundamentally embrace this shift in thinking – using digital as a means for getting the word out en masse and traditional or print as a means of rewarding those that become their most loyal fans (super-fans).

Collectables and collecting comics are not going anywhere, anytime soon. What I do think will happen is that people will start collecting a much wider variety of comics than what they’ve done before, in perhaps more personal and meaningful ways than solely because “they’re a Marvel or DC kinda person”. If you think about it, that seems kinda inevitable when you expose more people to more comics from more creators 🙂

CW: Do you foresee taking the Talent Marketplace to conventions and using that as another potential source for not only connecting talent with talent but possibly for future partnerships?

CC: Absolutely. The Talent Marketplace to us represents a way for us to help improve the comic industry and people’s lives directly, and we would love for nothing more than to work with established names and brands in the industry alongside the world’s top indie creatives to expand opportunities available to everyone.

I could imagine a few really awesome experiments we could do with TMP at conventions – similar to how indie game developers treat events like Game Developers Conference (GDC).

(Thinking out loud) – And wouldn’t it be awesome if we let creators tag their offerings/listings with their “Artist Alley” location at events for people to seek them out and have in-person conversations?

Maybe organizing “recruiting events” might also become a thing? The future of TMP is bright and filled with many opportunities!

CW: When connecting talent with other talent, is this strictly on a digital comic platform, or are you connecting folks with other platforms like Kickstarter?

CC: The Talent marketplace is intended to solve many connections and needs from the pre-production and production phases, all the way to post-production and business services. Currently, listing creators can indicate what the production outputs are and which roles they’re seeking or offering, be it from character and concept designs, through comic issue(s) production, and all the way to crowdfunding campaigns.

The GlobalComix platform itself actually integrates nicely with crowdfunding as a concept – creators can list their KS/IGG/GFM campaigns prominently on their profiles and in the comic reading experience to drive readers (of backlog, previews, etc.) directly to their active campaigns. We also let readers filter and discover comics by settings like whether a comic is actively being crowdfunded or if they’ve had successful crowdfunding campaigns previously.

And, lastly – we actually have quite specific tools for helping creators do digital backer rewards through our self-serve digital promo/gift code tools, where creators can easily reward backers with free access to their new or older paywalled content without a lot of hassle.

CW: What have been some of your favorite projects that you’ve seen come through GlobalComix. What would be some titles that you would recommend to the discerning reader that isn’t completely sold on digital comics?

CC: I don’t consider myself a traditional “Publisher A vs. B” type of comic fan, and so I try to find interesting stories that go beyond what I can find everywhere else. In that search over the last year, I’ve personally been captivated by many of the comics that have come from indie creators such as IronVerse Comics, Hexapus Ink, and Quoth the Comic. On the publisher side, I’ve come to be a big fan of AWA Studios and Source Point Press, as I really like the types of stories they’re bringing to the comics world beyond more than just being a brand fan. That said, I also think that some of the more classics from Humanoids are pretty high up there and worth mentioning.

Ultimately, though – I really wish people would stop thinking about digital comics as a separate thing and more as a method for discovering new worlds they might like to learn more about and get invested in, whether that is through merch or printed copies down the road.

CW: Chris, thanks again for talking with us today; it has been our absolute pleasure. What is on the horizon for Chris Carter and GlobalComix?

CC: For GlobalComix, 2022 will be a big year. We will be ramping up our convention attendance again now that we can do so safely, so we’ll be able to meet and talk with so many more people that are deeply invested in this industry 🙂 Personally, this is the most exciting part!

Separately, we’ve got over 10k new comics to be published in our roadmap, are looking to launch native mobile reading applications (iOS/Android), and will be significantly ramping up our efforts to connect readers with awesome stories at a fair price point that fiscally supports the creators and comics industry.

Oh yeah – and the platform will most likely also become available in multiple other UI languages as well!

In that sense, I’d say that it will be a year of expansion, growth, and polishing. 🙂

Bringing People Together: An Interview with Christopher Carter of GlobalComix

Forget Your Tribbles, Come on, Get Happy! A Pride Month Chat with David Gerrold
June 3, 2022